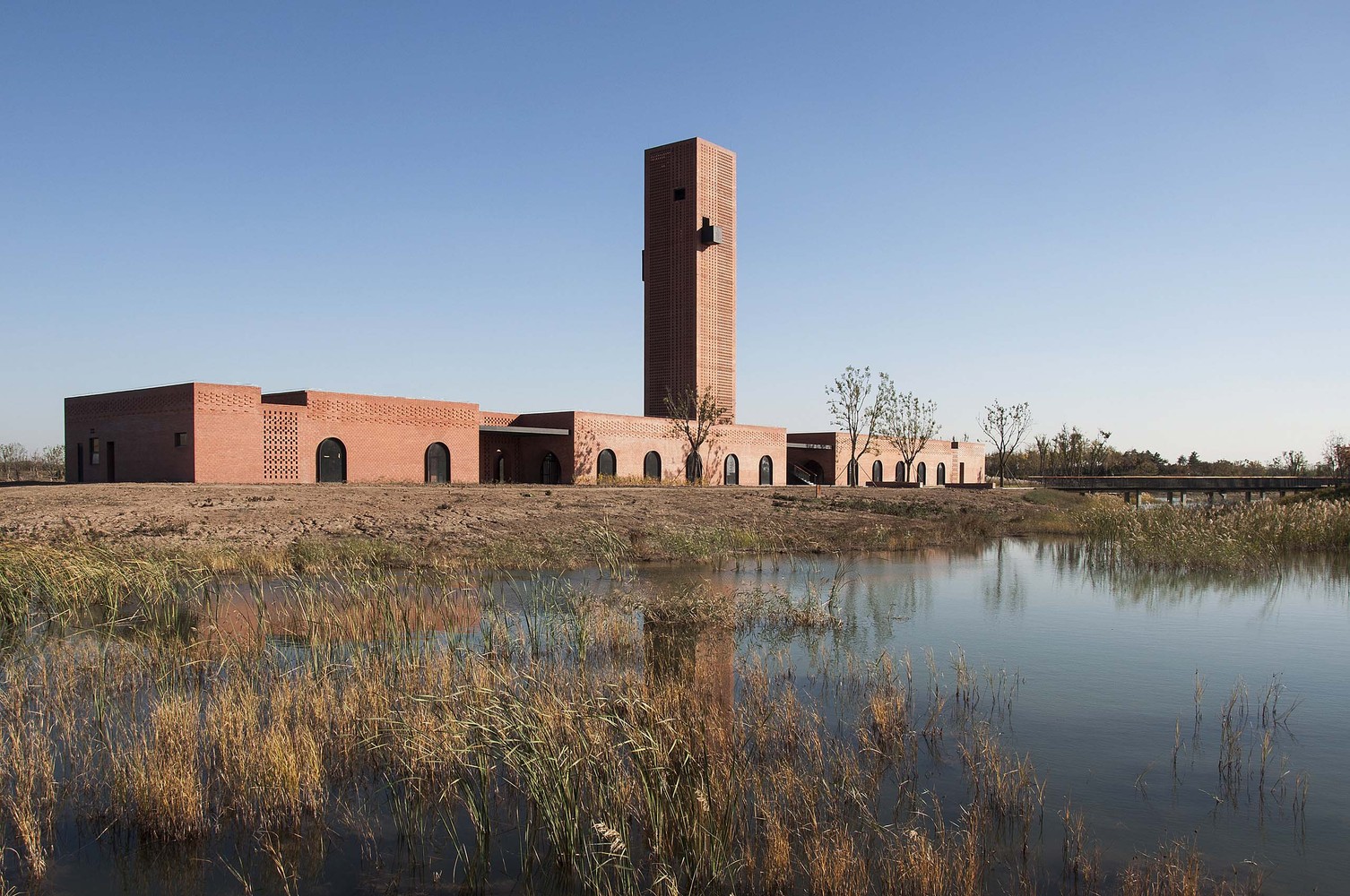 The Shanghai-based studio Interval Architects, co-founded by architects Oscar KO and GU Yunduan, has recently completed the project of the new Botanic Art Center, located between the prefecture-level city of Hengshui, Northeastern China, and the wetland on its outskirts.

The new 2,065 sqm exhibition center has been built on an area previously occupied by an abandoned Hoffmann brick kiln, used by the nearby factories to drain their wastewater onto, which was closed for environmental protection reasons – Hengshui is one of the thirty most polluted cities in the world – and then demolished because of its complete state of neglect.

With the governmental plan to convert the wetland into a park with botanic art center, the architects decided to preserve the historical memory of the site through the choice of materials and spatial and massing compositions that reference to the old kiln but programmed with most modern functions. The old chimney of the kiln has been entirely rebuilt and turned into an observation tower with four viewing platforms at different altitudes.

The introversive and industrial nature of the old Hoffmann kiln that previously stood on the site of the new Botanic Art Center designed by firm Interval Architects contrasts with the new architecture, which is a cultural exhibition facility open to the public. The looped and vaulted space surrounding the central courtyard of the old kiln has been replicated, however interrupted by several courtyards that blur the boundaries between interior and exterior, architecture and landscape, reinforcing the extroversive and public nature of the center. As opposed to the continuous vault of the old kiln, the arcade of the new botanic center is composed of a series of vaults which creates a visual and experiential progression of spaces in relation with the light and defines separate but interconnected exhibition galleries.

Other courtyards have been proposed at the northern and southern ends of the building, between the restaurants and the kitchen, to allow better natural lighting in the dining spaces. The old chimney of the kiln has been entirely rebuilt and turned into a 35.6 m high observation tower with four viewing platforms at different altitudes. Even in terms of materials the architects have opted for a brick cladding of the concrete structure to recall the past appearance and materiality. Various kinds of stacking patterns of bricks have been used on the façades in order to break the solidity and heaviness of the walls, to create dynamic light and shadow effects and to promote the public and open nature of the center. 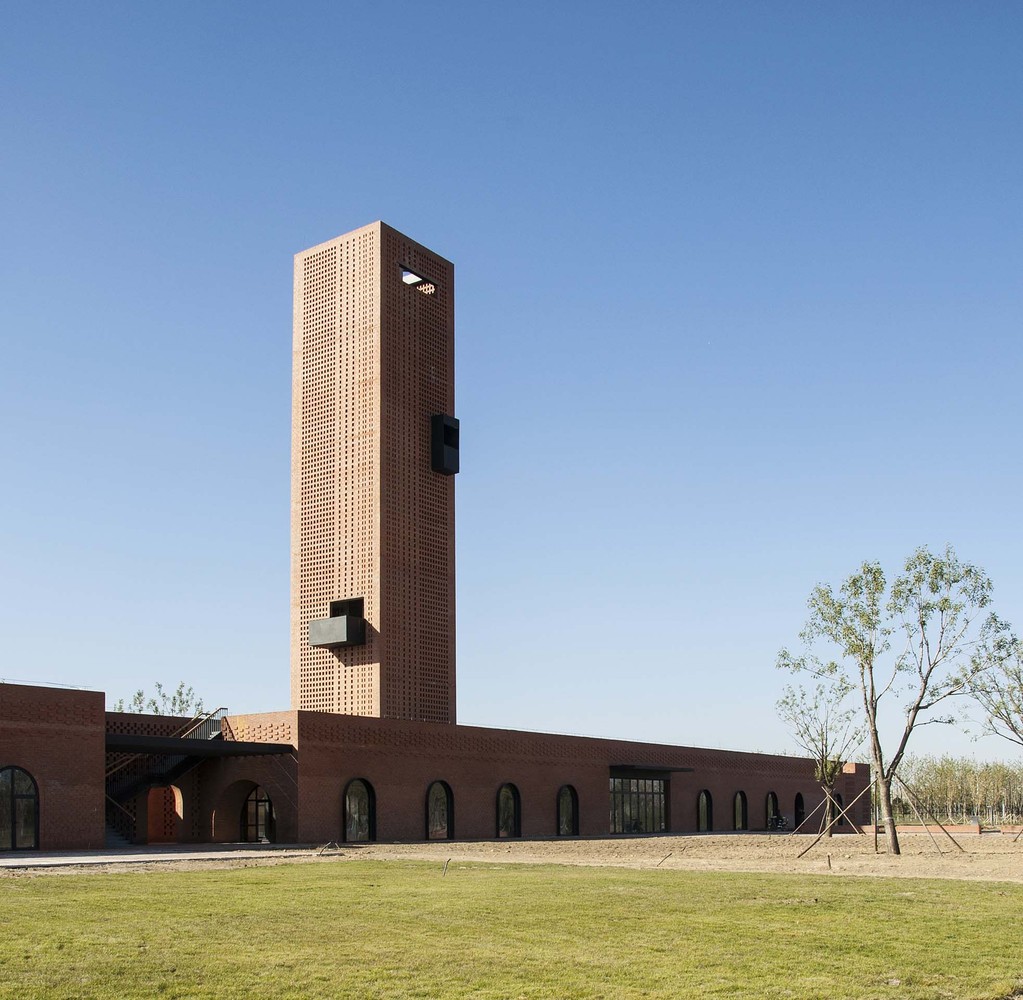 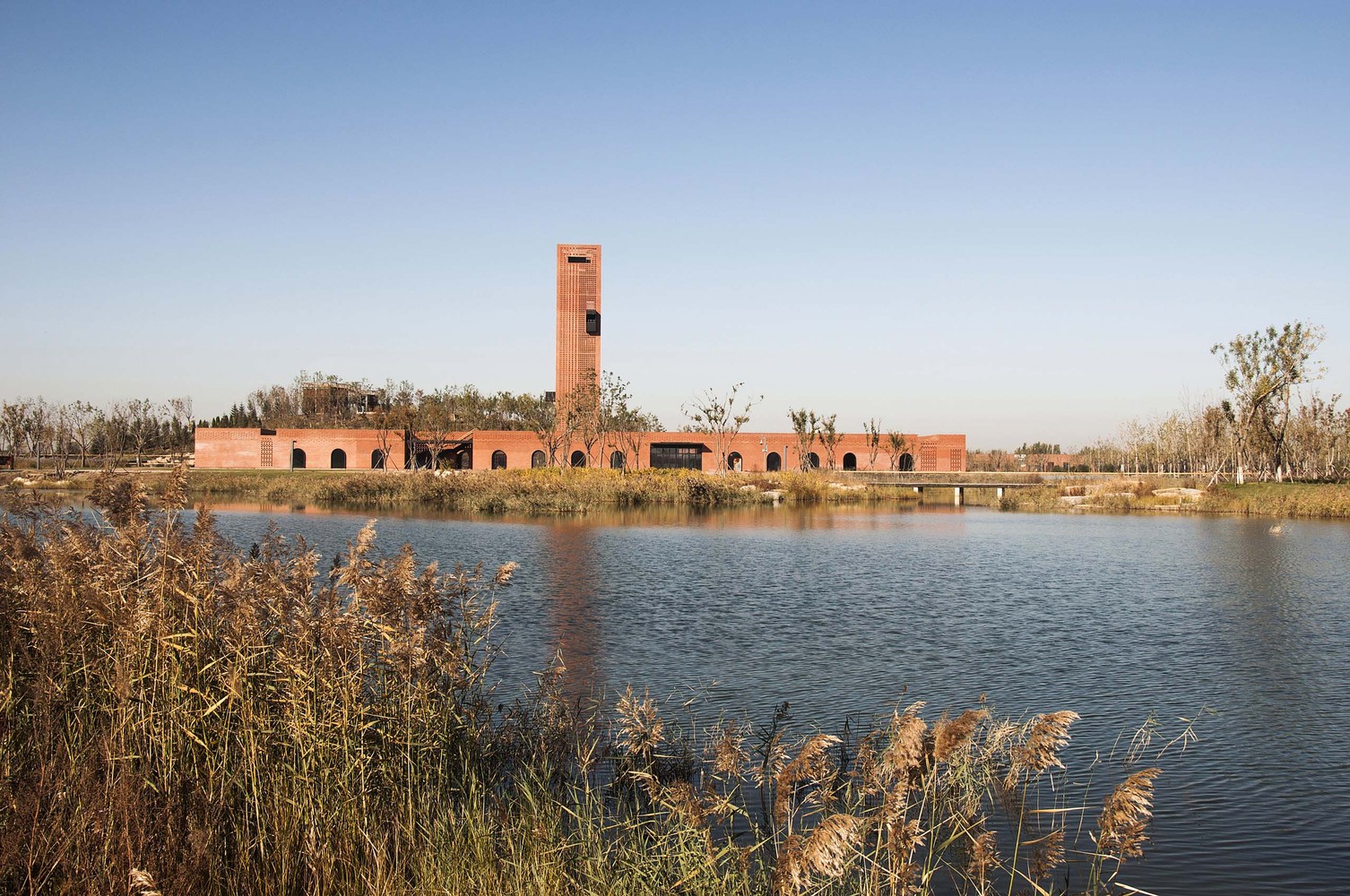 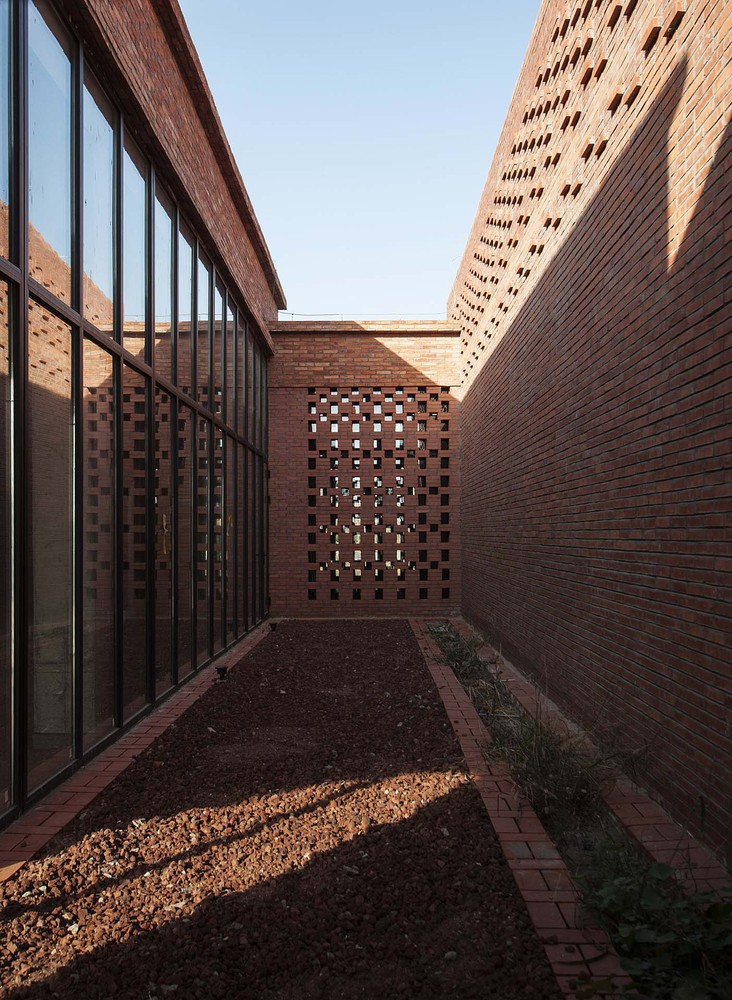 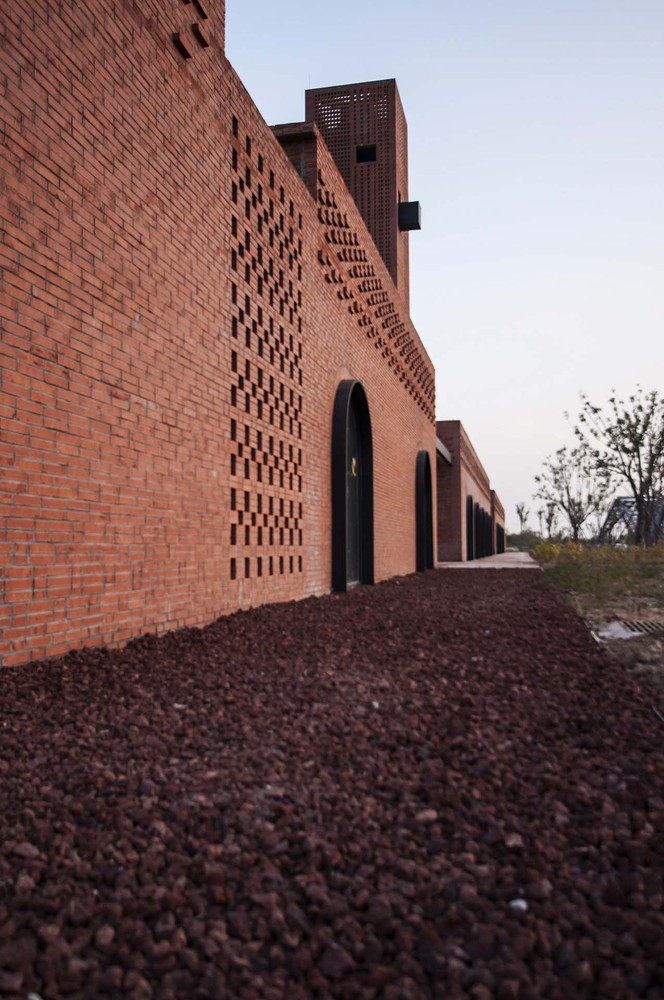 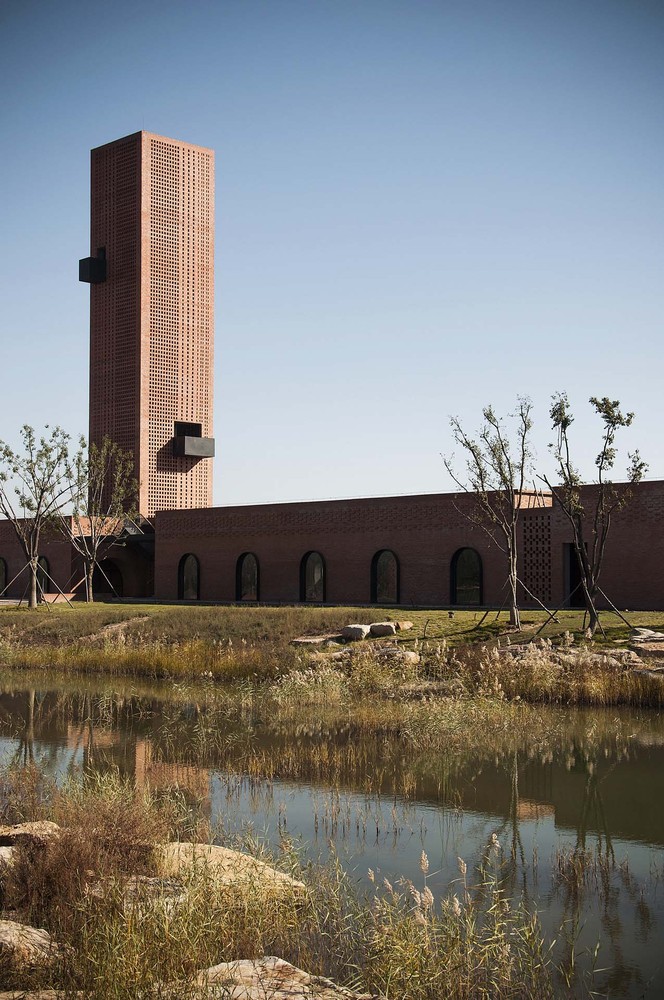 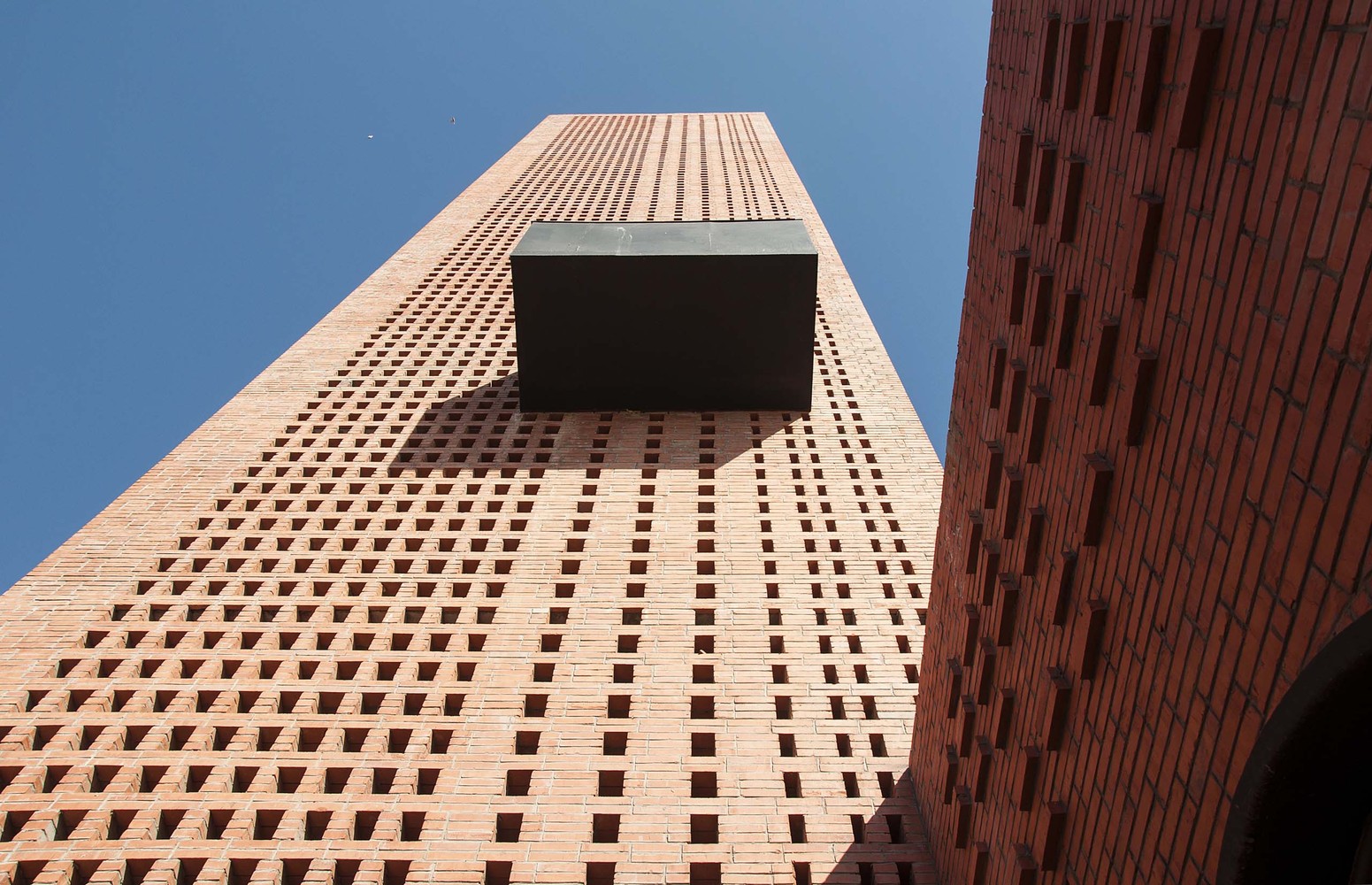