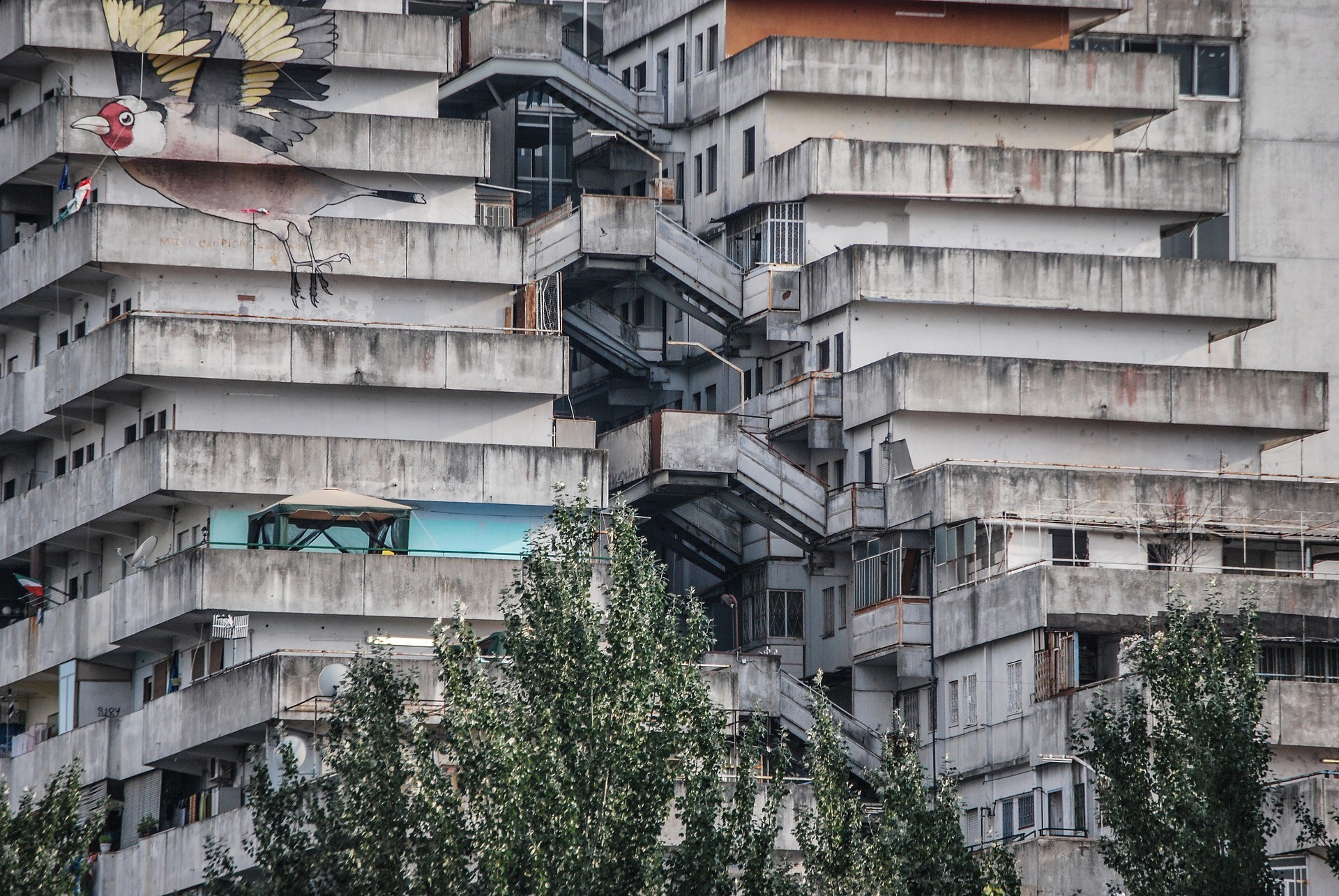 The Sails of Scampia, the Courage to Convert / Interview with Massimo Pica Ciamarra

April 2021. The decision to demolish the Green Sail – demolition occurred in February 2020 – and the Yellow and Red ones, seems to be founded on the idea that the beginning of a new life for the Scampia district has to pass necessarily through the destruction of the architectural expression of an ideal, which was social, even before housing-related. Yet there are many people who think that there can be always a valid alternative to demolition. Transformation is the opportunity of doing more and better with what is already existing, recently said French architect Anne Lacaton, who has received this year, together with Jean-Philippe Vassal, the Pritzker Architecture Prize. The demolishing is a decision of easiness and short term. It is a waste of many things: a waste of energy, a waste of material and a waste of history. Moreover, it has a very negative social impact. For us, it is an act of violence.

There are many people who think that it is possible to innovate without razing to the ground; among them Professor Pica Ciamarra, who, during the interview by Roberta Busnelli, answered three questions on the resolution to demolish Le Vele di Scampia (The Sails of Scampia).

RB: Architect Pica Ciamarra, what is your opinion about the original project of the seven buildings forming the housing block The Sails of Scampia, designed by Franz Di Salvo between ‘60s and ‘70s?

MPC: Franz Di Salvo was an expert and visionary architect. It suffices to recall his proposal for the Città Nolana and his last project, the elaboration of the Business Centre in Florence in 1977. In the plain of Secondigliano, he introduced a landscape image through a new typology aimed at reconstructing relationships between the inhabitants. Two issues completely ignored by the habit-bound box-like jumbles, just interested in optimizing their individual aspects. Franz Di Salvo was not involved in the Academic environment: his study was characterised by exceptional professionalism and strong rigour. Many of his experiences document it. The Vele di Scampia have suffered attacks that are not rare in the interventions of public buildings: trivialisations, reductions, variants, opinions emanated by specialists, entrepreneurial rapacity, compliance or disinterest by those who superintend the works. Nor should it be forgotten that the central space including stairs and paths, designed with a width of about eleven meters, is now much narrower, just eight meters.

RB: Demolishing buildings without a strong social idea of intervention has the flavour of a show for the benefit of a certain policy. Do you think it is the case of the Vele di Scampia, whose demolition you have always opposed?

MPC: September 1997 – the evening before the start of the Meeting Landscape and the zero degree of architectural language in Modena – we were informed about the demolition of the Sails. I do remember the rapid ironical synthesis by Bruno Zevi: I spoke to the Councillor De Lucia. I asked him why they wanted to demolish them. He replied: even the elevators don’t work! I replied: but cannot they be repaired? Constructing as well as demolishing is a political act. In contemporary life, politicians pursue short-term moods and consents; they often lack the ability to give real thought to the medium-term future, I do not mean from a transgenerational perspective. This is why they face single questions in absence of an overview: which is substantial, much more than the available resources. It is demonstrated by two cities whose transformations and progresses we admire, one in a country where the per-capita income is 90,000 euros, the
other, on the contrary, where the per-capita income is 9,000 dollars.

RB: You once said that it is possible to demolish everything as long as we have a better alternative. Given that I know you are against a mending intervention, what is your idea of a concrete alternative to the demolition of the last three remaining sails?

MPC: In the scenario of the public buildings in Italy – well-documented in the still recent, extensive analysis by Stephanie Zeier Pilat (Reconstructing Italy, edited by Castelvecchi) – the experimentations interweaving landscape needs and interpretations of housing modalities are rare. In the case of Corviale a wise reinvention was made and is being made; it is being innovated without tearing down. After the 1967 Expo, the Habitat in Montréal was also denigrated and somewhat abandoned. Then, it became a soughtafter residence. Before thinking of demolishing the Sails, it should be understood how to innovate them, perhaps by replacing their components, by identifying compatible functions that require unitary management, constant maintenance. Besides, it could be useful to think about the way of freely redesigning the building basement, the lower parts: enriching them with activities, rethinking them with free surrounding areas, giving care, together with attention and value, to the unbuilt. Surely, they can be as well demolished, we can as well cancel this witness of when we used to have confidence in the future, but only if we are able to inject more energy and greater confidence than Di Salvo’s ones when imaging the Sails. Anyway, we must not forget that these buildings are located in an improper urban plan, thought-out and designed as a suburb, not as a part of the city. Today the whole territory of Secondigliano / Piscinola / Marianella is to be rethought in its metropolitan scale centrality, involving and transforming, in a substantial way, its unbuilt spaces, drastically reducing the asphalted surfaces, removing vehicle crossings. We need the courage to convert. 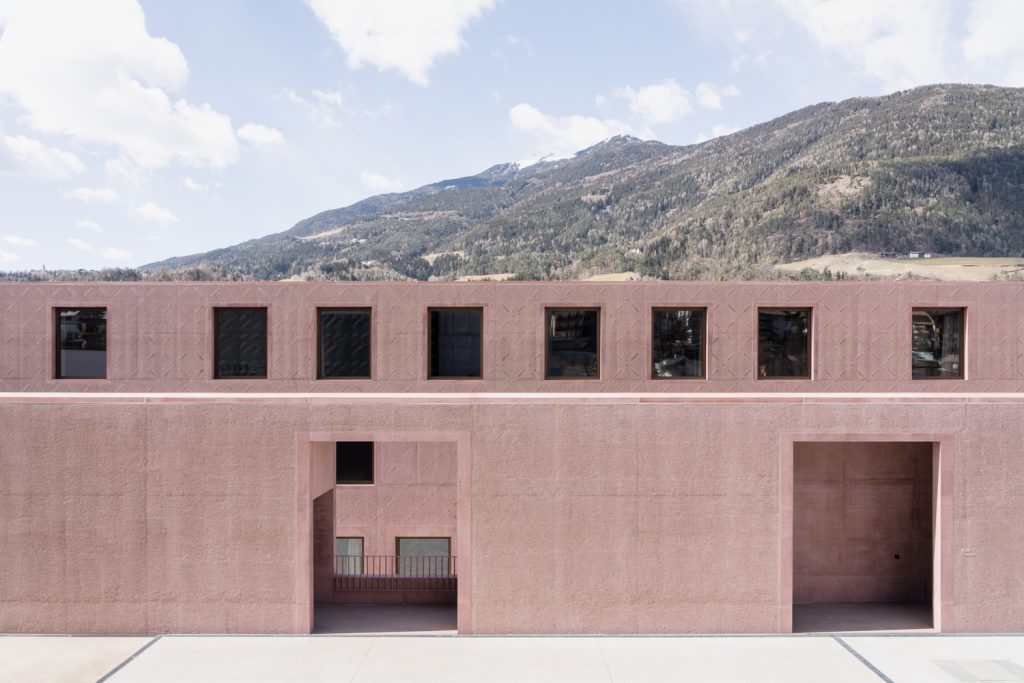 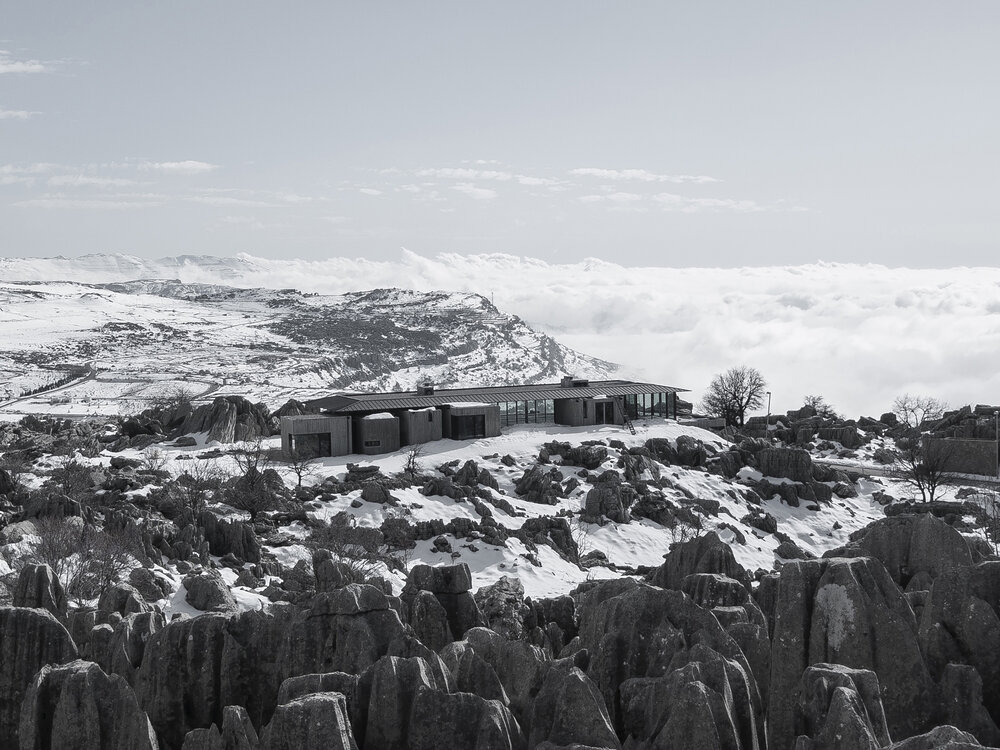