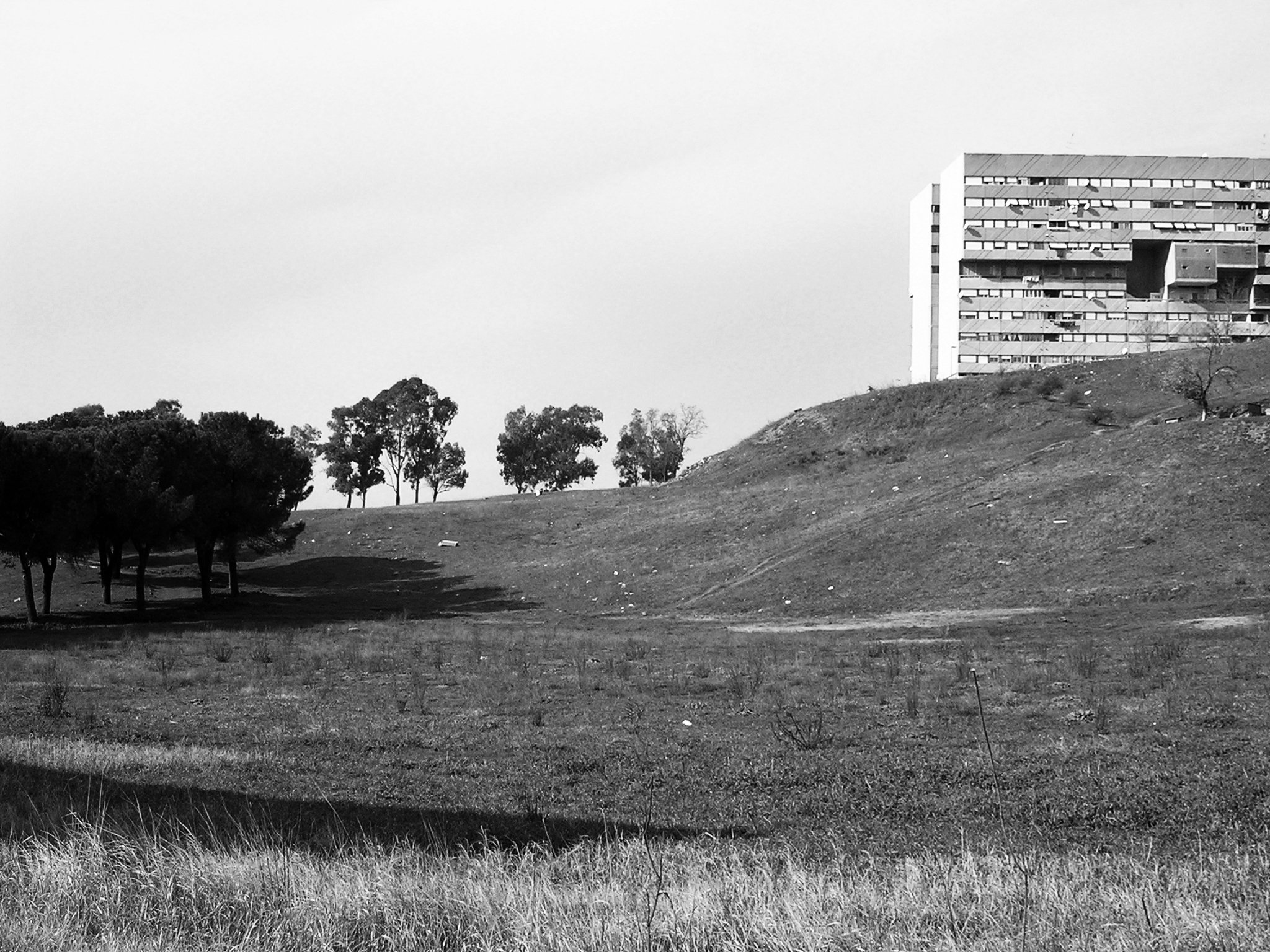 Once set aside, fortunately, the idea to demolish the Corviale building – that horizontal skyscraper that has become over the years one of the symbols of the urban suburbs, but also a controversial element halfway between an extraordinary advanced and utopian architectural experiment and a monstrosity ruining the surrounding environment – in 2008 Ater (Territorial Housing Company of the Municipality of Rome) and Regione Lazio (Lazio Region) presented a regeneration plan including two macro-interventions, one of which concerning the renovation of the famous fourth floor.

After several revisions, this project, designed by architect Guendalina Salimei of TStudio and brought to the attention of the general public through the movie Scusate se esisto (Sorry if I exist) with the actors Paola Cortellesi and Raul Bova, finally got underway in 2019. This floor, which horizontally divides the imposing mass of Corviale into two superimposed buildings with different typological distributions, was originally conceived by architect Fiorentino as a place for public activities, shops, craft laboratories, social and meeting spaces. Unfortunately, these public services and activities, complementary to the housing spaces, have never been fulfilled, thus making Rome lose the opportunity to turn this project into a living and multifunctional fragment of the city. The floor was occupied by residents, who illegally set up a series of accommodations in a spontaneous way, altering some characteristics of the project and creating a strong social conflict between unauthorized and authorized residents.

The project of TStudio, which concerns the redevelopment and the change of use of the premises of this floor, was influenced by the belief that, in order to search for new innovative and shared forms of living, giving meaning to the whole intervention, it was necessary to experience, observe, listen to the way Corviale, in its unexpected permeability, had hosted different forms of housing over the years, interpreting, even in a discontinuous way, the real needs of contemporary living. The troubled evolution of Corviale, with its spontaneous combination of the most diverse ways of living, today offers the world of design ideas and teachings which, if correctly interpreted, can provide a series of solutions to transform the suburbs-dormitory into self-sufficient incubators of sociality, creativity and resources coming from heterogeneous contexts.

New Corviale – as stated in the project report coordinated by the architect Mario Fiorentino – is a huge residential unit, a single construction complex which develops continuously for a length of one kilometer. A gigantic building containing within its architecture exactly the complexity, the richness and the relationships of a city. This illuminated project was one of those attempts to find a new design scale for the contemporary city. As Franco Purini wrote, very few works have the same programmatic energy as this building. The solutions that can be found to solve the Corviale case must be of the same intensity. The alternative to Corviale is Corviale itself. To regenerate this imposing complex, imagined as a large contemporary aqueduct located in the Roman countryside, it is therefore necessary – architect Salimei explains – to sit with those who live in the suburbs to understand them and to reinterpret the many uses and activities that have developed, with a series of spontaneous and self-managed interventions, in the neighborhood relations between families and heterogeneous groups, in the use of common spaces, in the arrival of artists who, through the occupation of spaces, have freely introduced the workshop theme.

After a series of on-site surveys it was possible to identify the only possible key for a farsighted project in the cohesion between the inhabitants and in a sense of neighborhood unity, strongly connected to the presence of a series of spaces that have been transformed into shared private areas, where the function of simple housing is combined with that of the socialization of families. These spaces are one of the most important typological innovations produced by the self-organization, which have to be recovered, developed and reinterpreted as a positive element for the new project. The project of revamping the free floor therefore includes thecreation of a series of accommodations within the existing structural grid – designed as part of an experimental program linked to shared, environmentally and economically sustainable use of the environments – as well as some socialization common areas. These areas, which mediate inside and outside, private and collective, are fundamental elements for the future of Corviale, as they activate processes of participation and empowerment and strengthen that sense of belonging to a community, which allows the enhancement of an environment.

The redevelopment of the fourth floor thus represents a very strategic opportunity as it is an element of positive interruption in the lives of the residents. With the aim of highlighting the expressive power of this message, the project maintains the free floor as an element of interruption in the façade and a break in its linearity. The works on the façades are intended not only to make the new intervention recognizable in the context of the old building, but also to increase the sense of well-being inside the apartments, by shielding them from the summer sunlight and creating a filter in winter. The recognisability of the horizontal axis, designed by Fiorentino for the fourth floor as a strong and breaking element, will continue to be reinterpreted even subsequently to this intervention, although through different means of expression: the means of the insertion of nature and of the various shades of green that color the ceilings of the entire floor, visible from the street. The chromatic choice – Salimei explains – comes from the encounter with the place, its light and its perception and it strongly contributes to the general recognisability of the building. During the night, this choice is enhanced by a linear lighting, hidden in the rib of the slab serving as a balustrade for the upper floor. Starting from the pilot project of this Green Kilometer, it is hoped that the recovery of Corviale – of its strongly innovative sense characterizing it and making it become a great urban heterotopia can trigger a virtuous process of possible regeneration of suburbs on an international scale. 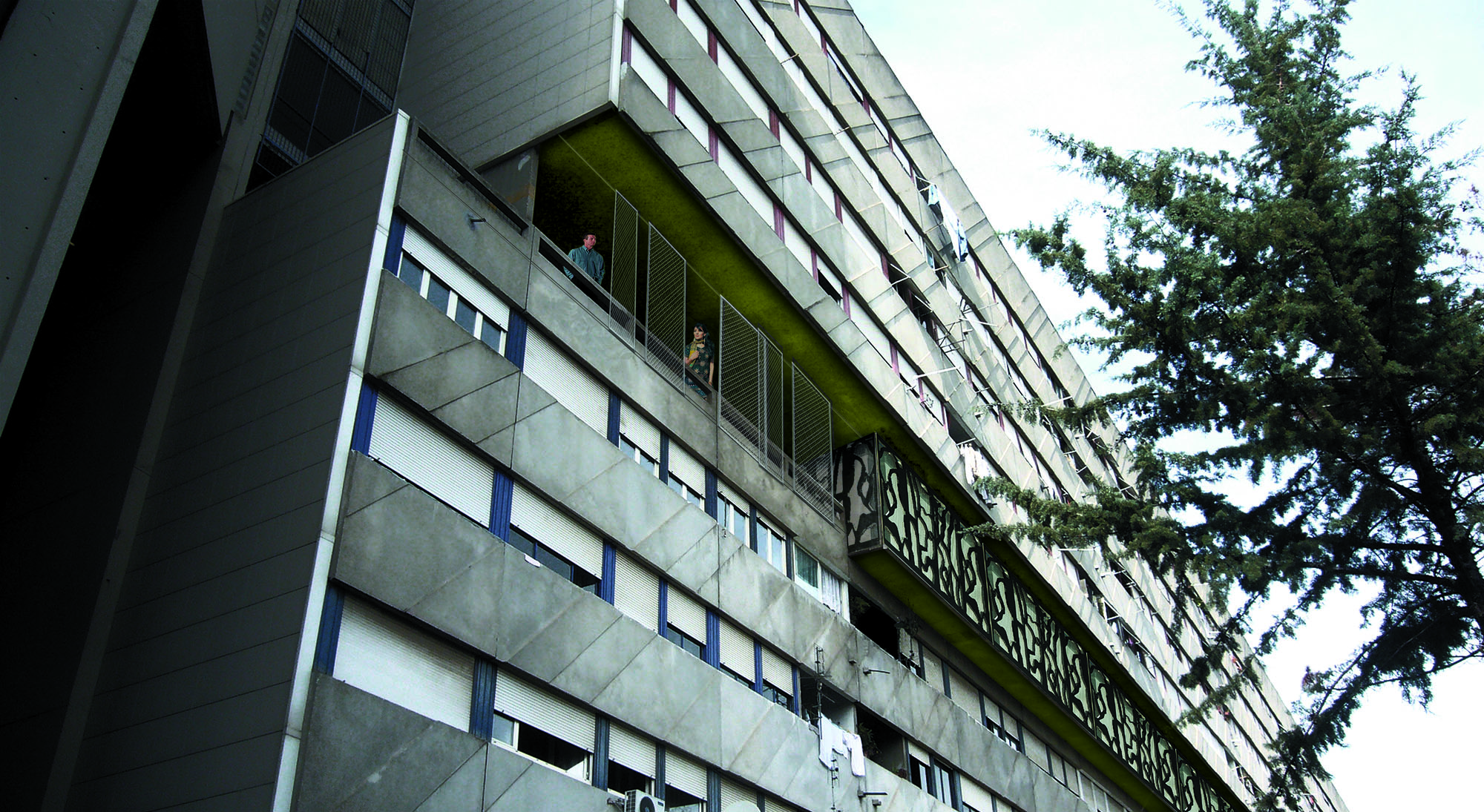 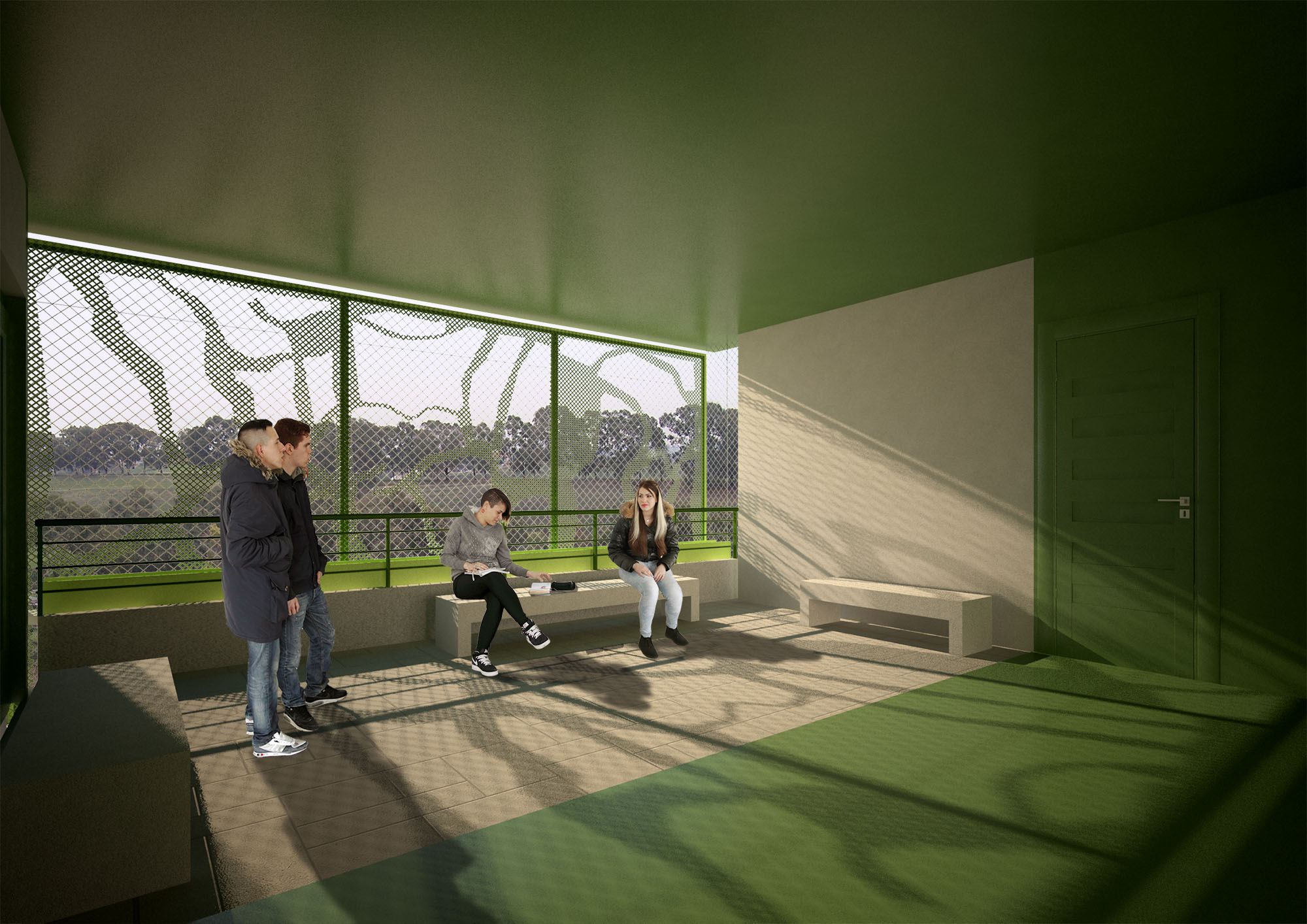 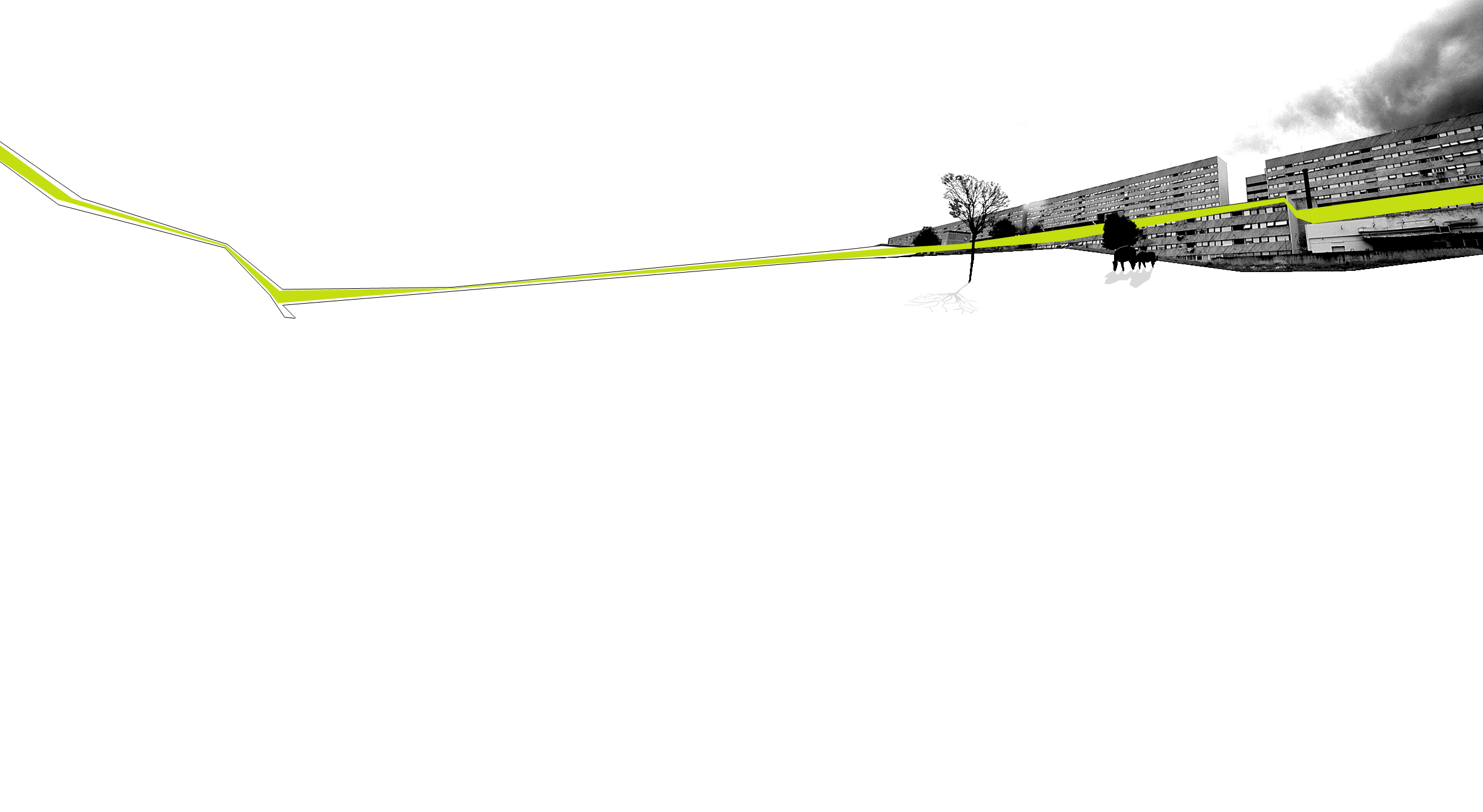 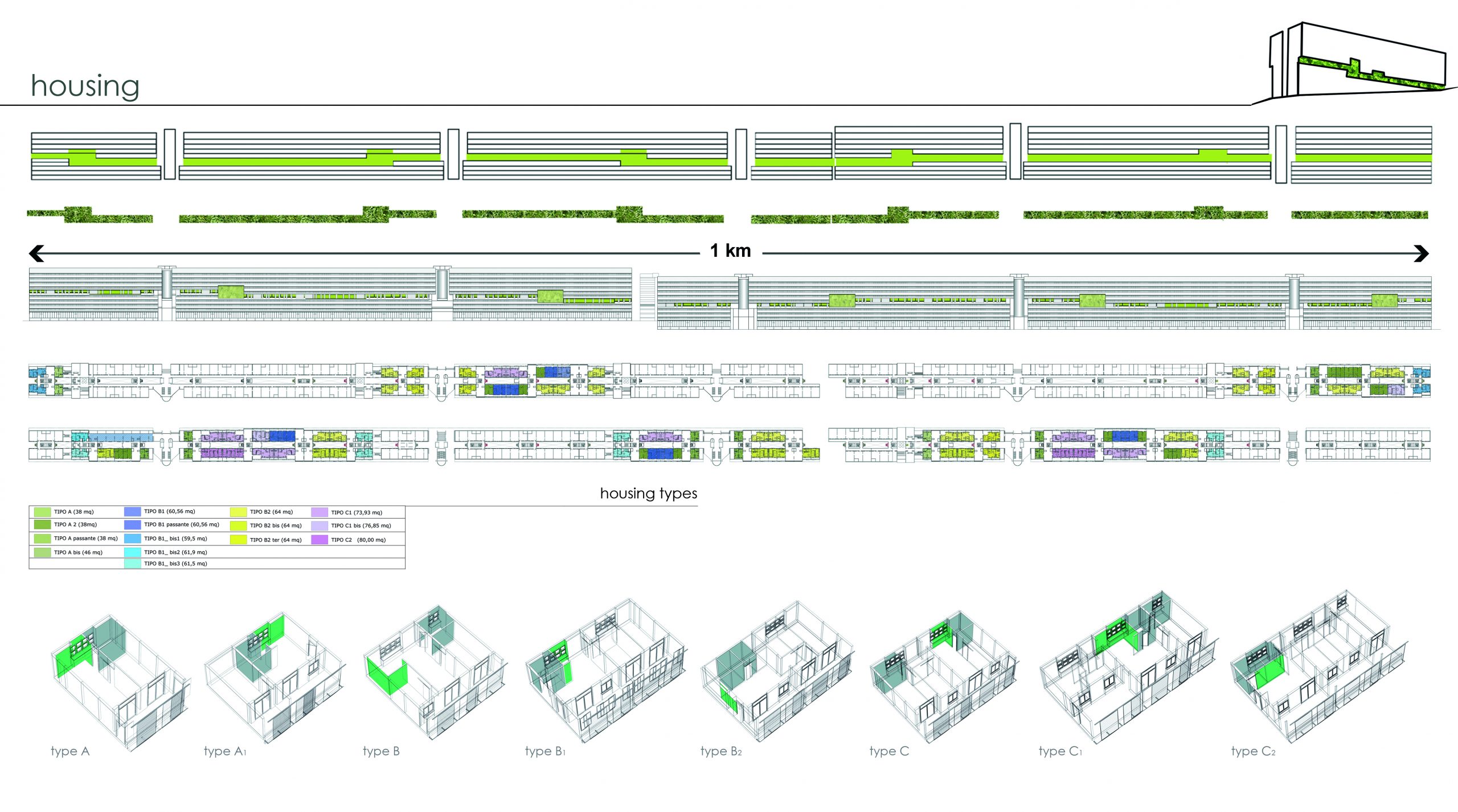 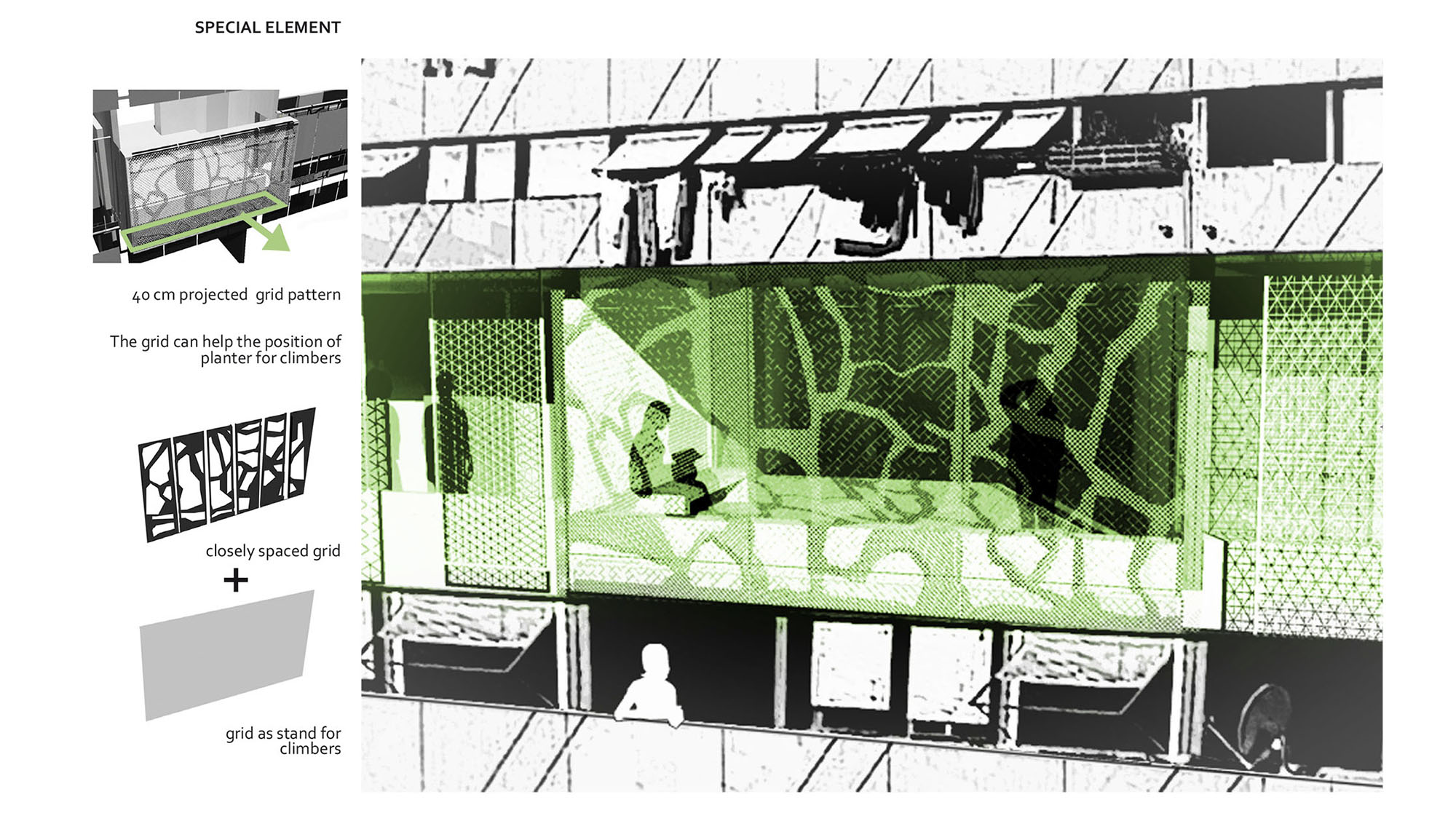