Pursuing the aim of its financier, the Australian gallerist and philanthropist Judith Neilson, to create a dialogue between visual and performing arts on the one hand and between art and architecture on the other, the two spaces, which have been designed by the two studios in total formal and stylistic autonomy, are connected on several levels, share a central courtyard with a garden and are wrapped by a single external skin, which has been designed jointly by the two studios

The façade, made of unusually long and flat bricks, was covered with a thin veil of mortar that emphasizes the sense of surface continuity, interrupted only by a series of cuts, curves and vaults near the openings – windows, doorways and portals – which represent the dialogue between the two spaces and between the inside and outside worlds.

The Australian architectural firms John Wardle Architects and Durbach Block Jaggers, who designed respectively the Gallery and the Theatre of the new Phoenix Central Park in Sydney, have explored, in total autonomy, within their own material and formal language to provide the two spaces with the most appropriate solutions in terms of aesthetics combined with the precise functional needs of controlling light, humidity, temperature and acoustics.

The Gallery features a sequence of spaces that guides visitors on a journey from more intimate and small rooms, dedicated to the display of individual works, to expansive open spaces to showcase complete collections. Characterized by exposed concrete walls, painstakingly cast on site, and by a zenith light that introduces a dramatic component, the Gallery comprises a complex stack of differing volumes, interconnected by stairs and bridges. Each single volume acts as an individual setting for art while retaining an awareness of the overall ensemble.

The adjacent theatre dedicated to performing arts is a singular bell-shaped, timber lined space, conceived as an Elizabethan theatre, where the action is in the round, seen from many vantage points. A projecting balcony loops into the volume, creating an alternate stage or viewing box. This space receives natural light from a single over-scaled golden window, which also allows passers-by to catch some glimpses of the interior.

The two spaces, in a continuous dialogue by virtue of their functions and contiguity, are connected by a single central courtyard with a garden and wrapped by an external skin that encloses everything and characterizes the 1,185 sqm structure of the Phoenix Central Park. Below the garden, a small cave-like room, illuminated by a single ocular skylight, offers the visitors an intimate and quiet space for contemplation. Through a path that winds along the six floors of the structure, visitors slowly abandon the darker atmospheres of the lower levels until reaching the wide and low open space on the top floor which, thanks to a field of skylights, is flooded by a soft and fuzzy light. 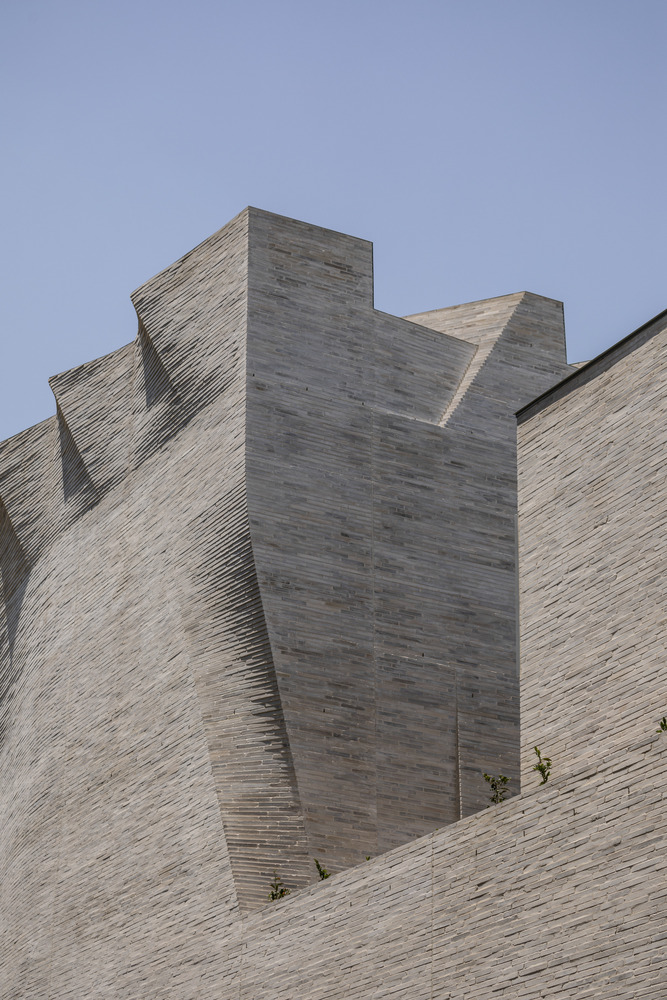 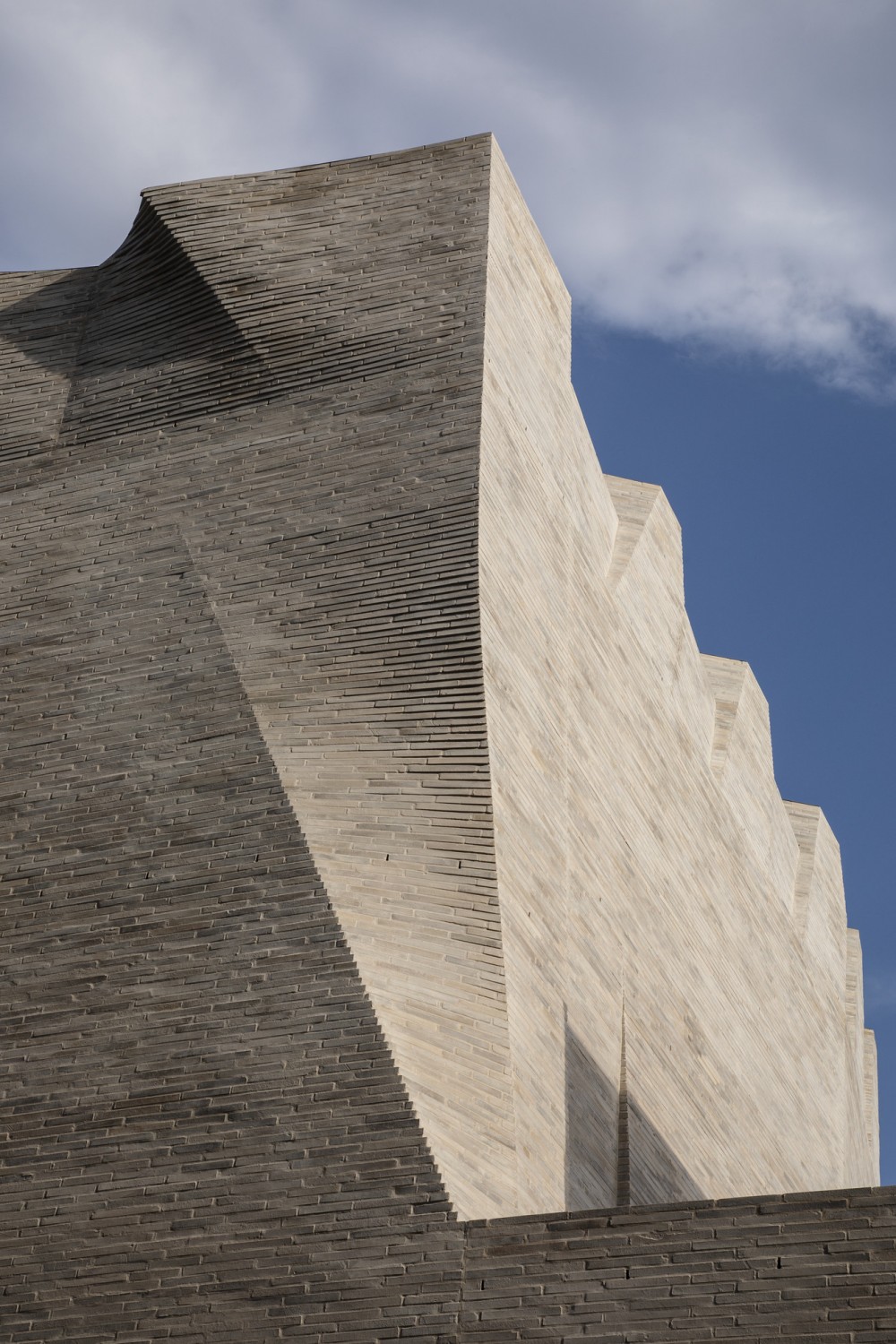 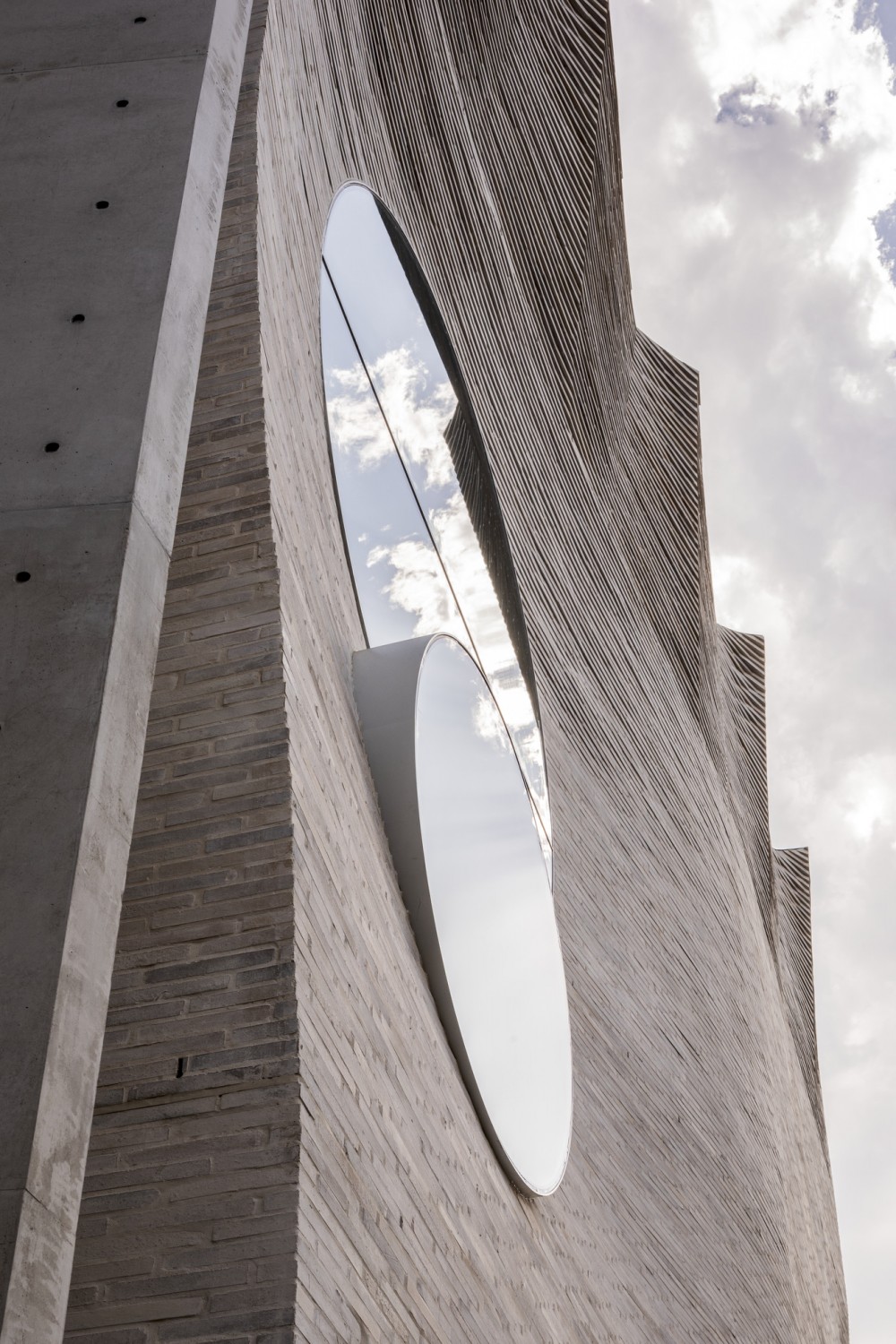 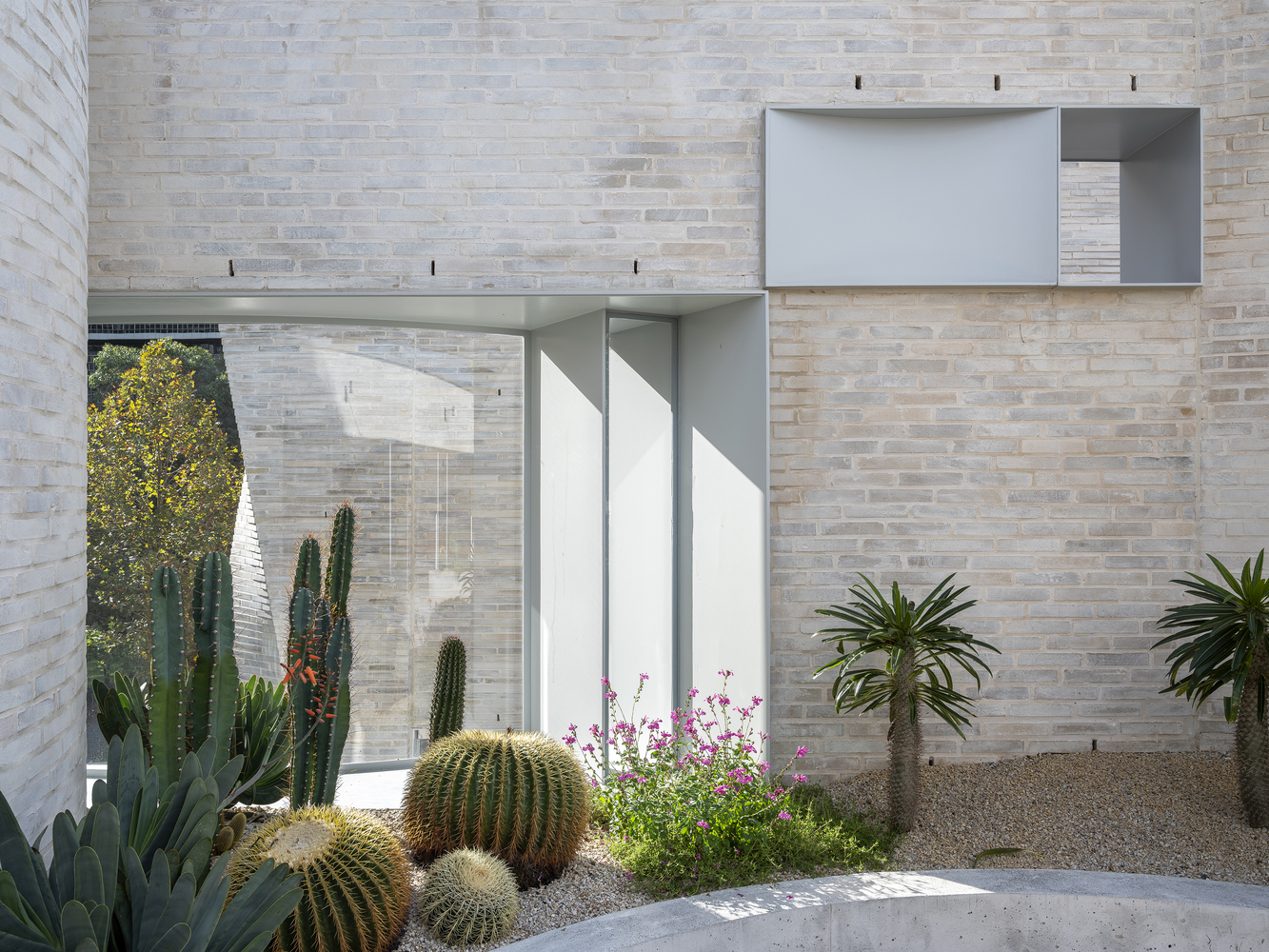 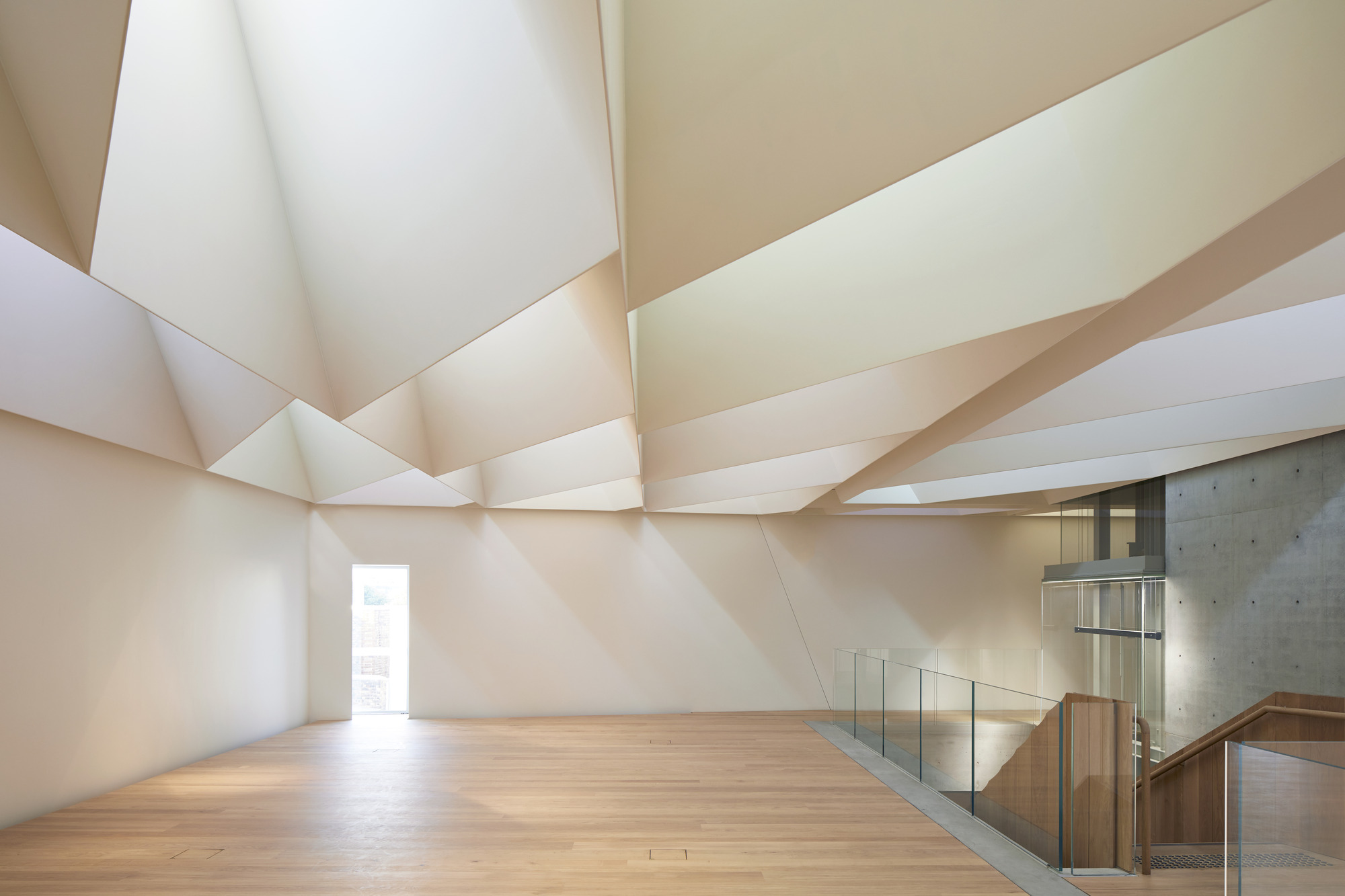 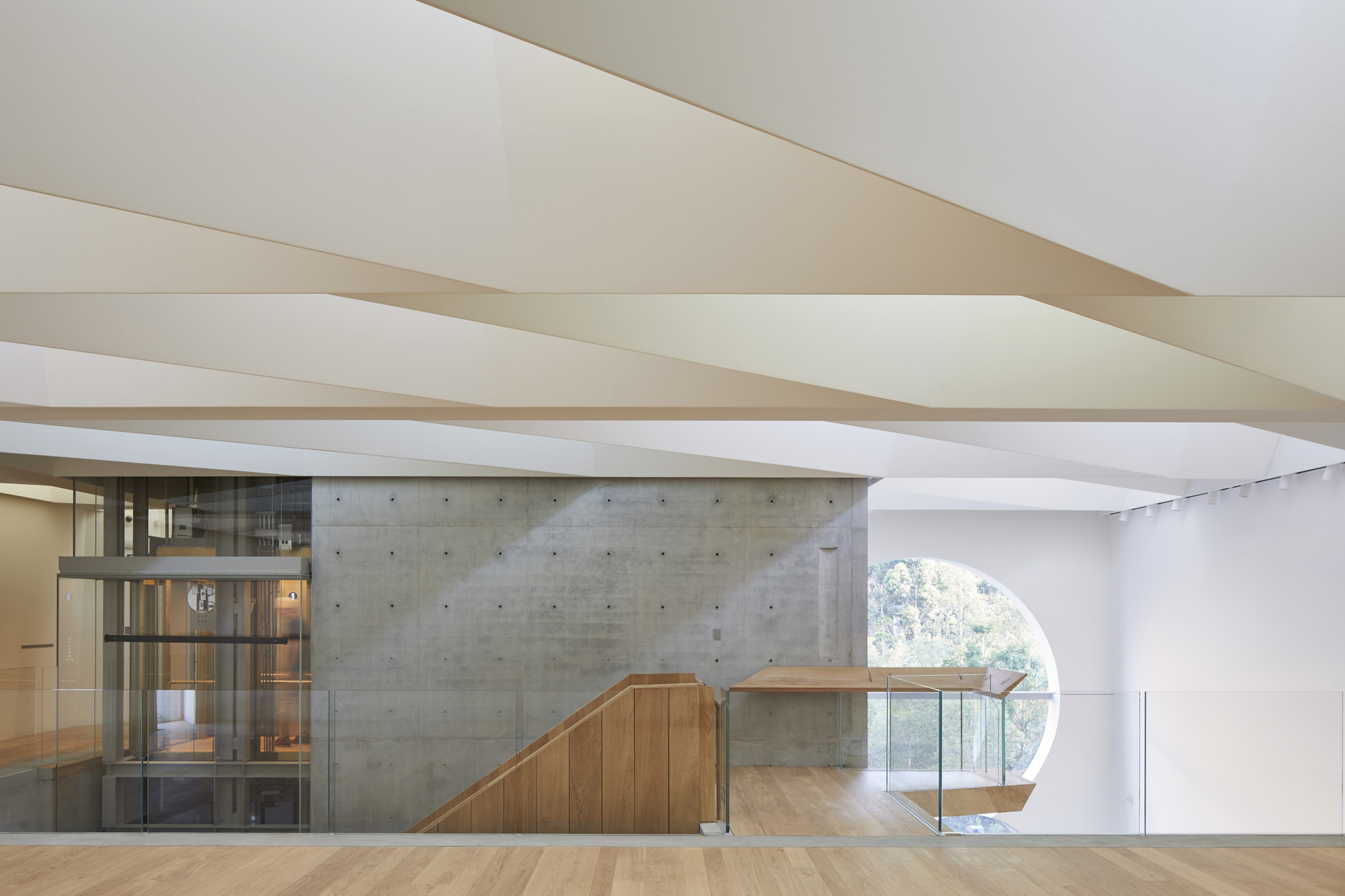 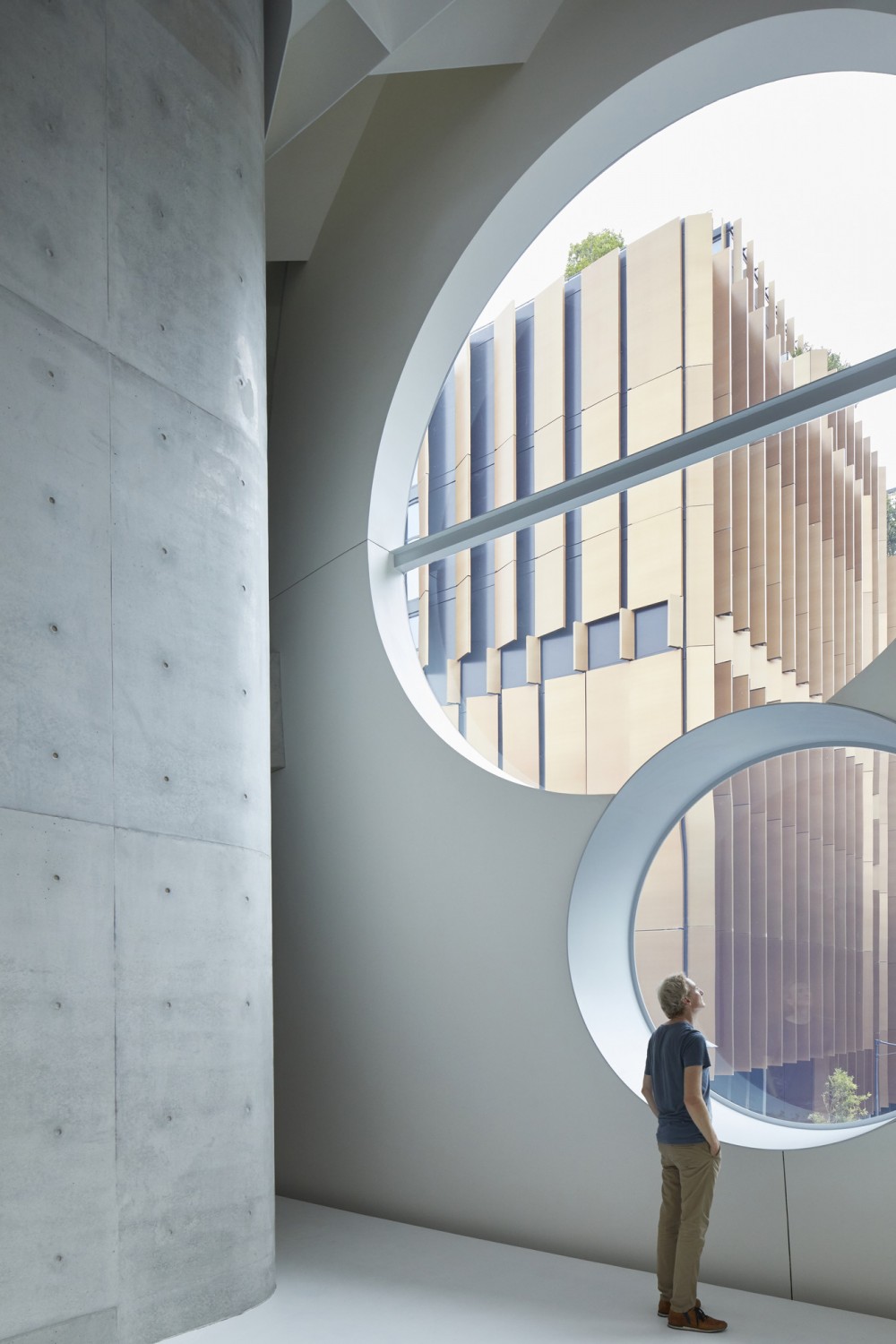 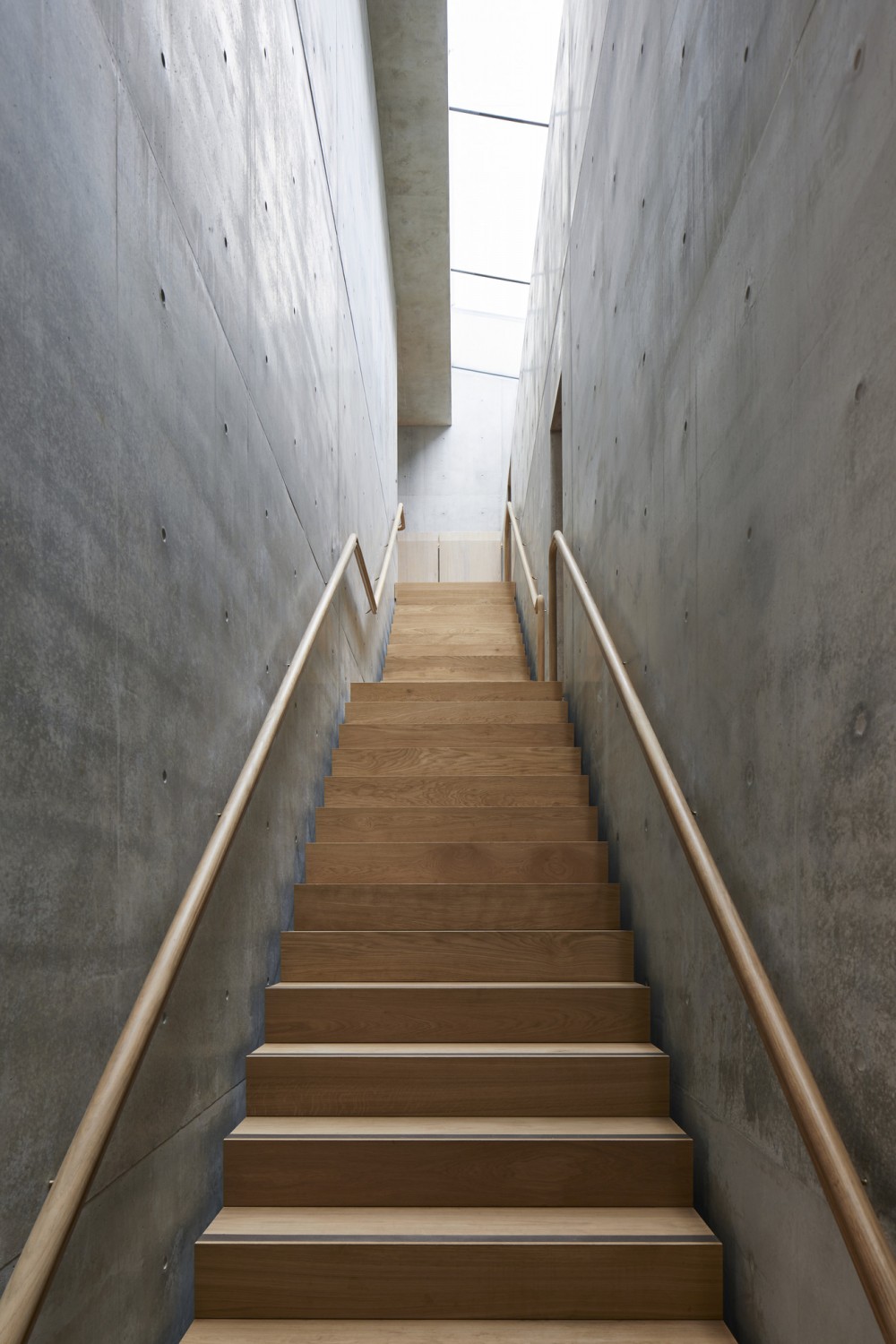 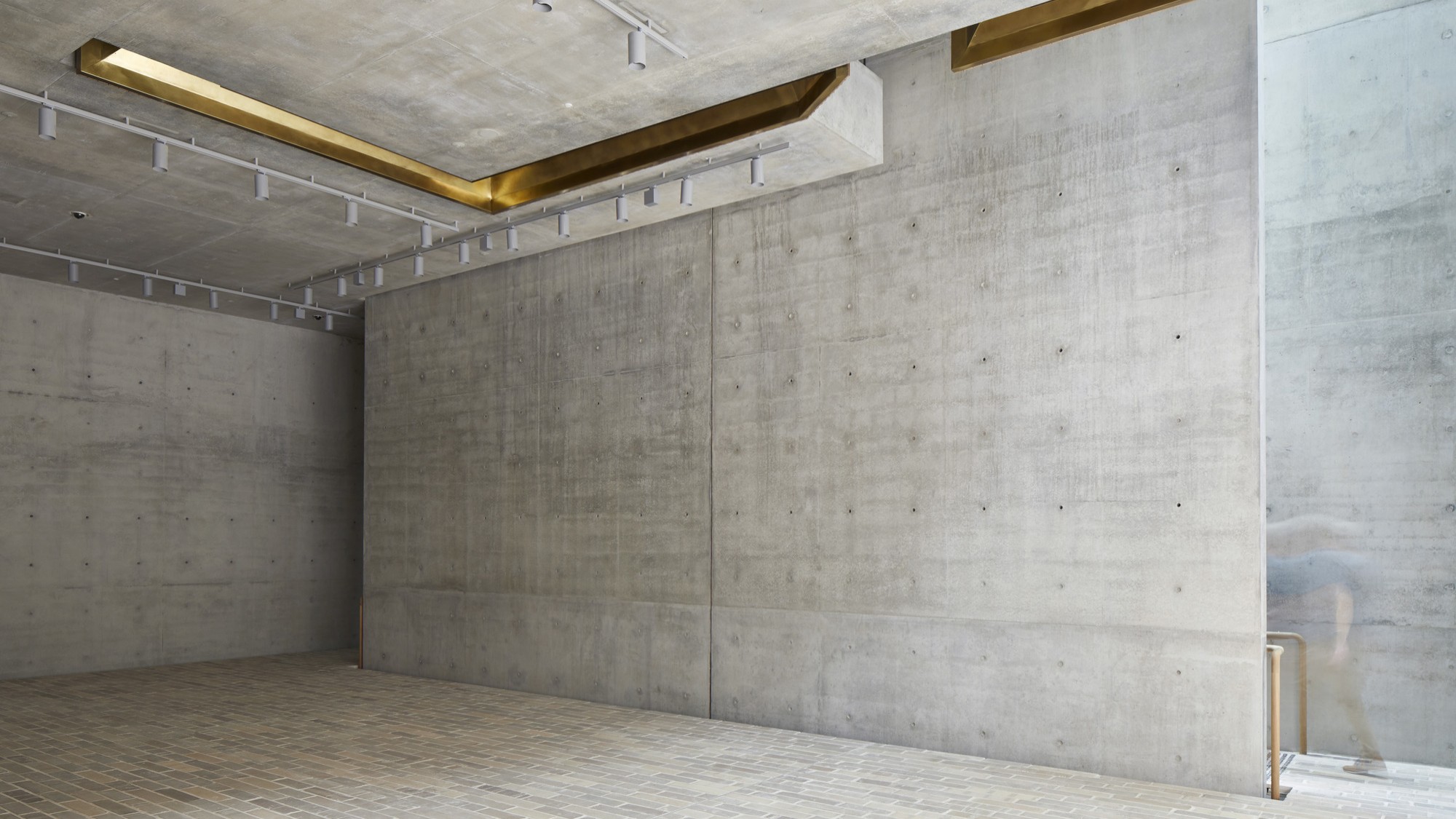 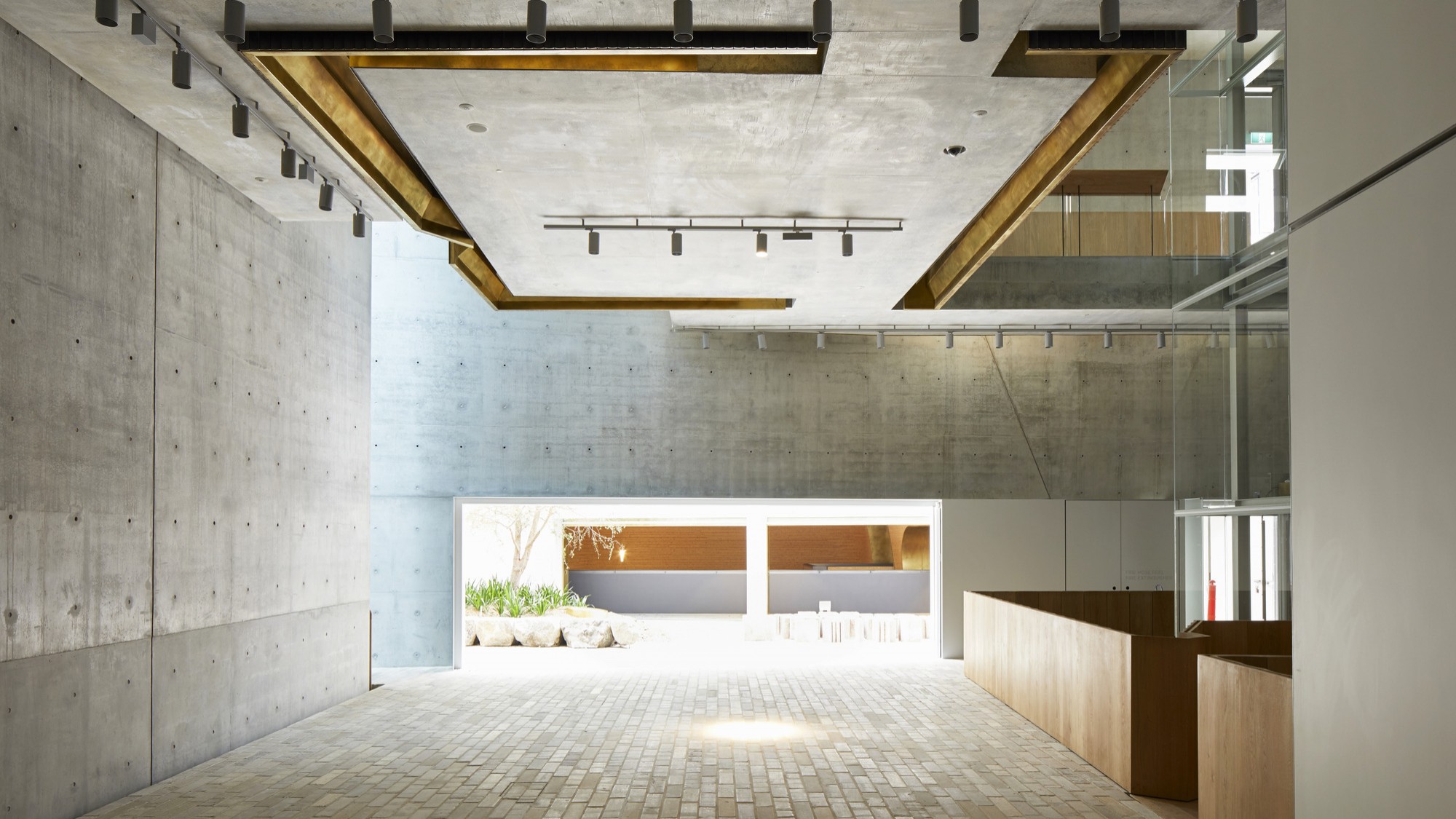 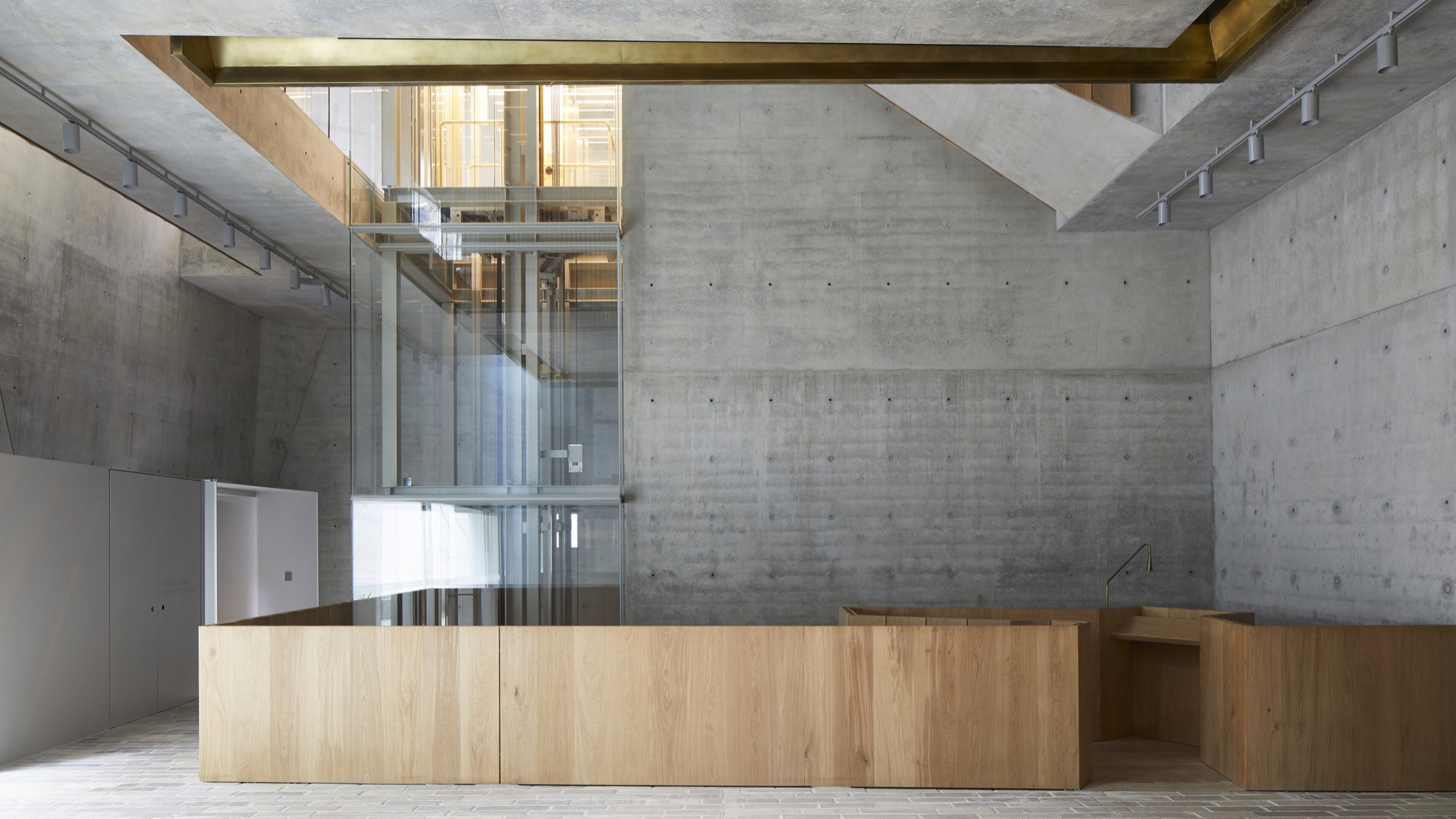 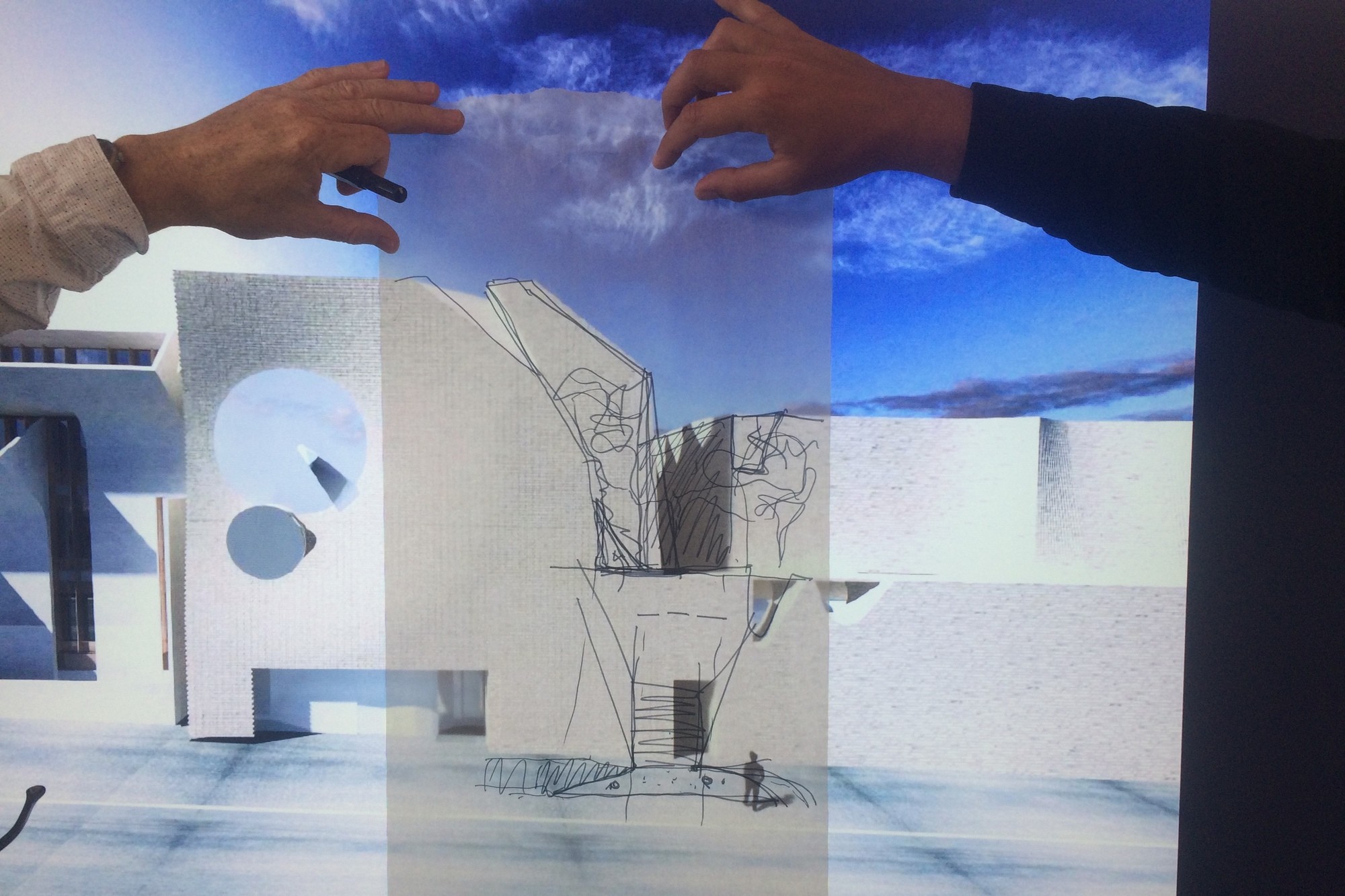 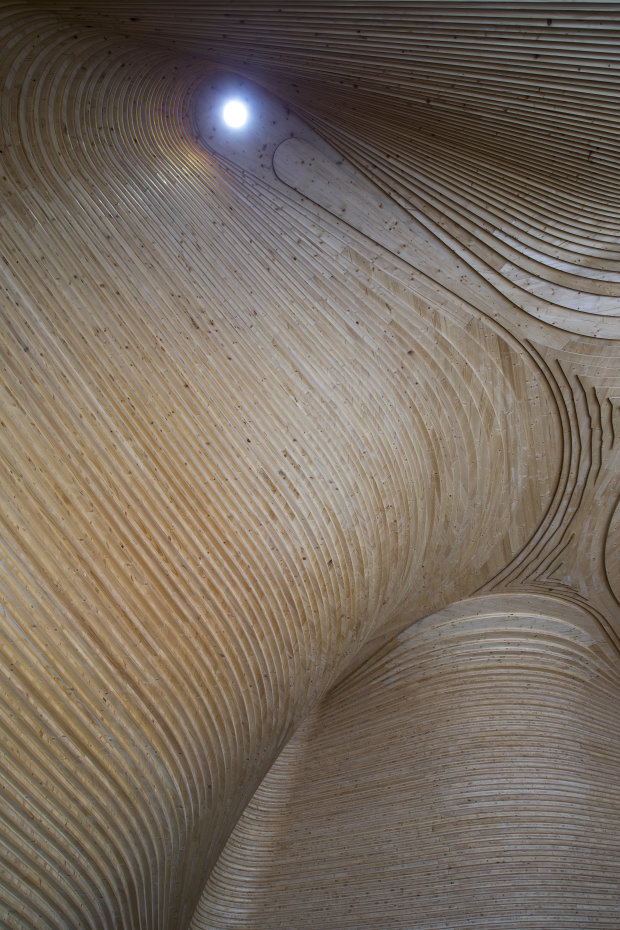 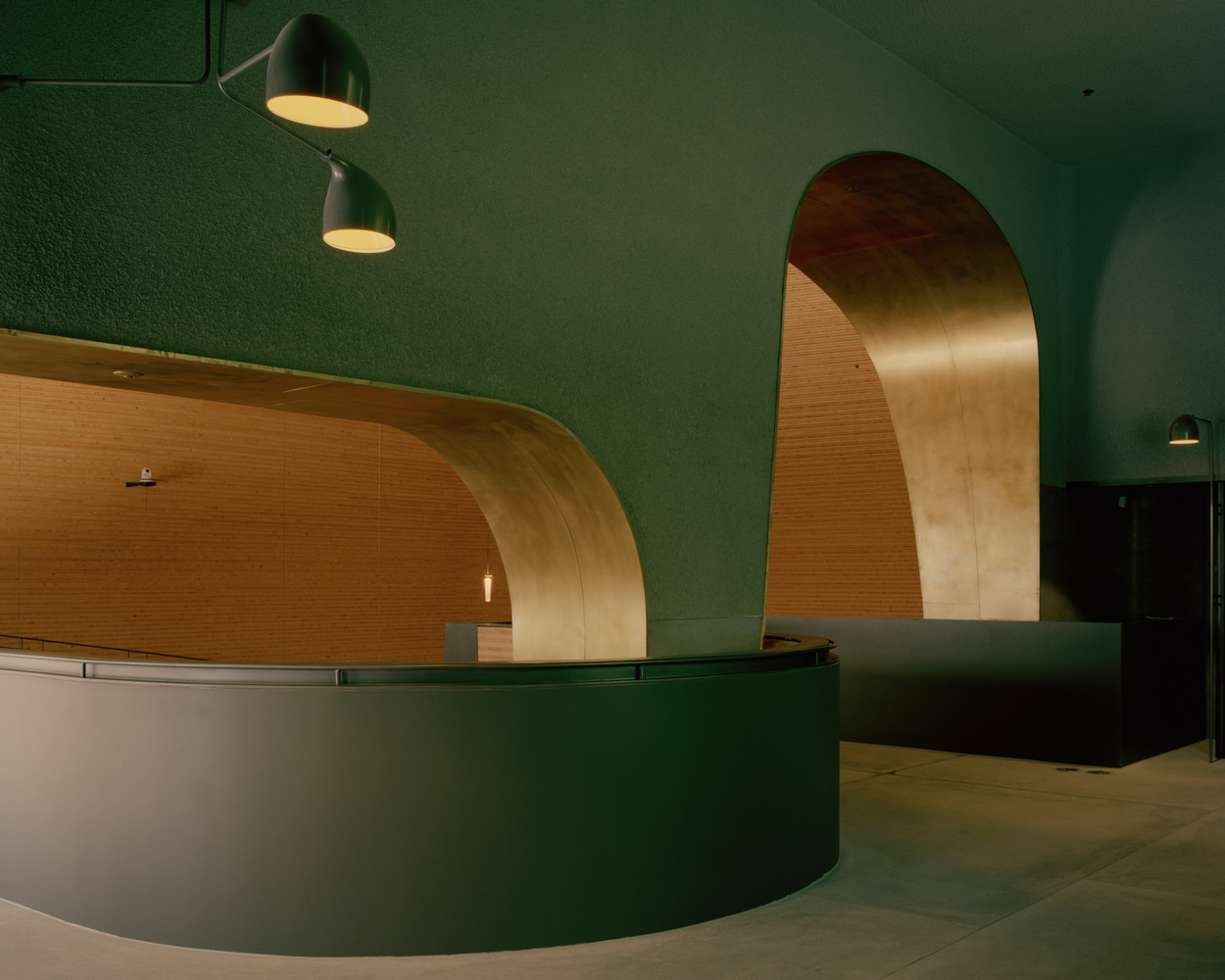 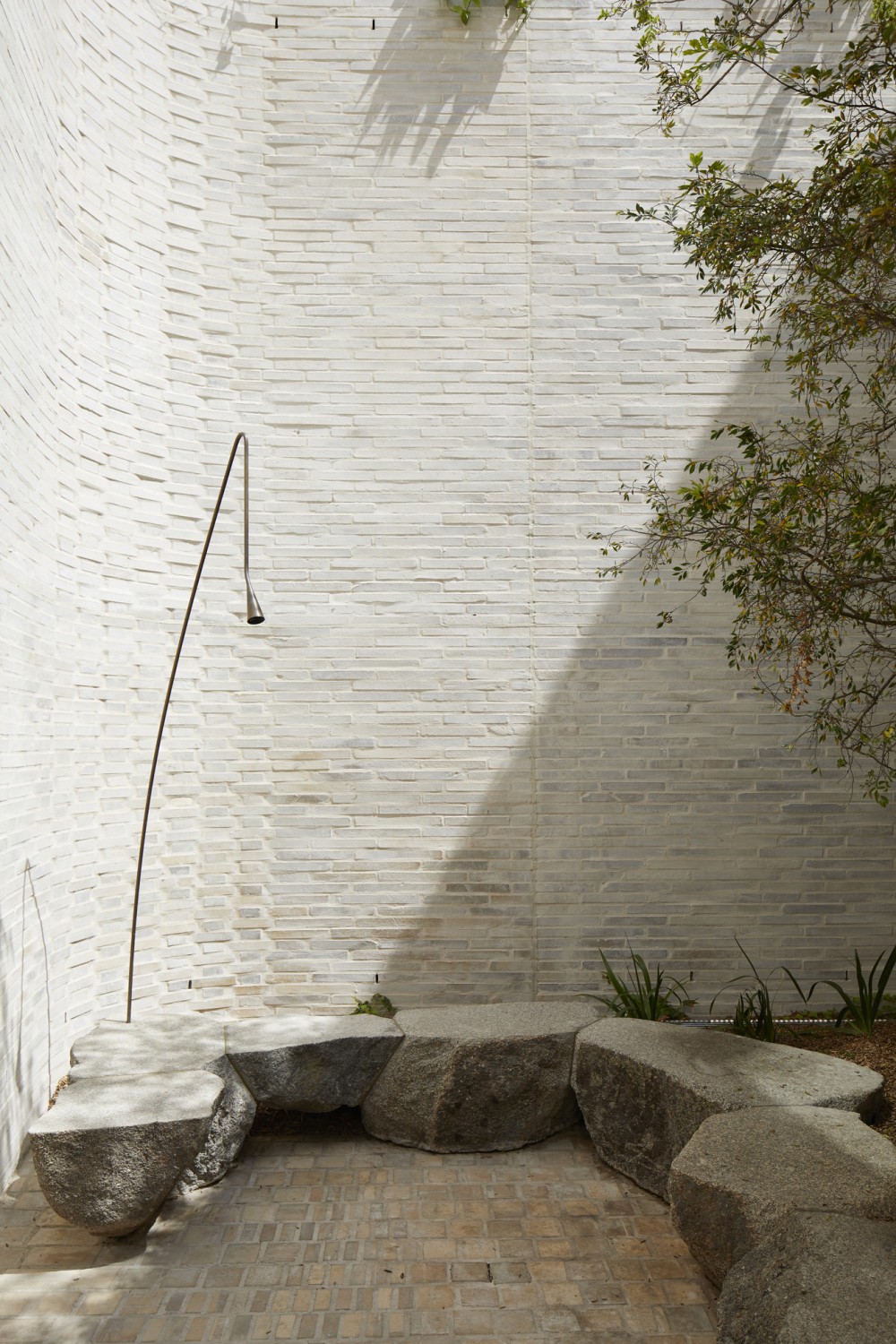