Shenzehn, in south-eastern China, after being named in 1980 special economic zone as part of the program to transform the traditional Chinese economic model into a more liberal one, has grown so rapidly that today it reaches quite 13 million inhabitants in its urban areas. In recent decades, as its population has grown, skyscrapers and iconic buildings have radically transformed the city’s skyline. Although the rush to design the tallest and most spectacular high-rises seems to be ceaseless, especially in China, the long and narrow 3.8 ha site in the eastern Longgang district destined to the new Cultural Centre, had strict height restrictions.

It is in this context and with these premises that the Dutch architecture firm Mecanoo has designed, in collaboration with the local firm CCDI, an imposing 95,000 sqm building with sculptural and fluid forms – 400 m long, 50 m wide and 25 m high – formed by a sequence of four distinct volumes. An iconic urban connector – as defined by its designers – conceived to offer a rich socio-cultural programme, divided into four elements: an art museum, a youth centre, a science centre and, in the largest of the four volumes, a Book Mall entirely dedicated to books and book-related events.

Inaugurated in early 2019, the new Shenzhen Cultural Centre connects the surrounding areas of the Longgang district by subdividing the programme into four red volumes, characterized by curved edges and tilting façades, which, in addition to framing dynamic views, sheltering public squares and naturally guiding the pedestrian flows, also channel air currents and provide protection against the sun and the heavy rains typical of a subtropical climate. The passages between the different volumes, which align with the adjacent roads, provide access from the new business district on the west side of the building to the park on the east.

By sharing the same formal language, height and materials, the four volumes form a visually cohesive whole without an apparent front or back façade. The volumes host an extensive socio-cultural programme inside a science centre, a youth centre, offering a place for extracurricular activities such as music and sports, an art museum, combining exhibitions of public art on the upper floors with an urban planning centre on the ground floor and in the basement, and a Book Mall including cafes and restaurants. By locating the entrances to the cultural centres at the covered squares, the various cultural programmes can extend outdoors.

Inside the building, the in-situ concrete structure was carefully designed to become part of the visitors’ experience, who, wandering through the building, will feel like being wrapped by a cast concrete sculpture. The structural façade of each volume integrates beams, columns and massive concrete cores, resulting in the dramatic scenography of a building where everything is revealed. 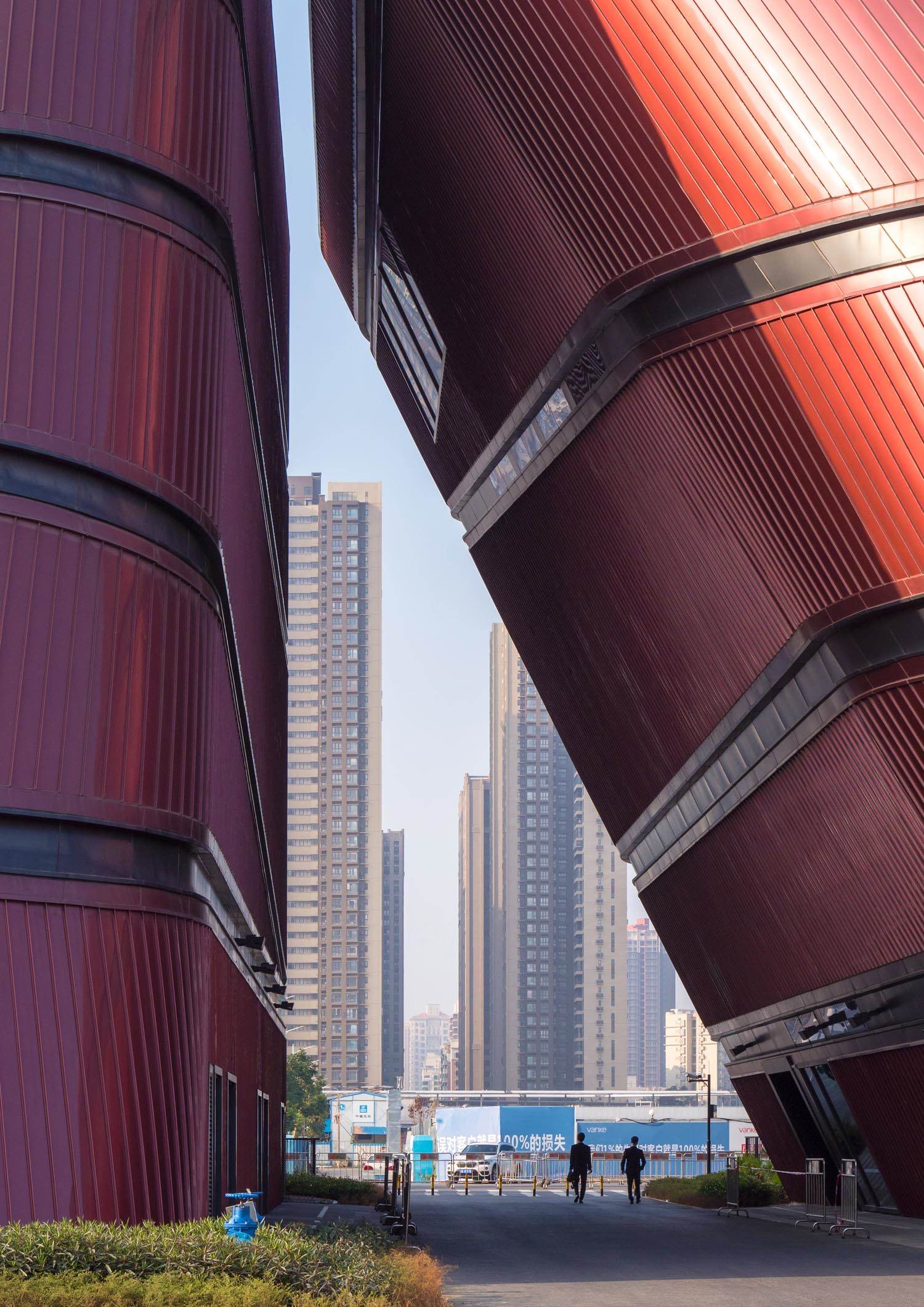 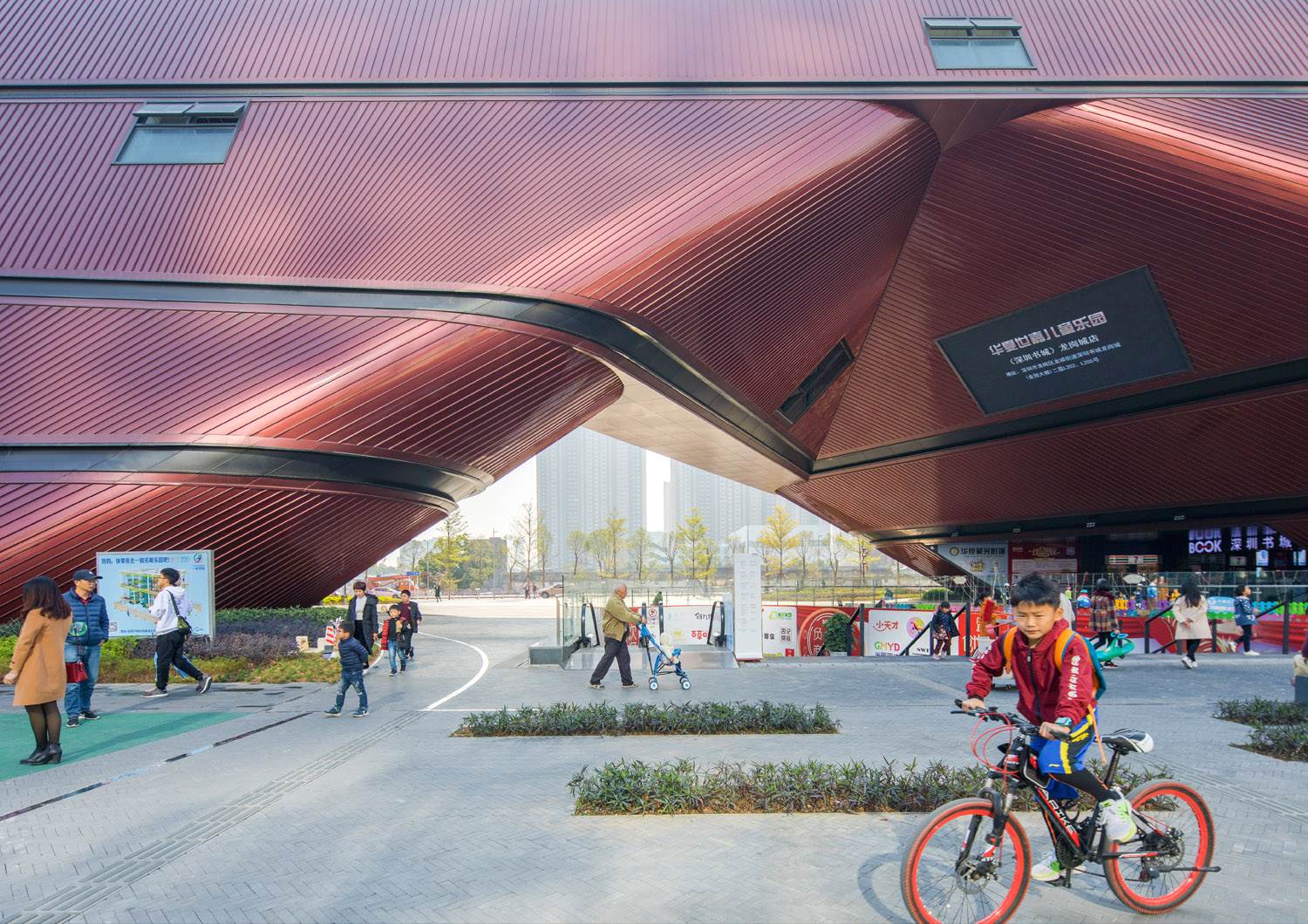 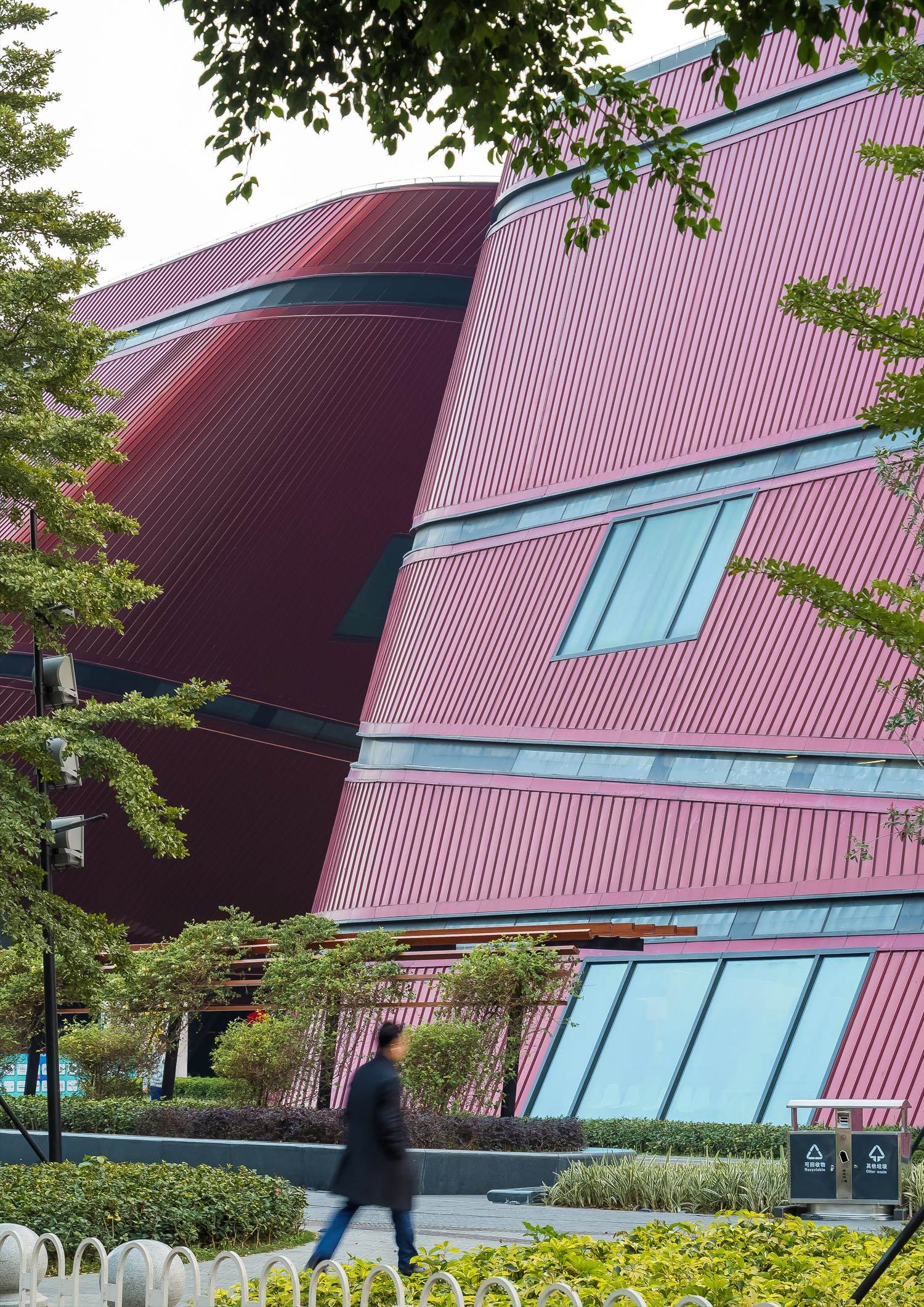 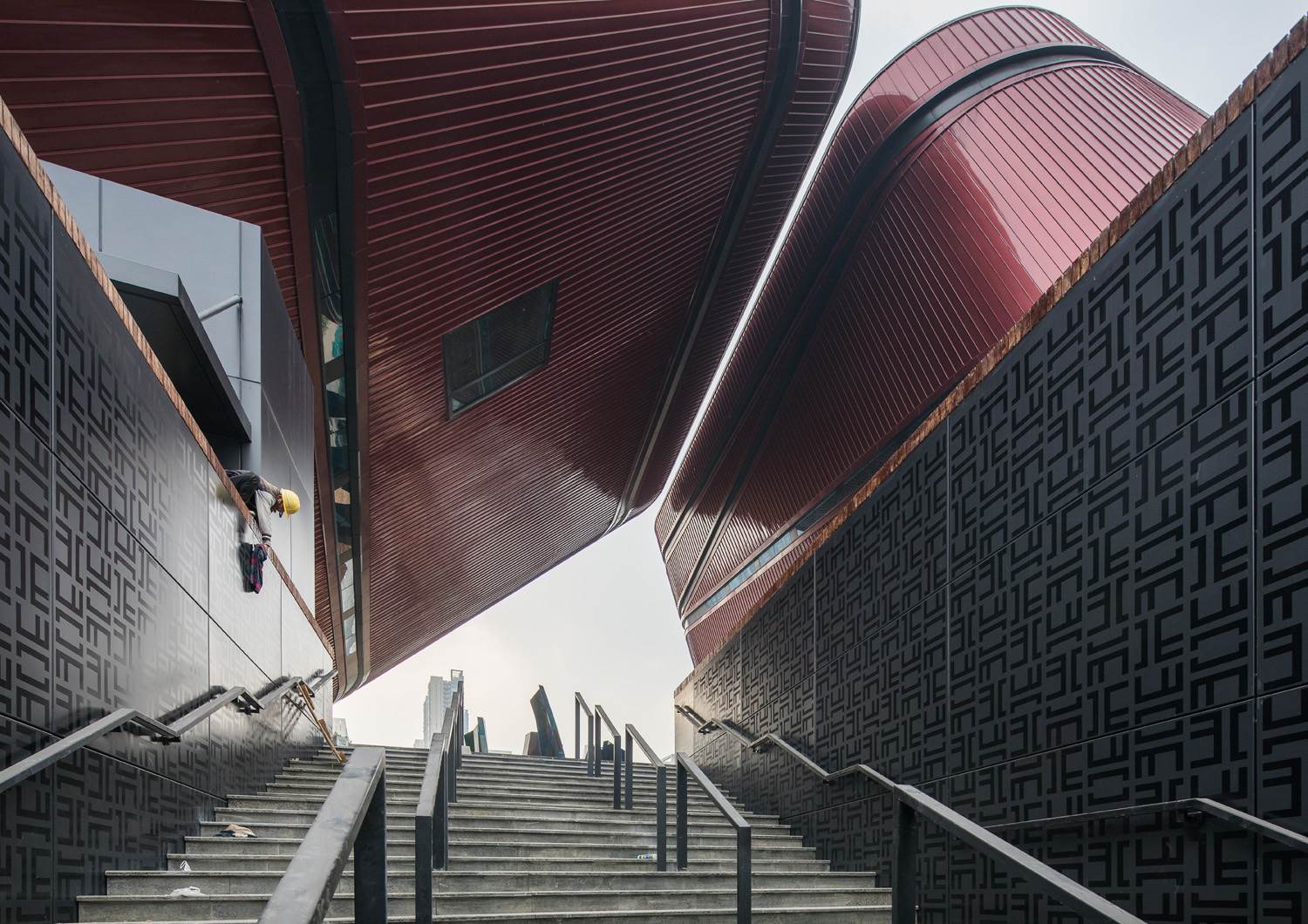 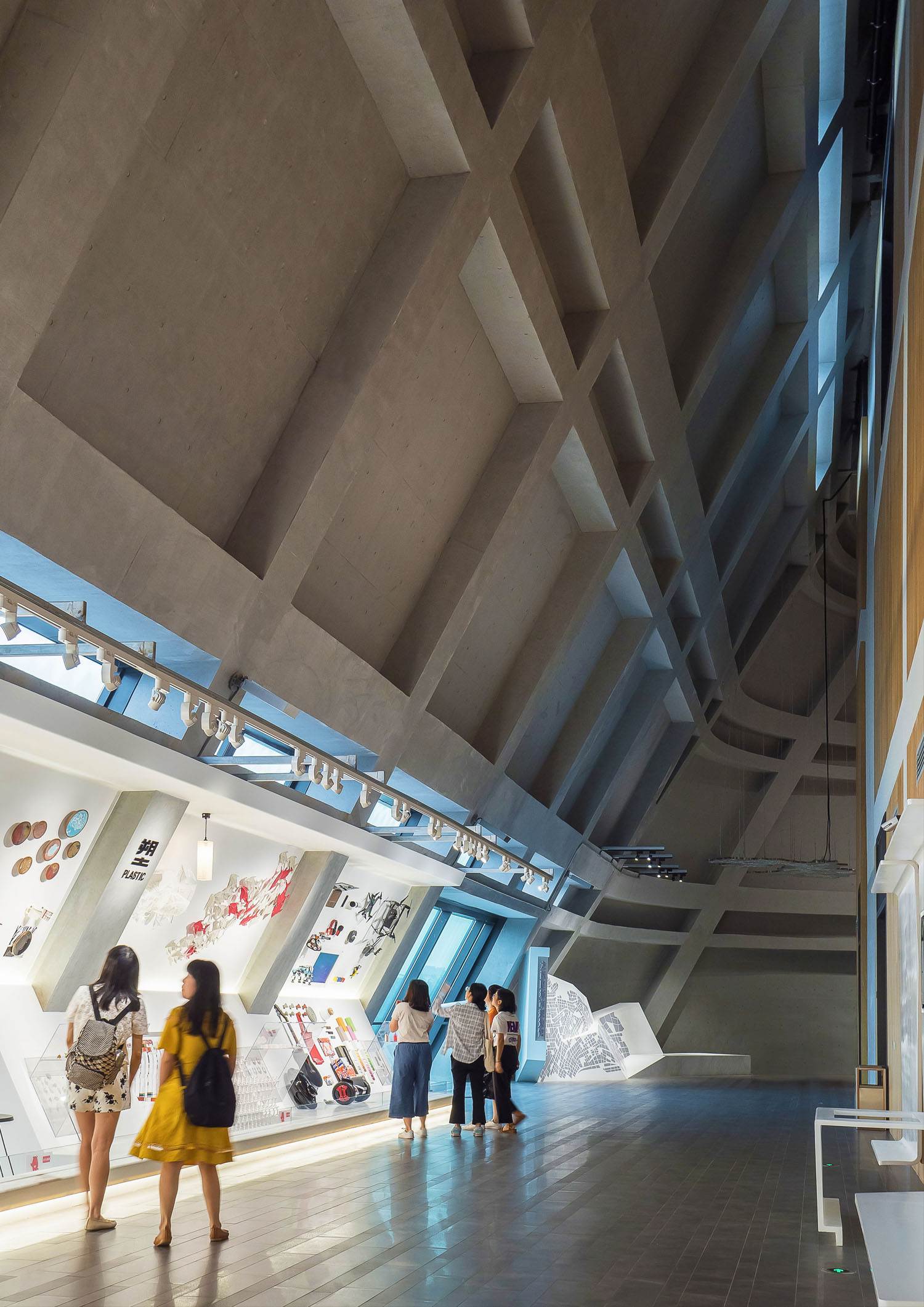 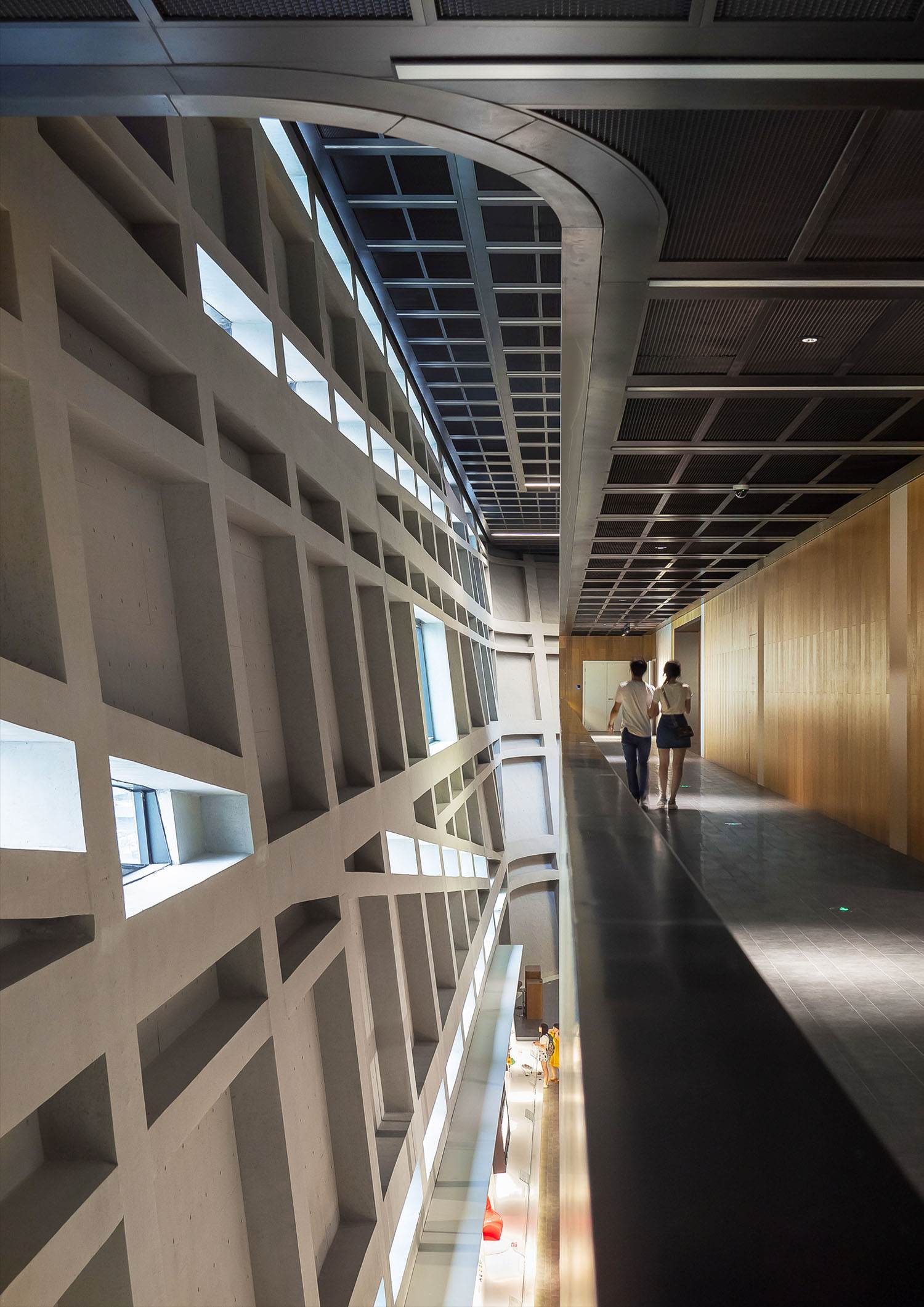 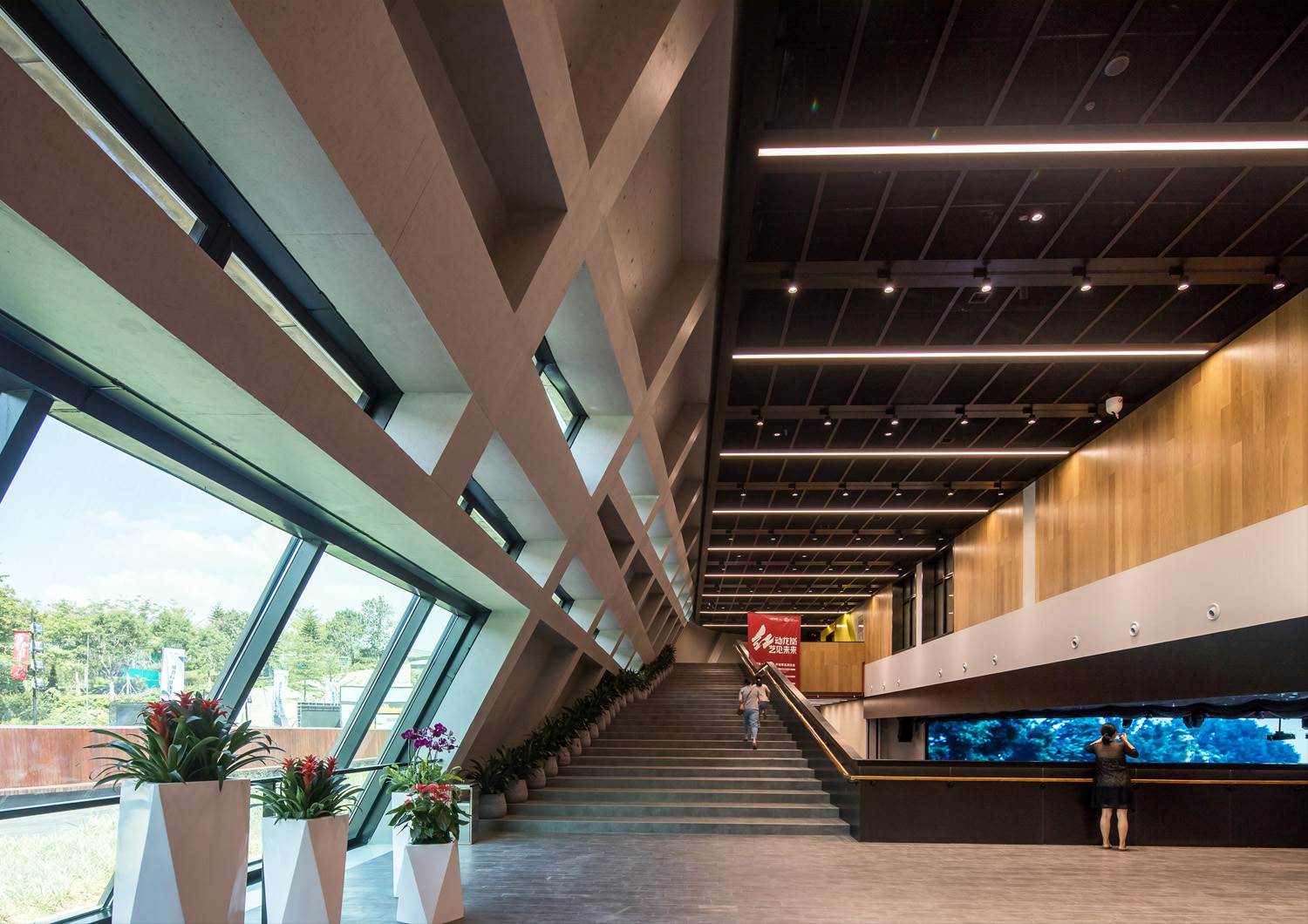 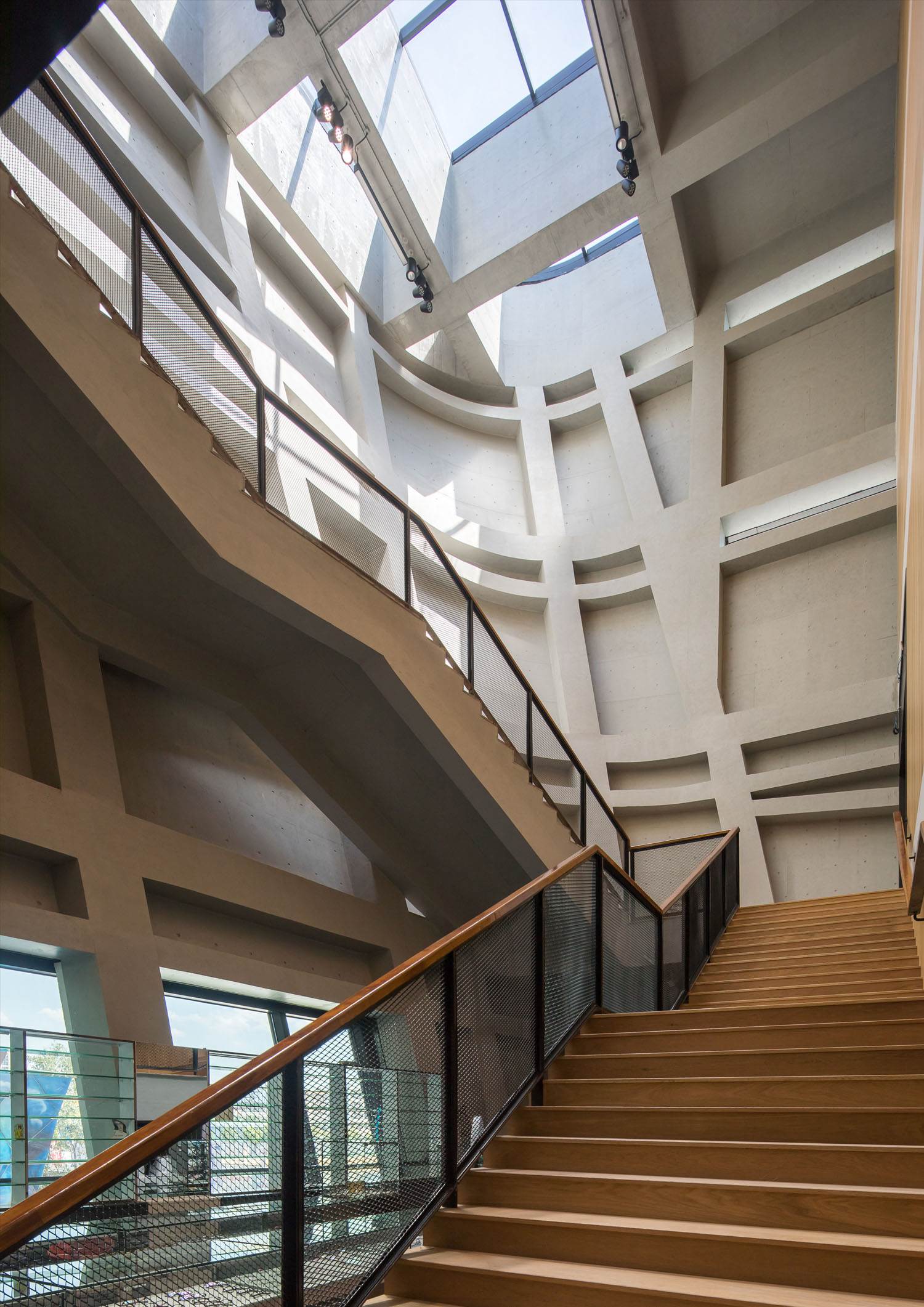 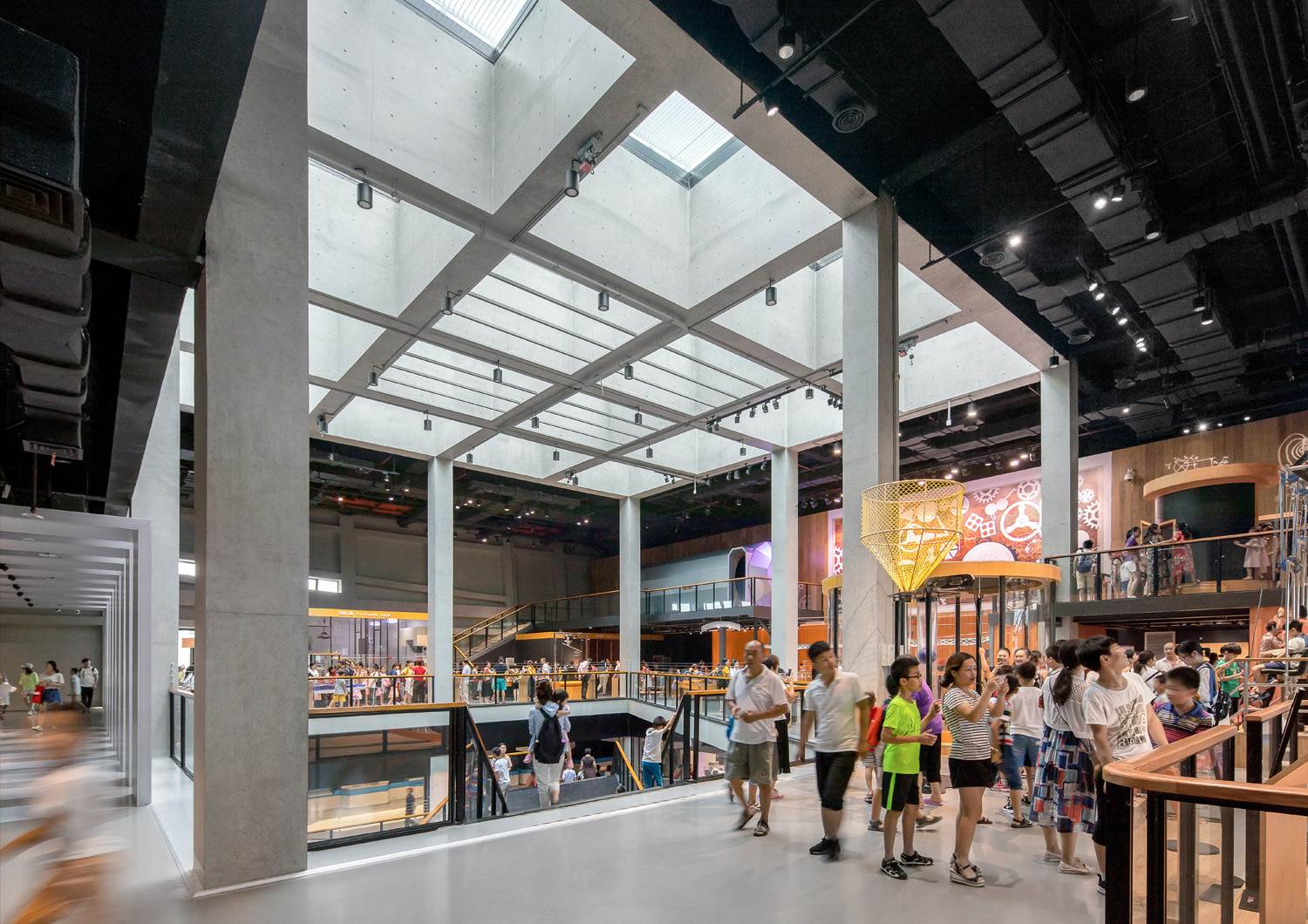 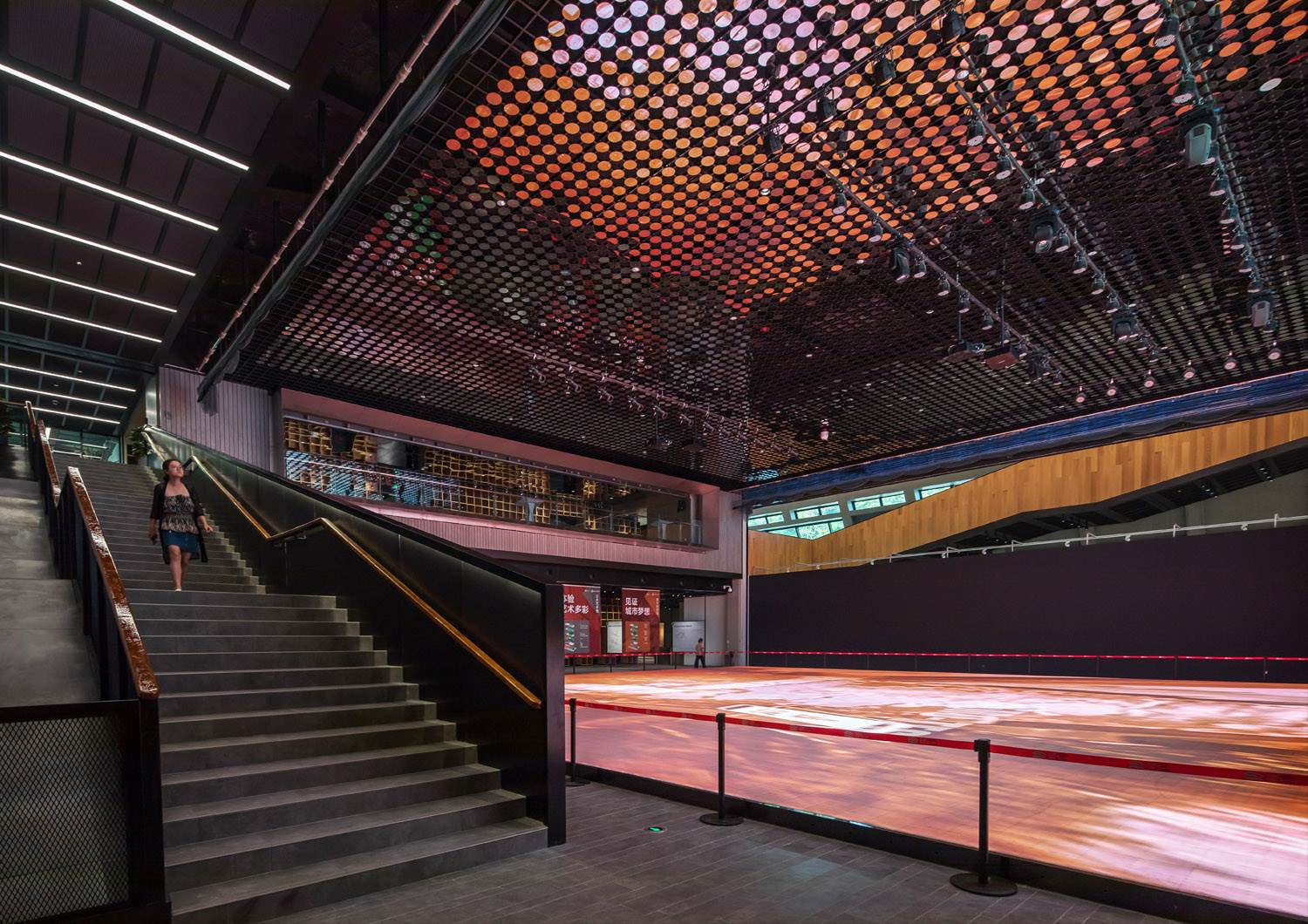 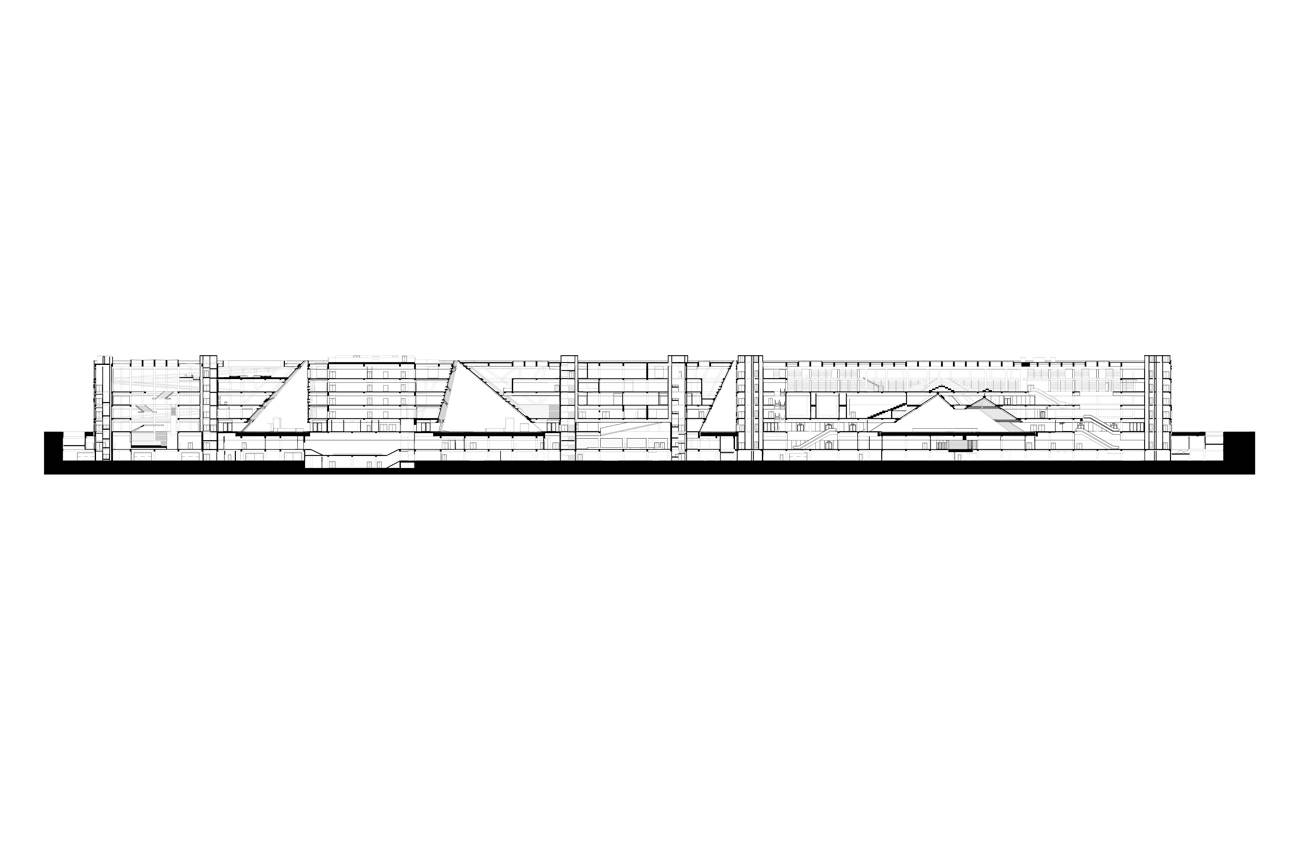 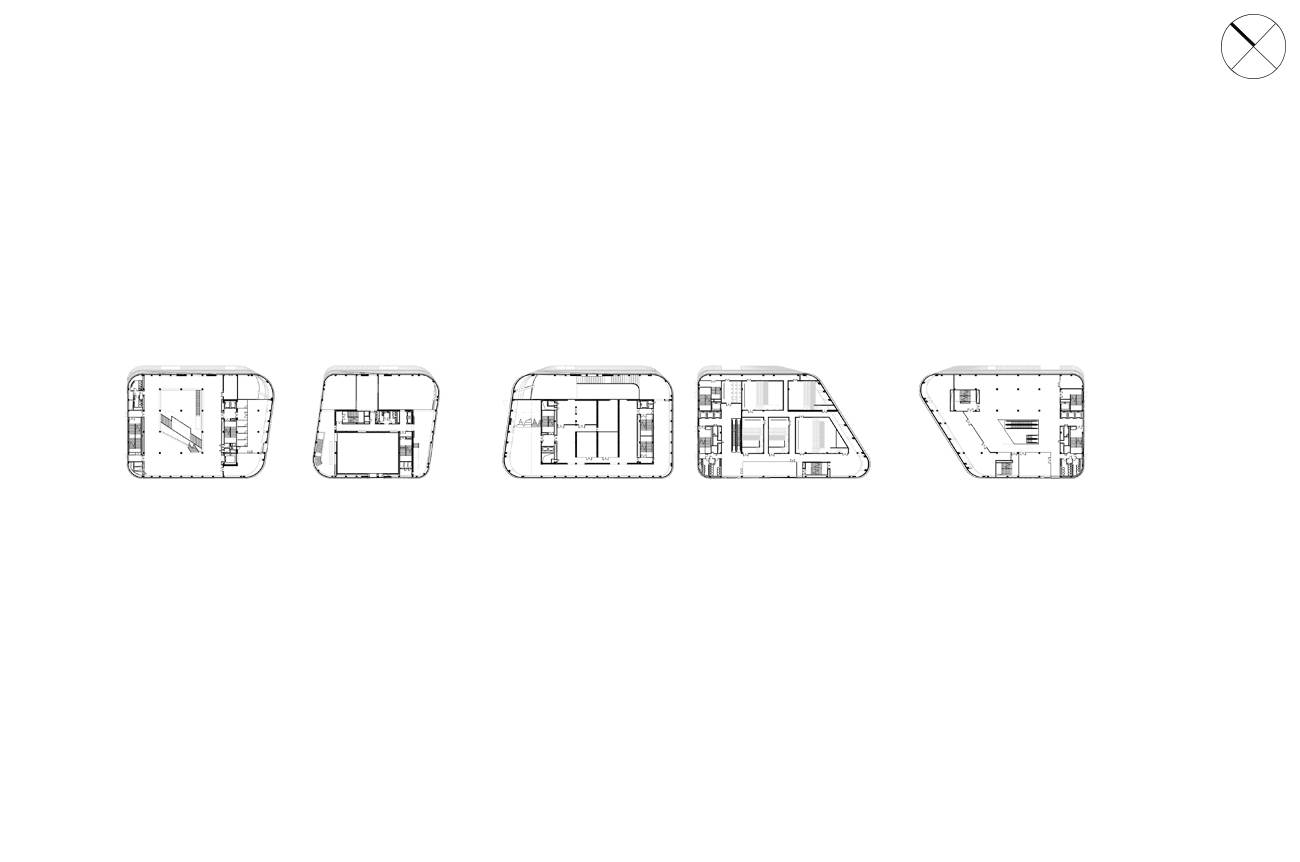 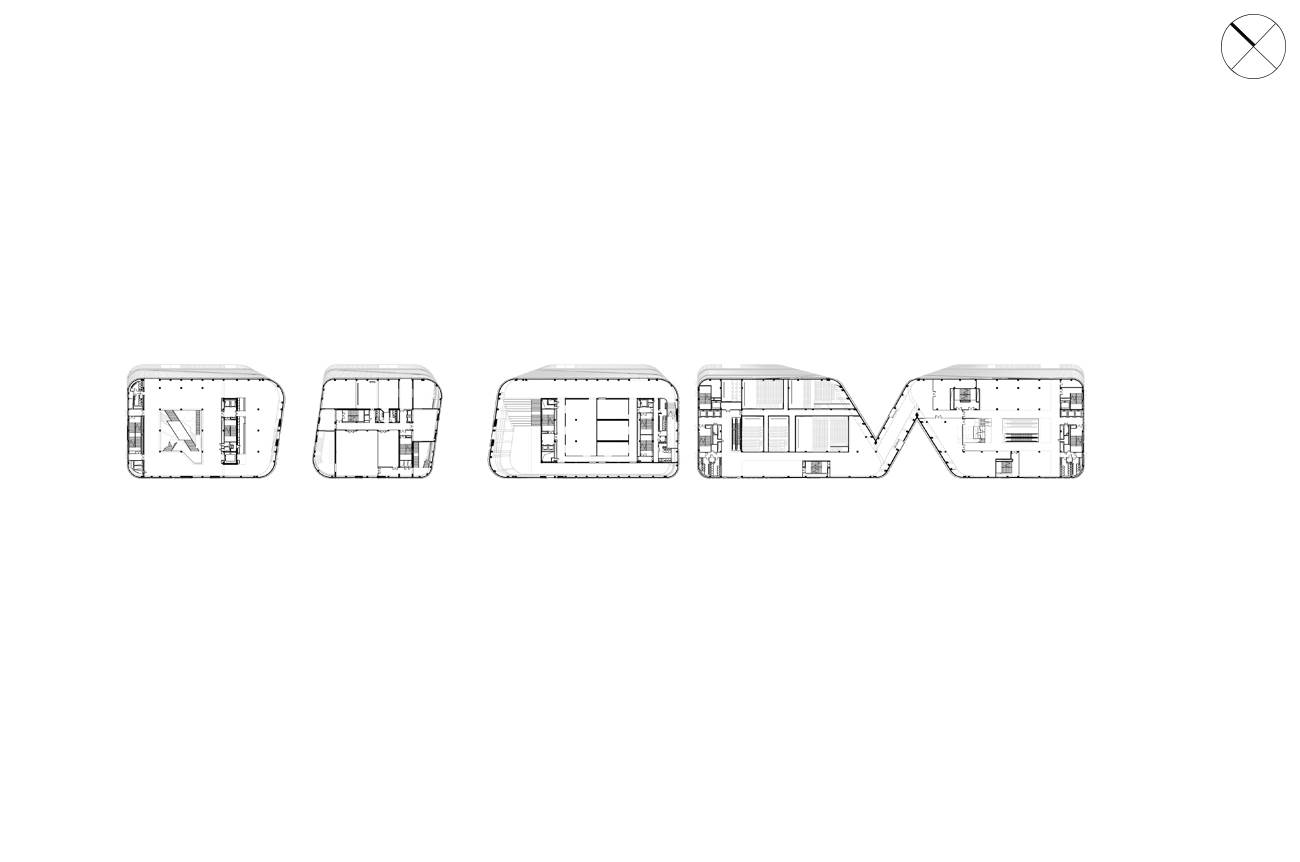 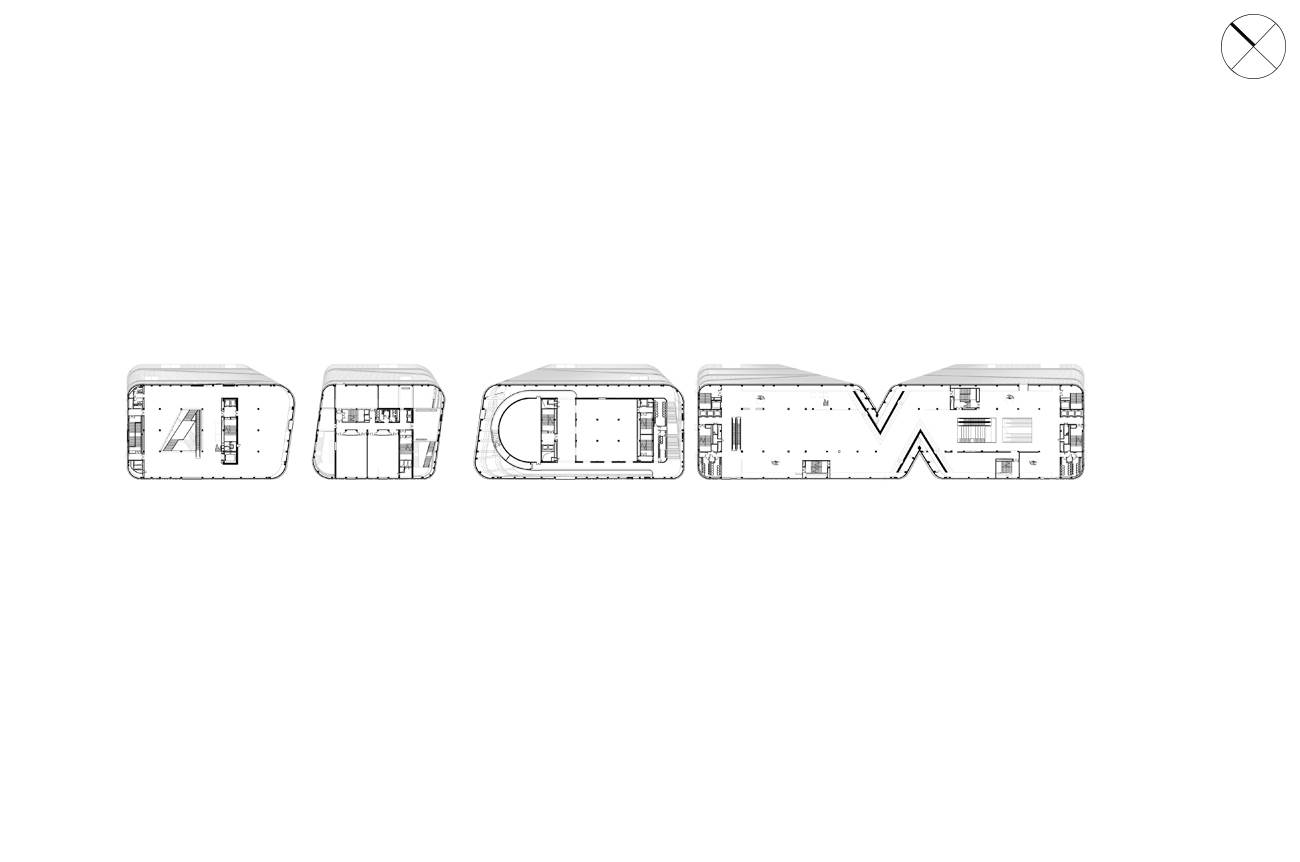 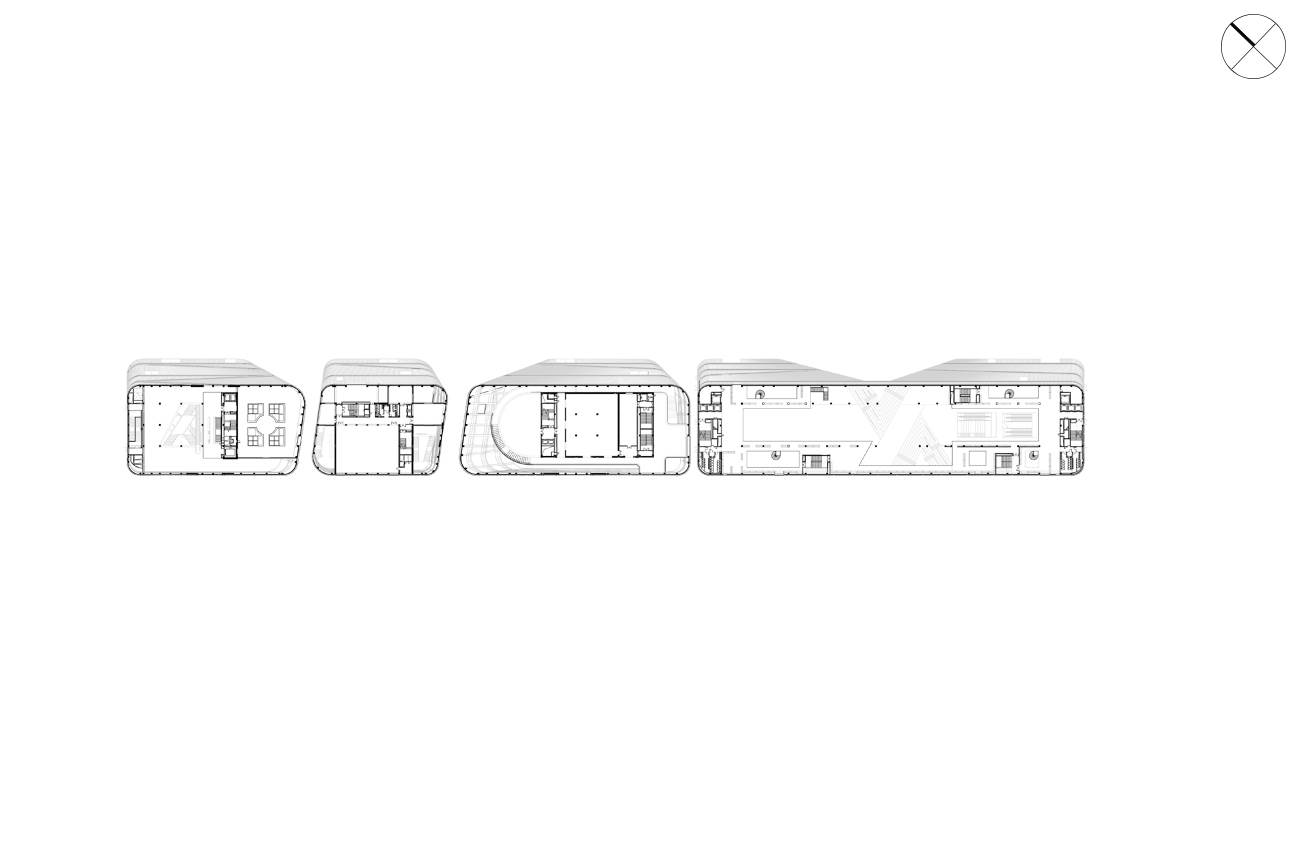