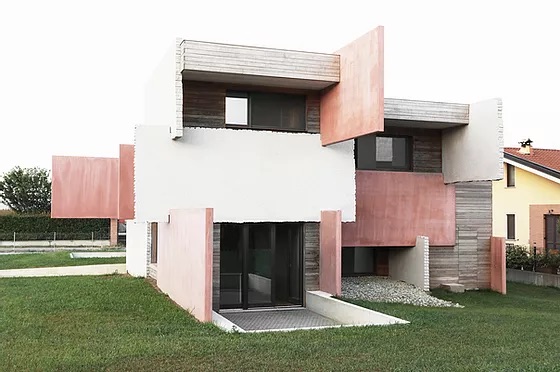 Research, experimentation and, ultimately, courage are the founding elements of the projects, including that of the Houses of Cards, of Elastico Farm, the firm founded in 2005 by architect Stefano Pujatti in partnership with Alberto Del Maschio and Sara Dal Gallo. The project of these two single-family houses, 200 sqm each, completed in July and located in a residential expansion area in the province of Turin, actually started long before the 2015 official assignment as it is the result of a long process of research and experimentation conducted by the firm on materials, technologies and program conducted by the firm on materials, technologies and programs.

A meticulous, obsessive research led the firm to get very close to the industries of brick, wood, prefabricated reinforced concrete and stone, with particular attention to Sardinian granite, to better understand their unexpressed potential and alternative uses. The framework of both houses, Cat House and Dog House, is formed more than by a combination, by a real interlocking of Sardinian granite slabs and large – 600 x 240 cm – coloured concrete slabs which define the external and internal volumes of the three levels of overlapping partitions, interconnected through a system of cuts and metal pins.

The choice of colours was influenced by the wish to pay homage to the land of origin of the clients, India, where the symbolic use of colour plays an important role in life. The wooden panels that complete the structures convey an idea of transformation, of natural finishing of the materials, which contrasts with the sense of stillness and perpetuity of the stone and concrete elements.

The idea of using Sardinian granite – a felsic intrusive igneous rock among the most abundant on the Earth’s surface, which, in addition to a relatively low cost, has excellent performance characteristics in terms of strength, durability and water resistance – stems from the observation of the excavation process and technologies and is part of the research program of the architecture firm on the use of this material as a load-bearing construction element; the cut of the quarry walls with diamond wire allows a high level of precision and, thanks to the compactness of the material, it is possible to obtain even large slabs. At a theoretical level – architect Pujatti explains – the compressive and flexural strength of a granite panel is comparable to that of reinforced concrete panels with the same thickness. Thickness which, in the case of the Houses of Cards, varies from 12 to 20 cm.

The two houses, although developed according to different formal logics – the first one more regular and intuitive, the second one more complex and rational – suggest, in their being an inhabited experiment, possible future developments and the results, once engineered, have already been included in more complex projects of the architecture firm, currently under construction.

In the first house, the Cat House, the orthogonality of the joints, which conveys a sense of rigor, has shown its limitations in the seismic vulnerability and has made it necessary to add some bracing steel reinforcements, whose mounting, together with the dry mounting of the panels, has increased the difficulty degree of the work. The dry construction technology, used in both houses, has reduced the concrete castings, thus allowing a reduction in processing times and costs.

In the Dog House, the concentric shape of the aggregation of the partitions, radially arranged around a central patio, has a better seismic response and is therefore devoid of additional bracing structures. The presence of a central courtyard proved to be more efficient also in terms of a better natural lighting. In this house, the radial direction of the first level of partitions contrasts with the irregularity of the arrangement on the two upper levels, suggesting a desired sense of unfinished and dynamic spaces that can change and evolve over time. 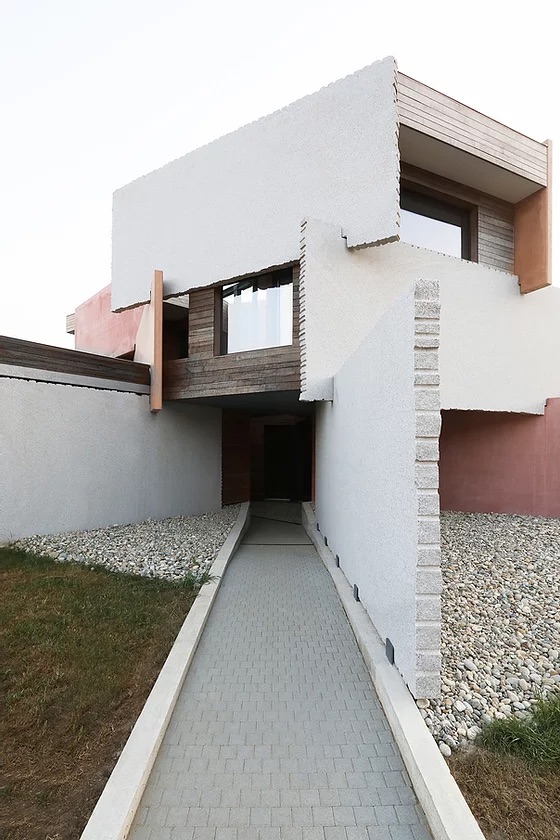 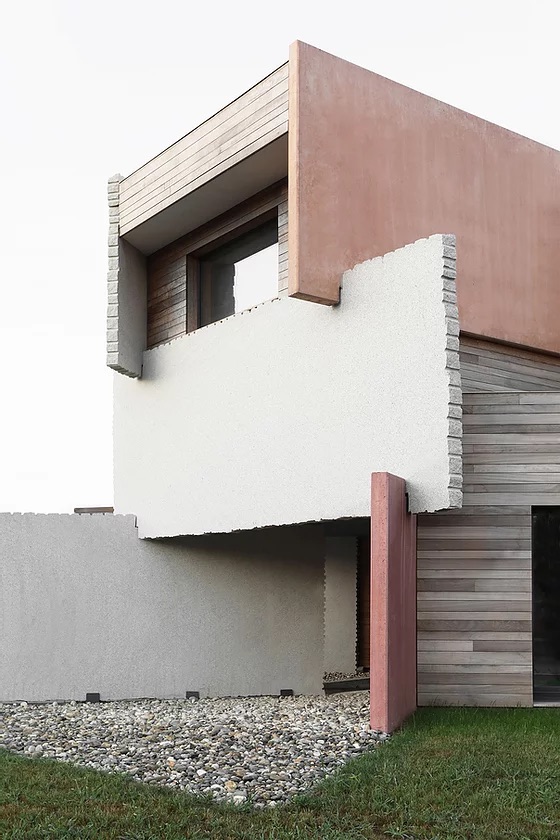 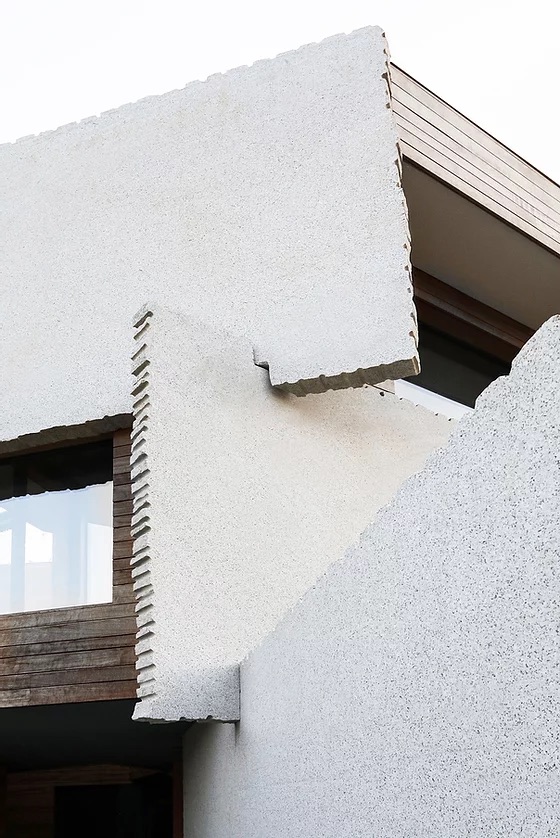 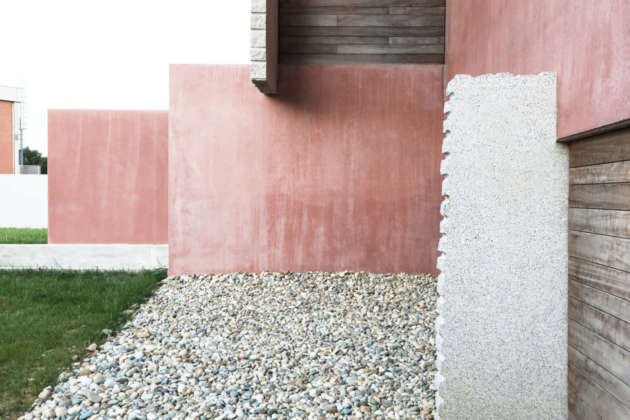 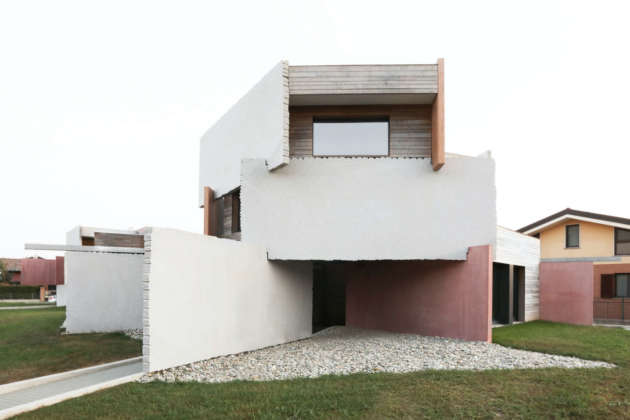 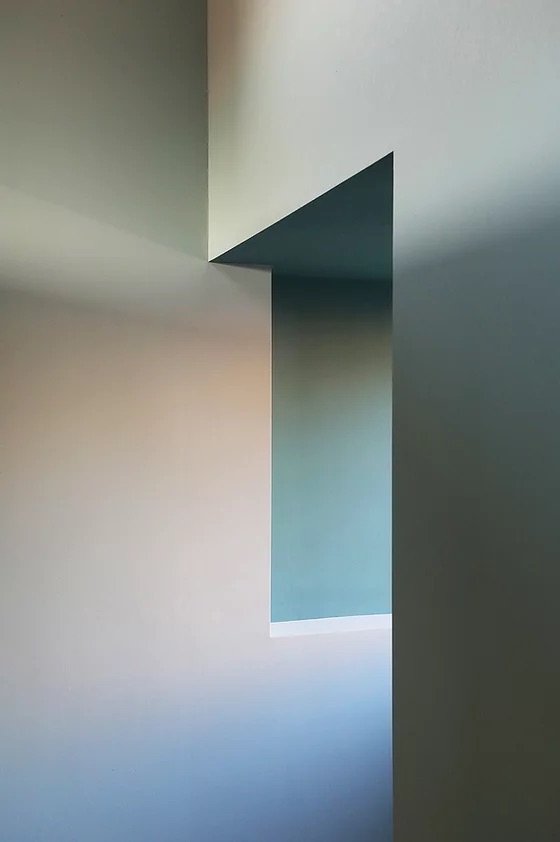 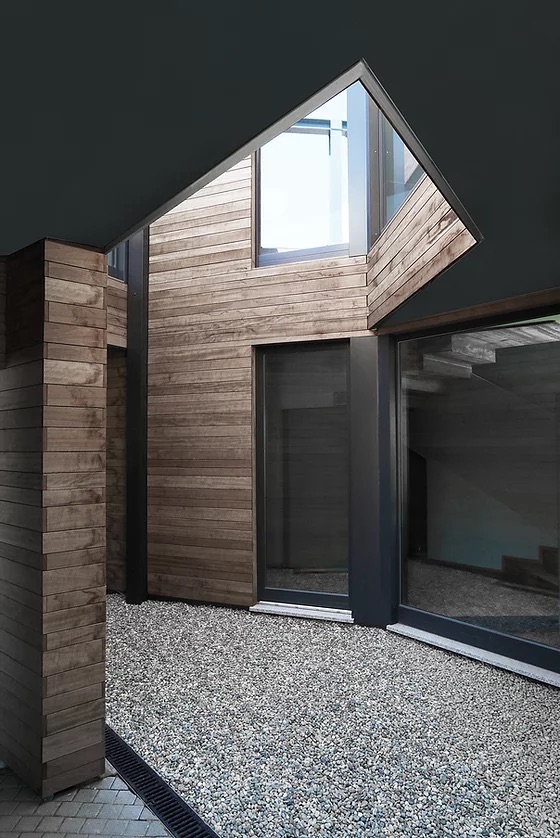 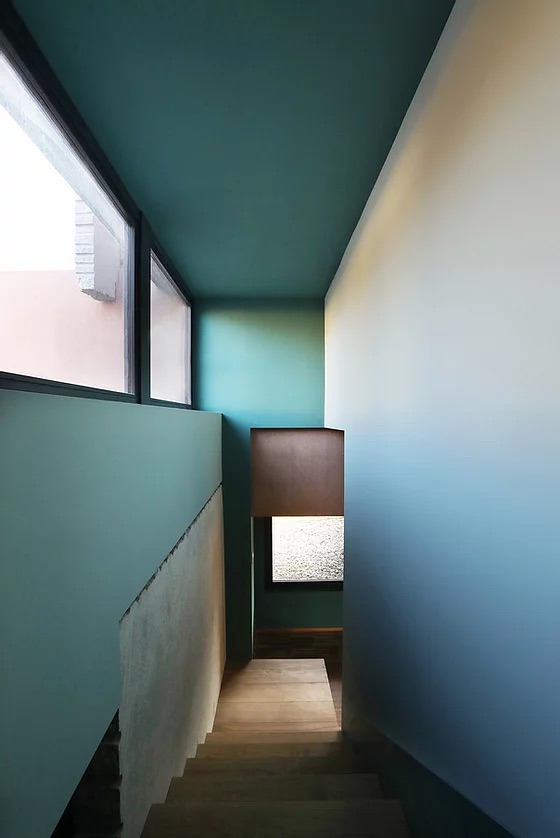 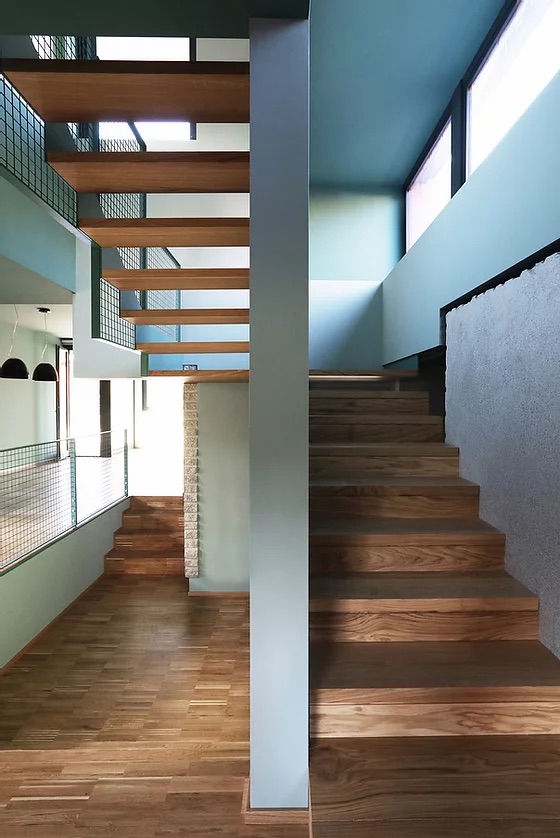 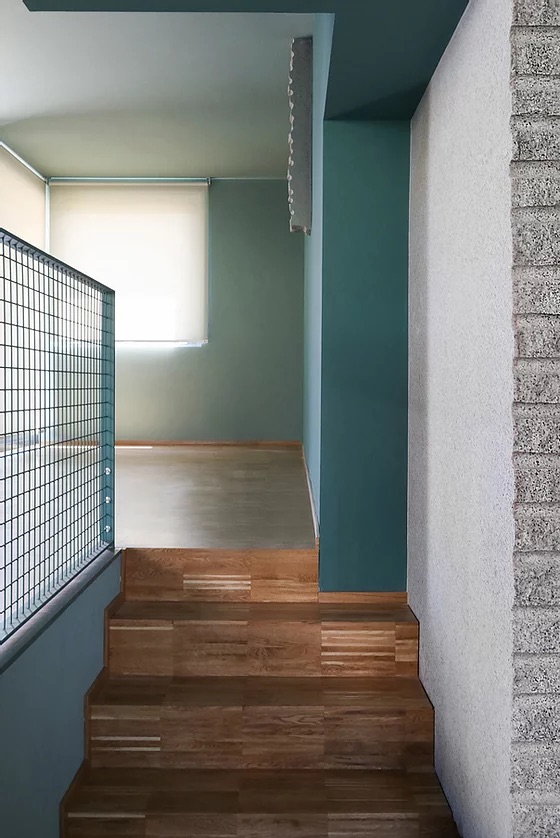 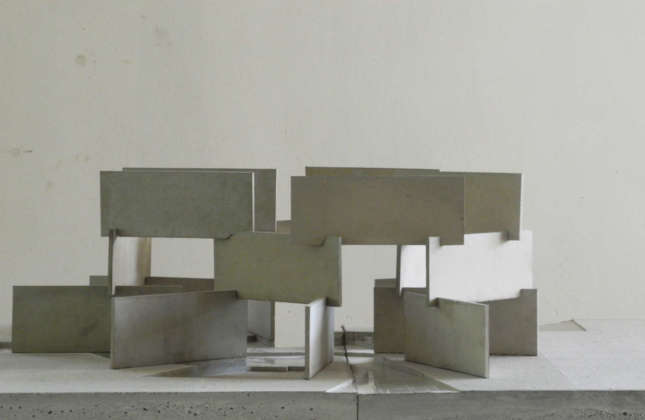