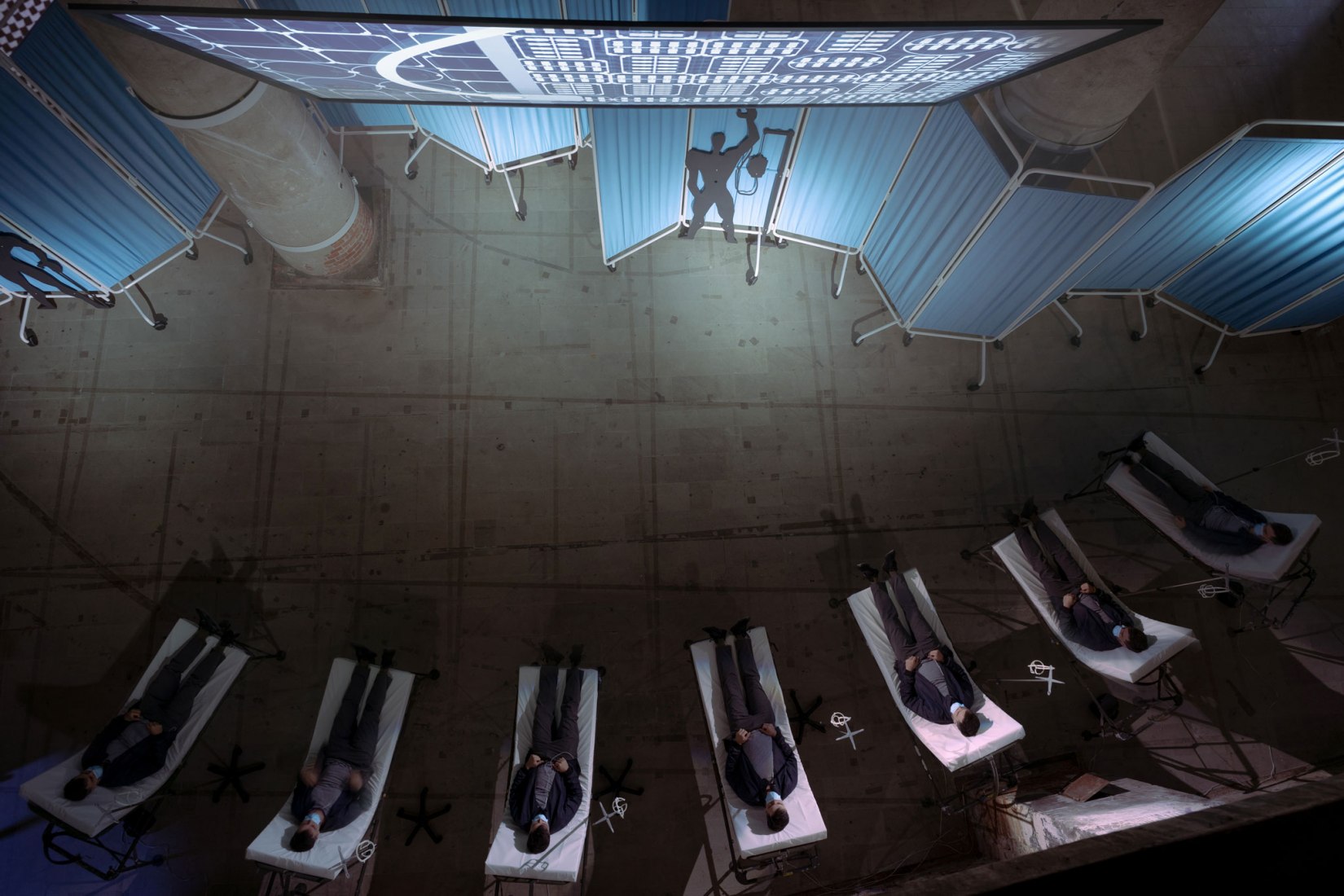 The international premiere of the short film “Hospital of the Future” by OMA and Reinier de Graaf was presented at the 17th International Architecture Biennale of Venice, curated by Hashim Sarkis. Starting from an analysis of the world’s health system, analyzing its potential and critical issues, the short film invites us to reflect on issues that today more than ever have become of fundamental importance. What will be the future of the hospital after the pandemic? How can technology be exploited to improve health conditions? But above all, if it became automatic, could the hospital of the future be more human?

The hospital director became manager. The doctors became staff. The patient became client. And what could be better for business than a steady flow of clientele? The old and chronically ill went from burden to business opportunity. Their recurring visits became a trend to capitalize on. Ambulatory care was key to the hospital of the future. The shorter the stay, the better it is. Less expensive and less stressful, for all involved. In, out, and off home to recuperate. Out with beds, and in with technology. Advanced treatment, faster recovery time and remote monitoring became the new dogma. People were best kept out of the hospital. Being well was a personal responsibility. And countless people bought into it, surrendering to diets, punishing exercise regimes, eastern mysticism or all at the same time. Life was about self-improvement. Most of us didn’t need hospitals, and we certainly didn’t want them. At home our beds were comfortable, the food edible. It had been 100 years since the Spanish Flu, long enough to erase its impact from collective memory and long enough to lose those who learned from the experience. And then one day it happened. At first, few were willing to acknowledge it. Those where it started wouldn’t admit it to the damage. Those far away wouldn’t believe it could reach them. It did, and without exception. Though indiscriminate in choosing its hosts, it soon became clear that the elderly and those with underlying health conditions were the ones to fall victim – precisely the people medical progress had managed to keep alive the century before.

Politicians continued what they had been doing already, in order to prove they’d been right all along. Democratic nations urged more transparency, authoritarian ones more authority. Yet, there was only so much the state could do to fight the disease. Citizens had to play their part. Non-citizens would have better luck elsewhere. The crisis called for sacrifice in the form of austerity, restrictions, mass surveillance – another war on terror. Even former dictatorships-come-democracies, like those in Eastern Europe, agreed that in times like these one’s best defense is one’s army. All hope was put on a vaccine. Scientists all over the world were mobilized to find one. At most it would take 18 months, experts predicted. Meanwhile, the number of victims grew exponentially every day. Until one day the numbers started dropping. And then miraculously stopped. The research was left for another day. There was an economy to be rescued.

The Hospital of the Future designed by Oma and Reinier de Graaf, will be on view in the Arsenale, at the end of the Corderie, in a setting featuring larger-than-life hospital curtains and field hospital beds acquired from the Italian army. Real-size figures inspired by Le Corbusier’s Modulor Man represent patients suffering from contemporary common afflictions, calling into question the notion of an ideal standard of health.

On the last day of 2019, the world changed. In a very short time, an outbreak became an epidemic, and before long, the epidemic became a pandemic. It soon became clear that precisely the people that medical progress had managed to keep alive were the ones to fall victim. The chronic suddenly became acute.

The hospital as we know it is dead.

The hospital of the future will be in constant flux, like a theater, transforming its space to the event. If organs can be 3D printed, could the hospital be 3D printed? Using its waste as resource, could it rebuild itself perpetually? The hospital of the future will be self-sufficient. Like a greenhouse, producing its own crop. If we revive old remedies for common afflictions, could we grow just what the doctor prescribes?

If it became fully automatic, could the hospital of the future be more human? 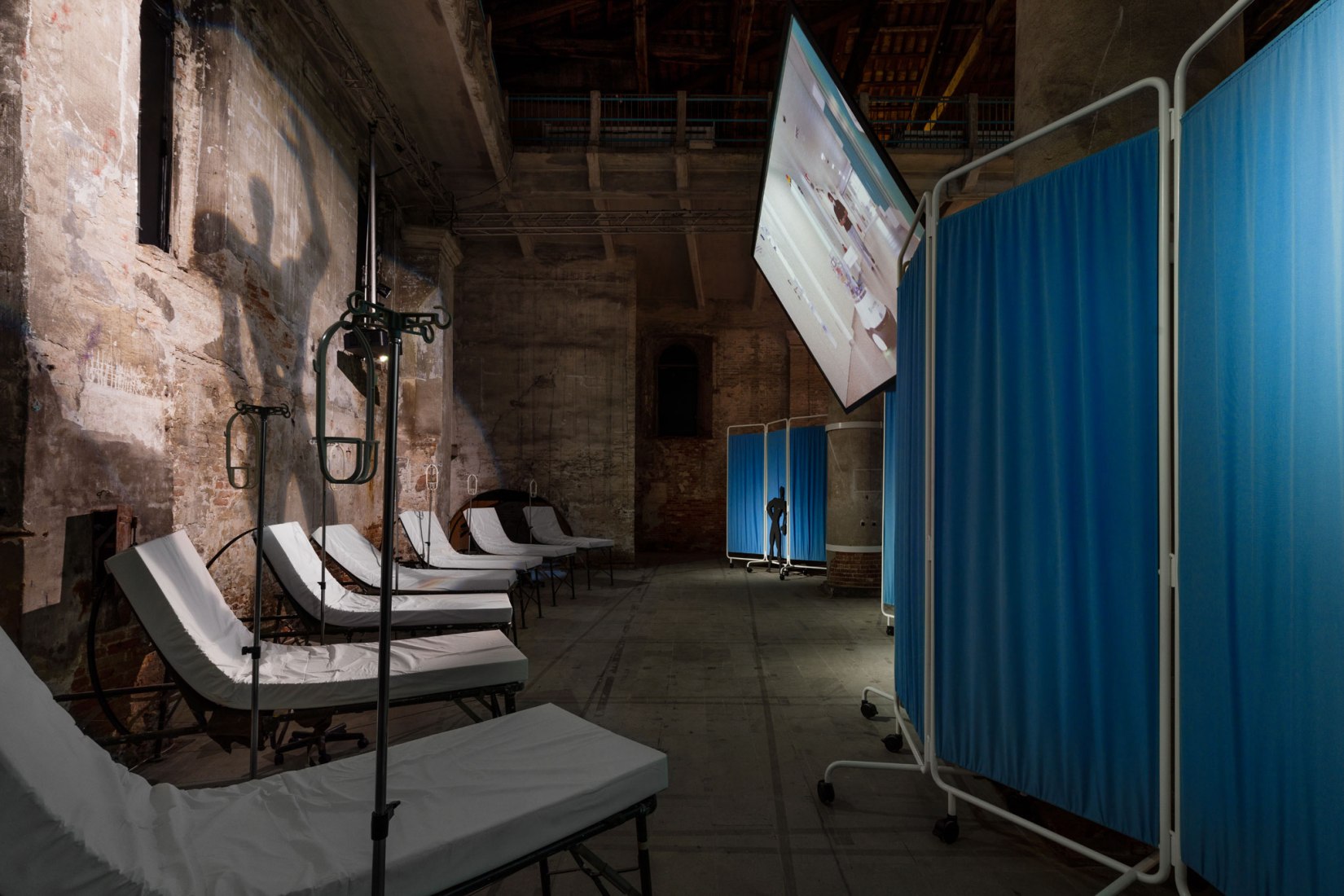 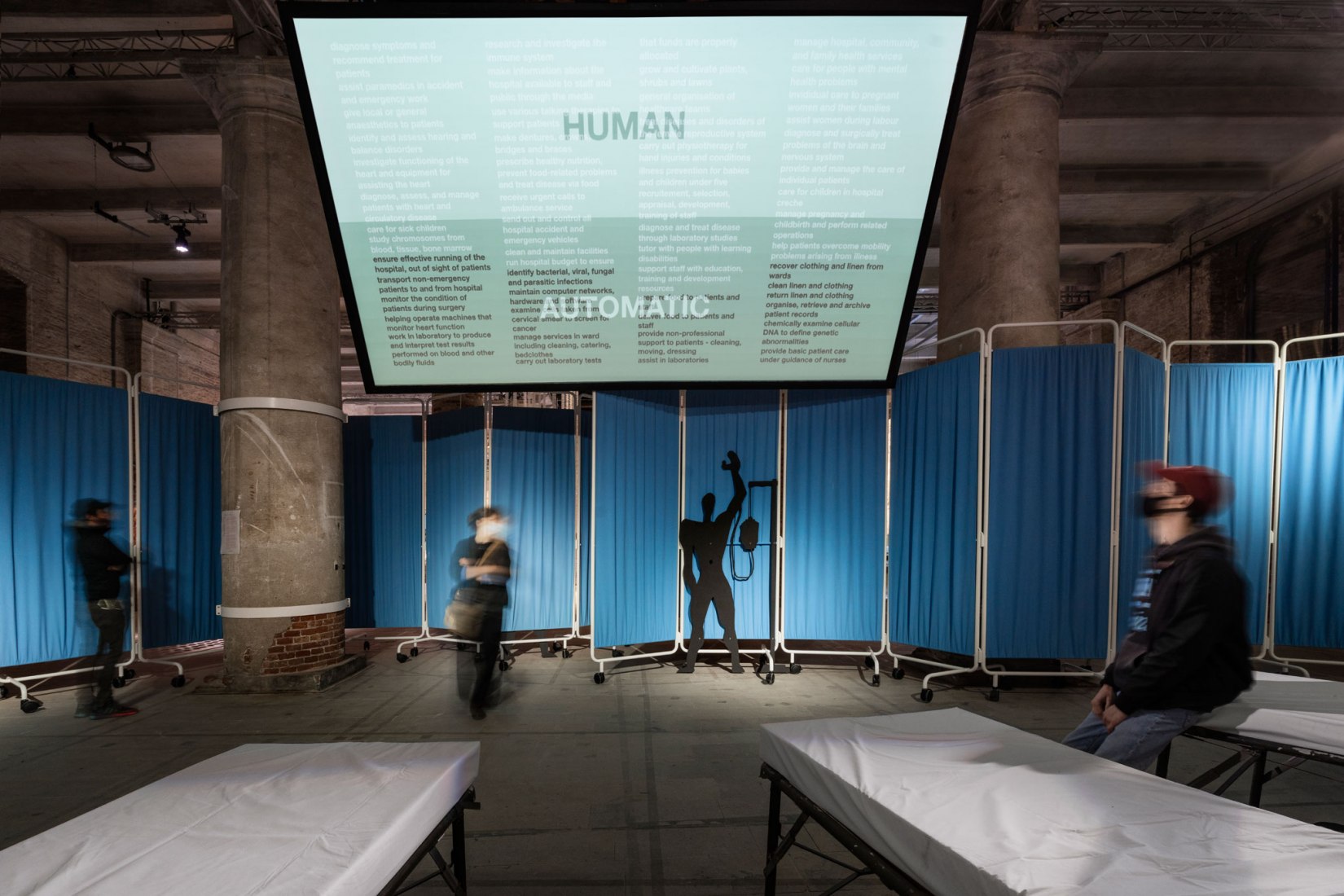 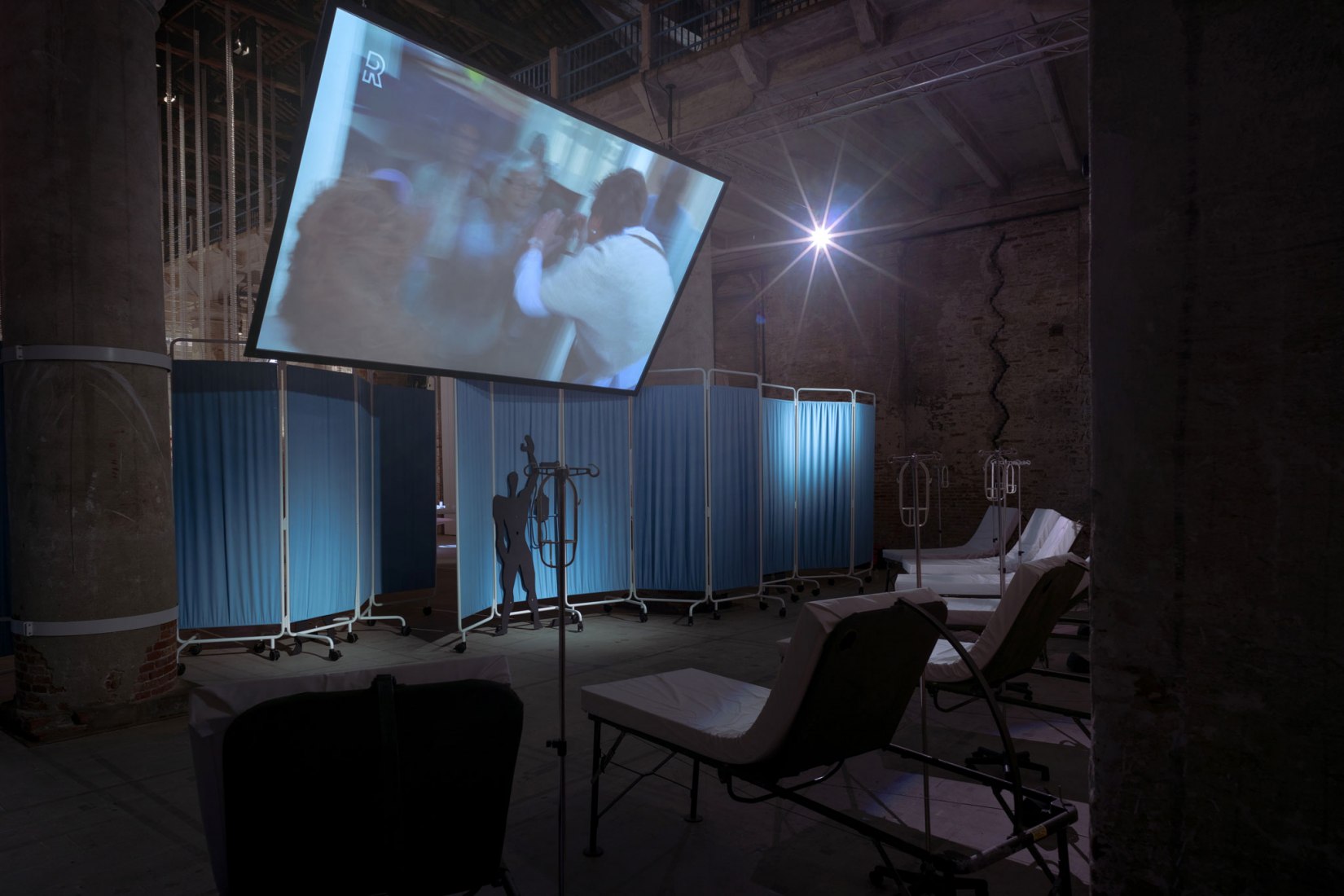 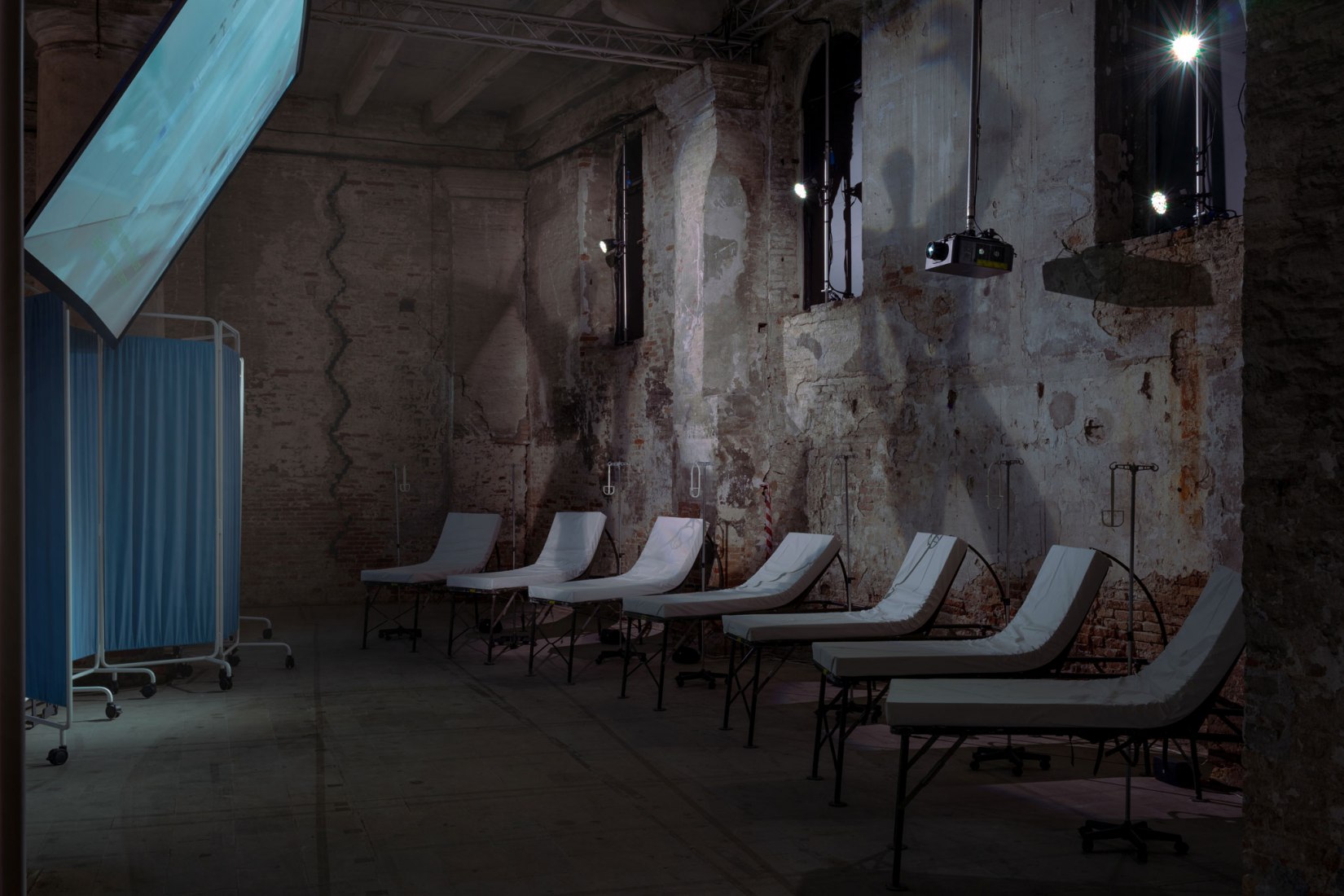 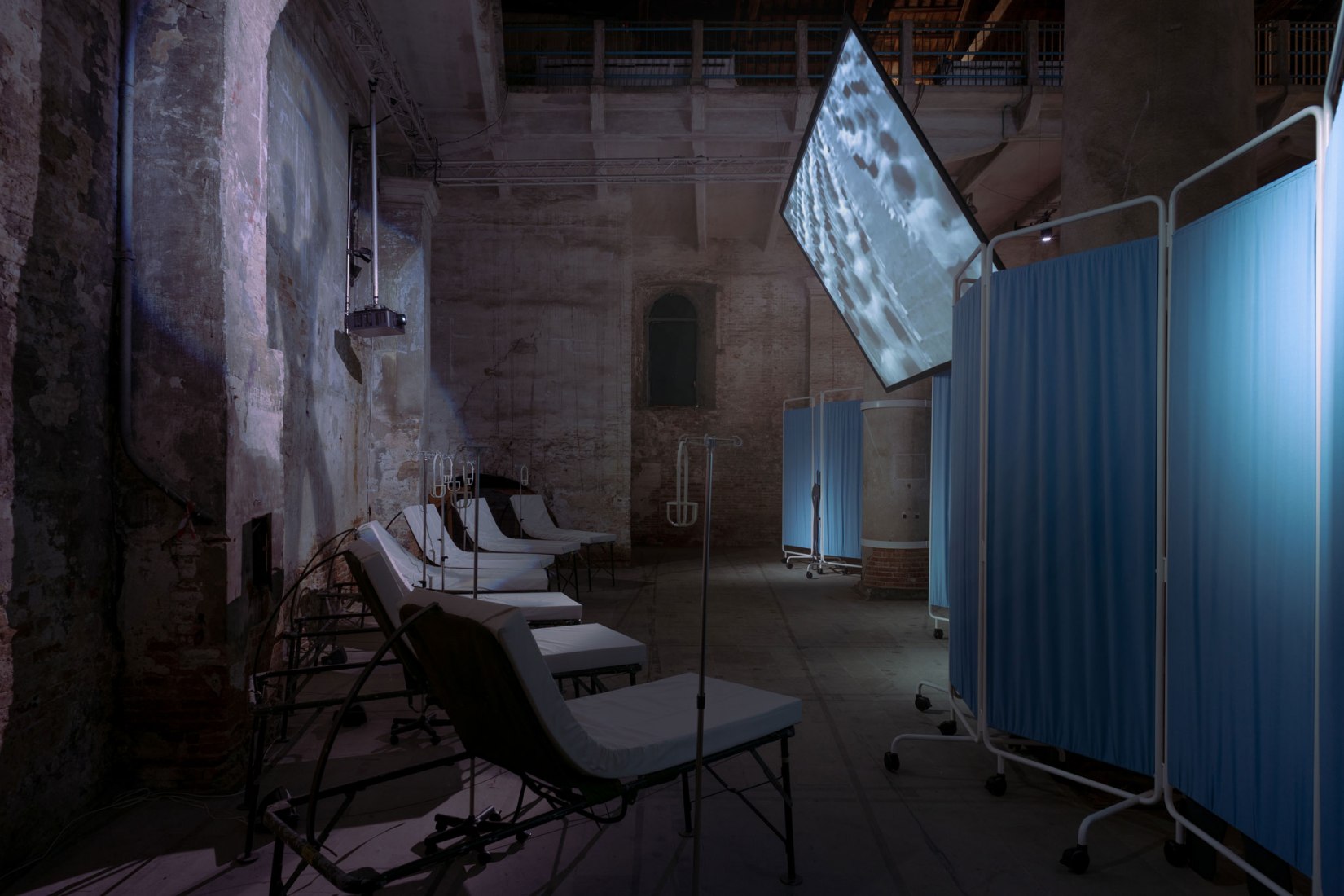 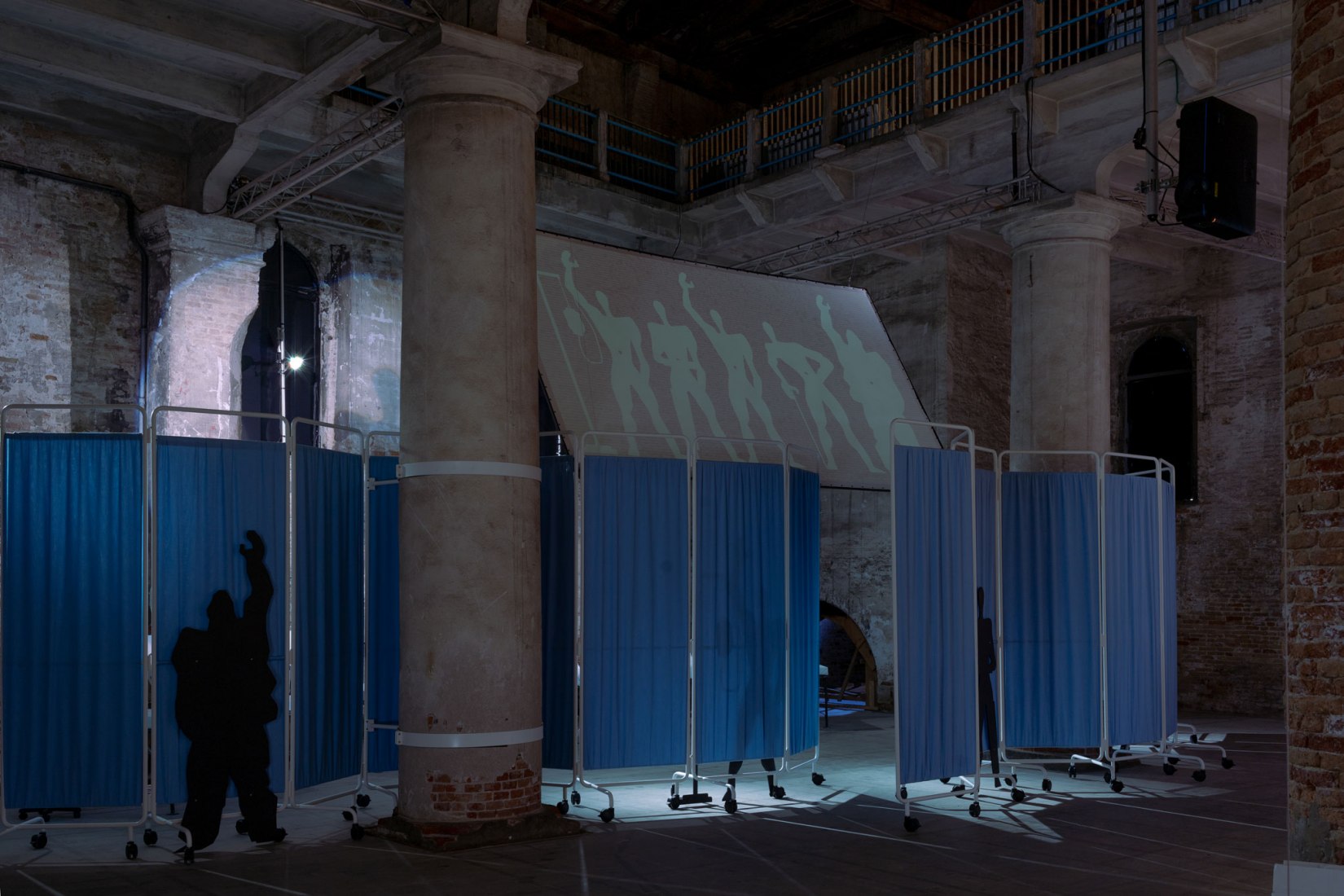