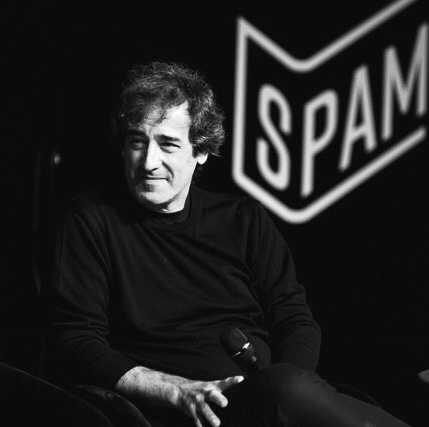 Born in Rome in 1959. He graduated from the Faculty of Architecture – Sapienza University of Rome. In 1992 he co-founded together with Guendalina Salimei, Giancarlo Fantilli, Giovanni Pogliani and Mariagusta Mainiero the architecture firm T-Studio based in Rome and, since 2008, with offices in Hanoi, Vietnam. The studio has received numerous awards including the Rome Architecture Award in 2002, the XII and XIV Triennial of Architecture in Sofia, the Selinunte Architecture Prize in 2014, the Prize dedicated to the Domenico Pertica – Oscar of the city of Roma in 2015 and the the UrbanPromo Prize for Urban Planning in 2016. Recent works include the redevelopment of the Auditorium della Tecnica in the Confindustria headquarters in Rome, the extension of the cemetery in Frascati (Rome), the Dao Viet project: an eco-sustainable city in Ha Long Bay (Vietnam), the Multifunctional Centre in Halong Bay (Vietnam), the redevelopment of the monumental area of the port of Naples, the eco-sustainable Vydrica district in Bratislava (Slovakia) and the redevelopment of the Corviale housing complex in Rome. The studio’s work has been featured in many both national and international books and magazines and has been invited to important international events such as several editions of the Venice Biennale, the Beijing Architecture Biennale, the Triennale of Sofia, Astana, Singapore, Moscow and at the UIA in Tokyo. Roberto Grio is a councilor of the Association of Architects in Rome and director of SPAM, the Rome Festival of Architecture promoted by the Association of Architects in Rome with the aim of fostering a renewed culture of design.

An Architect is an expert in urban, building and architectural design, restoration of monuments, landscape design, exhibition design, real estate appraisal and industrial design [translated from Italian Wikipedia]. But is this still the case, considered the phase of profound transformation and revision of values that we are experiencing and which is also affecting the architectural profession? A profession that is changing in order not to disappear. At times when the disciplinary certainties are giving way to the environmental needs, architecture has become a concept too abstract to appeal to the masses. Submerged, with good reason, by the climate emergency, covered with vegetation in search of legitimacy and a role, architecture aims to relocate itself within a new system managing complex processes and social opportunities. More sustainable, more interdisciplinary, the architecture of tomorrow will certainly have new awareness but, albeit profoundly transformed, it will continue to keep an eye, as it has always done, on the future, with that idealistic gaze of those who look at the world with the will to be protagonist and creator of their own and others’ future. As Vitruvius already wrote in his De Architectura, since this discipline is so important, supported and enriched by many different kinds of expertise, I do not think that people can justifiably profess themselves architects without having climbed from the steps of these studies and thus, nursed by knowledge of many arts and sciences, having reached the heights of the holy ground of architecture. Such considerations led, in 2019, to the decision to organize in Rome a Festival of Architecture, aimed not only at professionals, but also at citizens. Promoted by the Association of Architects of Rome, SPAM has been created with the aim of growing a renewed culture of design. During this event the contamination of ideas related to the theme of planning seeks space and viral diffusion, in universities and academies, in the cities, on the tables of politics, in citizens’ associations and, in general, wherever the future of our cities is addressed. Since we share these objectives with IQD, partner of SPAM, we are publishing here a first selection of the many interventions that, in these first two editions have provided an important contribution to the dissemination of the issues addressed. The international picture that has emerged is made up of ecology, environment, restlessness, precariousness, but also of experiments and important pilot projects. After Dreamcity in 2019 with its visions of architecture and Needs in 2020 with the presentation and the analysis of the new needs, the edition to be held this year from 23 to 29 July in the garden of the Casa dell’Architettura, entitled RESTART!, will focus on international measures and opportunities to restart, far from any trivialization, after a year of pandemic that has changed our habits and those of our cities. Urban regeneration will be pivotal in the restart and it is the precise duty of architects to ensure that, in dialogue with the public administration, all the necessary conditions are implemented so that this process can lead to a real improvement from several points of view: physical, social and environmental. 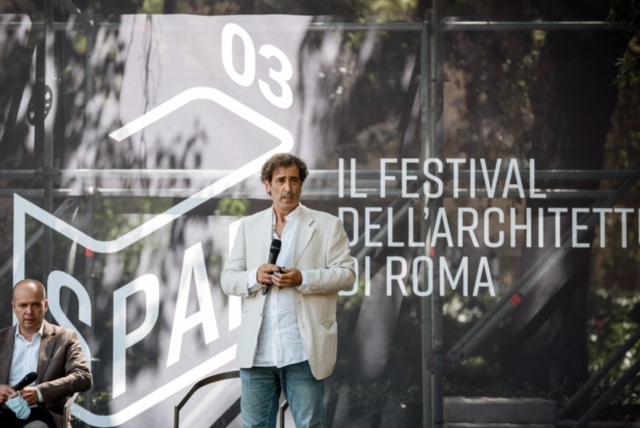 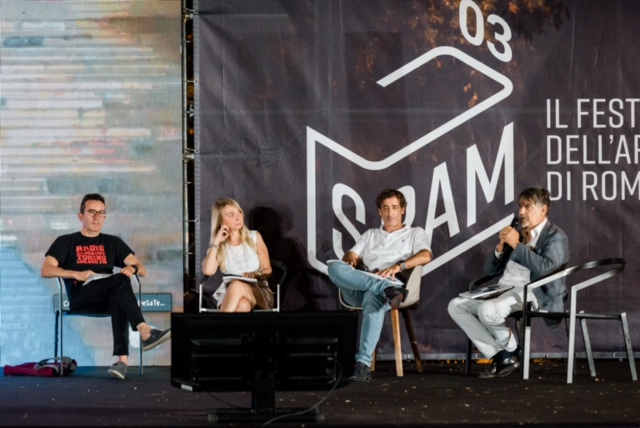 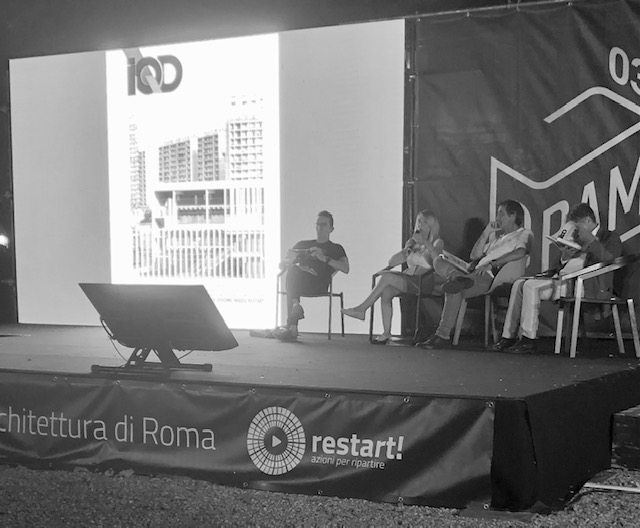 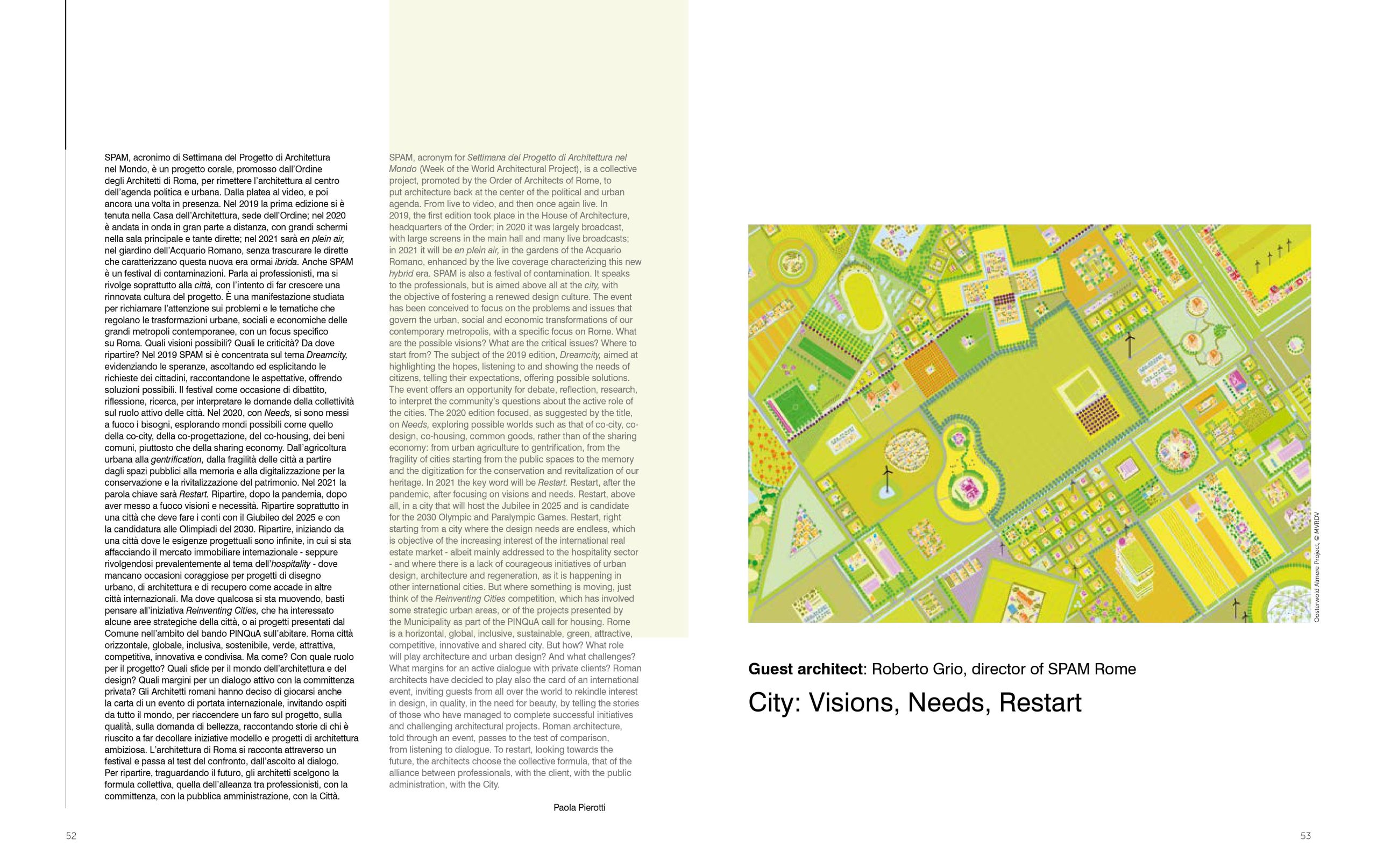 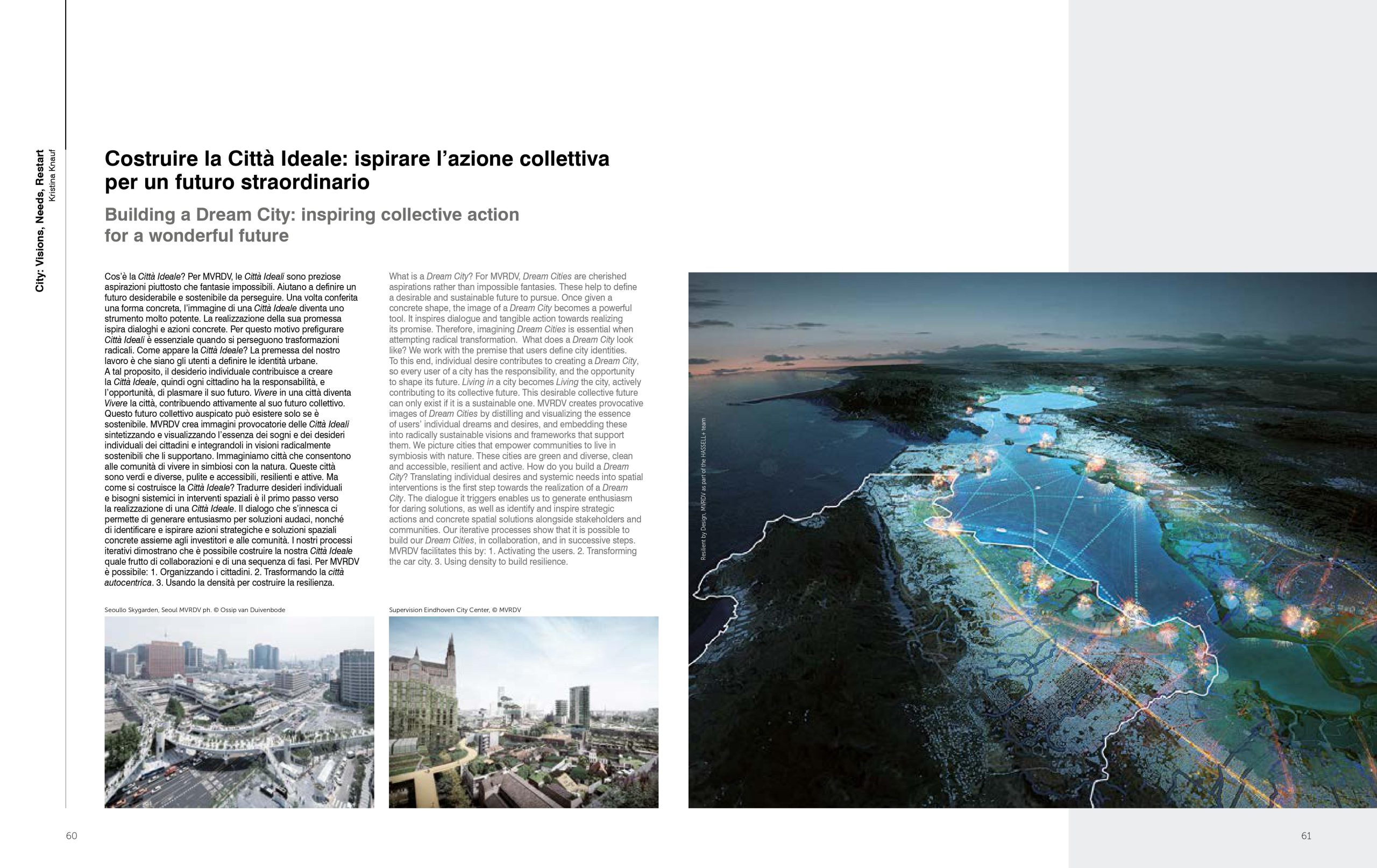 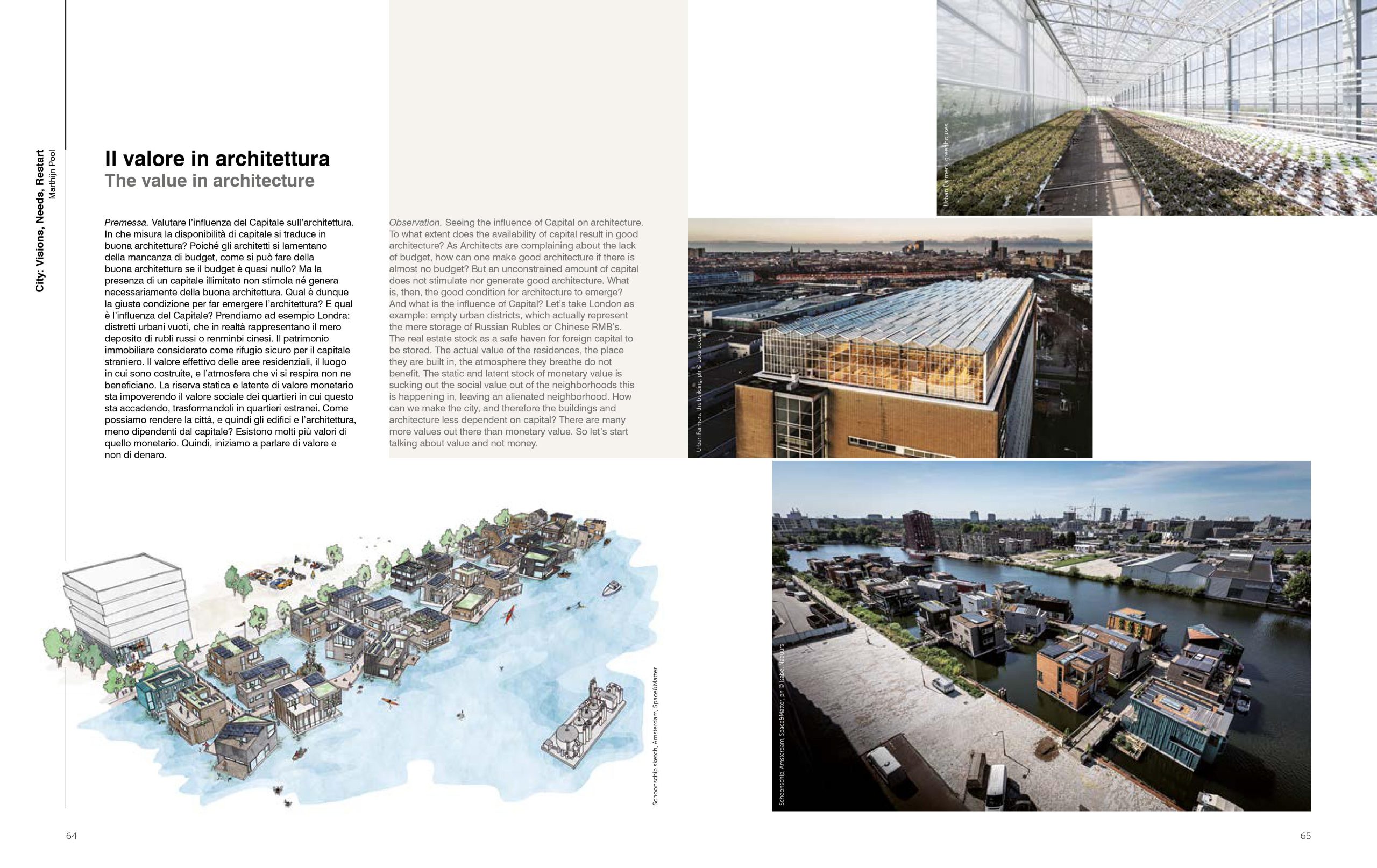 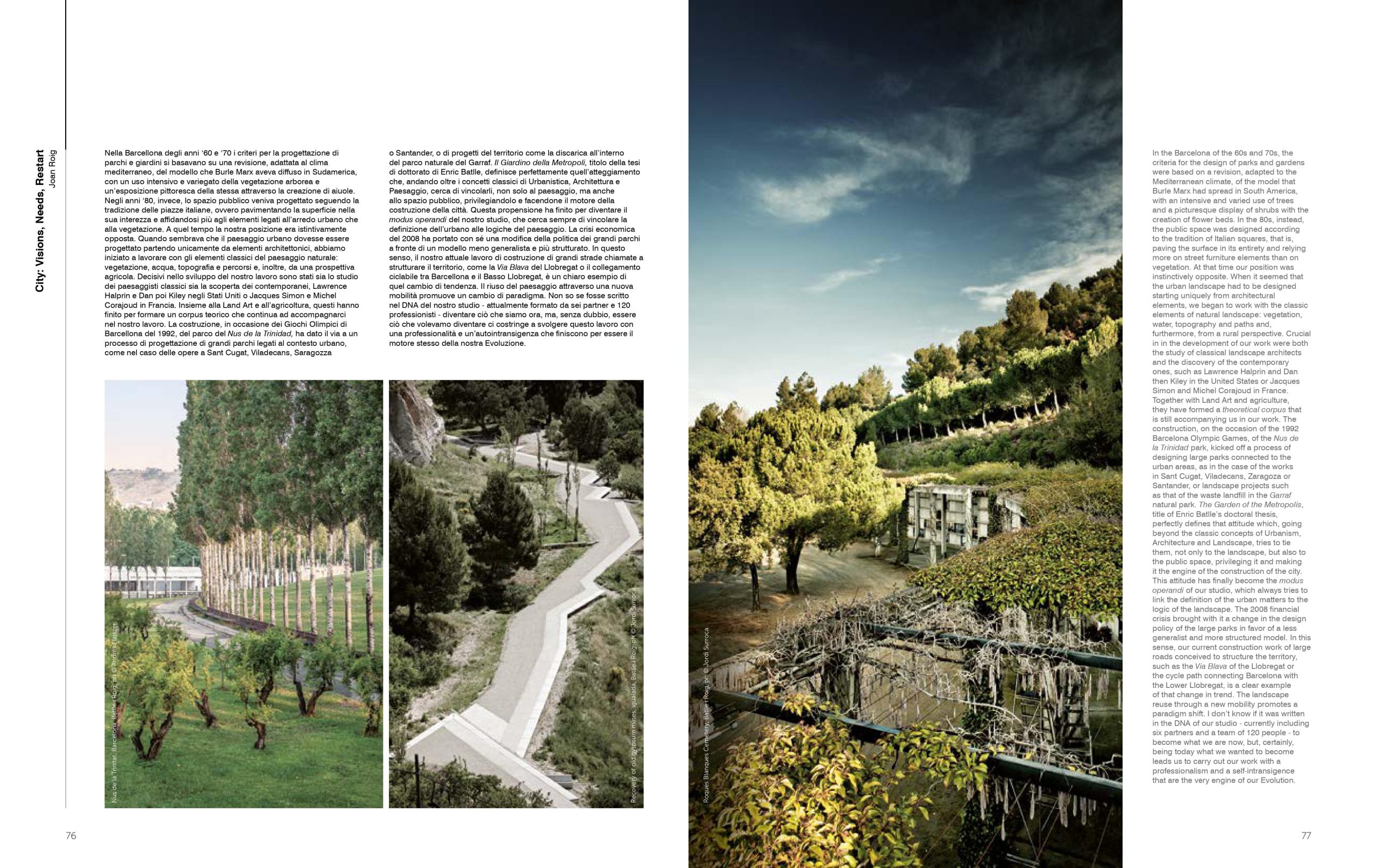 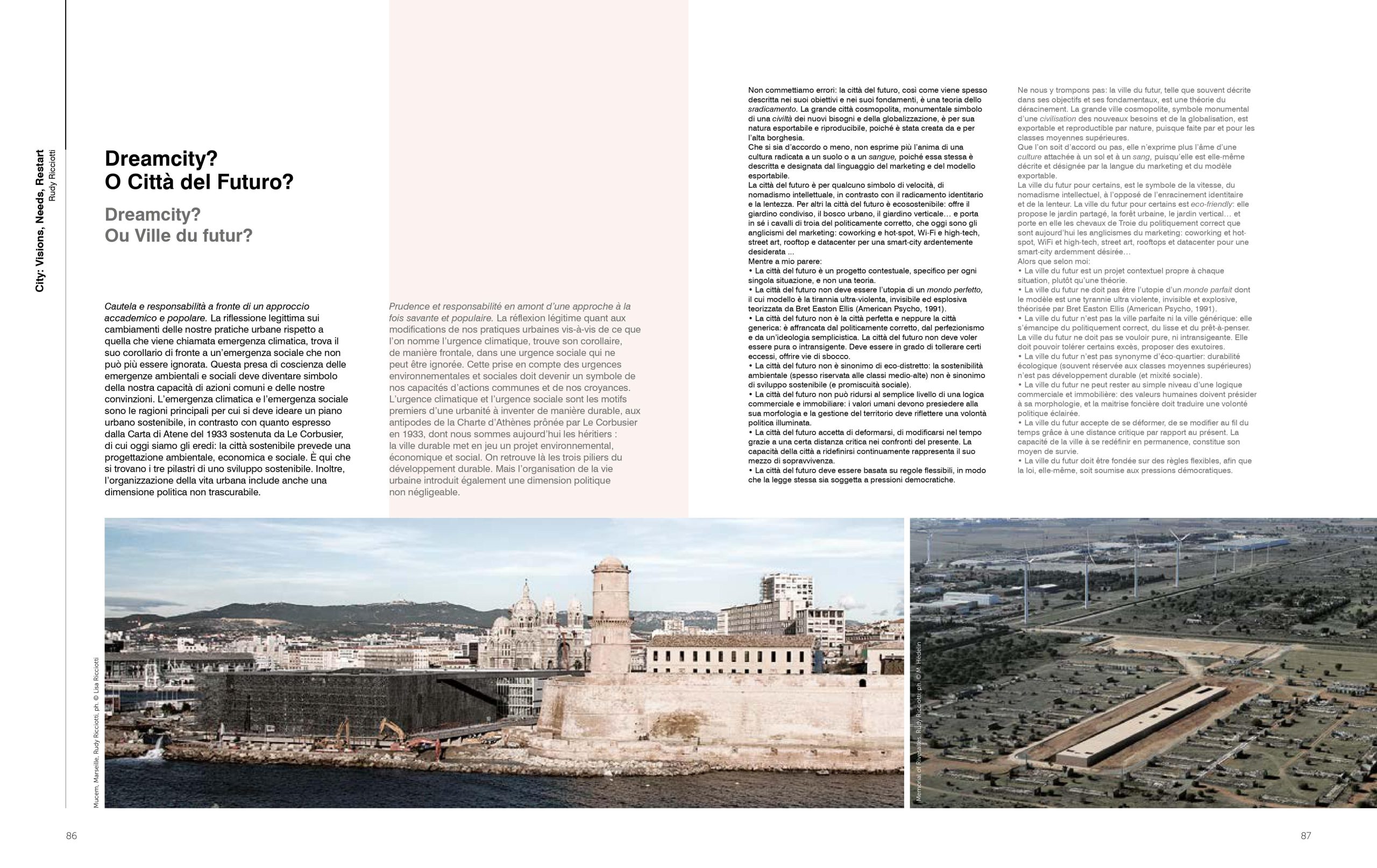