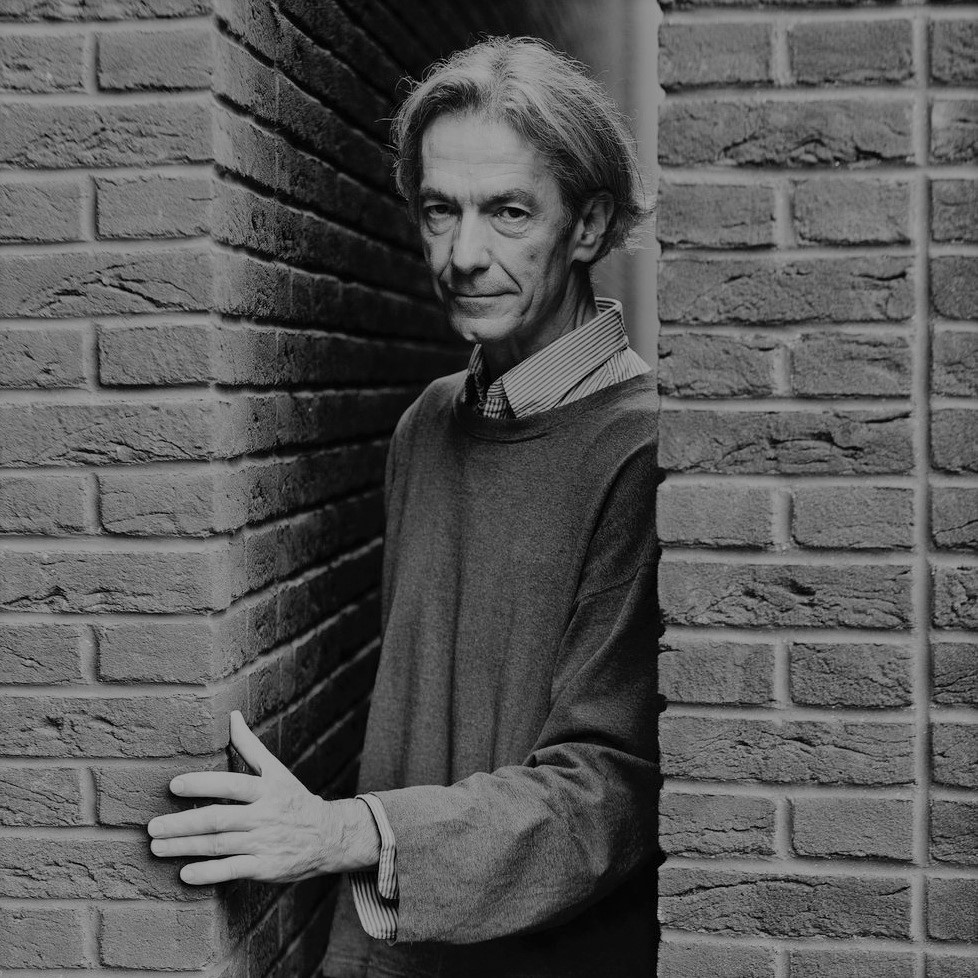 Born in Rovereto in 1951, he is Professor of Architecture and Urban Composition at IUAV University in Venice, where he graduated in 1977. He has collaborated for over a decade, between the ’80s and ’90s, with Peter Eisenman in New York. In 1984 he won the competition for the sports area Ghiaie in Trento, a work which was awarded the In/Arch national prize in 1992. The project for the Casa Museo Depero, realized in 2008, wins the Gold Medal for Italian Architecture at the Milan Triennale 2009. In 2014 he designed the Elizabethan Theatre in Gdansk, a work nominated for the Mies van der Rohe Award 2015 and awarded the Gold Medal of Italian Architecture the same year. Many of his works have been exhibited at the Architecture Biennale of Venice in 1984, 1985, 1996, 2002 and 2010. In 2019 he received the Prize of the President of the Italian Republic for Architecture, on the indication of the National Academy of San Luca. In addition to the activity of designer and teaching, he develops an intense research work and publishes several essays. For Renato Rizzi didactics, research and profession are closely integrated, his theoretical commitment is indeed aimed at reopening the technical-scientific knowledge to the ontological-metaphysical knowledge as an indispensable and unattainable horizon, for our contemporary, of Architecture.

It is not the case that we look at the world: it is rather that the world looks at us. And it does it so fearlessly. Because it offers itself as a gift for us to care for. Because it wants to be amazed when faced with our works. All this does not happen by chance, however, and not without consequences (this was already known about in mythology). It requires an upheaval in our mental faculties: in our seeing and our thinking, which are actually the same thing. We have to completely overturn our usual point of view, from the monocular, close view of technical-scientific knowledge, to the binocular, distanced view of aesthetic-philosophical knowledge. And there are at least three reasons for this: the chronological age of the universe is much greater than our biological age. On the other hand, the metaphysical ages, both ours and that of the universe, are absolute – equal for both. Finally, we are anyway right in the middle between chronological time and absolute time. If an eloquent, synthetic term exists for everything we have just said, there is no better one than the term architecture. The word has a strong binocular root: arché-téchne. If we put it under a magnifying glass, we can still see at work the invisible powers (archai) that shape the visible (technai). Unfortunately, we have for centuries ignored the sense, the tone and richness of that noun. In its epistemic structure, in fact, the a-chronological (arché) is bound up with the chronological (téchne), as is the untameable (arché) with the tameable (téchne). This is a different perspective which therefore requires an equally different transformation in the way we imagine our habitual mental processes. For example, with regard to the three great themes of the discipline: Ego, time and place. Ego. We are no longer nominative: I want, I decide, I do, but dative: those who receive, who absorb and who filter (like sea sponges). Our task is to be receptors, and our aim is the self-negation of the Ego, the opposite of contemporary self-referencing. Time. The temporality of the project does not depend exclusively on our chronology, but on the relationship with the horizon of all times. The center from which it radiates is not therefore inside us, but rather we are inside its wide circumference. Our task is to make space. Place. The surface of our globe cannot be expanded or exported. But the semantic difference between place and space is enormous. Space: an abstract, infinite and homogeneous concept. Place: concrete, finite and irregular reality. Space inhabits the norm, the undifferentiated: it de-territorializes the world. Place dwells in the aesthetic, in the differentiated: it re-territorializes the world. To sum up: self-negation, a unitive horizon of times, and re-territorialization are the three players, the three archai of the project. However, the first point of contact of the spiritual, ideal and functional needs with the tangible material is precisely the place. This is where the work on the project starts off from. From its geological and morphological density impregnated with the cyclic nature of the times and imprinted with the developments of history. Like a sealed, holy book the mystery of the place needs first of all a rite for it to be approached. Like a prayer, it must be recited from memory; the representation of the place must be repeated many times, like a chant, to exorcise its enigma without breaking its rules. So as not to lose the character of its soul, of its Daimon. So as not to violate it or to restore its perception. This is a work of extreme care and attention, especially because repetition here does not act as a refrain, but rather it moves forward like rhymes in poetry. It follows a dual law: permanence and exception, or rather, norm and verisimilitude. This is what requires the much-criticized aesthetic constraint. The numeric norm works on the horizontal plane, while aesthetic verisimilitude works on the vertical plane. The former applies a mathematical principle, while the latter derives from individual theoretic-spiritual experience. Its role is to modify for each case the mathematical norm on the level of heights. The representation is therefore always in the balance. It oscillates between success and failure, without protections and without safety devices (sine cura), and so constantly in danger. This is its difficulty, since the untameable is always at work, ceaselessly. Until now we have never come across the word singularity, which gives its title to this special edition of the magazine and also to its editorial, since the word permeates every line of the text. Its absence, however, has a particular task: to capture the sense of the project and lift it into inverted commas. Fifteen “projects” have in fact been published. From Venice to Lampedusa they cross three continents: Europe, Africa, Americas. Singularity implies making space so that the singularity of each, of the places and times, emerge in the most authentic way, at the same time restoring the Ego to its role as mediator. Of these projects we see the first phase: the places, precisely in order to celebrate their supporting aesthetic-epic value and the root of the project. This is something based on a long history of work and difficulties, in which more than one thousand five hundred people have taken part, in less than two decades, including collaborators in the studio and university students. This is what has given rise to the need to find a different term to combine singularity and project, and the word is liturgy – a very old term that still has a modern meaning for us. To restore to the world that initial amazement which we have removed from it. 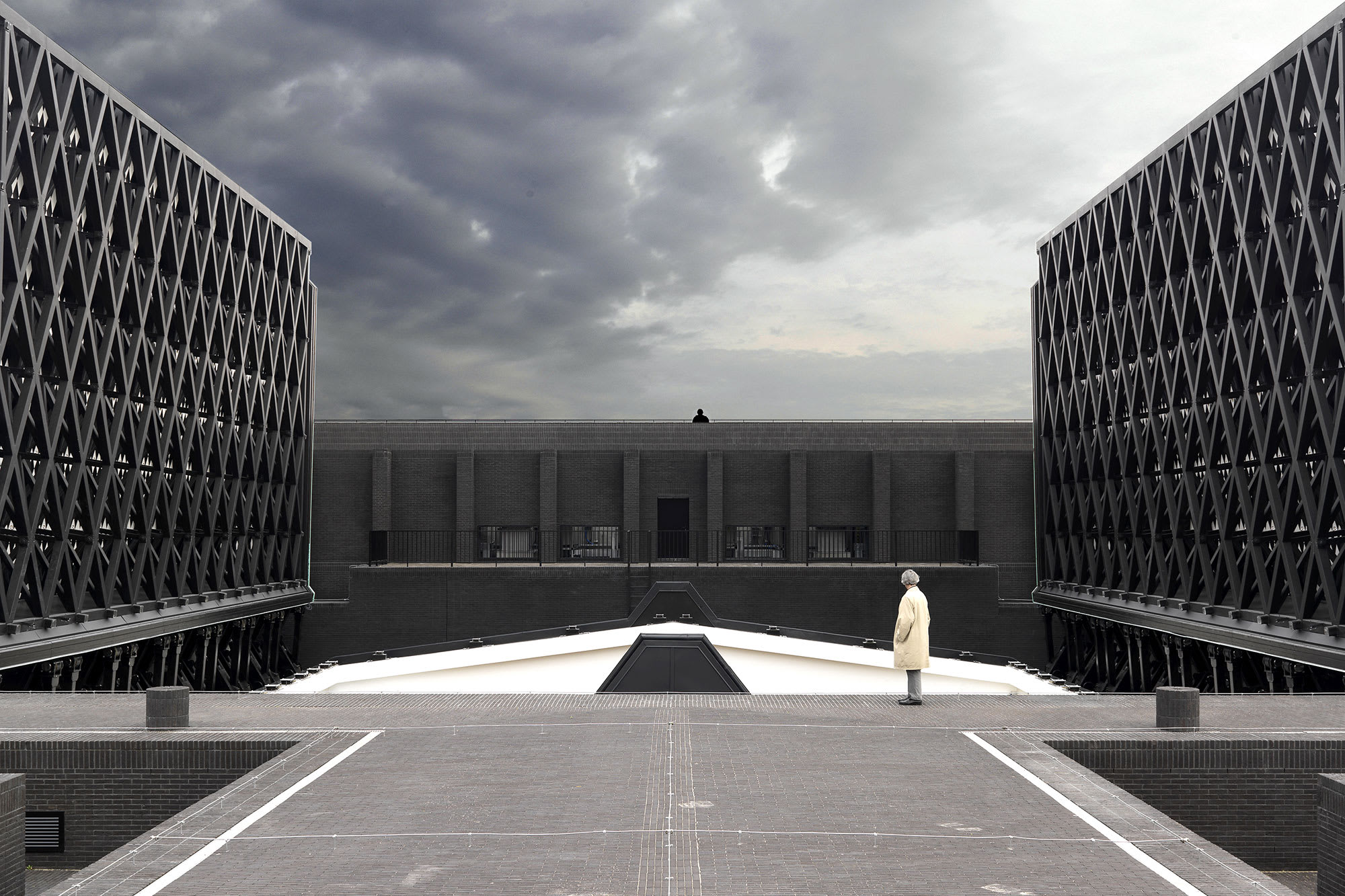 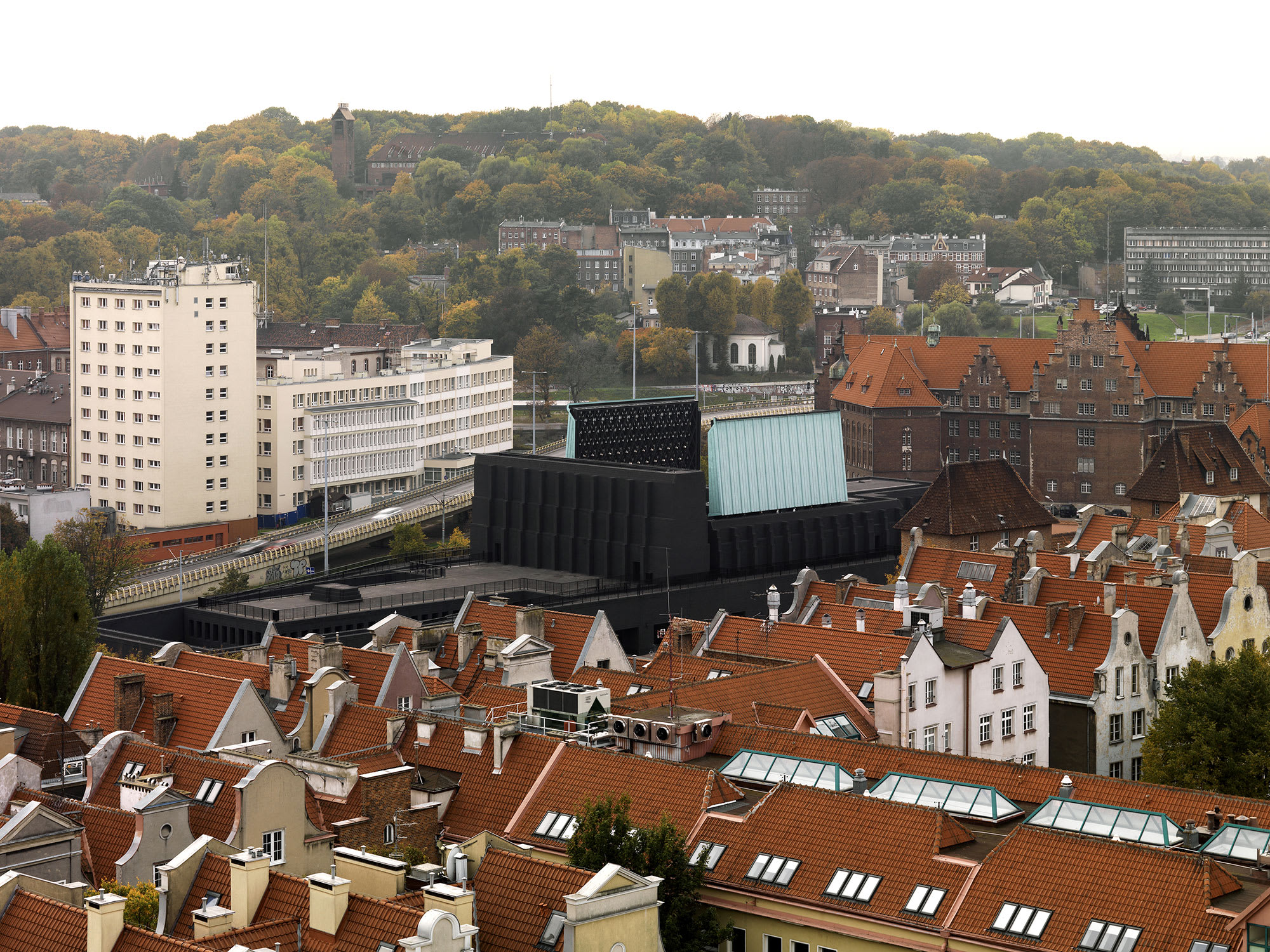 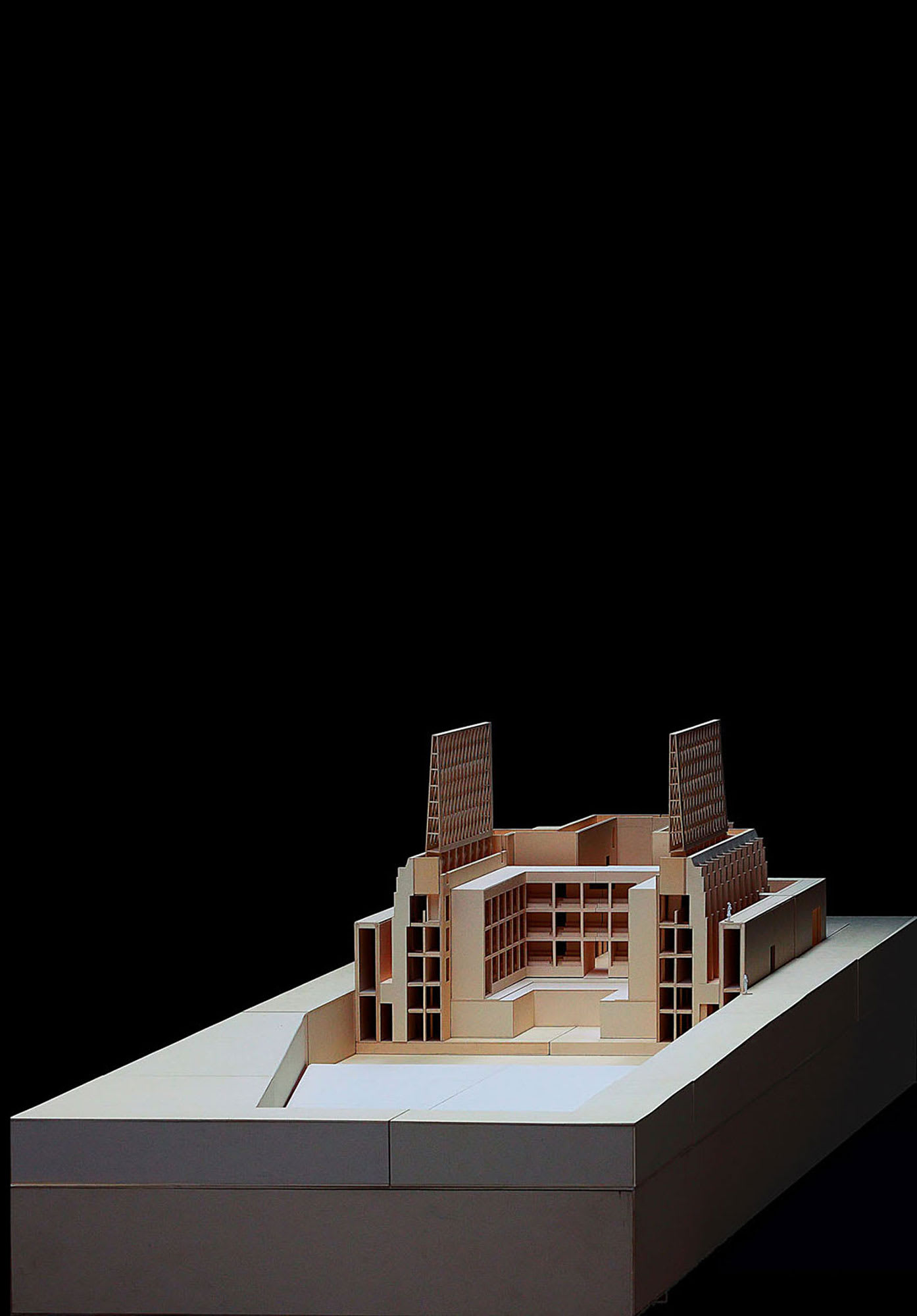 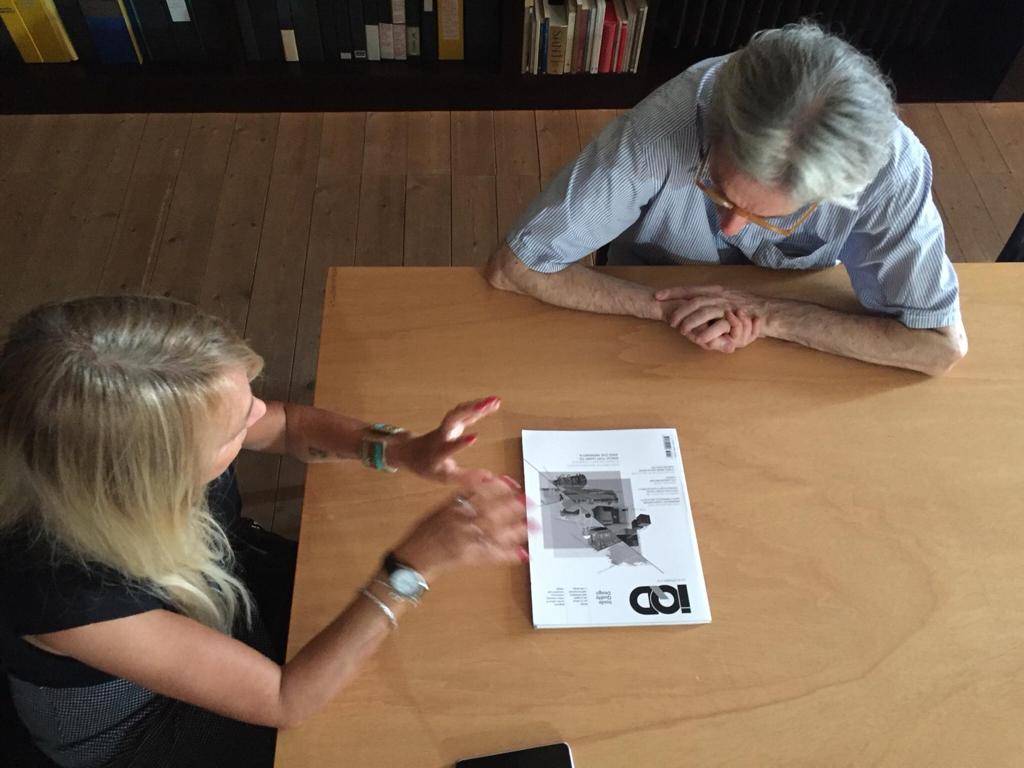 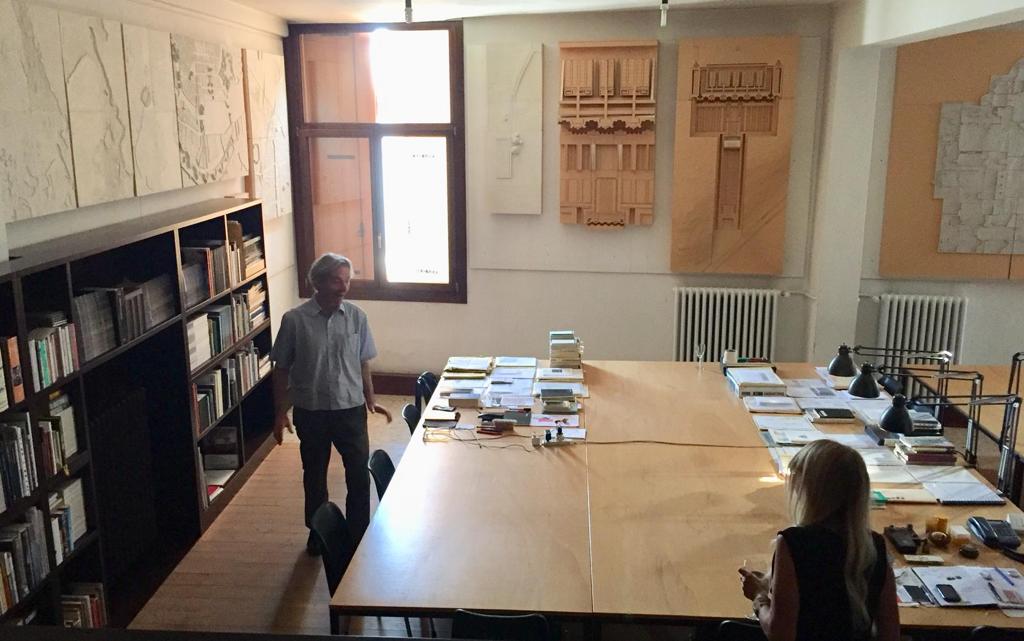 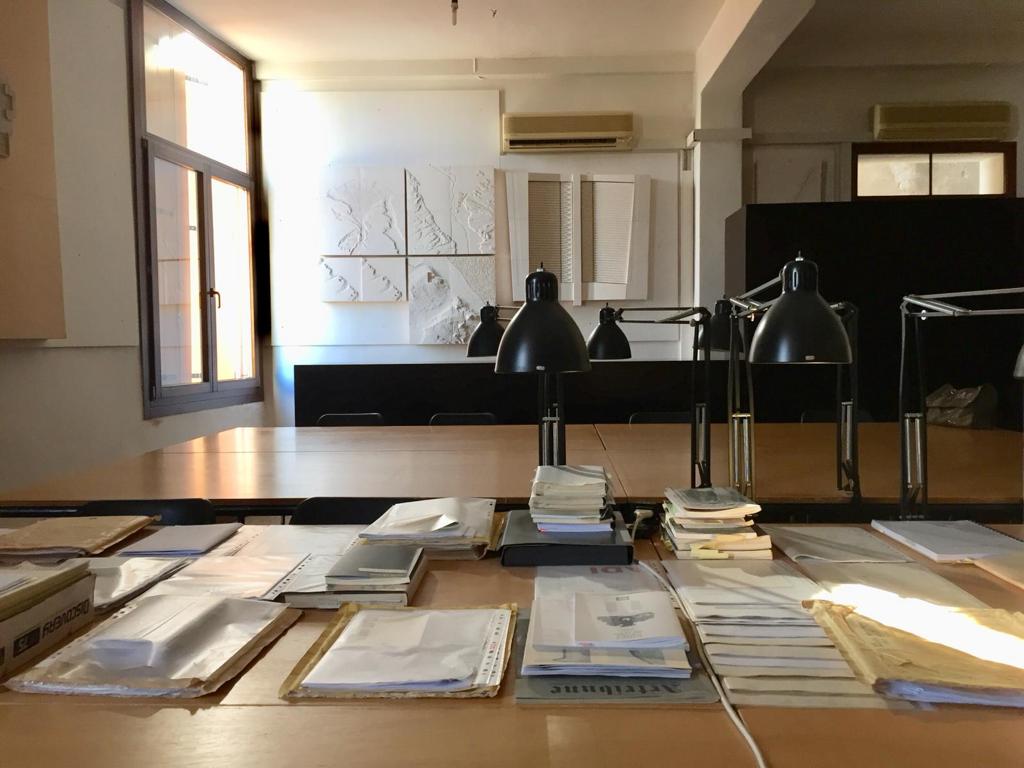 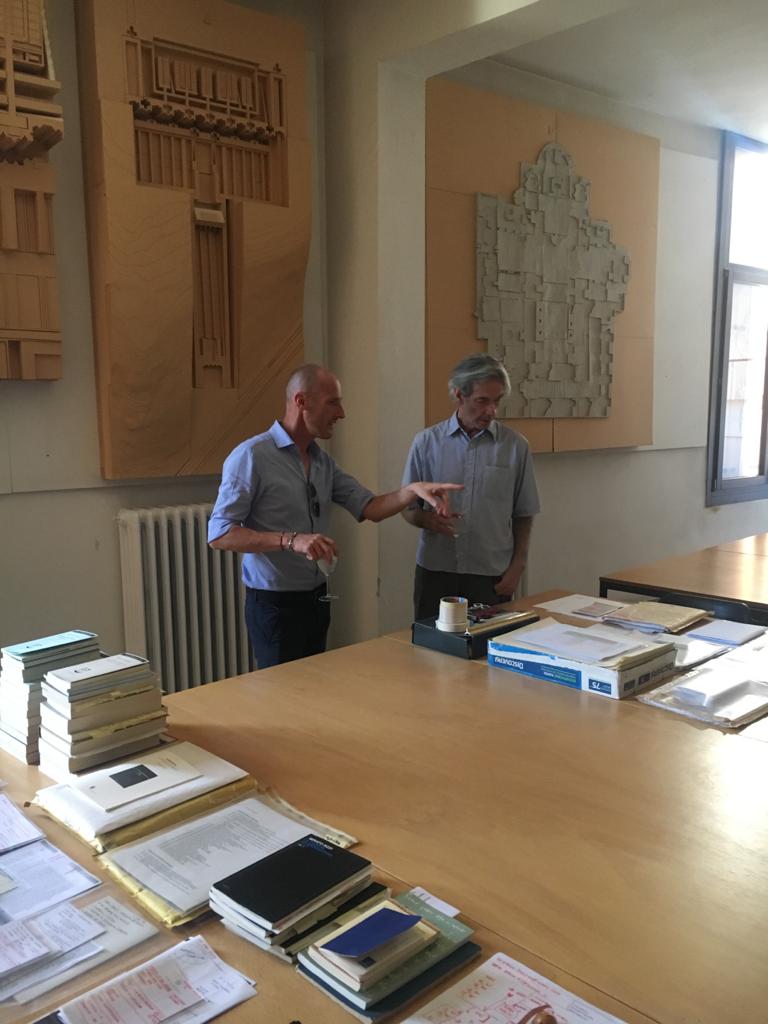 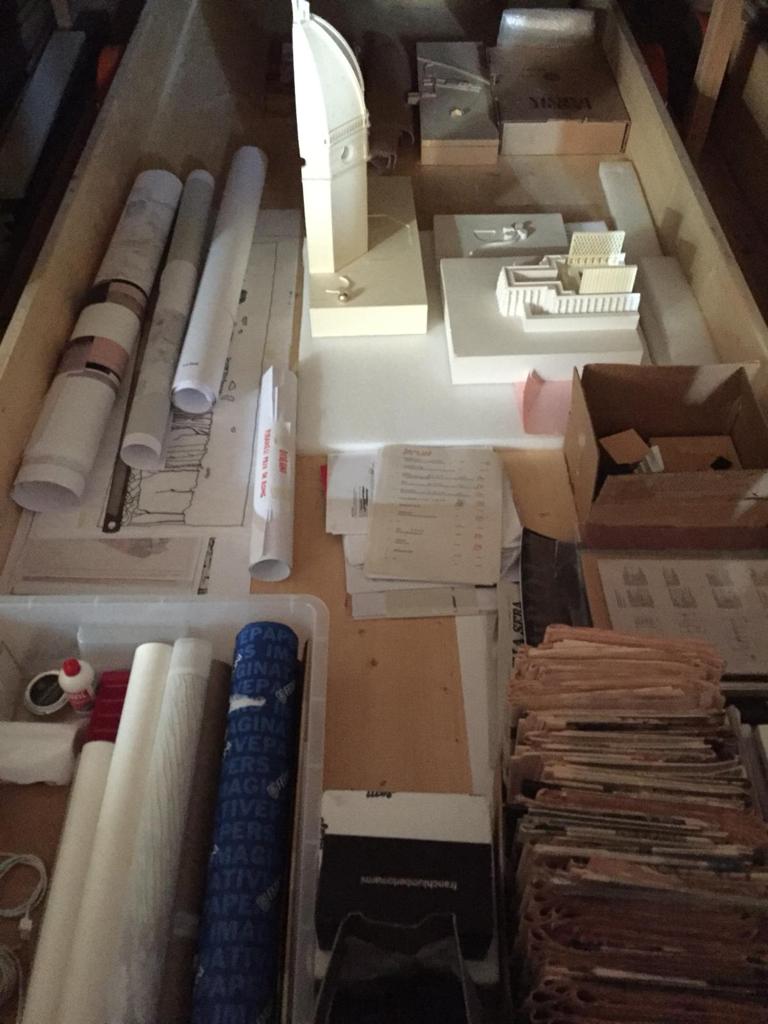 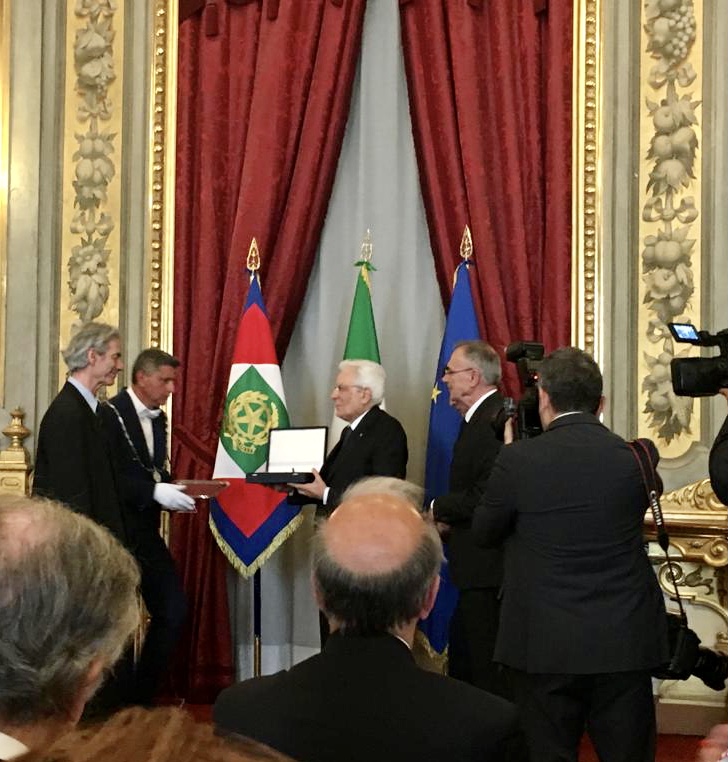 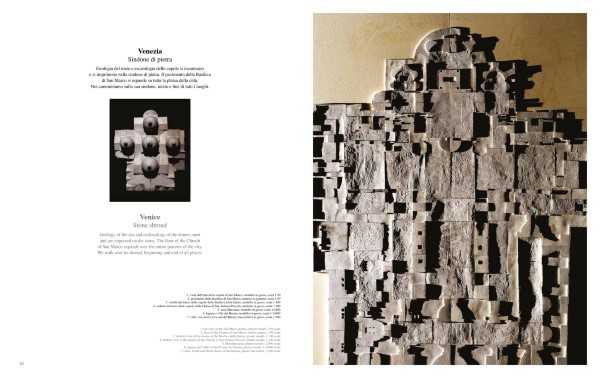 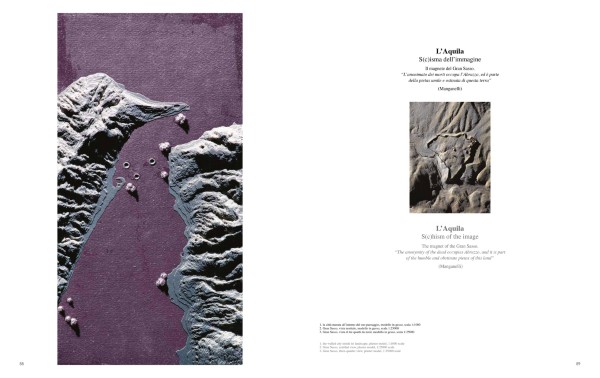 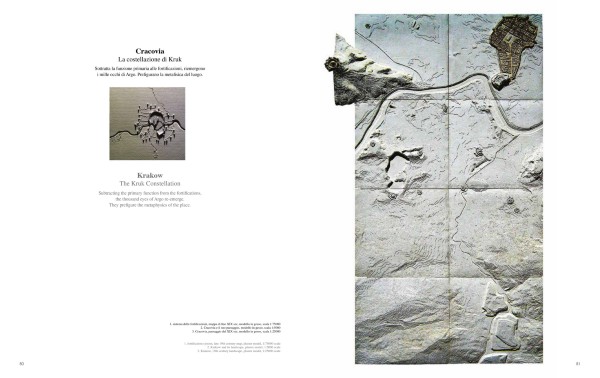