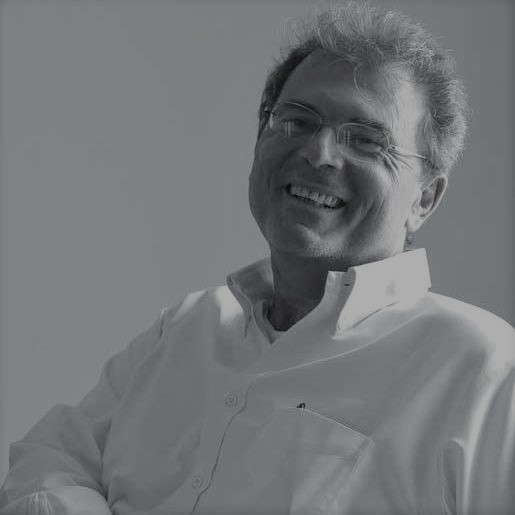 He was born in Catania in 1956, he graduated in architecture in Rome in 1979 and obtained a specialized master in Urban Design in 1980. He is one of the most active architecture critic in Italy. In 2002 he created two online magazines: presS/Tletter, sent free of charge to about 15,000 subscribers, which freely deals, through articles, reviews and interviews, with topics ranging from aesthetics to architecture politics, and presS/Tmagazine, a magazine in the form of a newsletter published until 2013. He has written texts for the most important architecture magazines and for RAI (Italy’s public national broadcaster) and RAI International, carried out research for the CNR and curated exhibitions and events, including Contemporary Ecologies organized by Darc and the Ministry of Foreign Affairs on the occasion of the Brasilia Biennale of 2006. He was the promoter, together with the “Renzo Piano Foundation” and the “Italian Association of Architecture and Critics”, of the “Renzo Piano Foundation Award”, conceived to be given to the best contemporary architecture projects of talents under 40. He wrote many books and essays, such as Hyperarchitecture (Text & Image, 1998), This is tomorrow, avant-gardes and contemporary architecture (Text & Image, 1999), Introduction to architecture (Maltemi, 2004), New Directions in Contemporary Architecture (Wiley, 2008 ) The history of architecture 1905-2018 (Luca Sossella Editore, 2019). He was Professor of History of Contemporary Architecture at the Sapienza University of Rome.

The architecture projects we have decided to publish in this section are all known, very well-known: superb works that have destabilized us and precisely for this reason they are considered as exceptions, borderline cases. But we make a difference by publishing them together. Many exceptions make a rule. Maybe the rule with which we will have to deal in the near future: the constant questioning of the method. Because when we believe we have the recipes, architecture regresses, rather than progressing. How can we show known and already published projects in a magazine? We can do it together with a debate on architecture. A nonmethodical debate carried on in Facebook. We can’t any longer stick a critique made by concerned professionals, passed off as scientific while full of misunderstandings and conflicts of interest, by architects-critics whose only aim is to promote their own production or by guardians of borders which you can cross only by paying duty. We better go back to the origins of critique, when people used to debate walking under a stoa: an electronic one in our case. In Facebook we have asked friends to participate and, as it always happens when there are many discordant opinions, unexpected and illuminating points of view, along with more obvious and banal ones, have come up. 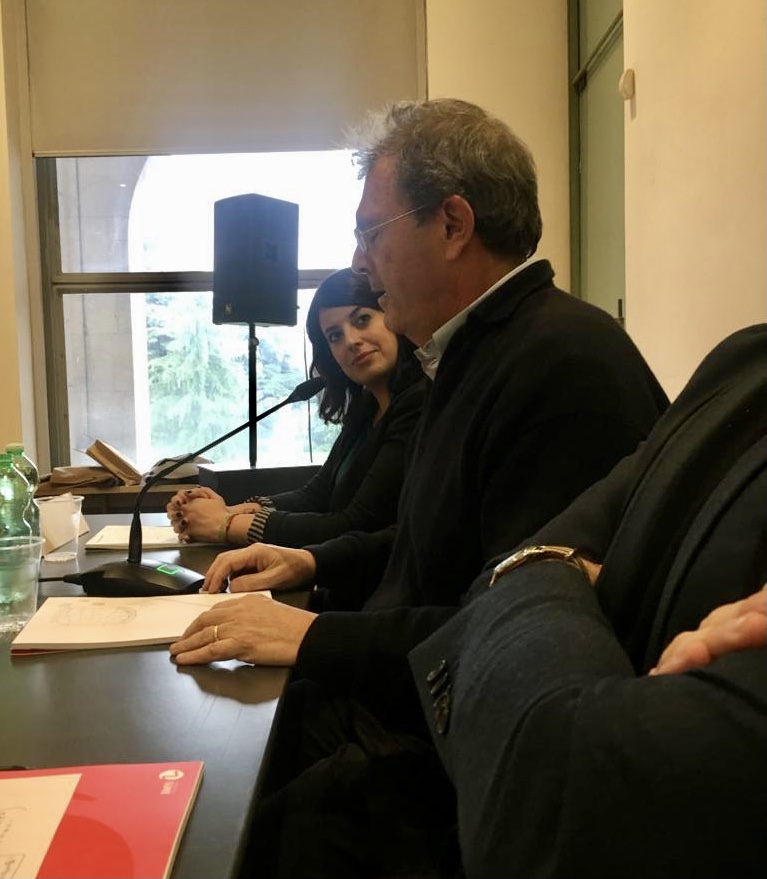 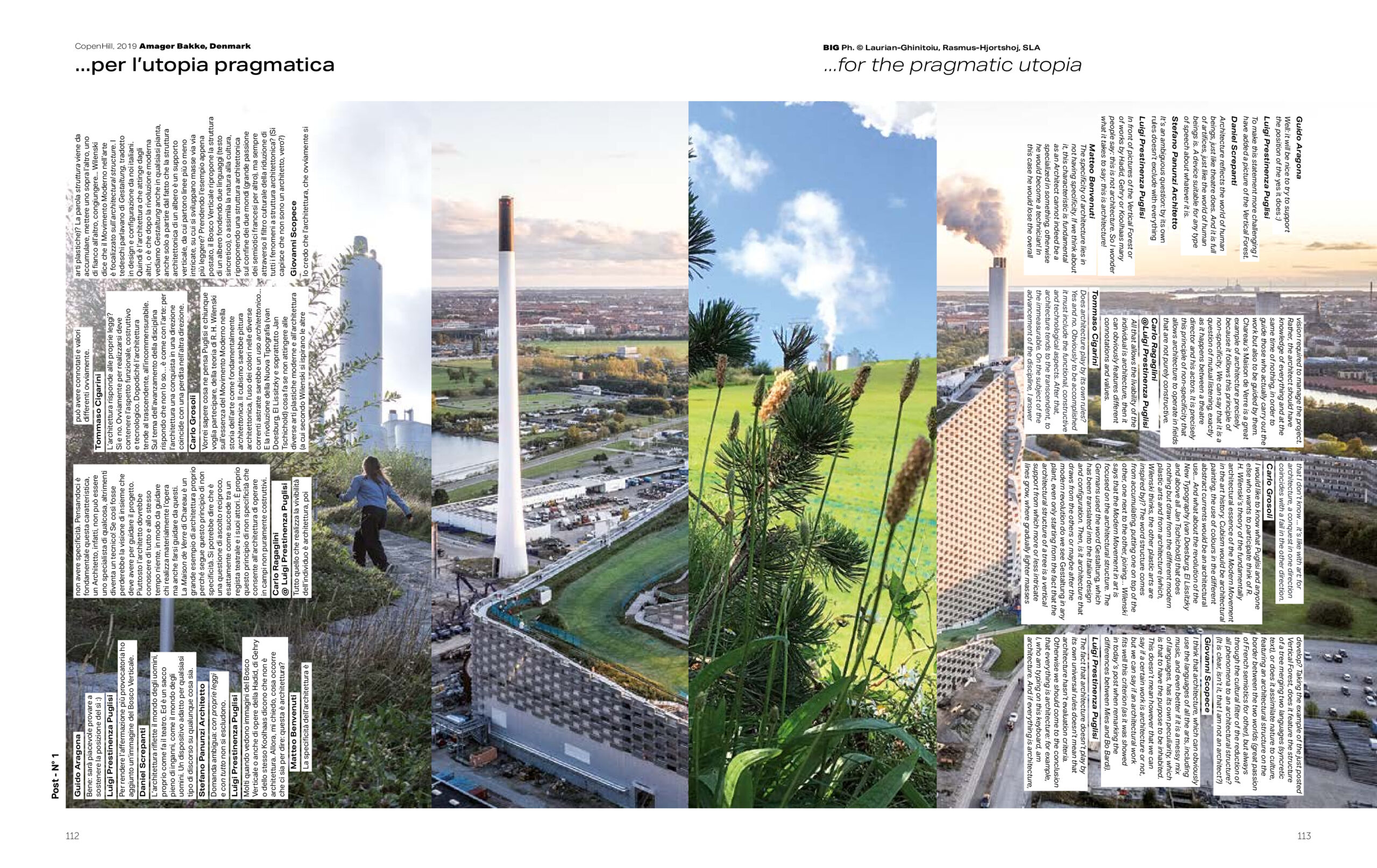 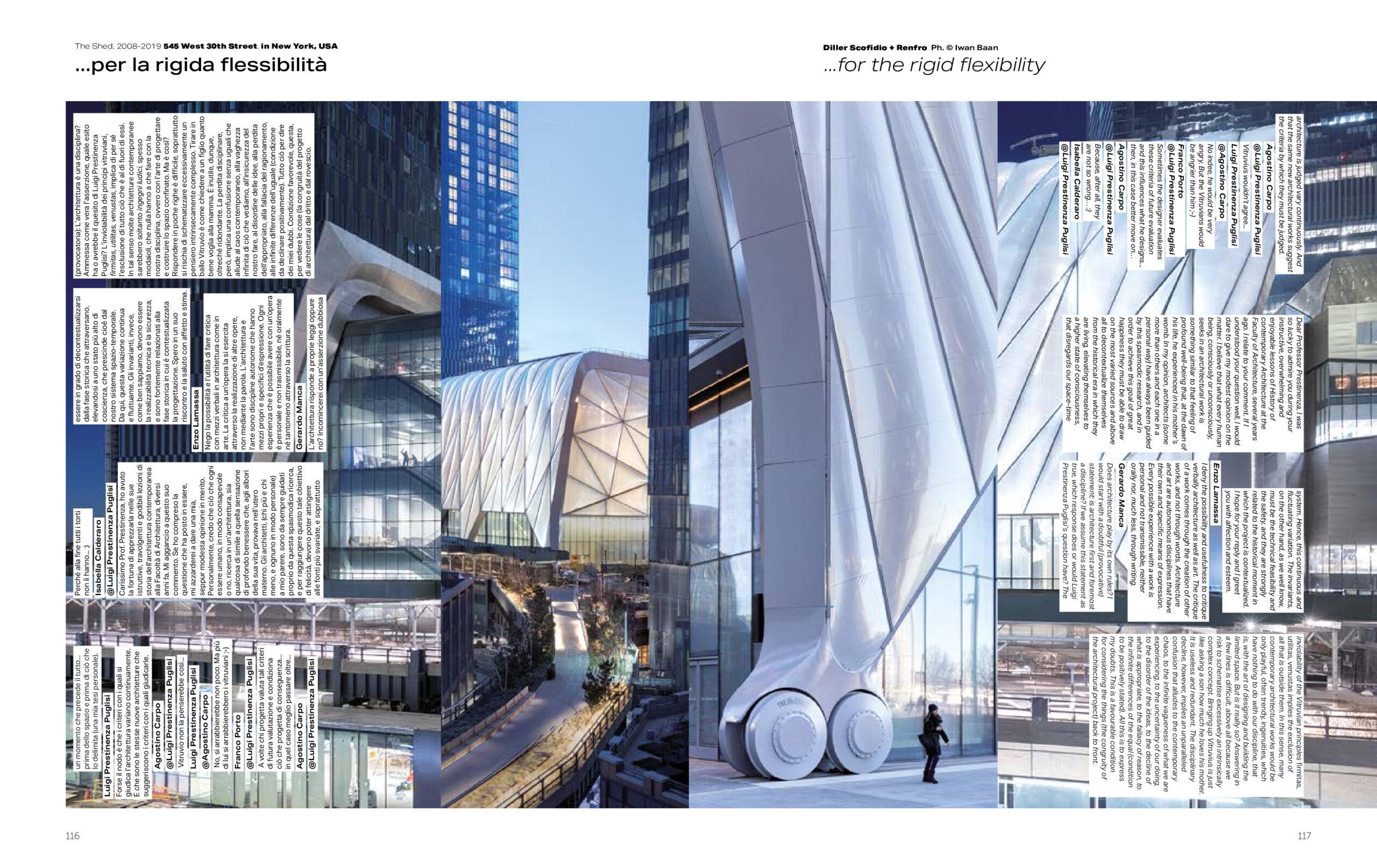 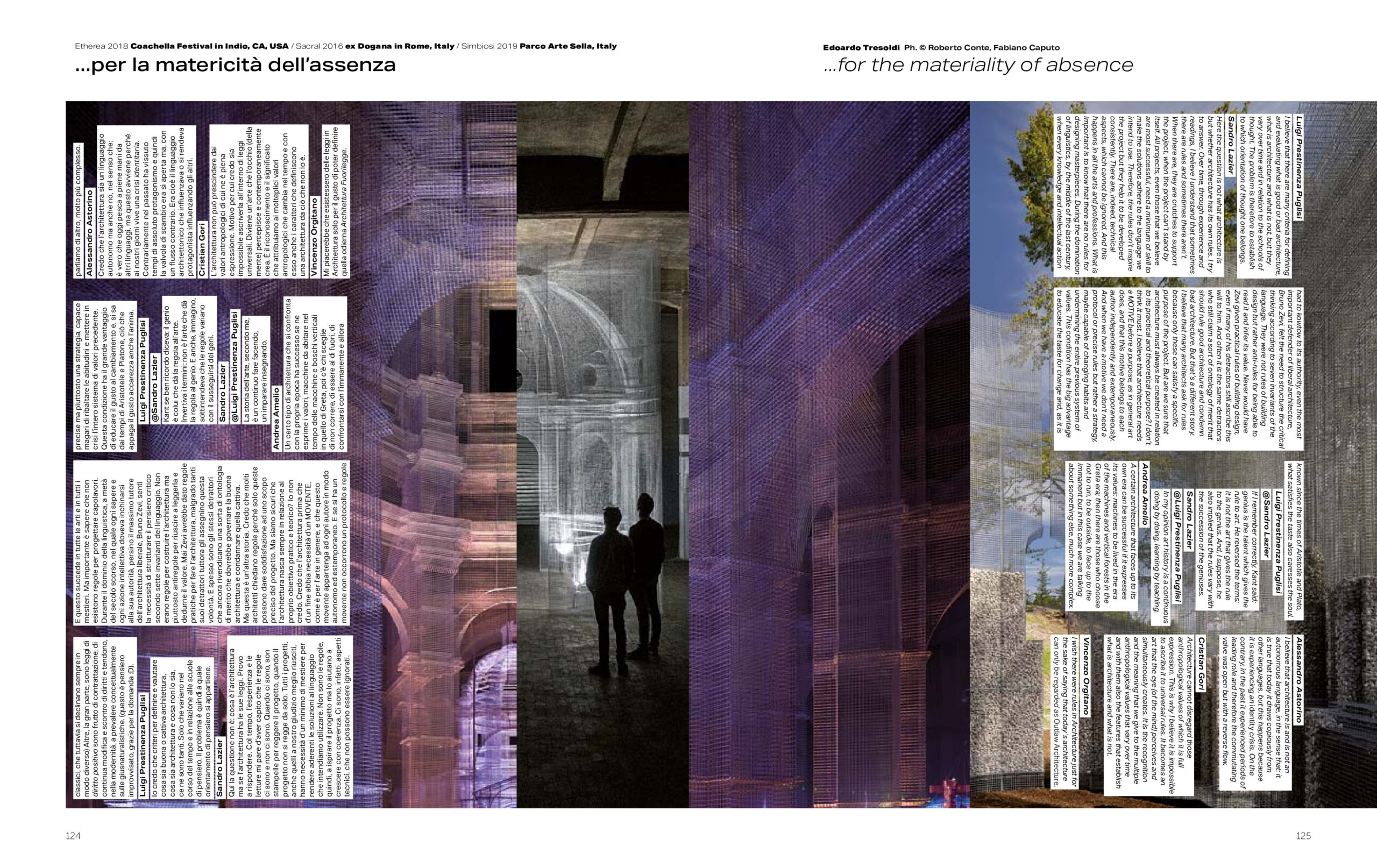 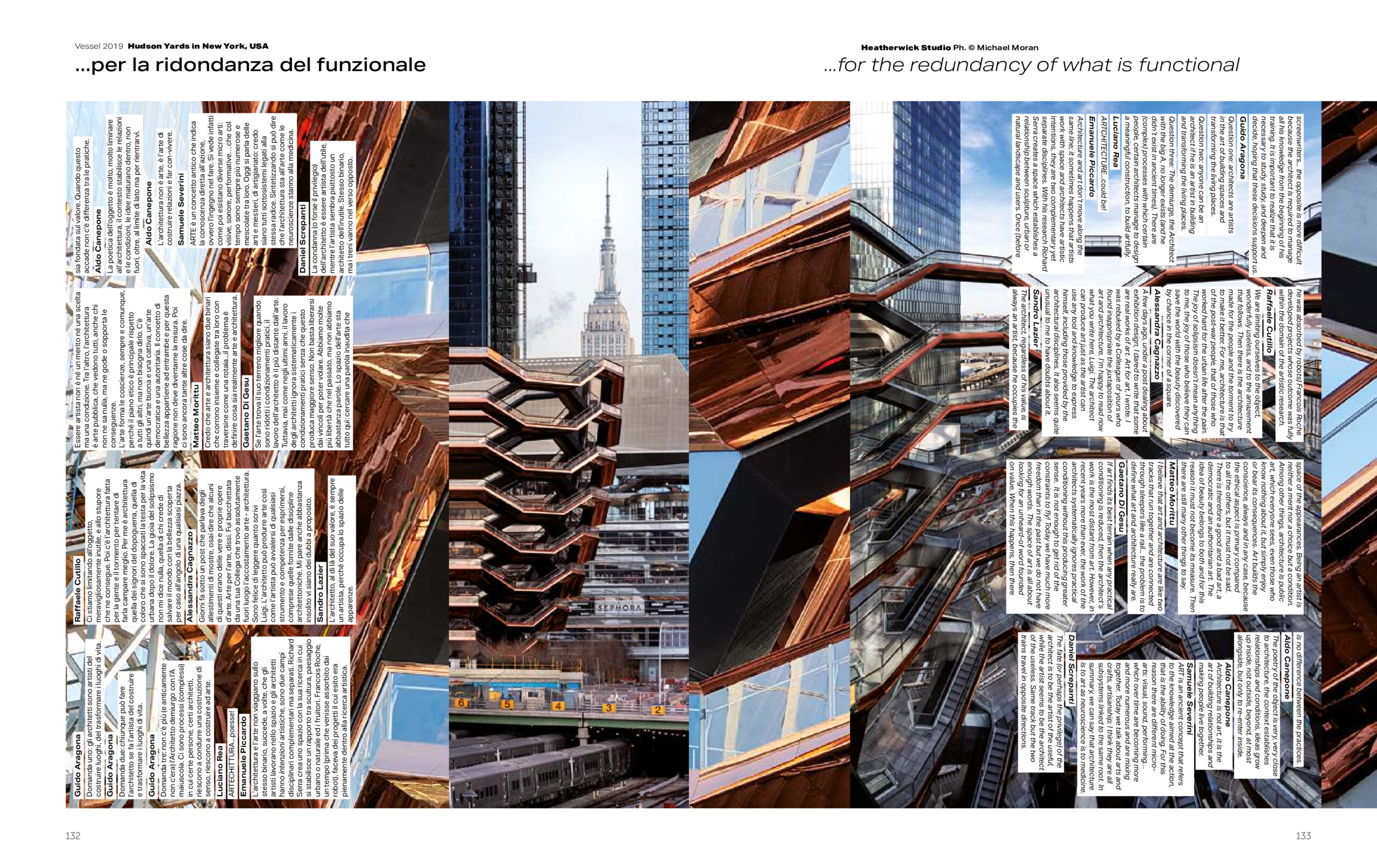