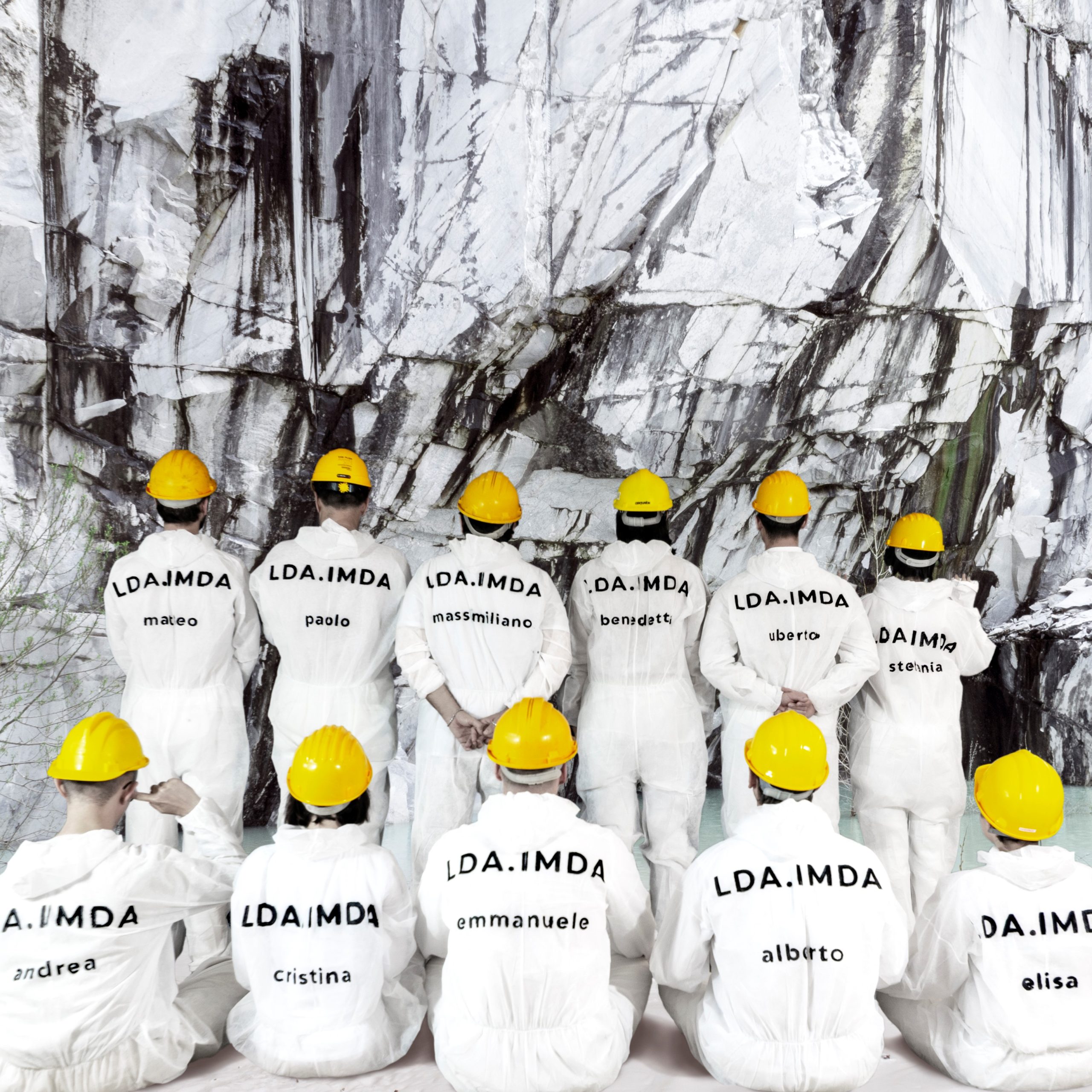 LDA.iMdA founded in 2003, wins competitions, such as the contest scuoleinnovative Aviano area, Project for a school in Rosignano Marittimo, Project for five suburban areas in Prato, Project for a bathing lake in Sasso Pisano, Project for a bridge over the Arno river, Project for a polo-school in Caraglio. LDA.iMdA gets two mention at Premio Architettura Toscana 2017 and the Design for All prize at Dedalo Minosse 2017, Big See Interior Design Award 2018 and Big See Architecture Award 2019. In the Design field it wins awards such as the Red Dot Award with the Aria Tap Webert. LDA.iMdA has been invited to exhibit their works in various universities and to publish in magazines/books. The Casa Verde project is on display at the 2021 Venice Architecture Biennale in the Best Practices section of the Italian Pavilion curated by Alessandro Melis. Paolo Posarelli, CEO of LDA.iMdA, will be part of the scientific committee of Toscana 2050.

Born in San Miniato in 1969, he received a degree in Architecture with honors from the University of Florence and later an advanced degree in Bio-Architecture from the Faculty of Environmental Sciences in Urbino. After several years of research at the chair of urban design at the Faculty of Architecture in Florence, in 1999, with Gianni Bellucci, he founded the firm LDA.iMdA architetti associati and dedicated himself to professional practice. He is a member of the scientific committee “Toscana 2050, the CISDU International Center for Urban Design Studies, AIAC Rome, Italian Association of Architecture and Criticism, and ALA assoarchitetti Vicenza. Paolo Posarelli has been invited to Lectures in national and international universities.

Main themes for the contemporary debate on housing are the transformations of the European city, historically capable
of integrating differences and seeking a balance between transformative market forces and administrative policies. There is a telos that unites neoliberal policies, climate change, migratory flows and new technological systems. It is evident that everything is closely connected in determining the shape and the social characterization of the cities, which has always been the urban materialization of the socio-economic relationships. On this front the effort of the urban government aims to guide the changes, creating shared and non-segregated urban spaces, smart cities at the service of citizens, efficient and sustainable transport and systemic visions attentive to the landscape as the first element of true settlement balance. This is the theoretical agenda of many European cities. There are however different ways of implementing them in different countries, testifying to the power of policies to really guide the changes. The reflection proposed in this section Re:making City is divided into two parts: the first consists of the contribution of specialists who elaborate and develop a specific theme with a mainly theoretical slant and the second features analyzes and considerations on specific urban realities, trying to identify projects and researches that are then compared and cross-checked with the assertions of the first part. The emerging trends show a European population increasingly determined to live in cities and the target to decongest the city by limiting private vehicle traffic, with the consequent need/opportunity to increase the urban quality throughout the city thanks to polycentric systems. The housing policy also assumes central importance, aiming at overcoming the logic of land value by creating the possibility of coexistence for different social strata. The most relevant issue however remains that of climate change, whose actions to combat it cannot start from cities alone. We need a new global strategy but only a few people seem to be interested in Environmental and social factors, such as the increase in population and communications, are at the origin of this structural change.