Drawing and Nothing Else IQD 61 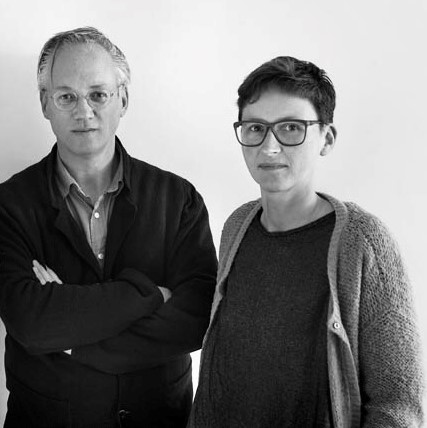 Born in 1968 in Belgium, Jan de Vylder graduated in Architecture from Sint-Lucas University in Ghent. He has been working independently since 2000, first sharing the studio with Trice Hofkens, then with Inge Vinck and Jo Taillieu, with whom in 2010 he founded the studio “Architecten de vylder vinck taillieu” operating until 2019. In the same year he founded, together with Inge Vink, the studio “Architecten jan de vylder inge vink”. He was professor at the “Sint-Lucas School for Architecture” in Brussels, at the “TU” in Delft, at the “EPFL” in Lausanne and at the Mendrisio Academy of Architecture; since 2017 he is professor at ETH in Zurich. Architect Inge Vink, born in 1973 in Belgium, has been teaching at the “Ecole Nationale Supérieure d’Architecture et de Paysage” in Lille and at the “TU” institute in Delft since 2011. Studio “Architectende vylder vinck taillieu” has been featured with its projects in many national and international books and magazines and it has been invited to important international events such as various editions of the Venice Biennale, Chicago, Lisbon and São Paulo and their work has been exhibited in numerous galleries including “Maniera” in Belgium, “Friedman Benda” USA and “Toto Ma” in Japan. They have received several awards including “La Biennale di Venezia Silver Lion” (2018), “Henry Van De Velde” Award (2018), shortlisted at the “Mies Van Der Rohe Award” (2016) and “Schelling Architekturpreis Award” (2016).

Drawing and Nothing Else

Friends, As we are invited by the Italian architecture magazine IQD to curate the centerfold pages of their magazine for December of this year we are happy to reach out to you to invite also you into our curatorial project. . When the invitation of IQD came to us – thanks to Eva’s and Ricardo’s introduction – we were immediately enthusiastic. And now it is so far. We start up. And that’s why we are here with you. Today we launched the idea – and by that we invited Eva and Ricardo as first – to invite many friends – or hopefully new friends – to contribute to our curatorial project titled DRAWING AND NOTHING ELSE. The idea is to collect drawings by architects but this time possibly non-architectural drawings that eventually might say more about architecture than any other architecture drawing. Or maybe – or even likely – doesn’t say anything at all about architecture. We do avoid today any drawing which is or a presentation of a project or drawings regarding one or other moment in the process of a project. Not that we do not appreciate your capacity into that – we do, be sure. But it is for this time not the scoop at all. Contrary. It could be everything. Your undone kitchen cleaning. Your child. Something totally abstract. Something you are shy with. Or a drawing out of misleading proportions or scales. Impossible colors. Maybe a painting. Or a way how one folds a piece of paper. A drawing from when you were a child. Or one of those you made recently whilst confinement. Or your private drawing ever. Anwyay. Whatever. Pencil, tape, paint or pen. All is possible. 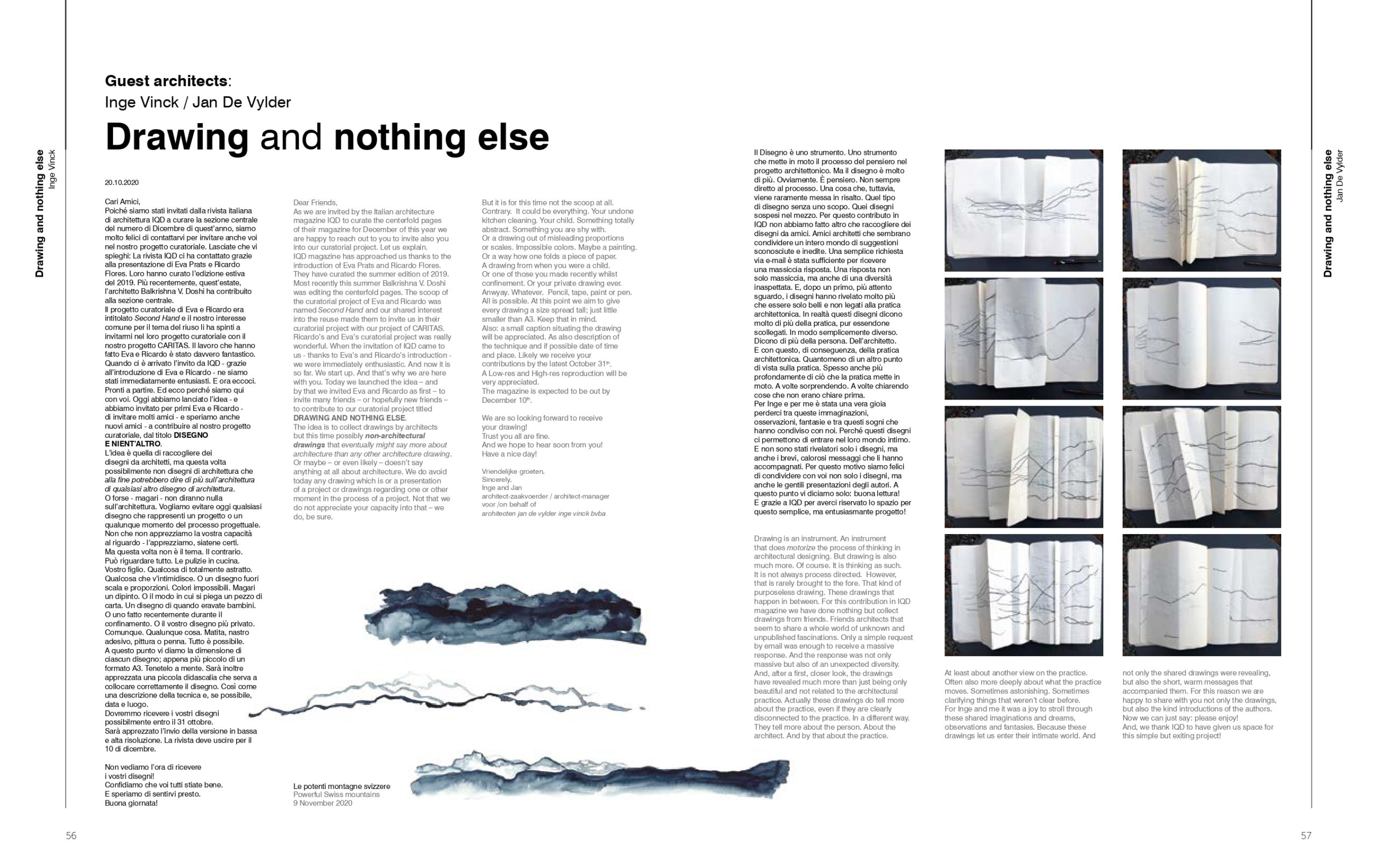 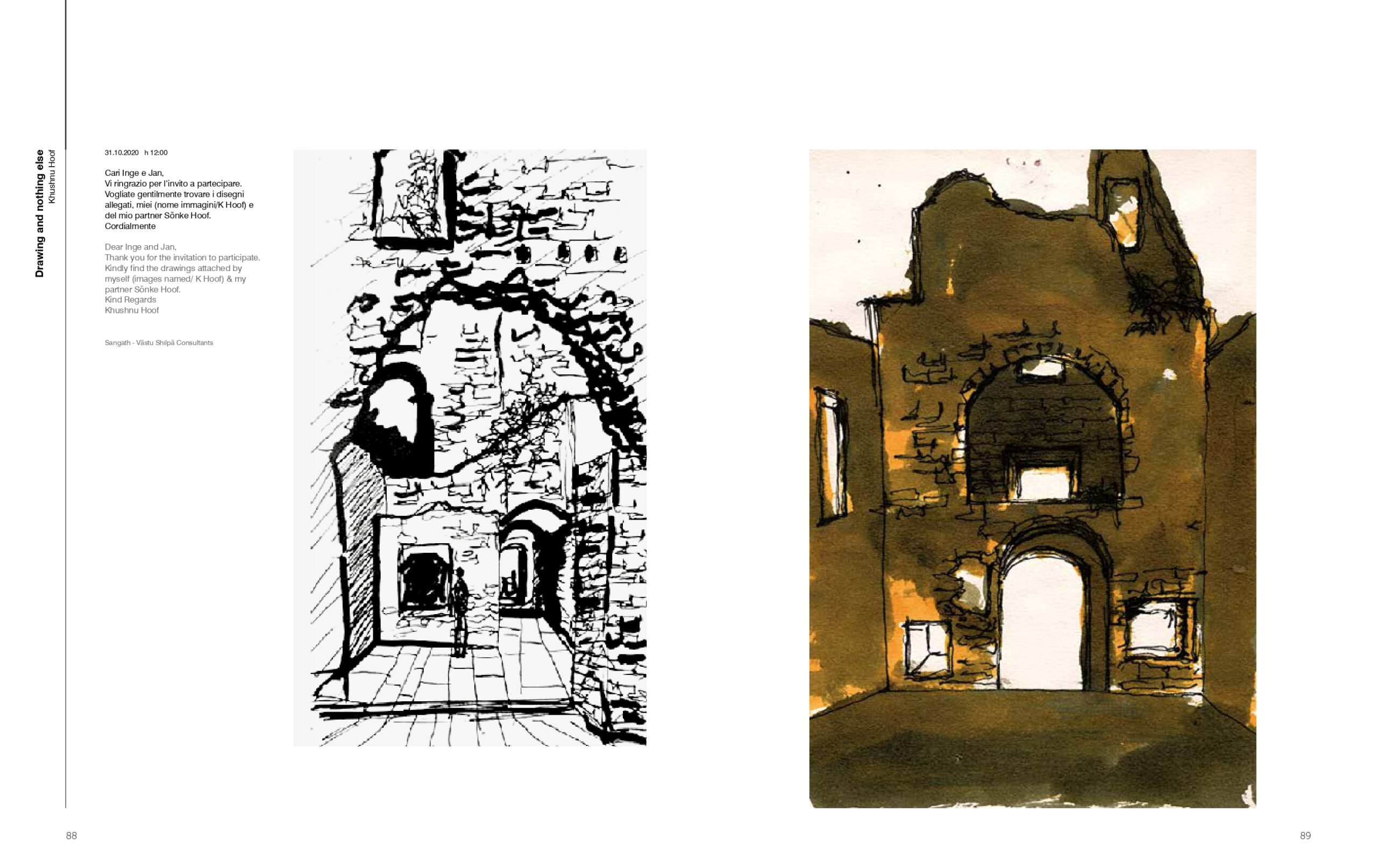 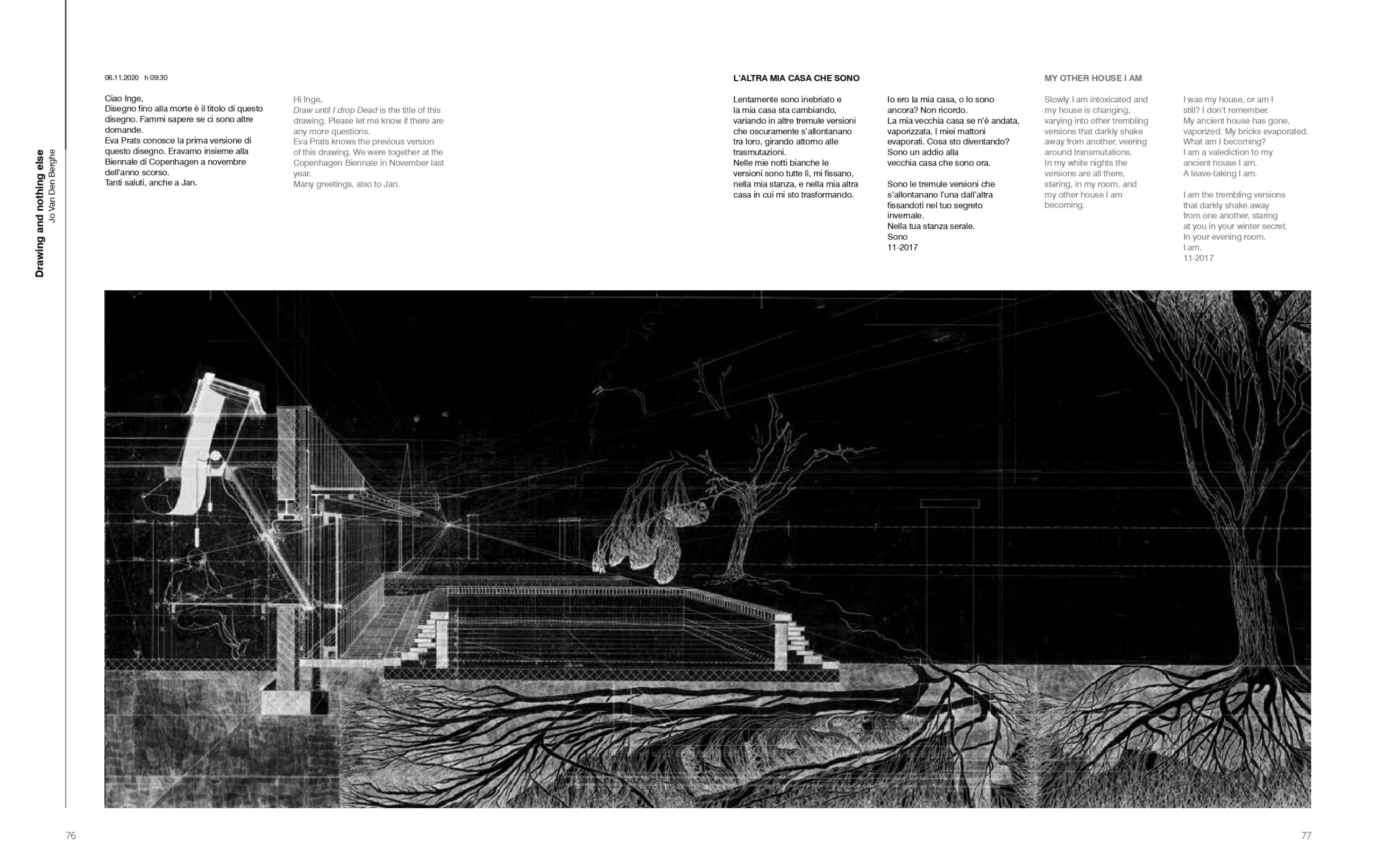 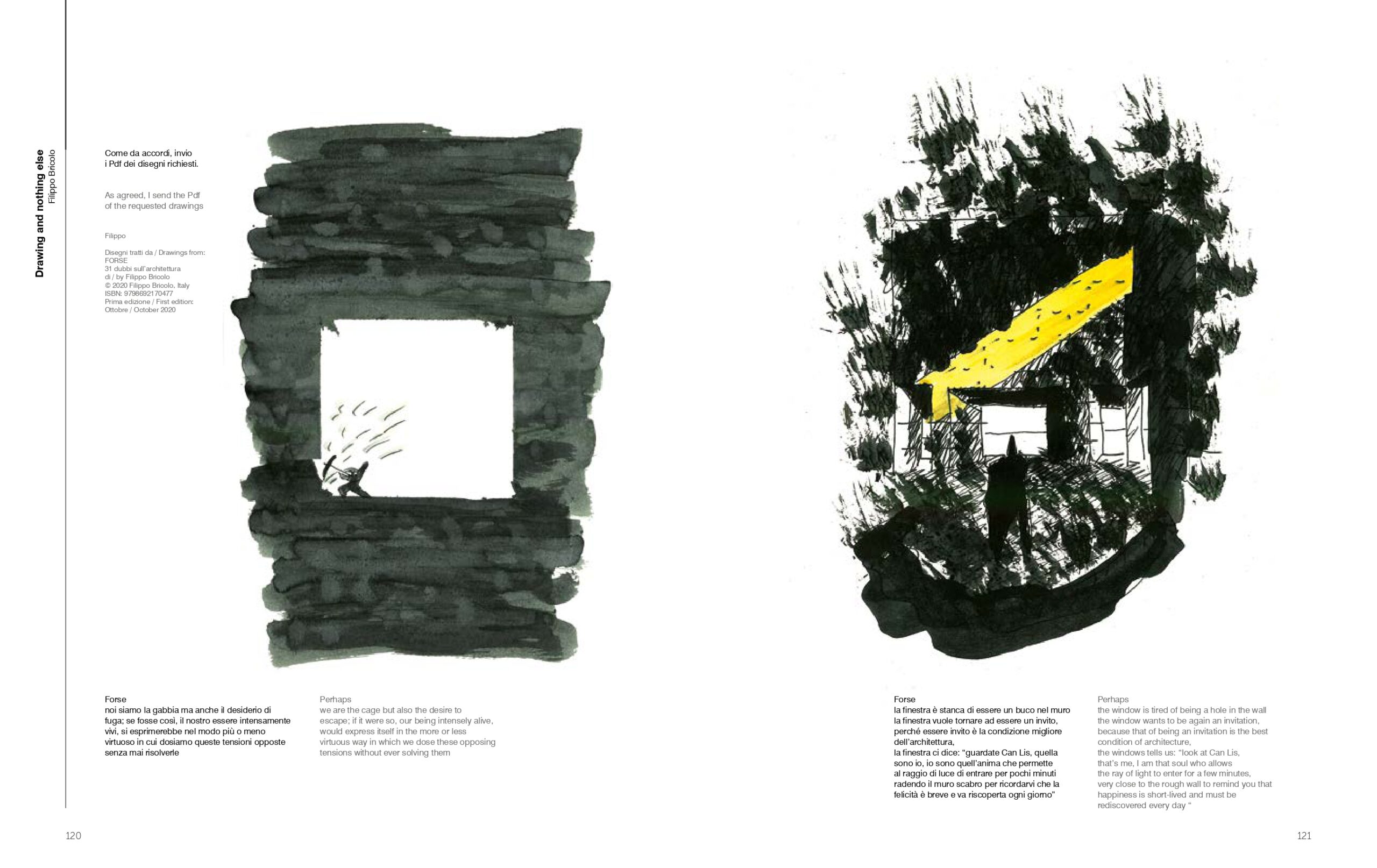