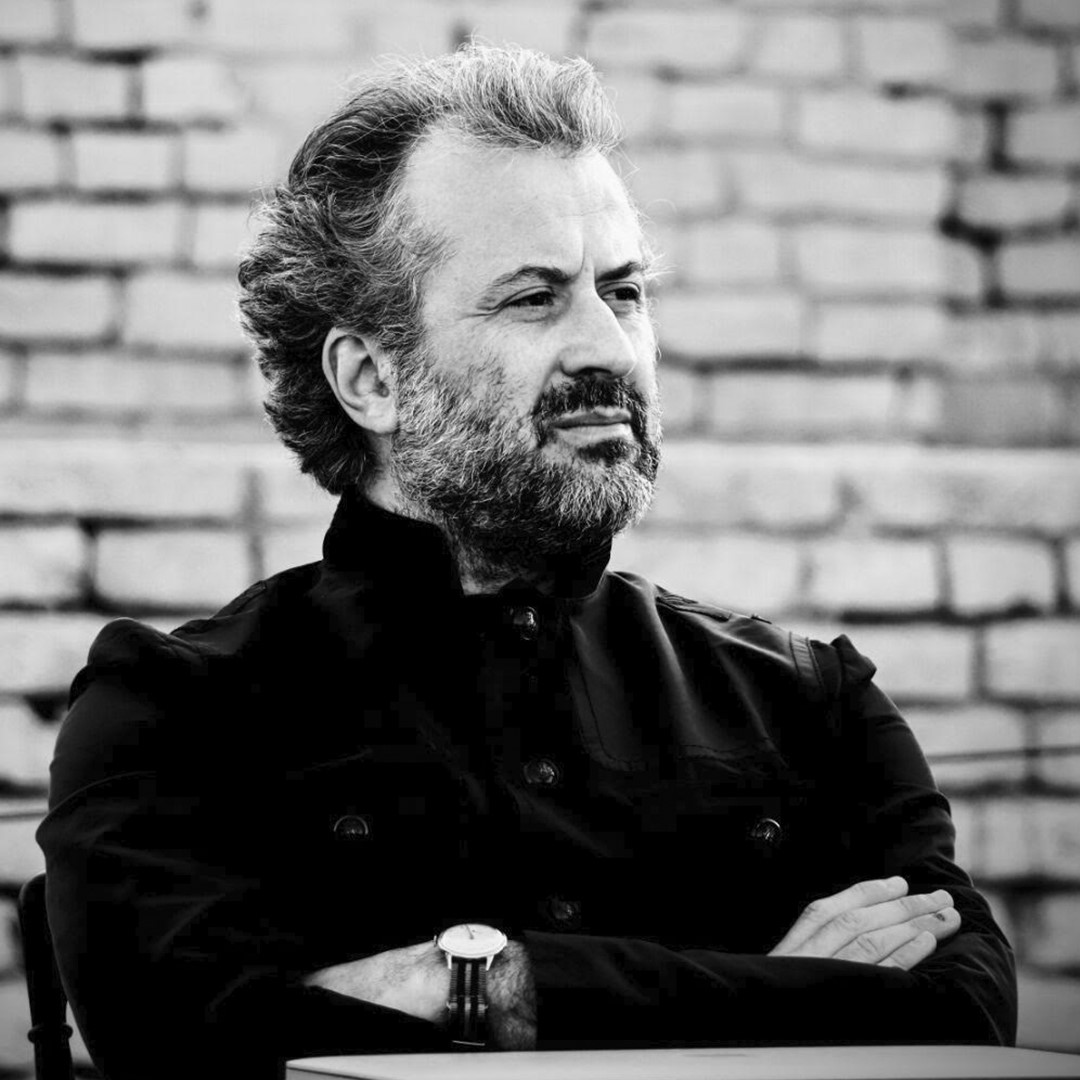 Born in Savona, has been founder and partner of 5+1AA architectural practice (1995/2017) In these years he made numerous and important projects in Italy. In 2005 won, along with Rudi Ricciotti the competition for the ‘Nuovo Palazzo del Cinema‘ in Venice. He developed the Master Plan whose basis would then be used to prepare the Expo in Milan in 2015. In 2008, he won the contract for the new Fiera Milano Business headquarters, built in 2010. In 2010, he built the ‘Toy Museum in Cormano’, the ‘Torre Orizzontale’ in Milan and new residences in San Giuliano di Puglia (Molise) after the 2002 earthquake. In 2011, he won the Philippe Rotthier European Prize for Architecture. In the same year, they won the International Chicago Athenaeum Prize for the best global project of 2011 for the ‘Torre Orizzontale’: a new headquarters of the Fiera in Milan. In 2012, he completed the New Italian Space Agency building in Rome, the redevelopment of the former Metalmetron industrial site ‘Ex Officine‘ in Savona and the new integrated project of social housing in Brescia. He won the Award ‘Architetture Rivelate‘ with the OGR in Turin and the ‘Trimo Architectural Award‘ with the project of the Ex Metalmetron Area in Savona. In 2014, the IULM Knowledge Transfer Centre in Milan received a special mention in the section of ‘best architectures at the AIT Awards ceremony in Frankfurt, Germany and he is present at the Venice Biennale. In 2015, he finalised works for the new BNL-BNP Paribas headquarters project in Rome and for the the redevelopment of the Marseille Docks. In the same year he won the contract to develop the master plan in Sokhna ‘Il Monte Galala‘, Egypt on the Red Sea and finalised works for the redevelopment of the Marseille Docks. They won the competition ‘Dallara Automobili‘ for the construction of a training and exhibition center in Varano Melegari, Parma. He started to work on the master plan and architectural language of the ‘Fouka‘ project in Egypt, on the Mediterranean Sea. In 2016 the Marseilles Docks won the Award for ‘Best shopping center‘ at the MIPIM in Cannes. The project also received First Prize in the ‘redevelopment‘ category at The Plan International Awards in Venice. IULM 6 in Milan won the International Grand Prix First Prize given by Casalgrande Padana. The Plan International Awards also awarded the new BNL-BNP Paribas headquarters project in Rome in the ‘office/business‘ category. He won the Cityscape 2016 Award in Dubai for the project ‘Il Monte Galala‘, Sokhna Egypt. In 2017 together with a group of architects and creatives founded GianlucaPeluffo&Partners based in Albissola Marina, Riviera Ligure on the former Lucio Fontana Atelier. He started works on the site of ‘Il Monte Galala‘. He finalised the State Police Burea Headquarters in Rome In 2018 the new seat the Port Authority System Genova Savona are inaugurated. He designed the Sokha mosque (under construction) and the design of New Town University in Mostakbal, “Bloomsfield” Egypt. In the same year he was appointed Accademic of the School of ‘Belle Arti di Perugia’. He is a Researcher at the Faculty of Arts, Tourism and Markets at IULM in Milan, where he examines the themes of relationships between Art and Architecture, Architecture and Cities. Numerous exhibitions have been dedicated to his work: Milan, Rome, Zurich, Paris, London, Casablanca, and many other sites. He has held hundreds of conferences since 1999, in Italy and abroad. Since 2019 he has been professor at the Faculty of Architecture of KORE in Enna and since 2018 he has been Visiting Professor at the ENAM “Ecole National d’Architecture de Marrakech”.

After all, I just wanted them to keep each other company. Indeed, to tell the truth, I wanted them to keep me company and so anyone who wanted to share with me this table set up by IQD. I wanted these Living Borders, women and men who put their thought and body in literary, philosophical, mathematical, architectural, border, side and non-conformist spaces, to help us illuminate with their light and shadow, the present, its reality and its wonder. I wanted them to let us into their invincible interior summer. We have combined each Living Border with an architectural work, some of them designed by me, some by us, most by others. They are emotional and totally illogical combinations. They are leaps of faith, beyond the border. They are blinding. Falling in love. The praise of shadow is heretical. The Shadow by Masaccio, the one with which Saint Peter heals the sick, is the heart of the Renaissance and it combines human body and spirituality in an absolute (I would say blinding) artistic synthesis. Masaccio is our invincible interior summer. Each one of these Living Borders is an invincible summer, founded on an aesthetic revolt. Let us be taken by hand. 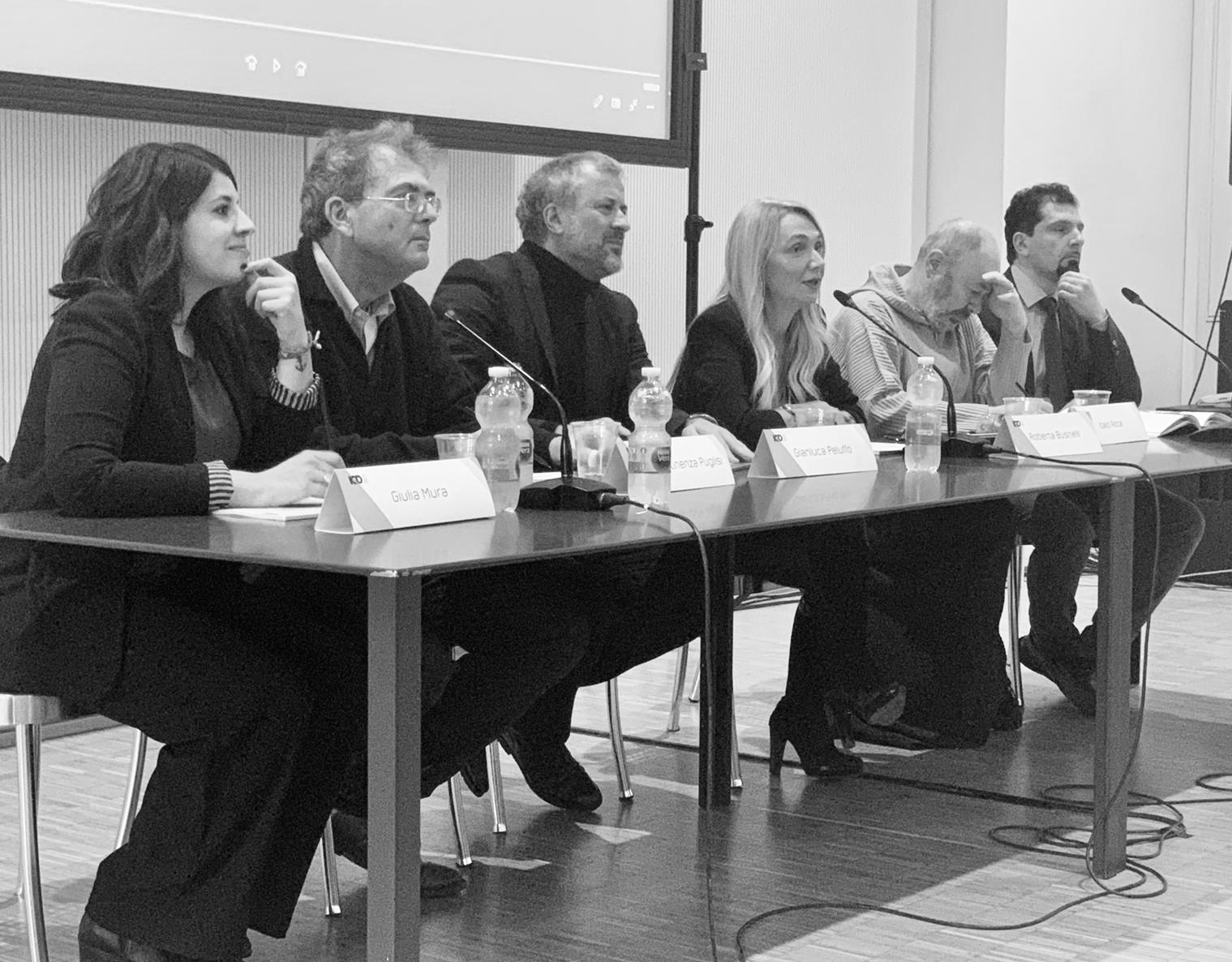 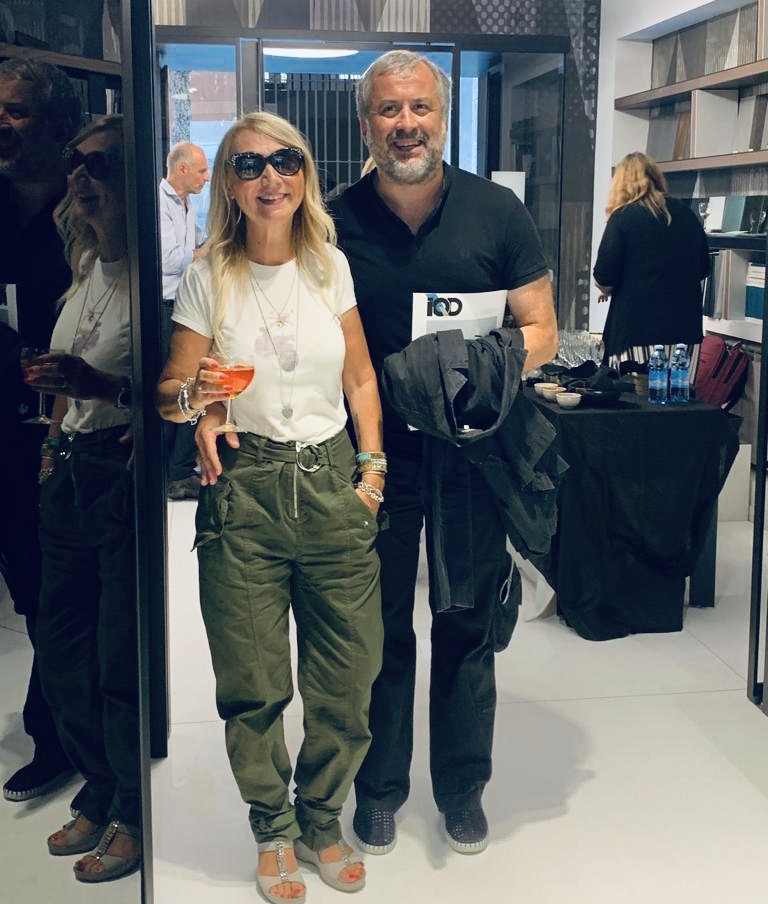 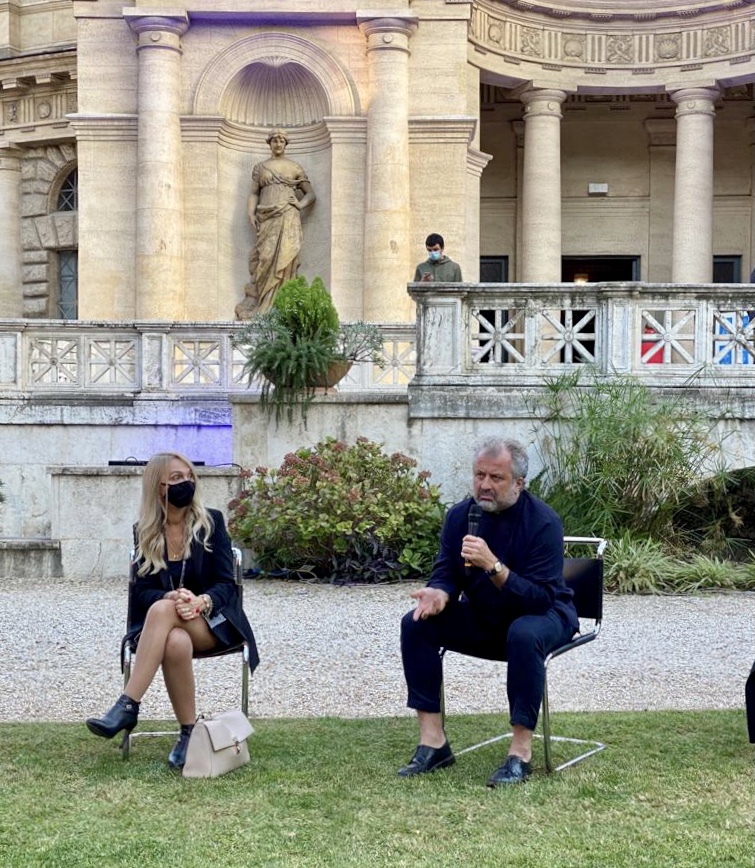 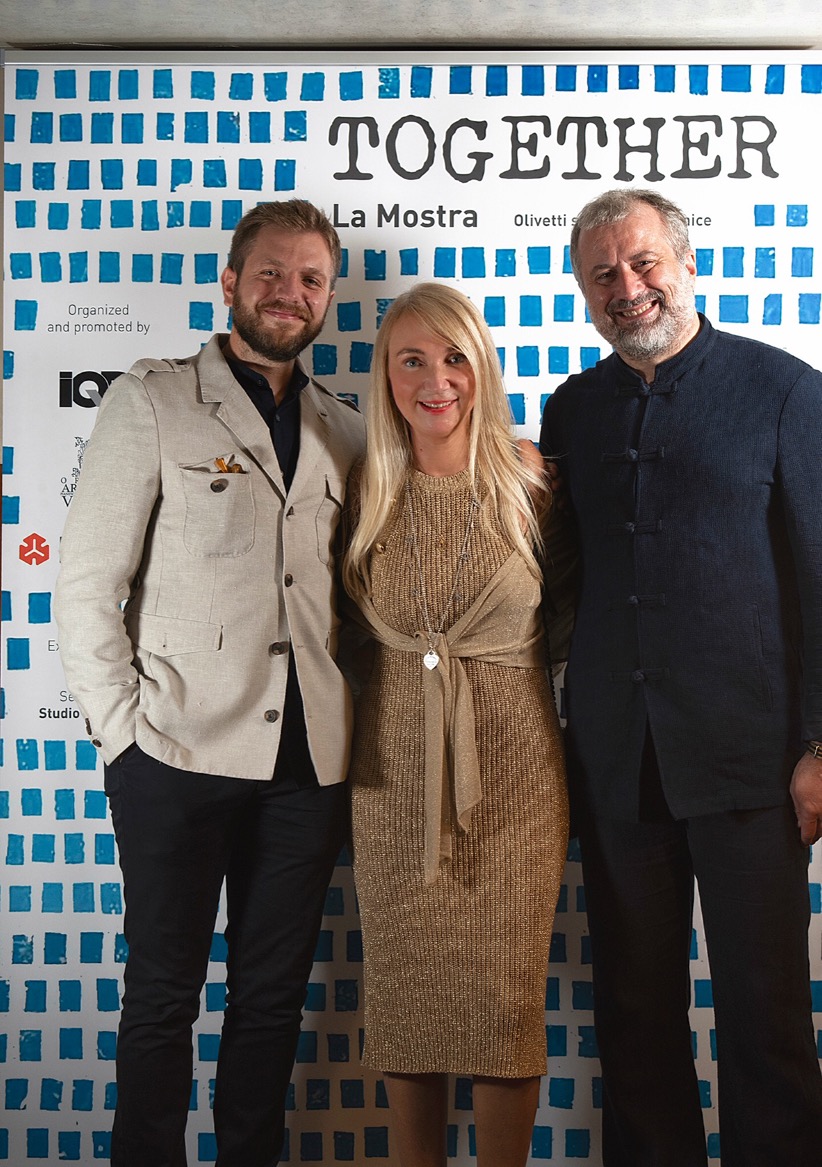 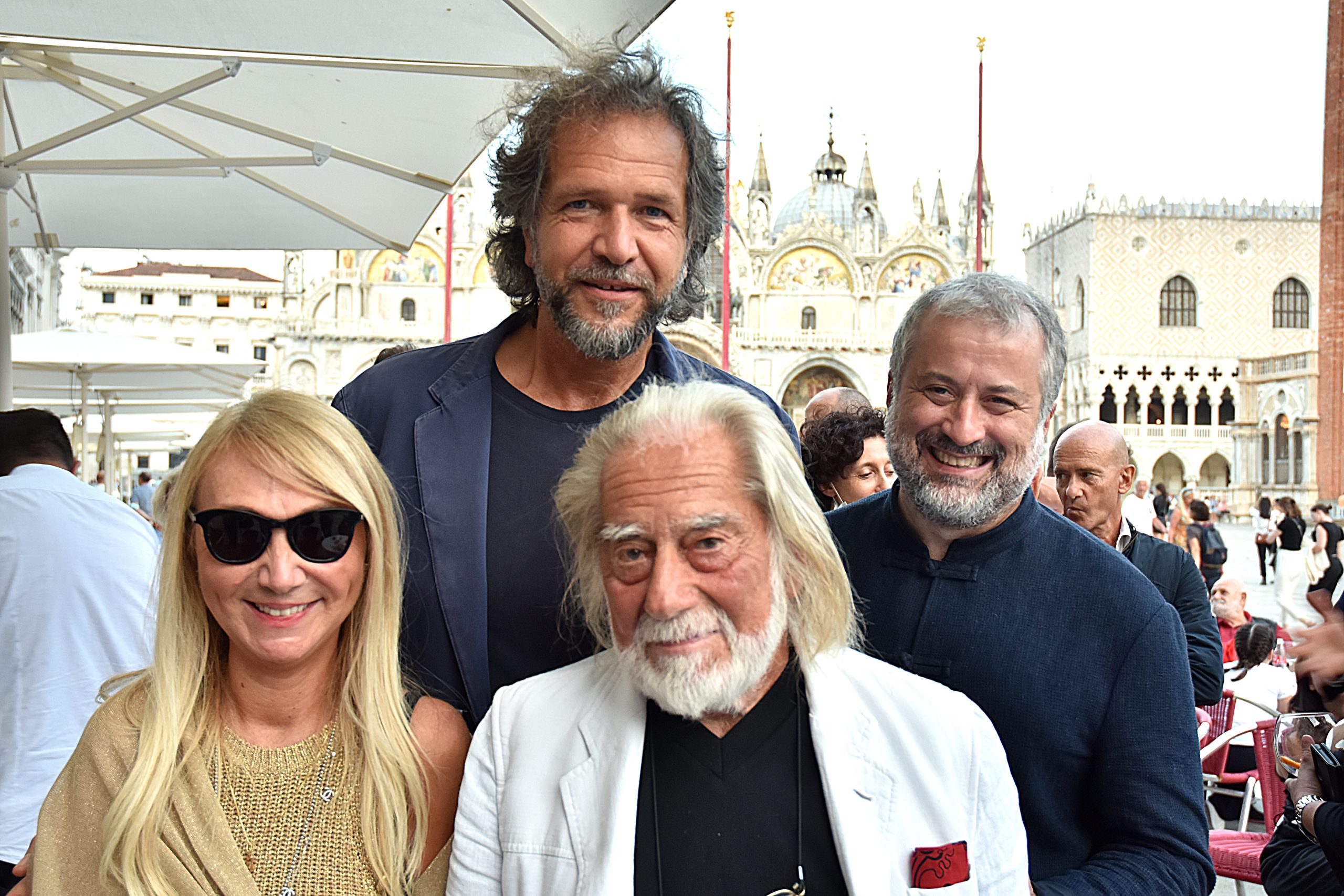 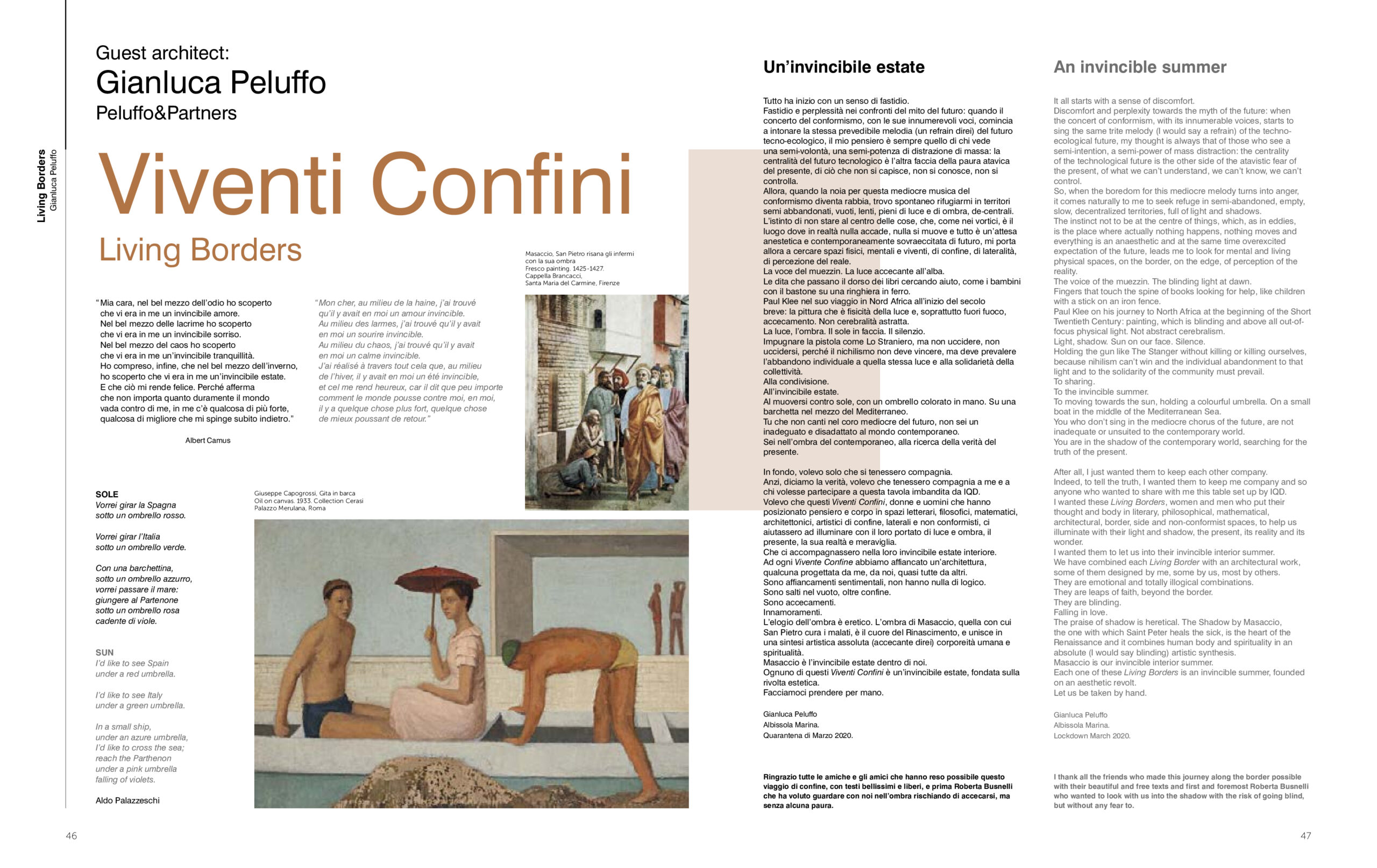 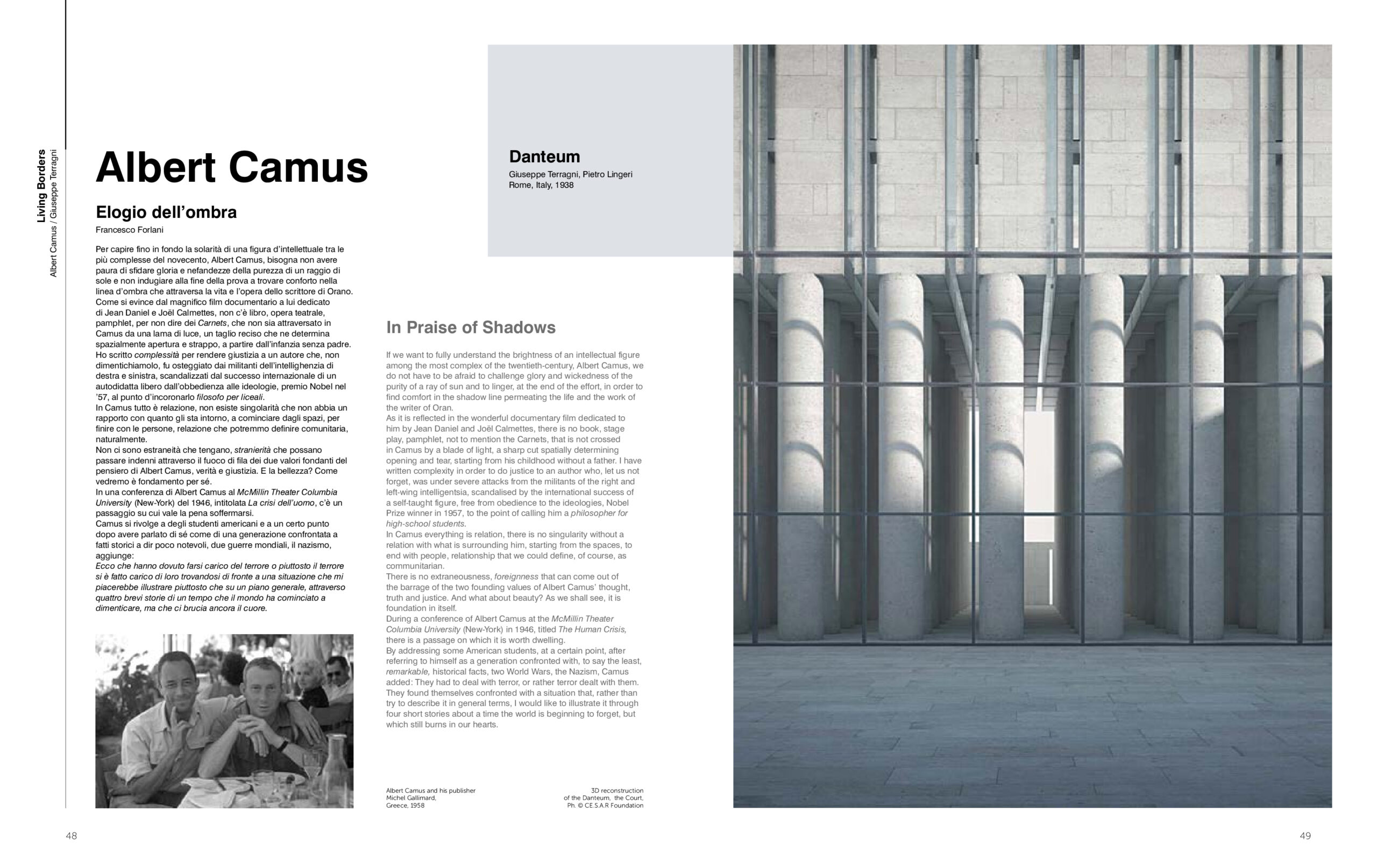 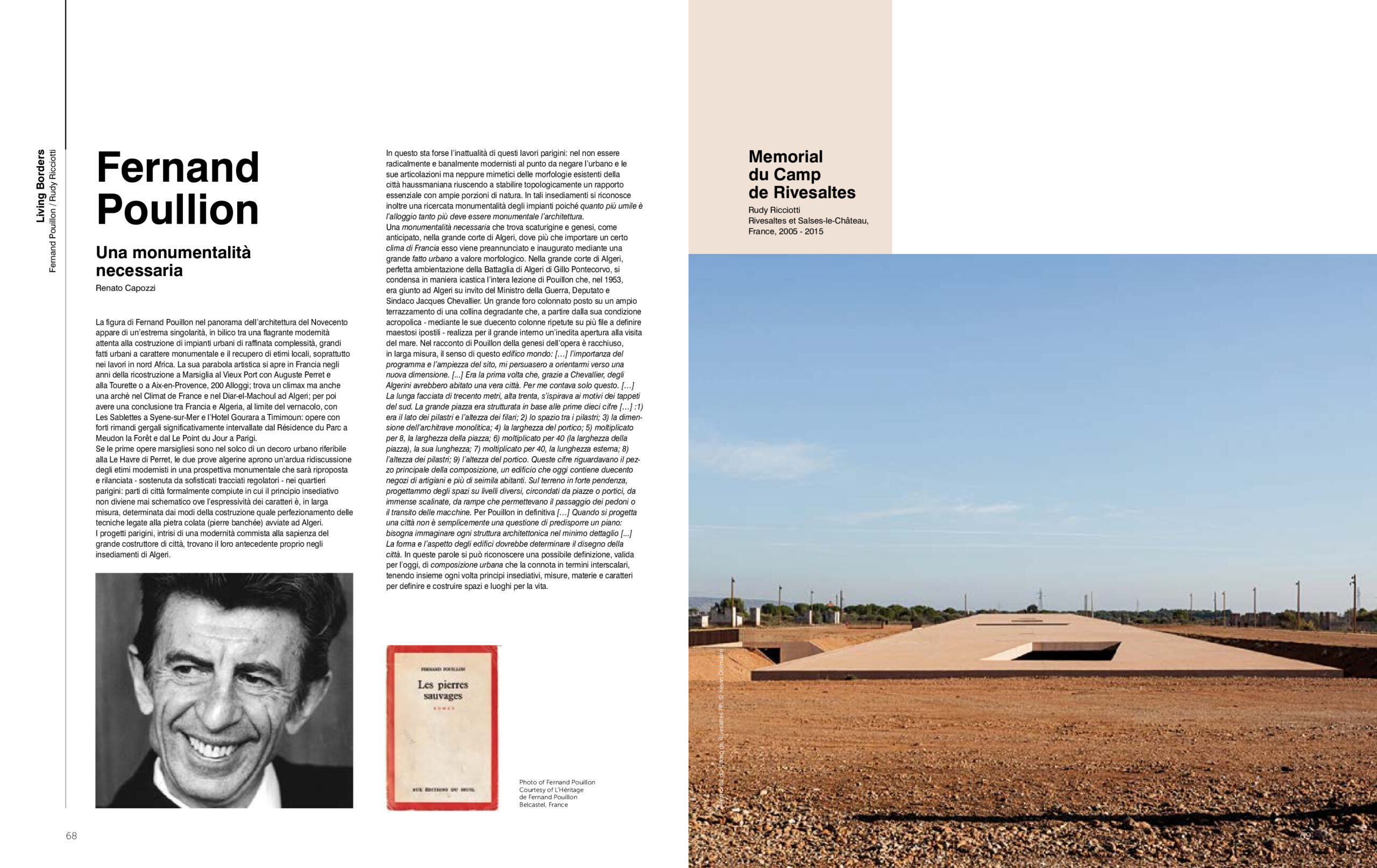 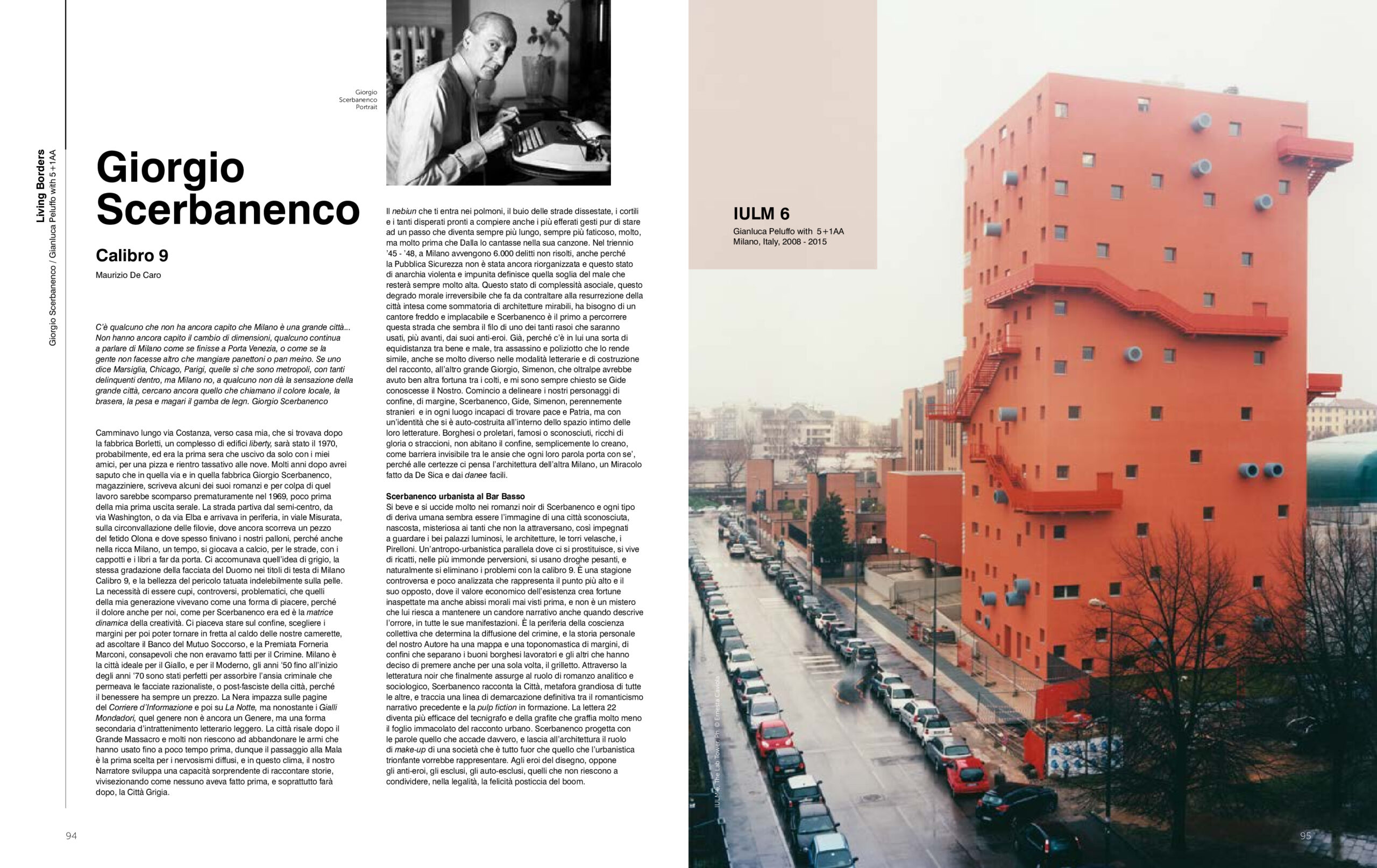