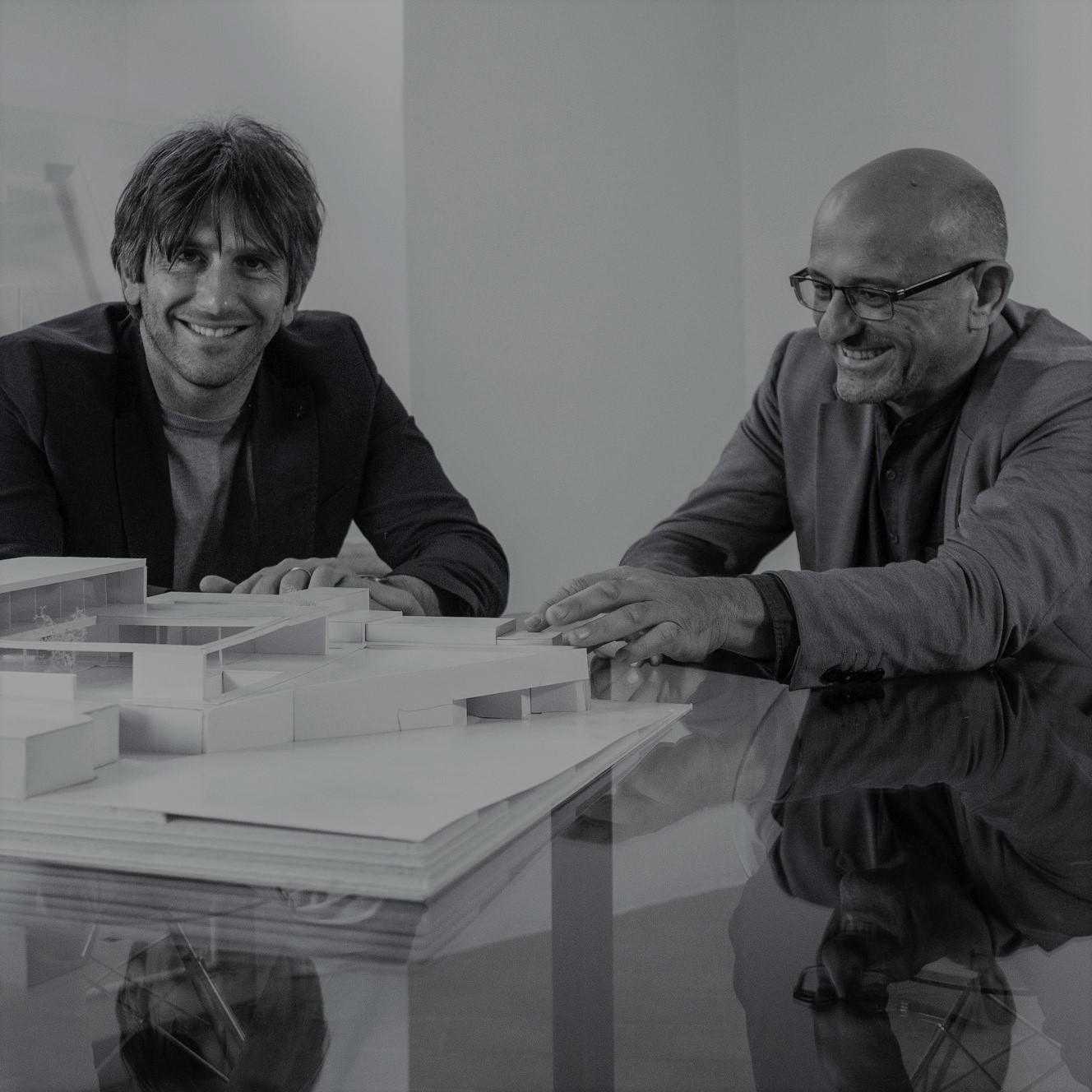 ARW founded in 2015 as a workshop that turns a specific situation into a reflection and into a statement concerning the meaning of architecture. lead by two architects and founding partners Camillo Botticini and Matteo Facchinelli who propose a research able to synthesize meaningful architectural forms and deal with contemporary living spaces and their meaning, from an urban scale to that of the object. The practice is constantly looking for the project’s site-specific identity as in the best Italian tradition, able to be local in a global world an essential reference point. Architecture is a result of relations within a specific place and inclined to transform the perception of space. the dialogue between the concept of an idea and the conditions of the surroundings generate the juxtaposition in which the design transformation interval is placed. the complex settlement of landscapes becomes the reference material: so the geography, the historicity of the surrounding areas, the environment with its contradictions, the morphological and altimetric features, the orientation of the plot are all factors that generate the project.

Born in Brescia on March 11th, 1965, graduated in 1990 in architecture at the Politecnico University in Milan. in 2003 obtained a PhD in Architectural and Urban Design. A university assistant since 1993, in 2004 he began his career as a lecturer in architectural design as a visiting professor at the Politecnico University in Milan, the IUAV University of Venice, the Universidad de Navarra in Pamplona and lately at UEL University, London. He has received important architectural awards such as the special Award Gold Medal for Italian Architecture 2012 and the First Prize of the Italian Institute of Architecture in/ Arch- ance as the best young Italian architect 2006. He was also selected for the Mies van der Rohe Award in 2007 and 2017. He is still among the finalists of international architecture awards such as Wan Award, A prize, Copper Prize Batimat, Hauser and Ugo Rivolta and has been selected several times with his projects at the Venice Architecture Biennale in 2000, 2010, 2014 and 2018. His main publications include “Progetto relazione ed identità dell’architettura contemporanea” for Clup (2007), the monograph on Mansilla and Tunon for Testoimmagine (2002) and “Urban strategies” for Maggioli (2017).

Architect and designer, was born in Brescia in 1977. In 1999 he won the Erasmus scholarship in Brussels, where he attended his third year of university at the Victor Horta institute with professor and Architect Dominique Perrault. He graduated in architecture from the Politecnico University of Milan in 2003. From 2003 to 2006 he lived and worked in Paris with internationally renowned studios, such as Massimiliano Fuksas’ and Francis Soler’s ateliers, devoting himself to numerous competitions and projects. Through this training, he acquired an aptitude for the management of important and complex projects, which now allows him to coordinate and manage workgroups for different types of architectural interventions at different scales. He also won two competitions in France where he made relevant work, which led him to be appointed as a finalist for the Gold Medal for Italian Architecture in 2016 and for the French trophée Eiffel in 2017. He was a lecturer at L.A.B.A. (Libera Accademia di Belle Arti di Brescia) in 2011 and architectural design assistant at the Politecnico University of Milan in 2012.

Main themes for the contemporary debate on housing are the transformations of the European city, historically capable
of integrating differences and seeking a balance between transformative market forces and administrative policies. There is a telos that unites neoliberal policies, climate change, migratory flows and new technological systems. It is evident that everything is closely connected in determining the shape and the social characterization of the cities, which has always been the urban materialization of the socio-economic relationships. On this front the effort of the urban government aims to guide the changes, creating shared and non-segregated urban spaces, smart cities at the service of citizens, efficient and sustainable transport and systemic visions attentive to the landscape as the first element of true settlement balance. This is the theoretical agenda of many European cities. There are however different ways of implementing them in different countries, testifying to the power of policies to really guide the changes. The reflection proposed in this section Re:making City is divided into two parts: the first consists of the contribution of specialists who elaborate and develop a specific theme with a mainly theoretical slant and the second features analyzes and considerations on specific urban realities, trying to identify projects and researches that are then compared and cross-checked with the assertions of the first part. The emerging trends show a European population increasingly determined to live in cities and the target to decongest the city by limiting private vehicle traffic, with the consequent need/opportunity to increase the urban quality throughout the city thanks to polycentric systems. The housing policy also assumes central importance, aiming at overcoming the logic of land value by creating the possibility of coexistence for different social strata. The most relevant issue however remains that of climate change, whose actions to combat it cannot start from cities alone. We need a new global strategy but only a few people seem to be interested in Environmental and social factors, such as the increase in population and communications, are at the origin of this structural change.