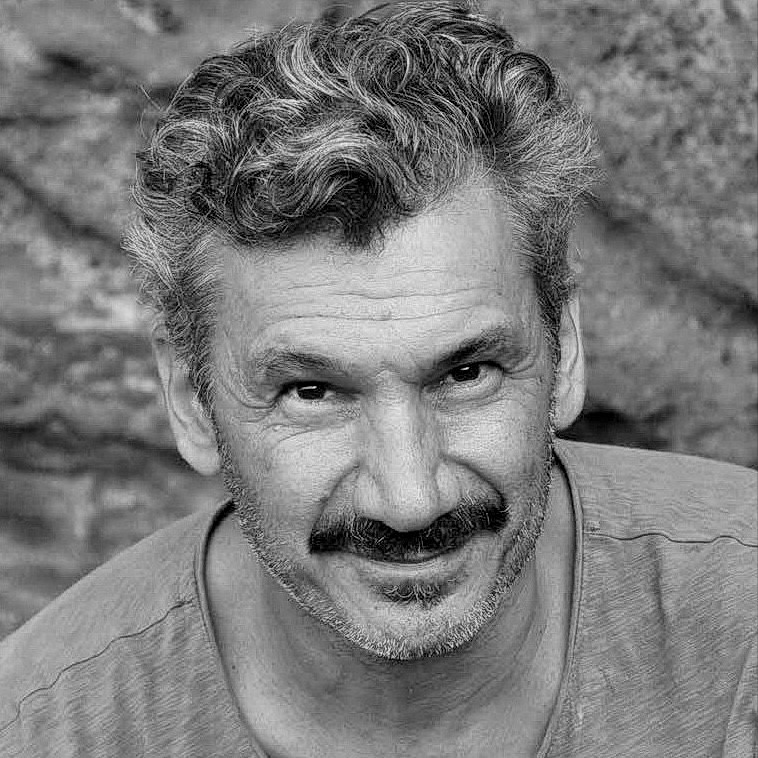 Born in Athens in 1963, Antonas is an architect, writer, philosopher and artist. With a degree in architecture and a PhD in philosophy from the University of Paris-Nanterre, Antonas currently heads the two offices, in Athens and Berlin, of his design and research studio. He has combined teaching activities at prestigious international institutes, such as the Volos School of Architecture, University of Thessaly, Bartlett UCL, the Architectural Association of London, the ETH of Zurich and the Akademie der bildenden Künste of Vienna, with that of lecturer; he has lectured at the Massachusetts Institute of Technology (MIT), the University of Architecture of Venice (IUAV), the Architectural Association of London (AA) and the University of Cyprus. He participated in the “Documenta 14” Art Exhibition and curated three solo exhibitions on his production at the Swiss Architecture Museum, the Vorarlberger Architektur Institut, in Austria, and the FRAC Center in Orléans, France. He was co-curator of the Greek Pavilion at the 2004 Venice Biennale and co-founder of Built Event – spatial practices for architecture, art, curating and urbanism, presented at the Landscape Biennale in Barcelona in 2006, at the Architecture Biennale of São Paolo in 2007, at the Contemporaneo Gallery of Mestre in 2008, at the Thessaloniki Biennial in 2009 and at the Gyumri Biennale in Armenia in 2010. His works have been featured among other places at the Athens Biennale, the Istanbul Biennale, the Tranzit Display in Prague and at the New Museum in New York and shortlisted for the prestigious Mies Van der Rohe Award in 2009, Iakov Chernikhov International Prize in 2011 and Schelling Architecture Award in 2018. He has written numerous books and two theatre plays, performed by Éclats d ‘États, in France. His principal topics of interest are architecture considered as a series of processes, which he defines as “urban protocols”, or new types of urban and living spaces for a different world, infrastructure of the domestic sphere and stability from the exaggeration of data flow; texts combined with traditional design techniques that often make use of references to legislation and archaeology.

A collection of works under the title Formal Arrangements needs a short explanation, which would make visible a second layer, hidden behind indifference, or even a characteristic poisoning of the form-making that can be identified in the works. This collection is just indicative, but is meant to show a different order or an alternative type of structure that animates each one of the featured projects. It is obvious that there is no style unifying these examples; I also permit myself to trace constructive elements producing a stable arrangement of an alternative order, rather than deconstructing the given order of normality. There is always a poison towards the norms in all of the examples but this poison is structured within an interesting and solid format. At first look, the selected works perform as poisoning the normality and the stability of the traditional laws of form; the form – understood both in a classic architectural-artistic way and concerning the structure of impression, as introduced in early modern bibliography of the Russian formalists – is here negated. On the contrary, every single work presented in this short collection does organize in an idiosyncratic manner a systematic arrangement that could allow more repeated practices in its same realm. A repetition on the same rationale of similar projects as the ones shown here, a strict order that can be found behind the examples always institute a character of practice, an ethos, and not a style. One could read the works as simply deconstructing the normality of form making: conversely, what is more important in the approach of some admirable references today is that the first impression of a simple poisoning of form taking place in a specific situation is backed by a care for a more or less invisible general operating system. A rational arrangement is proposed to replace the banal simplicity of form. In a sense the concept of formal arrangement – or system of form making – is asking for a further investigation about the traditional difference between structure and form. Can this traditional difference between structure and form have any value today? A system or an arrangement can always be already described as a structure; the featured works could also have been performed differently, providing an abstract mold where more specific applications could have been different without losing their quality of instituting – all of them – idiosyncratic conditional formats. I use some remarkable examples to show the possibility of constructing a notion of format as an element of an eluded architecture, as a form of structuring projects and, seen from within the works, as a condition that can organize its own repetition elsewhere the question of format is presented as a major one. By Formal Arrangements I propose another way to describe some selected examples, presented here to bring forward the art of format making. A discrete structuring of an invisible layer acts as a question about art and architectural practices, combined to be studied as proposers of a readable content. 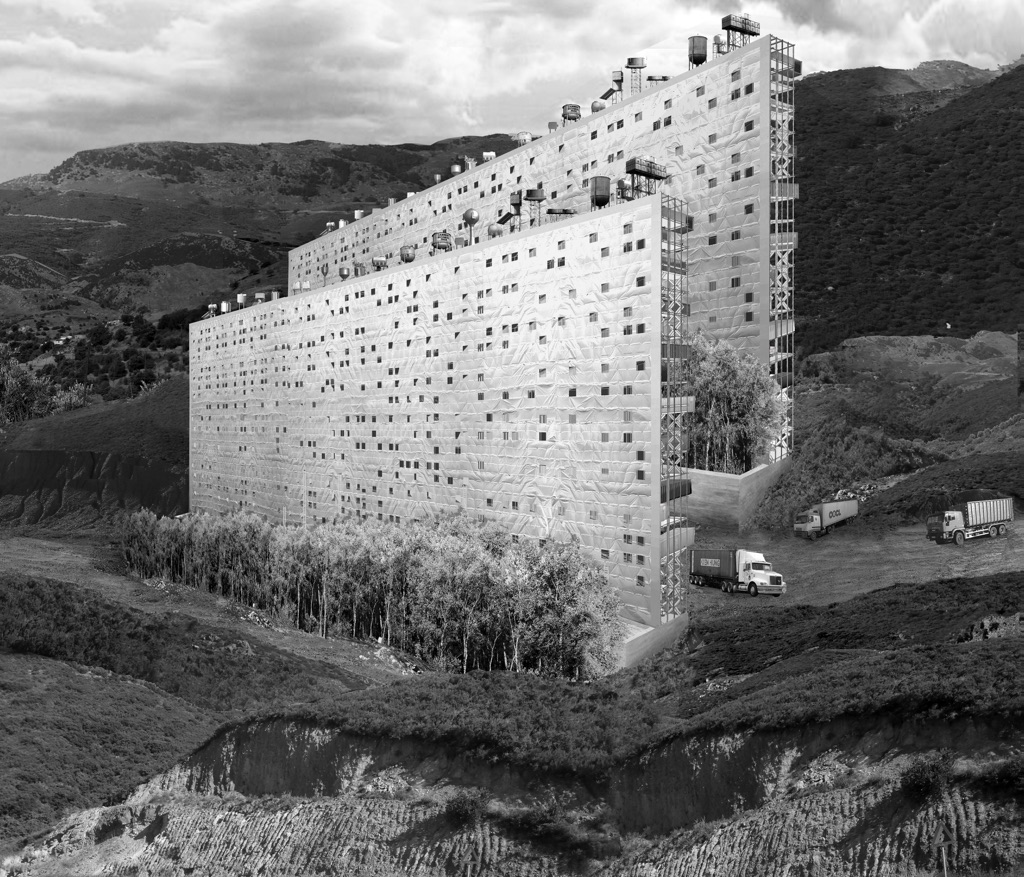 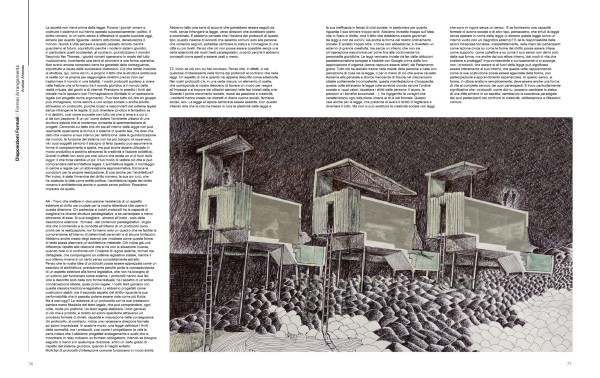 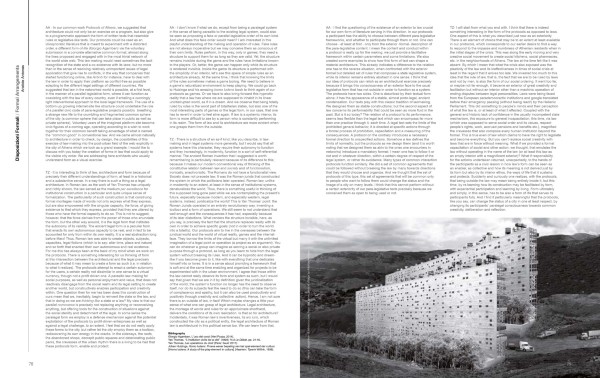 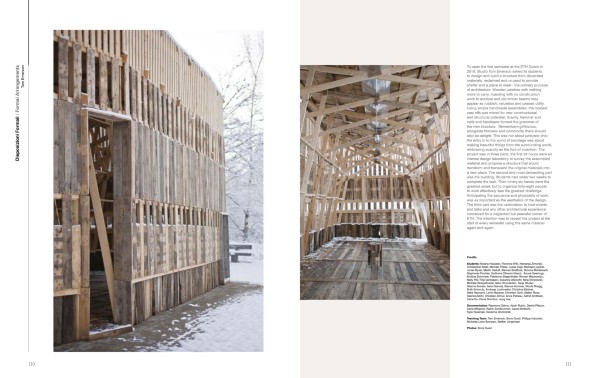 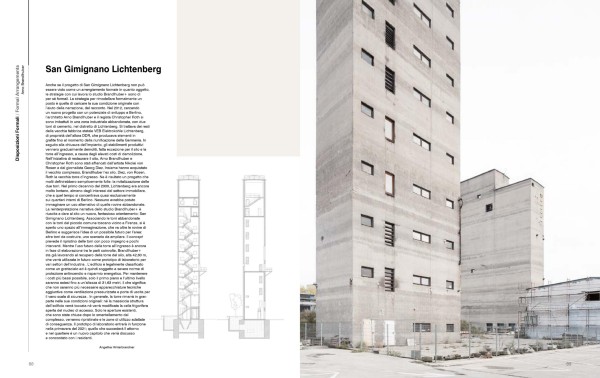