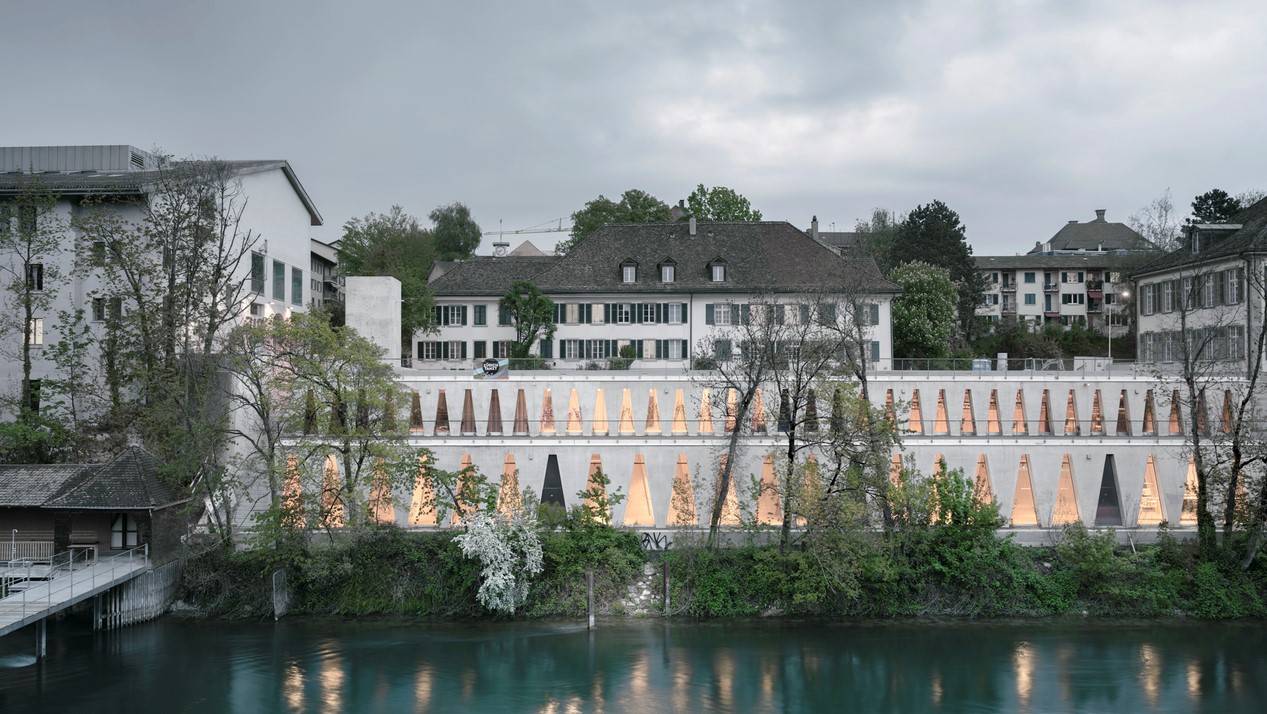 Following a fire which in 2012 destroyed the building that accommodated the Dance Academy and the Swiss Textile School, the international competition launched in 2014 for the construction of a new Tanzhaus and the transformation of the entire bank of the river Limmat was won by firm Barozzi Veiga. The building is located on an area affected by a redevelopment master plan, whose industrial past and the strong presence of horizontal signs have become the starting point for the development of the new project.

The new academy has not been conceived as a building in itself – the designers say – but rather as an infrastructure, destined to be integrated into the dialogue with the surroundings and to generate a new public space along the river. The building has been defined as a simple volume, integrated into the slope, which connects the existing itineraries at different levels and defines a new promenade along the river.

With the aim of making the new promenade of public use, the access to the Academy was moved from the street level to the lower level, along the river. Here, the border of the building was set back a few meters from the perimeter of the project area, defined by the river bank, to make room for the new promenade. The integration of the new building into the urban landscape has also allowed the creation of a sort of urban backdrop, a public scenography that can be passed through on several levels. From a compositional point of view, the building is defined on the basis of the constructive logic of the iconic façade.

The repetition of the trapezoidal openings that regulate the alternation of solids and voids has allowed for a continuous structural façade which protects and at the same time characterizes the building. The choice of this form was dictated by the wish to establish a dialogue with the nearby diagonal structures and longitudinal modules, to have a greater concrete mass on the façade and at the same time a light and permeable base and to control the entry of the natural light inside the building. To avoid the use of mechanical sunscreen systems, a solution based on the use of vegetation to protect against excessive solar radiation was applied to the project.

The programme, organized across two levels for a 1,500 sqm usable floor area, separates the private uses on the upper level from the public uses on the lower one. This division allows for different accesses and activates the circulation around the building, reinforcing its public nature. The main foyer runs over the entire length of the façade, opening up to the urban promenade on one side and giving access to the production rooms and the large multifunctional hall on the other. The upper level, which accommodates the offices and the backstage spaces, ends with a large rooftop terrace that runs over the entire length of the building. 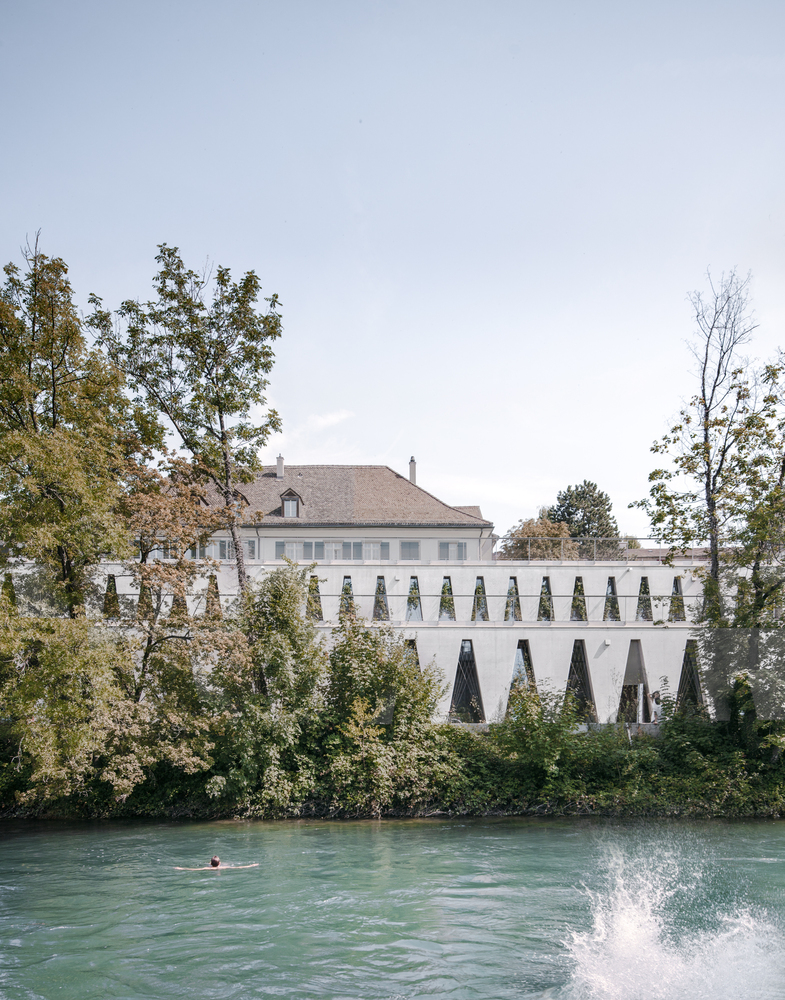 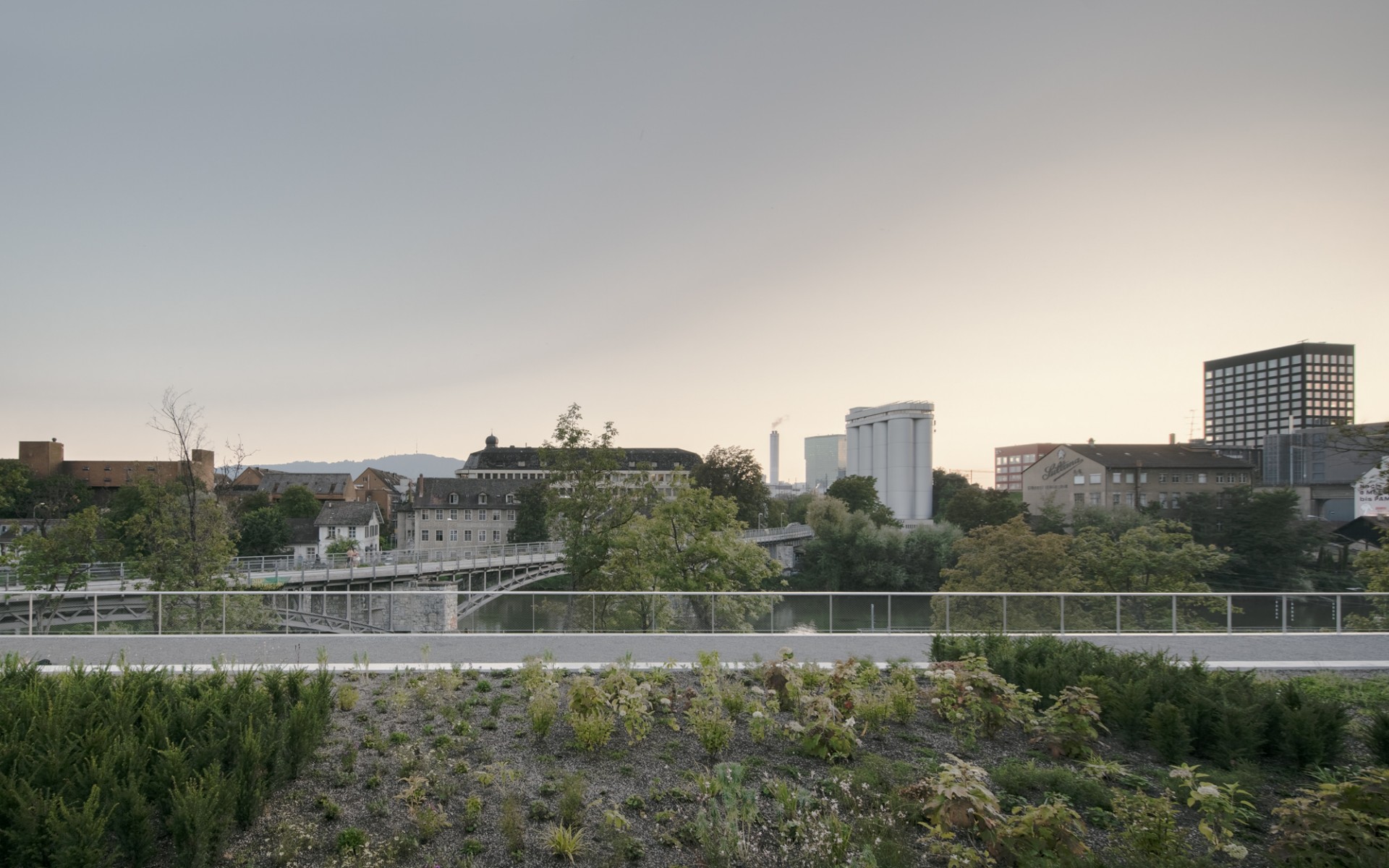 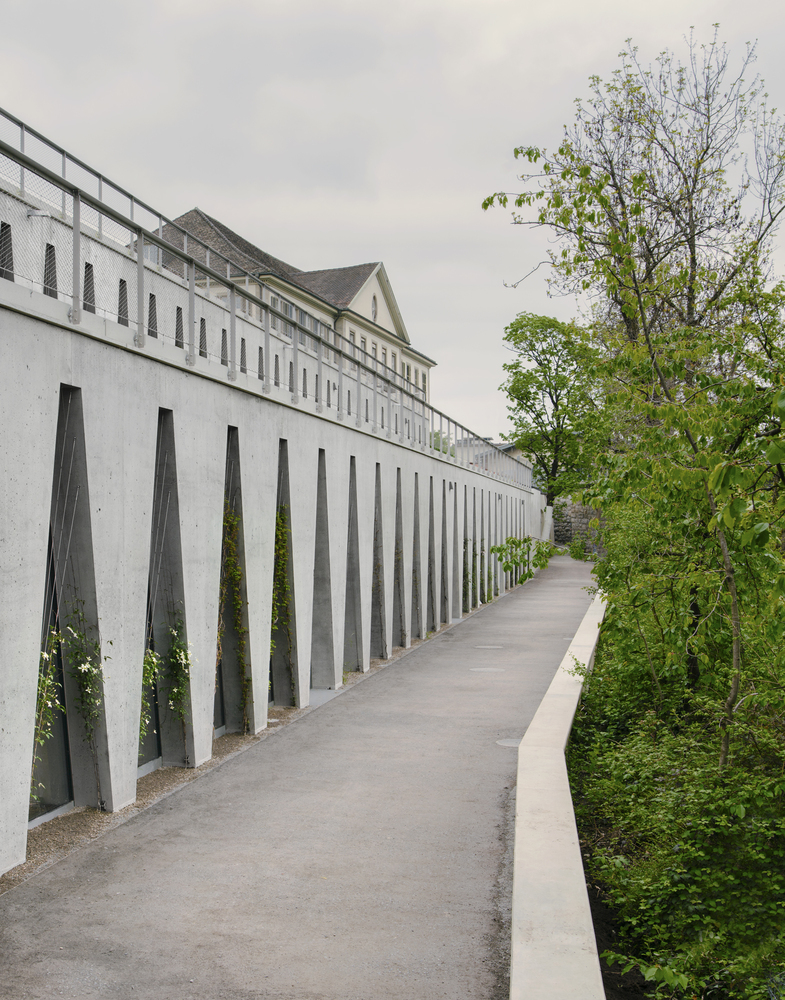 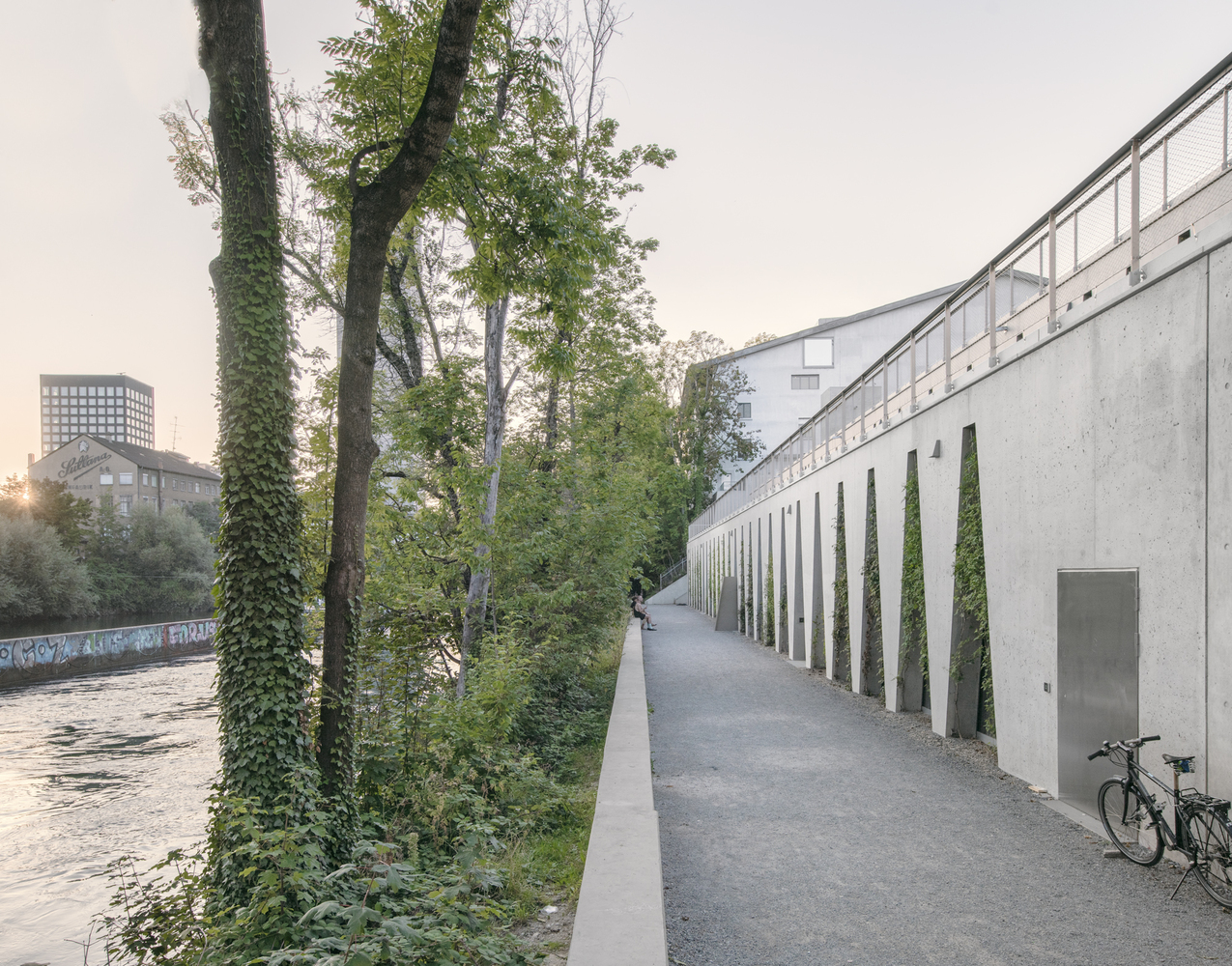 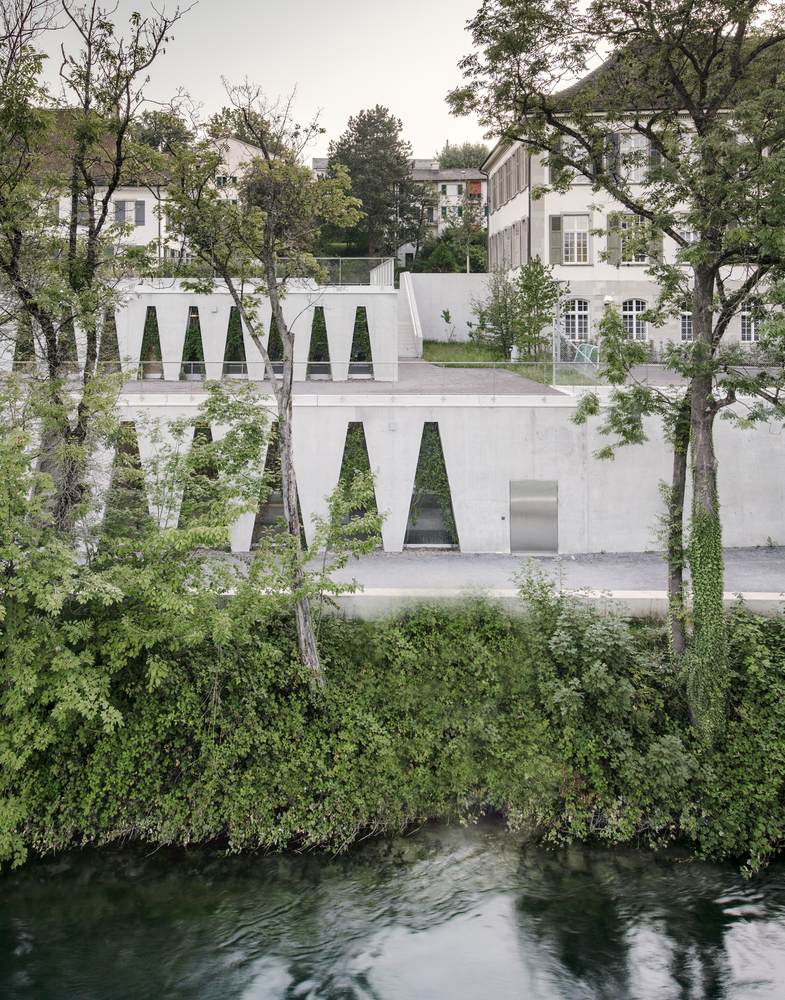 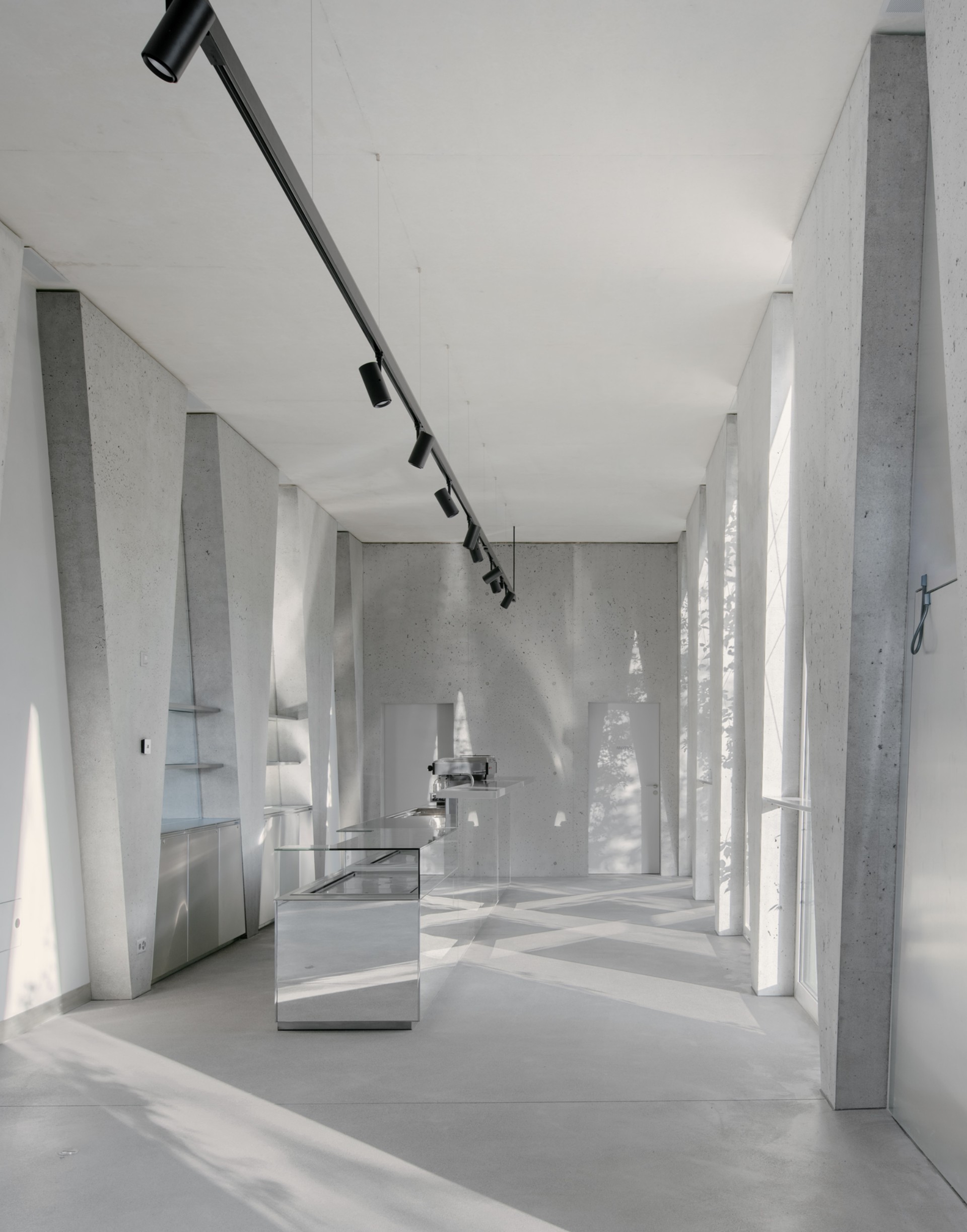 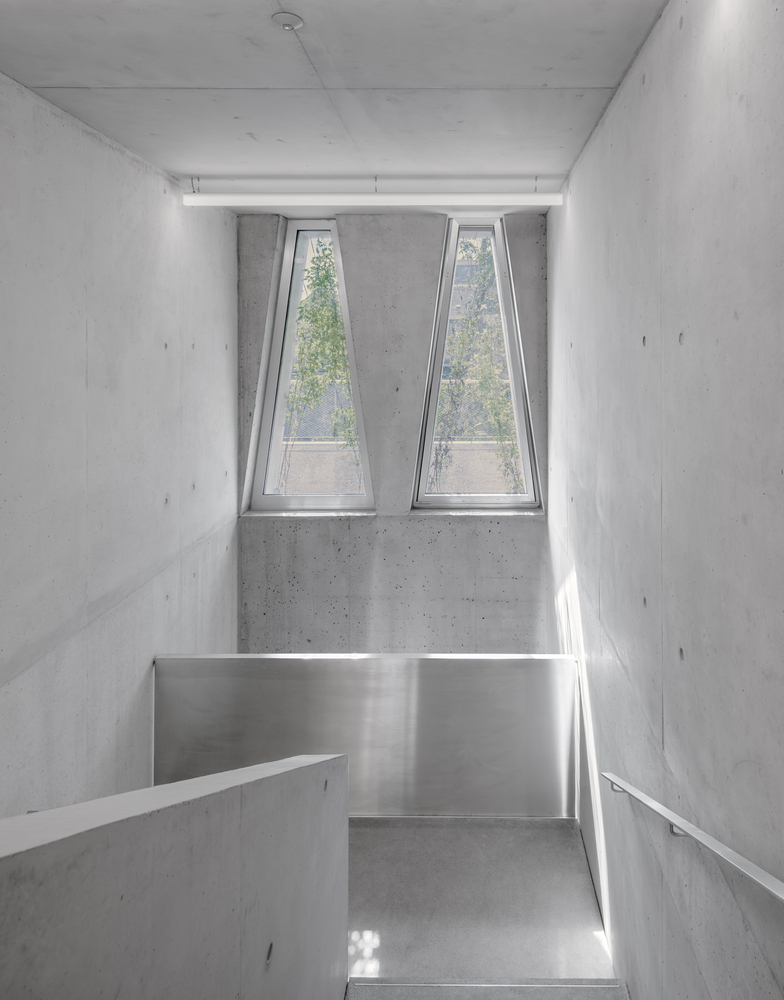 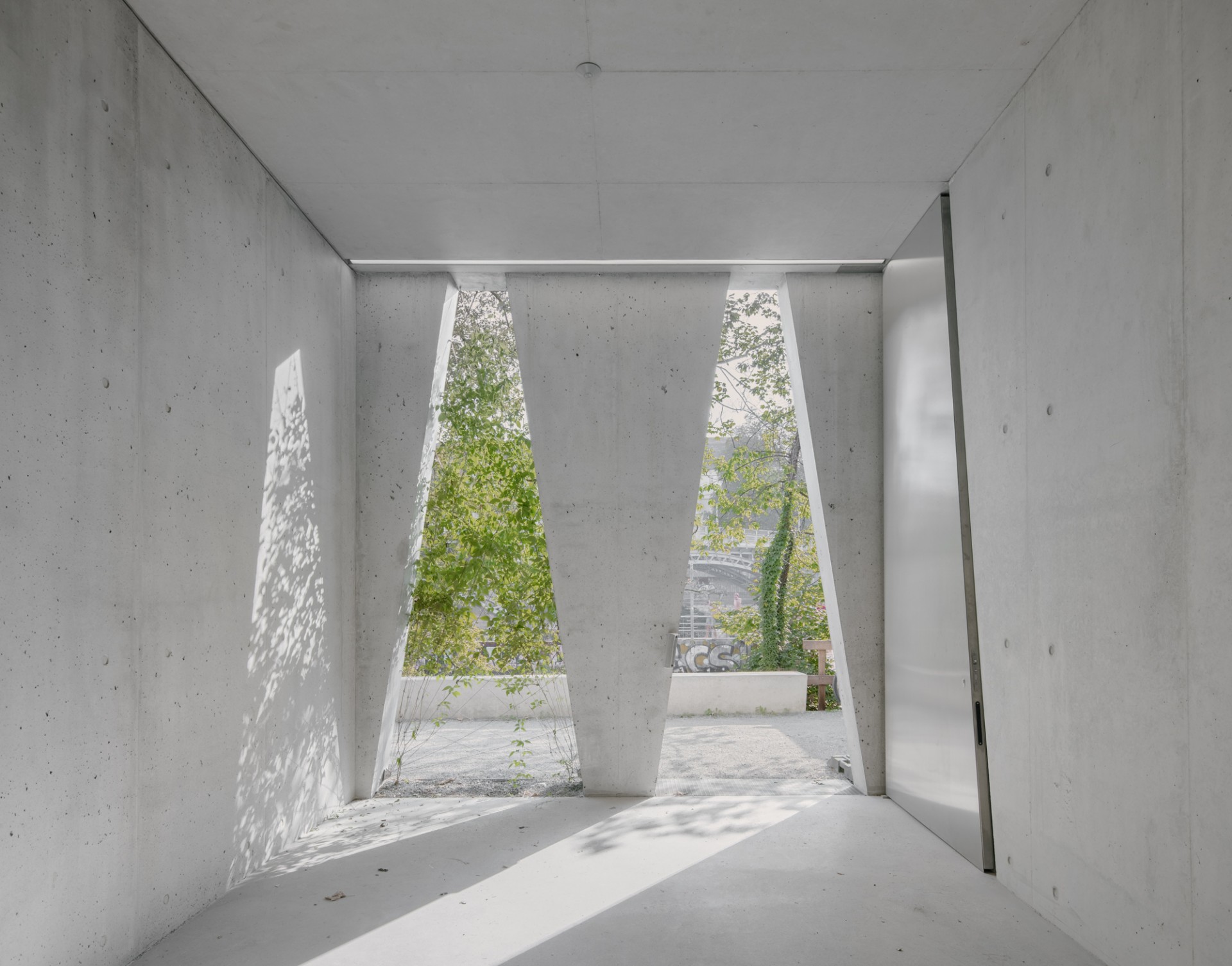 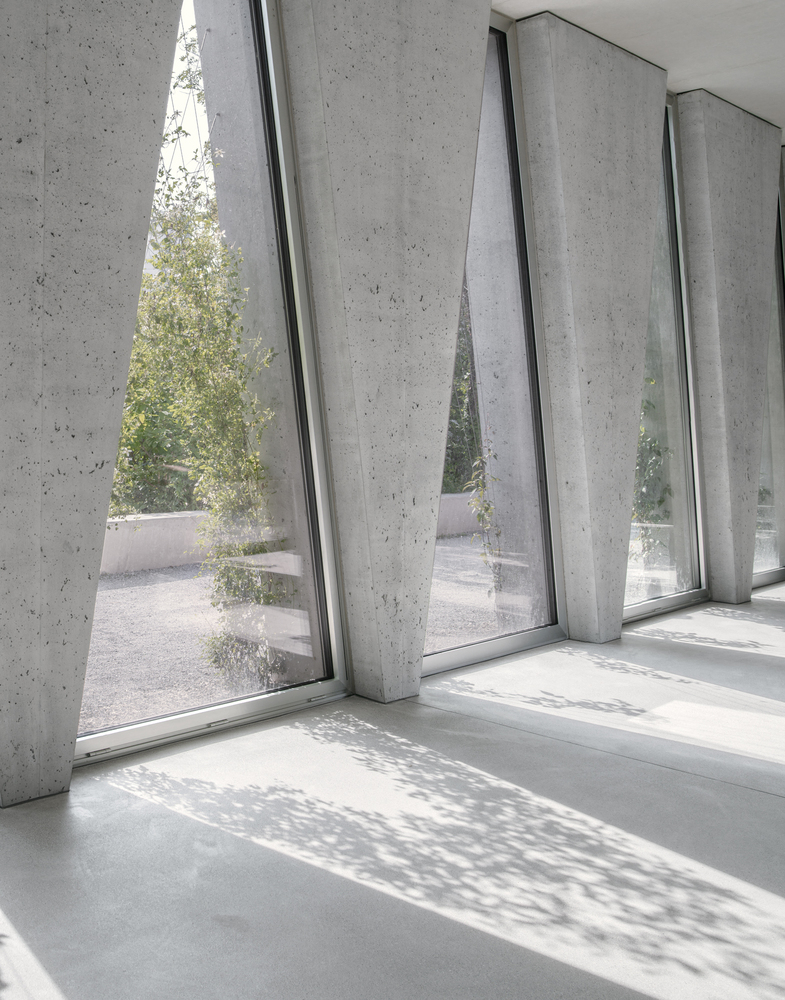 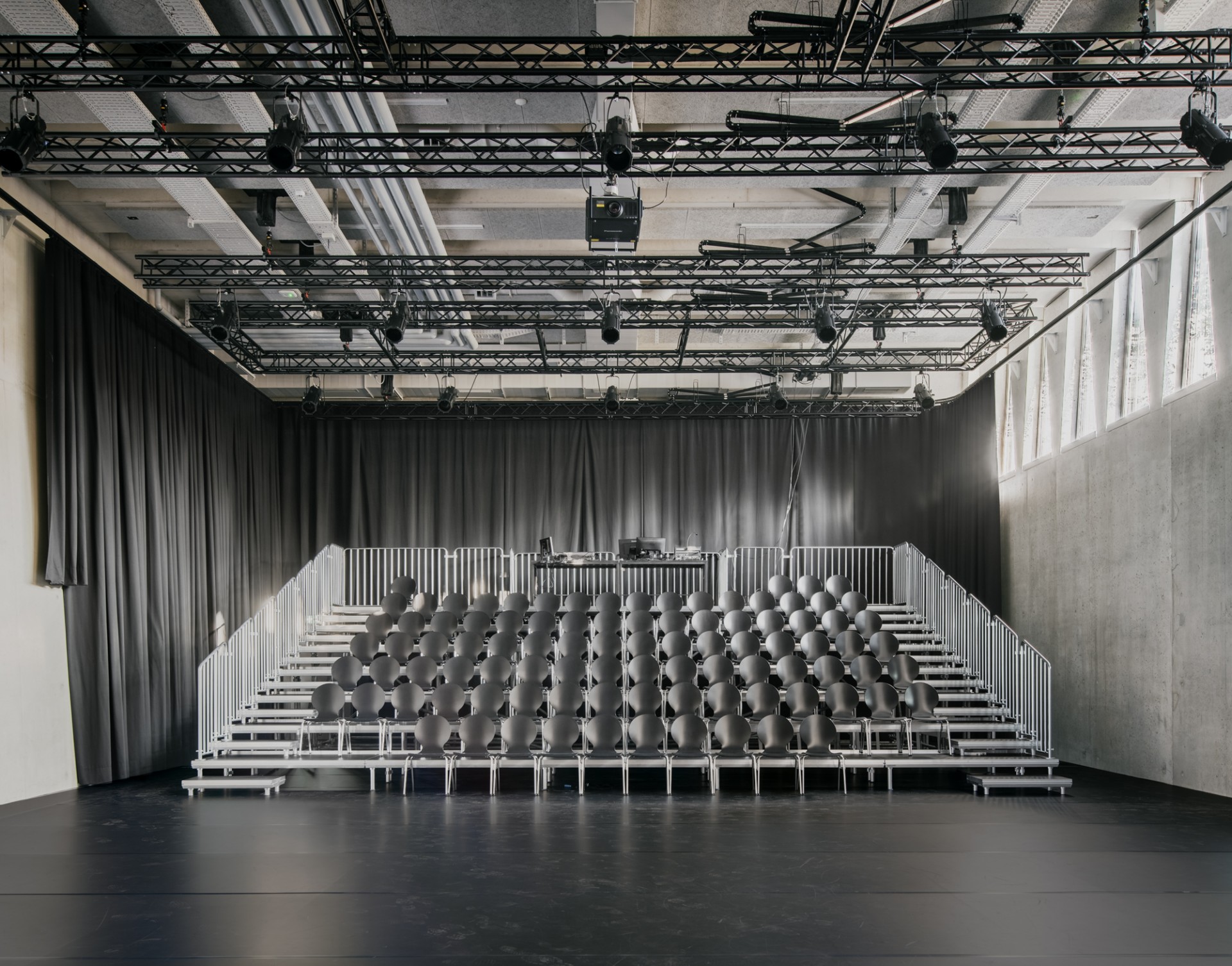 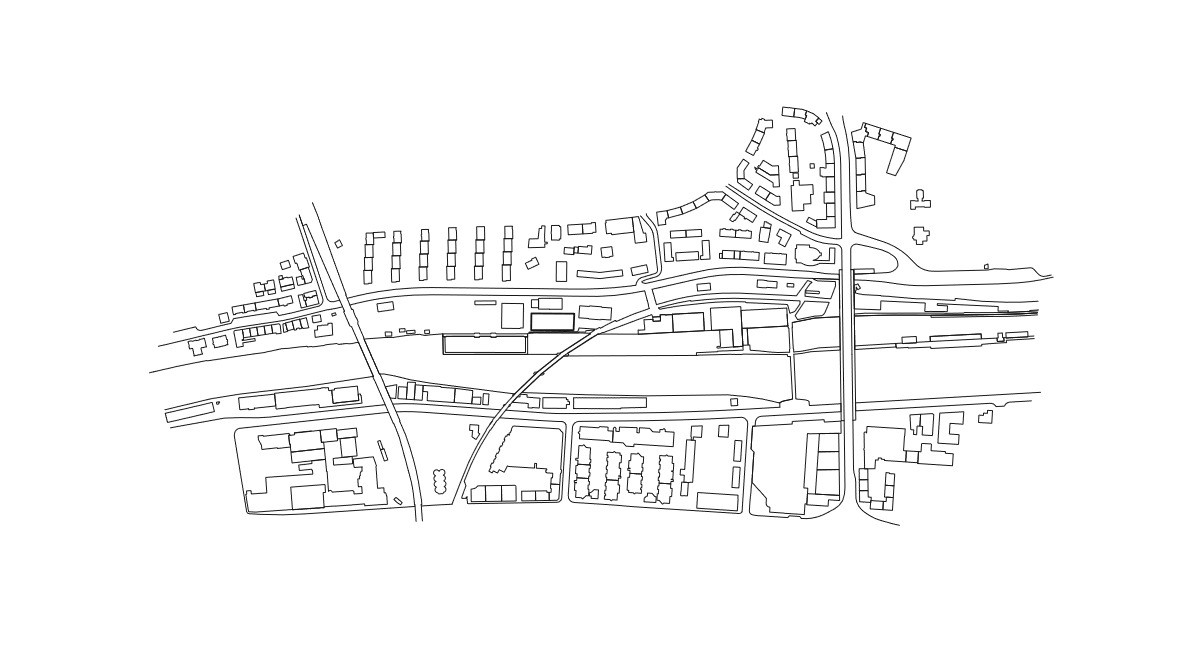 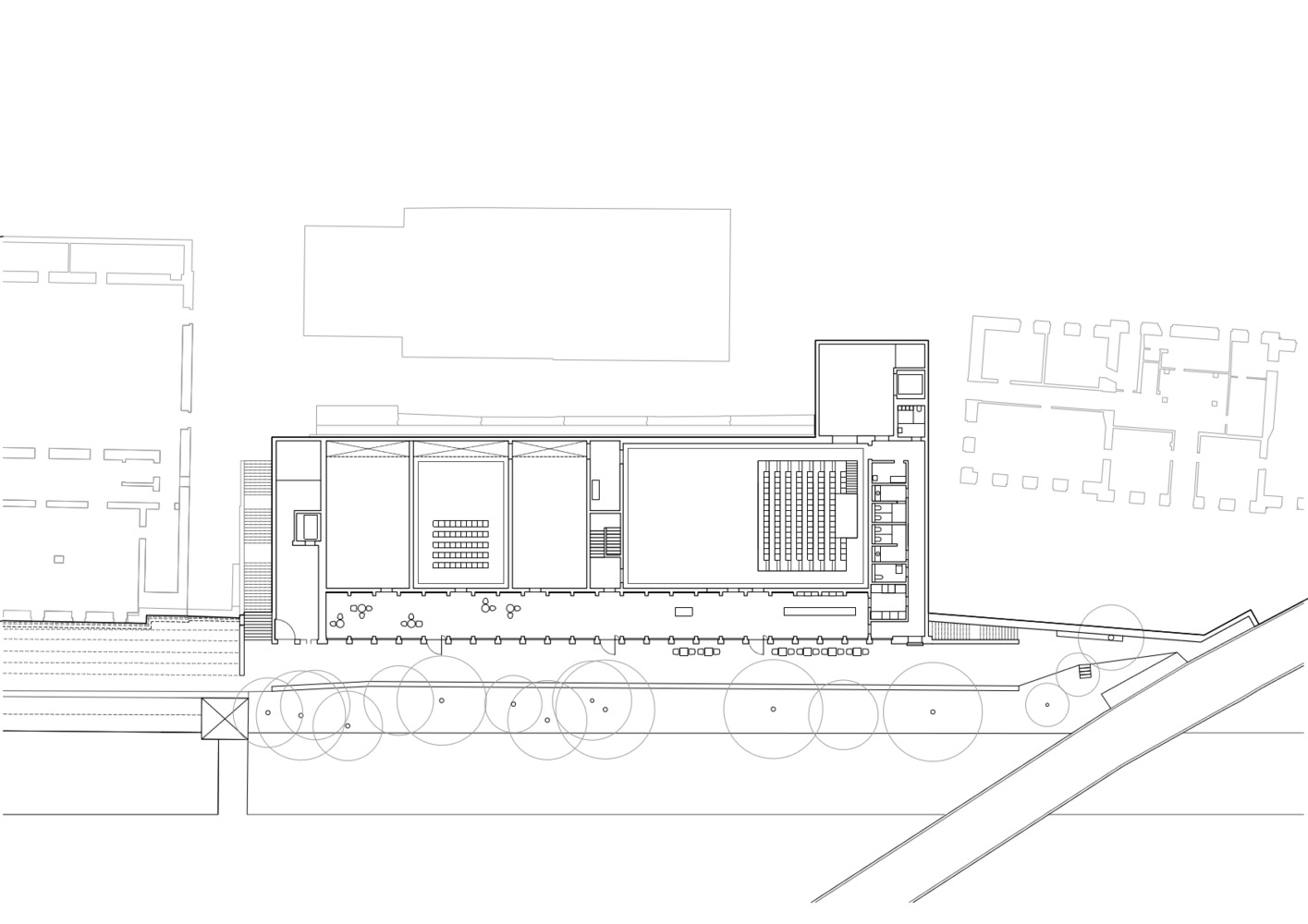 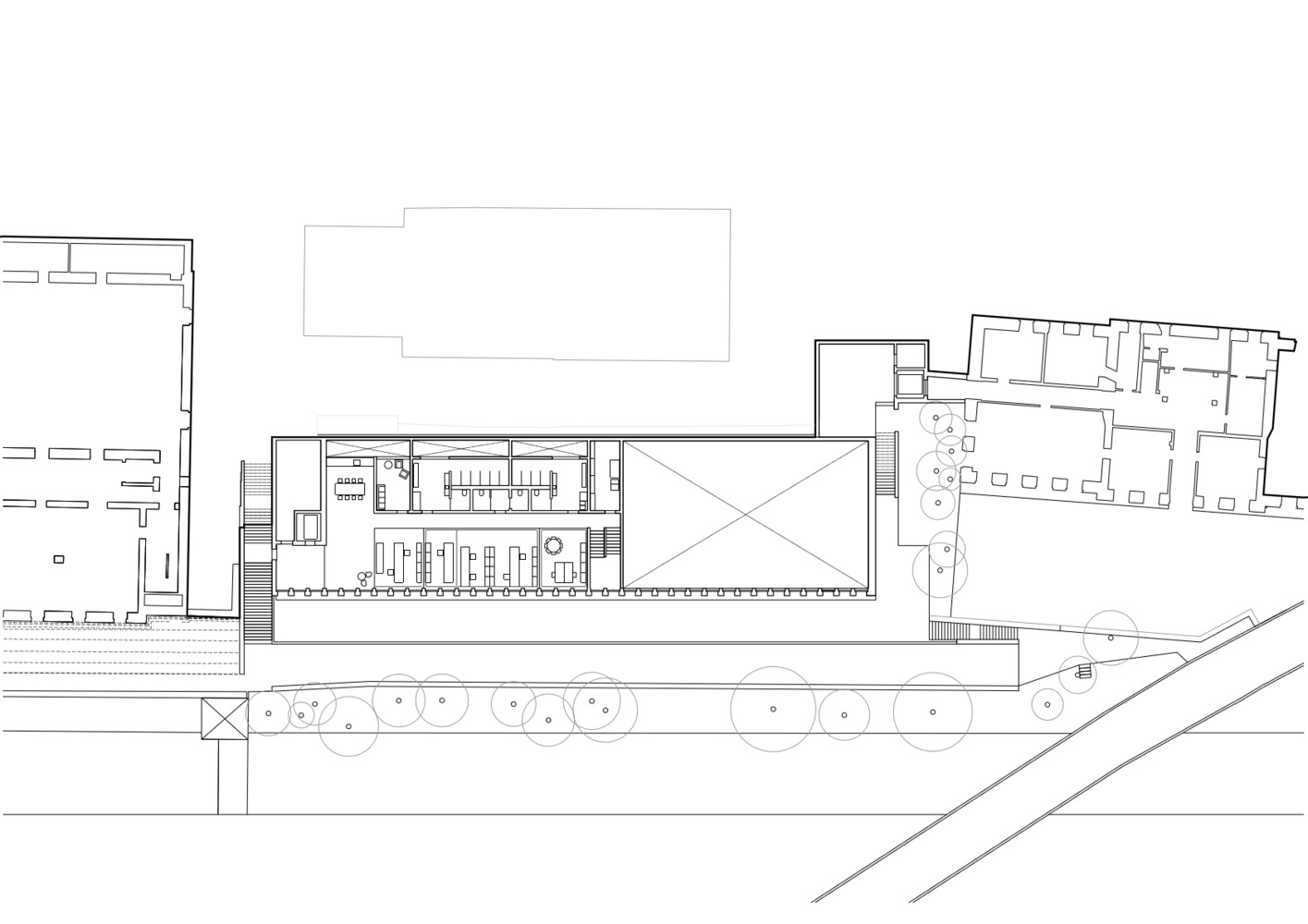 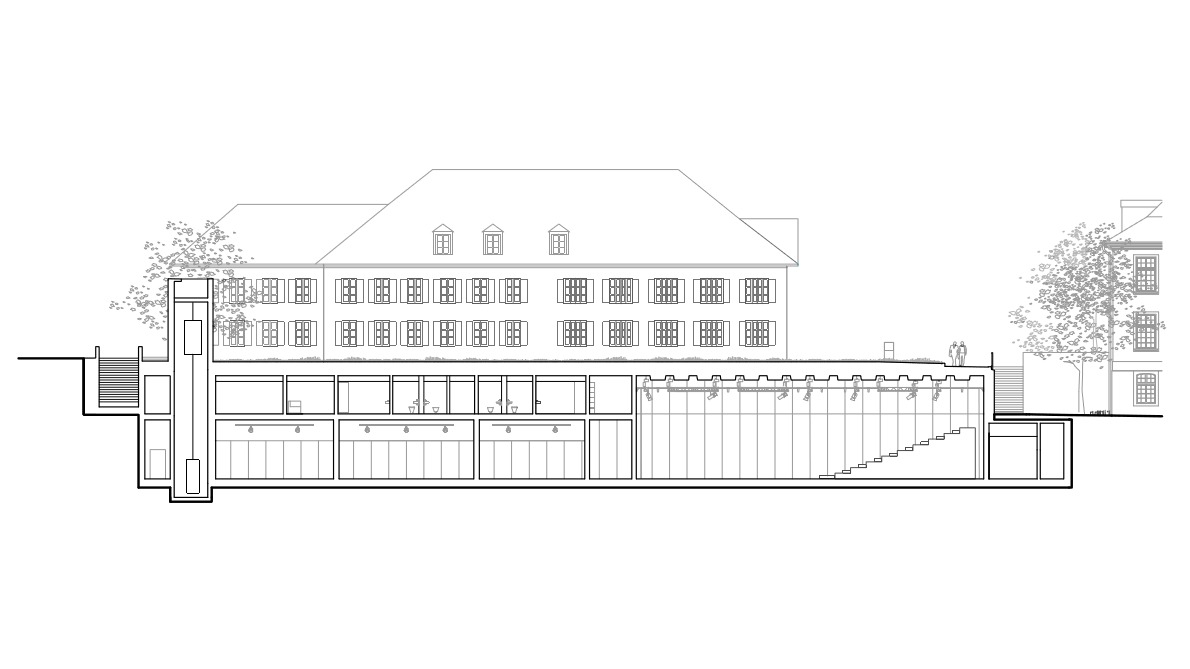 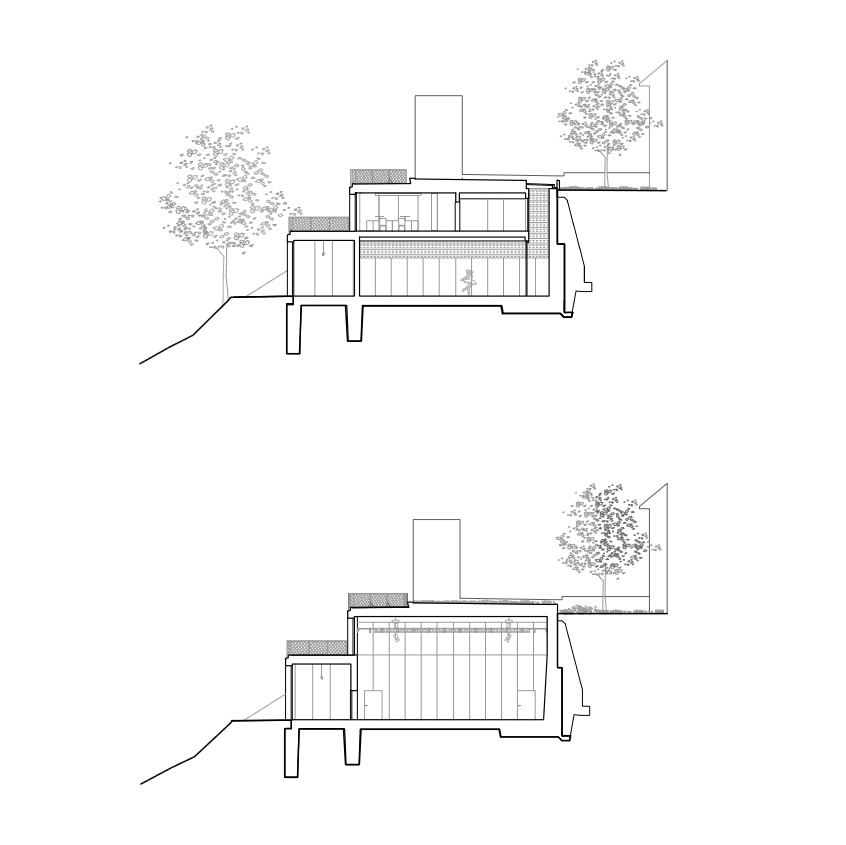 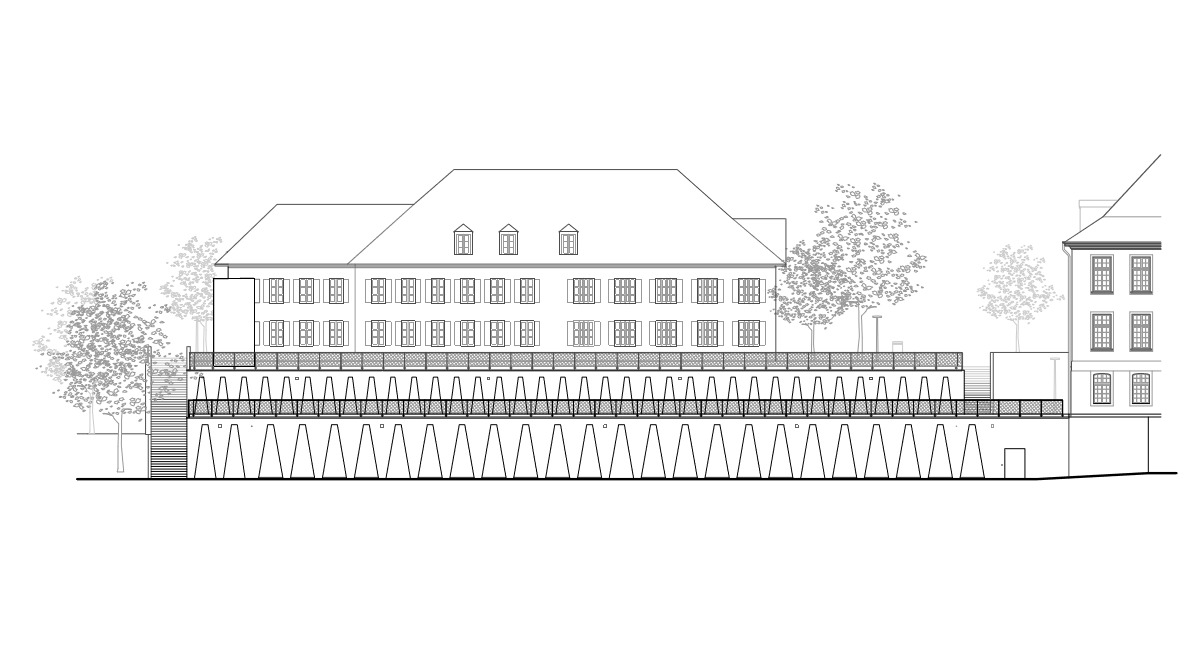