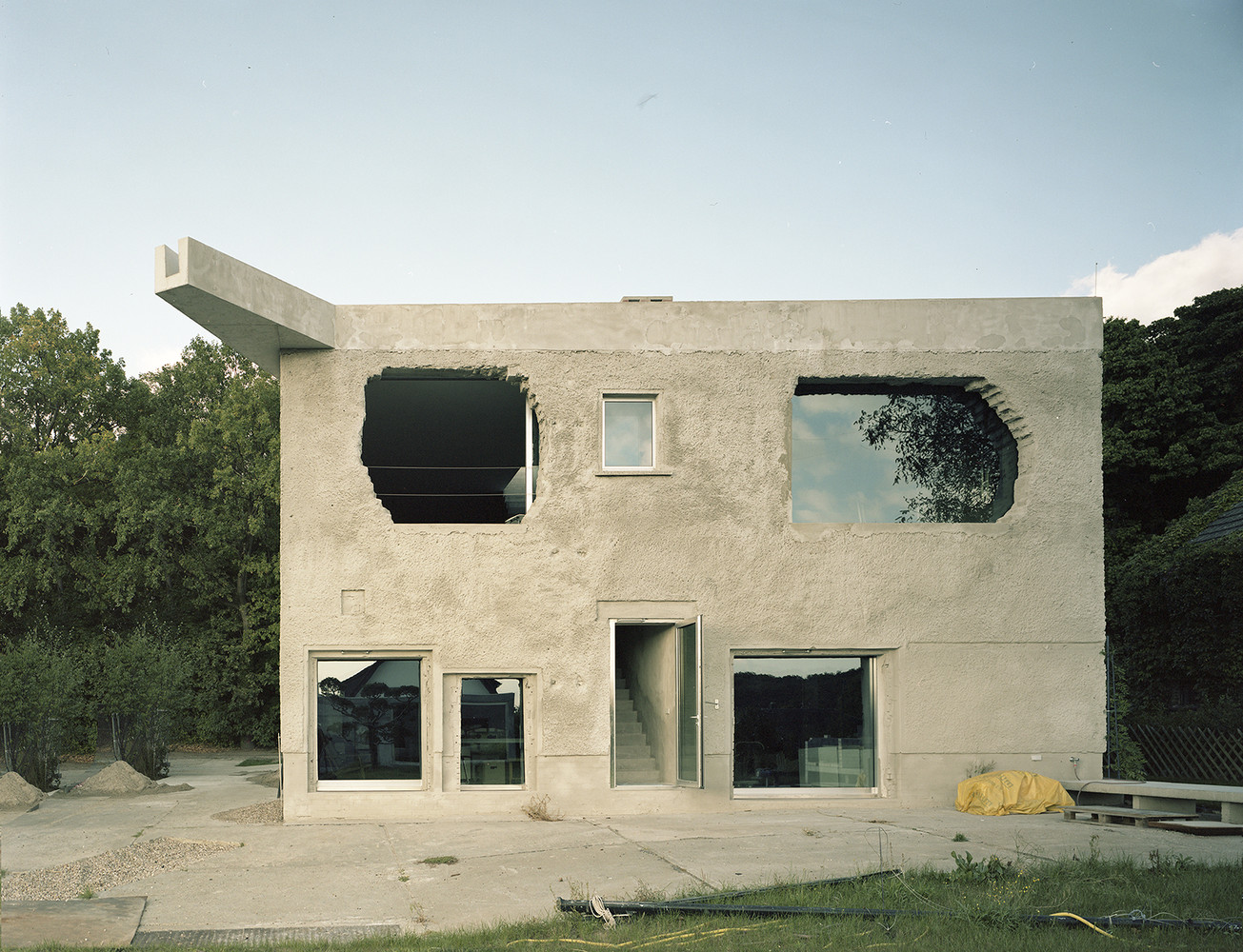 Naked architecture is rough and course and it deliberately flaunts its skeleton structure or its uncovered reinforced concrete walls. As such, this architecture tends to favor the sense of touch. It is a modern invention that appeared at the end of the 18th century with the Primitive Hut by Laugier and with Friedrich Gilly’s museum sketches. These models still summarize today the reasons why of naked architecture, from the tectonic to the symbolic ones. Its key moments are two. The first is that of the avant-garde of the last century. In the Tatlin Tower, the desire to create a naked monument is evident, it is a sort of reinterpretation of the Eiffel Tower, in which the structure is a symbol of the new collectivist civilization that it celebrates. The second is that of the 1950s, when the brutalism of reinforced concrete, invented by Le Corbusier, used to embody the post-war existentialism.

With the beginning of postmodernism, that is with the beginning of the architecture of claddings, naked architecture weakens and almost disappears: the exposure of the architectural naked body is not suitable for a period that, from Venturi to Scott Brown, put the representative and communicative reasons before the constructive ones. In this period the structure has progressively lost its evocative and symbolic power. In recent years we have witnessed an unexpected revival of naked architecture, which has expressed itself with a real removal of those coverings that have characterized architecture for decades. Some architects such as Anton Garcia-Abril, Mauricio Pezo and Sofia Von Ellrichshausen and Arno Brandlhuber can be considered paradigmatic in this regard.

But today’s rediscovery of naked architecture features differences with respect to the past. In it, ethical and ideological issues have lessened, while the aesthetic ones prevail, which owe a lot to figurative art and installations. Furthermore, the conceptual attitude and the sophistication that often prevail are very different from the pure physicality of the modern naked tradition. Even in this case, however, the desire to denude appears as a rejection of that commercial architecture that has increasingly embraced a speculative real estate. In filigree, in today’s naked forms we can read also an appeal to that authorship of making architecture that seems to be threatened from many sides; an authorship that appeals to the expressive power of materials and primary construction techniques, as if they could be the guarantee not to slip into formal consumerism and technical impersonality.

Today’s naked architecture also denies the desire to reduce the architectural object to a simulacrum for mass communication, as well as the neo-functionalism, which equates it to an increasingly comfortable and consoling machine for living. It is interesting to note how today’s naked architecture is establishing itself in spite of a building market that increasingly requires, for reasons of energy efficiency, the increase of insulating layers. This aspect still reaffirms the oppositional nature of an architecture that intends to evoke the symbolic value of naked corporeality.