The recognition of the right to exist of non-human species represents the principle of the coexistence of species and of the conservation of biodiversity. That of the Elephant World Project designed with the aim to teach the love between species, is one of the beautiful stories of man, of architecture and of the planet, which deserves to be read, understood and considered as a source of inspiration.

The project – including an Elephant Playground, an Observation Tower, an Elephant Museum, a shop, a café and other facilities on a 5,400 sqm plot – started with the aim to safeguard the elephants and to show the extraordinarily unique relationship that, since time immemorial, has been connecting them with the local inhabitants, who consider them as part of their family structure.

Due to their close emotional ties to humans, Thai elephants are considered to be among the tamest in the world. For this reason, the Elephant World, started in 2018 and completed in 2020, hasn’t been designed as a collection of cages for undomesticated animals, but rather as a very large residence for members of the human family. I designed the building – lead architect Boonserm Premthada explained – to touch the ground ever so lightly to minimize the interruption of Mother Earth.

This approach, combined with the content of the project, reminds us that the human being belongs, in terms of biomass, to an insignificant species: the 7.8 billion Homo sapiens that populate the planet represent in fact just about 0.01 percent of all living beings. Nevertheless, our impact on the other life forms has been and continues to be devastating: we have slowly, over the course of history, depleted the planet, causing the extinction of more than 80 percent of wild mammal species and half of the plants. It’s time we listen to the sound of non-human lives that speak to us – architect Premthada added – as it is only by reducing anthropocentric thinking that we may become more human.

Ban Taklang Village, better known as the Elephant Village, has been hosting a community of Mahouts, the elephant keepers, for over 360 years. Currently, with its 207 elephants, this village is the most densely populated area of domesticated elephants in the world. Here local Kui people and elephants depend on and learn from one another from birth to death. Understanding this extraordinary coexistence was the starting point for the architects of Bangkok Project Studio to contribute to preserve the uniqueness of this place, which was gradually disappearing, crushed by the logic of consumerism.

The growing demand for profitable crops had in fact led to steal land from the national reserved forests and from the Wang Talu floodplain forests, once rich in vegetation that served as food and medicine for the elephants. With the shrinkage of these areas and the shortage of these natural resources, many Mahouts were forced to work with their elephants in these new crops or to move to the cities as attractions for tourists, with heavy consequences for the health and the wellbeing of both. As long as this situation persists, the elephant population will only keep declining and may eventually become extinct.

In 2015, to avoid this risk, Thai Government decided to finance the project to safeguard the elephants and the Kui community within a cultural and nature conservation learning centre. The project will also create environmental-friendly job opportunities which will make the people economically self-subsistent, thus no longer forced to look for work elsewhere. The elephants, after having been forced to work on the commercial crops or in the cities, will finally be able to return to their habitat. The project, representing a new dimension of continuous dialogue between architecture, landscape, environment and science, all explained through art, consists of an Elephant Playground, an Observatory Tower, an Elephant Museum and other facilities. All the structures were built on abandoned land, deforested in recent decades, so no trees were cut down for their construction.

The Playground features a 70×100 m sloping wooden roof, 1.5 m thick, which spans a large ground where cultural events and religious ceremonies from birth to death of humans and elephants will take place. Standing on the edge between the playground and the forest, a 28 m high Observation Tower invites visitors to admire the landscape and to reflect on the coexistence between species: here there are human and elephant houses, human and elephant graveyards, all embraced by the same forest and traversed by trails that men and elephants use together every day.

The tower’s footprint is oval, with an acute angle on one side to reduce the wind strength and dissipate the sun’s heat. Built with locally made clay bricks, the Tower invites visitors to disperse in the air, from the 20 m high platform on the top floor, the helix-shaped seeds of the local Apitong tree, from which new plants will grow, thus actively contributing to the reforestation of the area, until – as the designers wrote – the forest returns to its land, this manmade building succumbs to nature and architecture has so completed its task. A new way of looking at architecture, as a means and not as an end, that should be taken as a model in other projects.

The Elephant Museum features some curved walls of varying heights in handmade fired clay bricks that slope and cross one another, guiding visitors along the exhibition path, marked by courtyards of different shapes and sizes – some are filled with small pools, some with reddish earth just like the landscape outside – and four exhibition areas. Three of these areas host the museum exhibitions, while a fourth area houses the reception hall, the main exhibition room, a research room, a seminar room, a café and a museum shop.

Inside the museum, which tells the stories of the coexistence between elephants and Kui people, encouraging the locals to take pride in their rich ethnic heritage, only a soft zenith light is allowed, creating a peaceful atmosphere that reflects the gentle and peaceful nature of these elephants. All these buildings, which have become a symbol of the stories and lives of the people and of the elephants, invite to reflect on a life in balance with nature and on the power of resilience in the face of the global changes occurred in the last century. 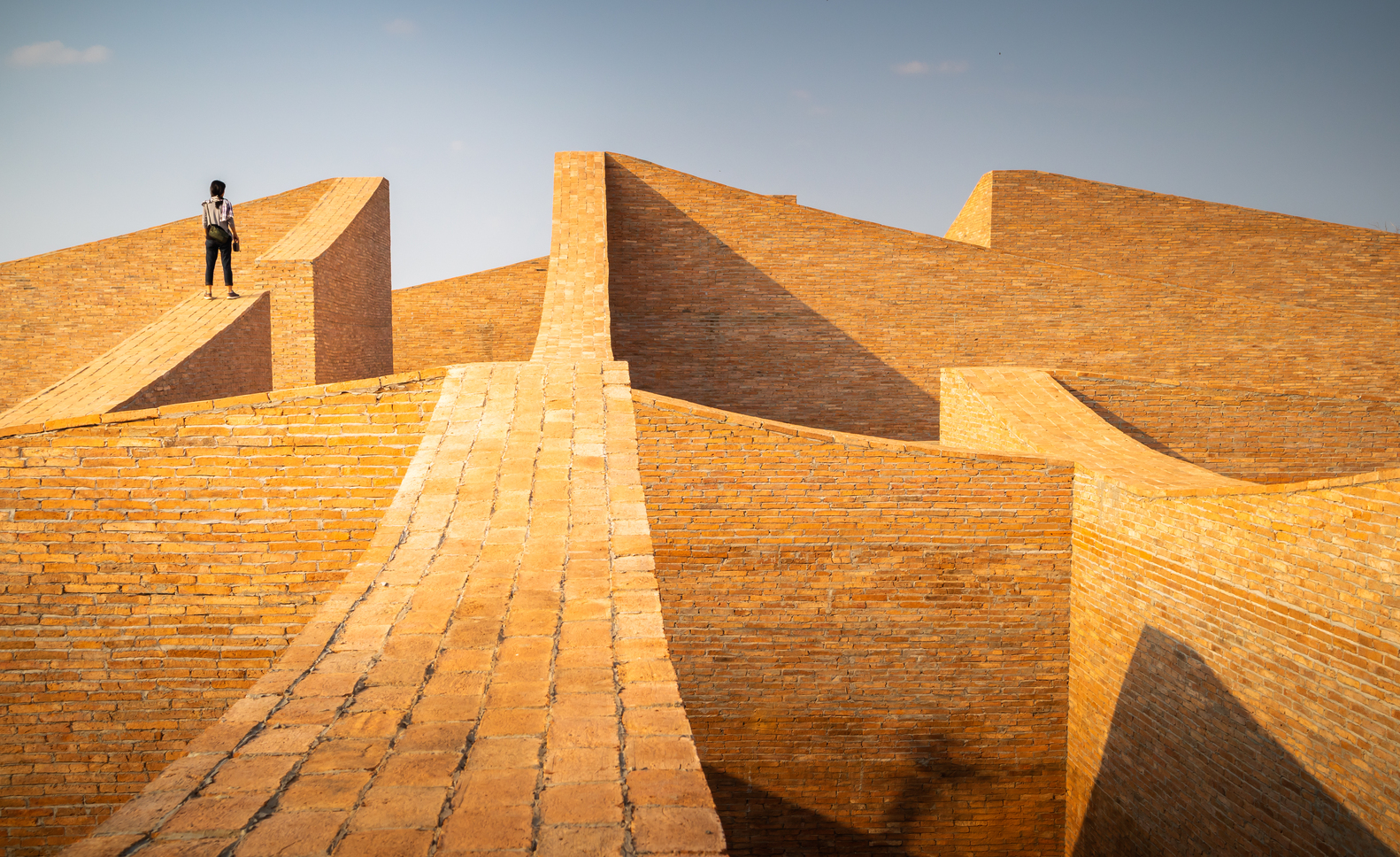 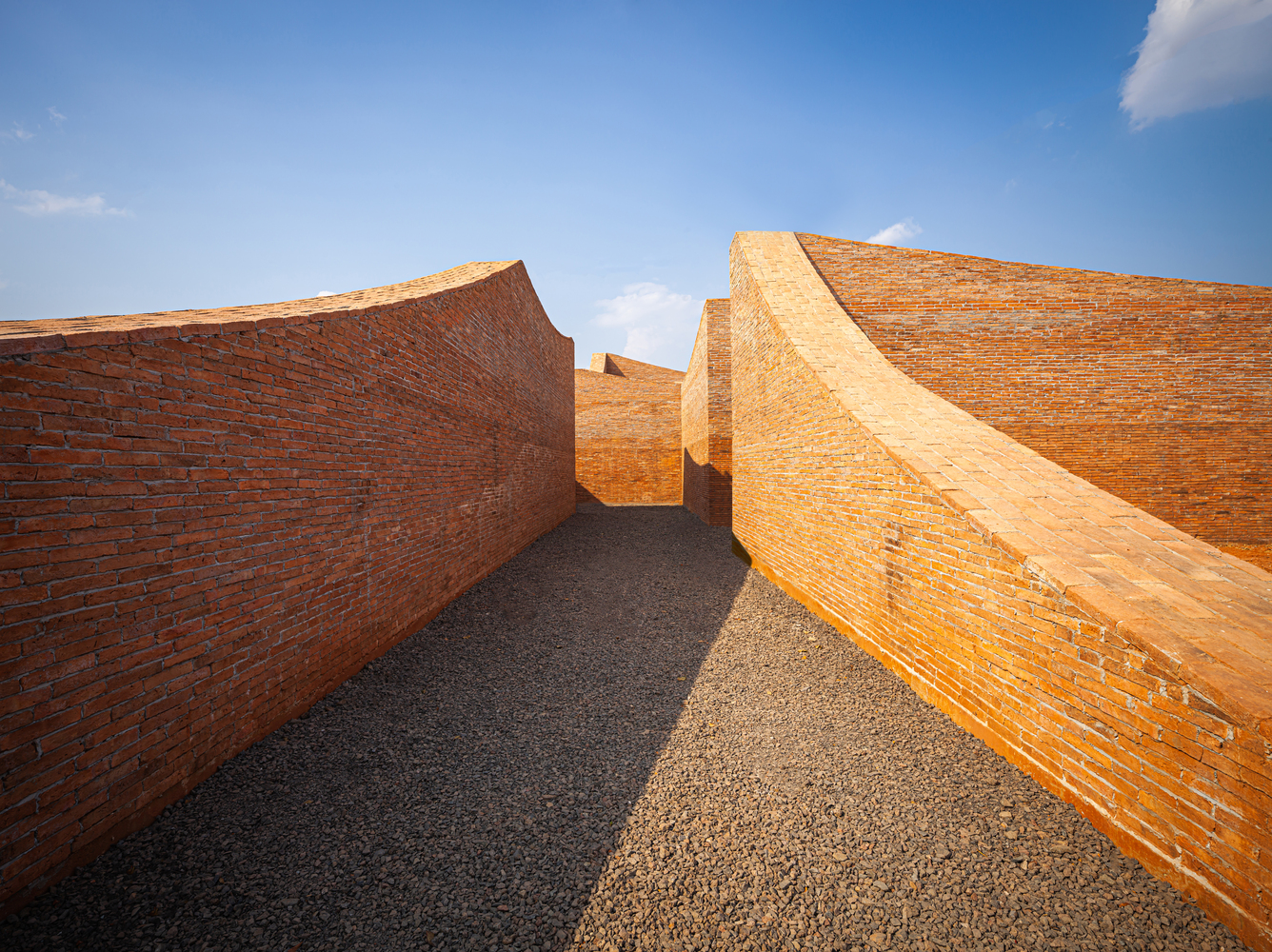 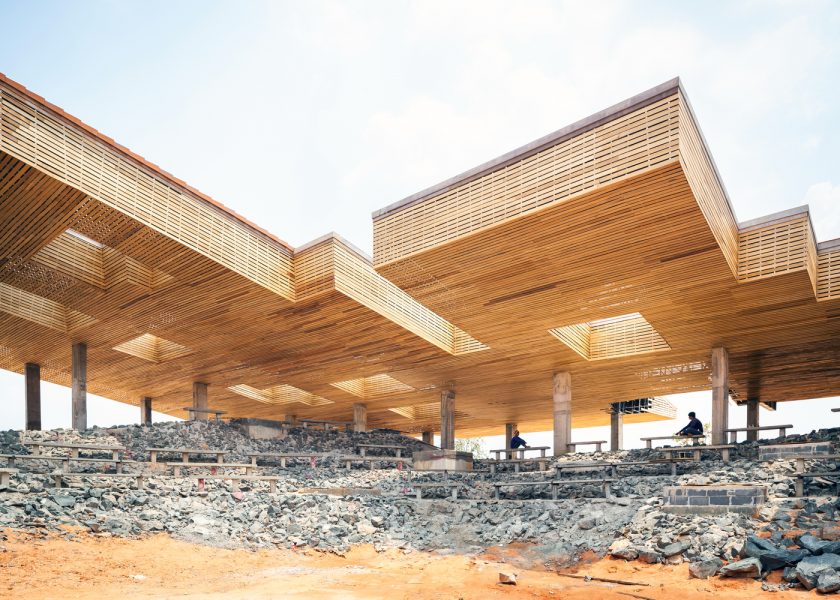 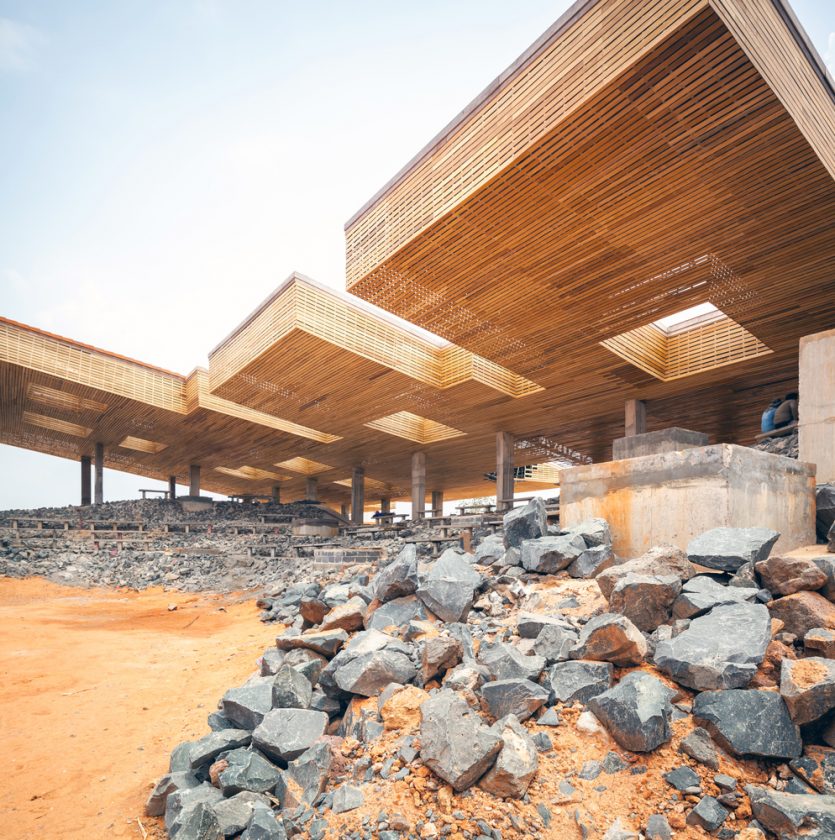 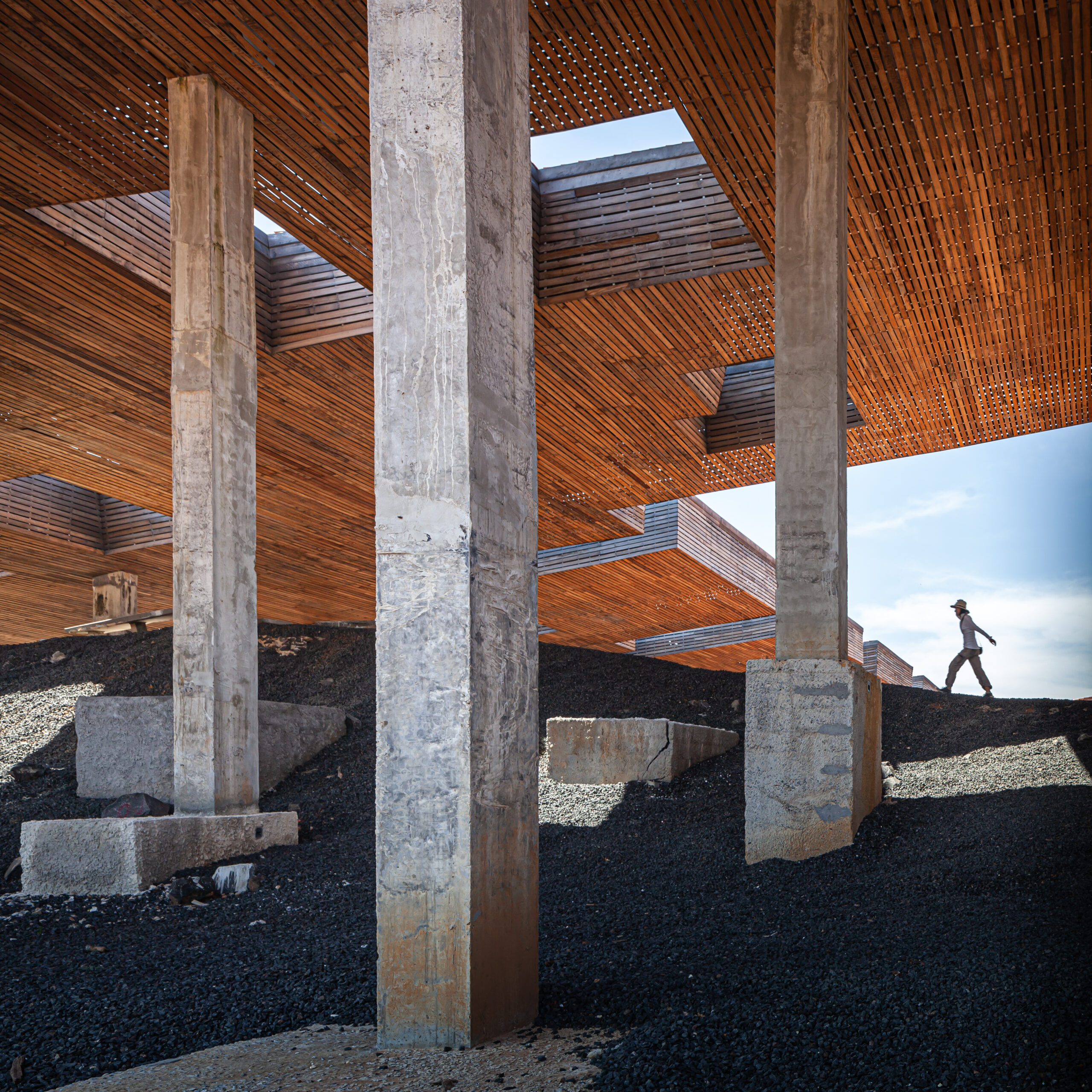 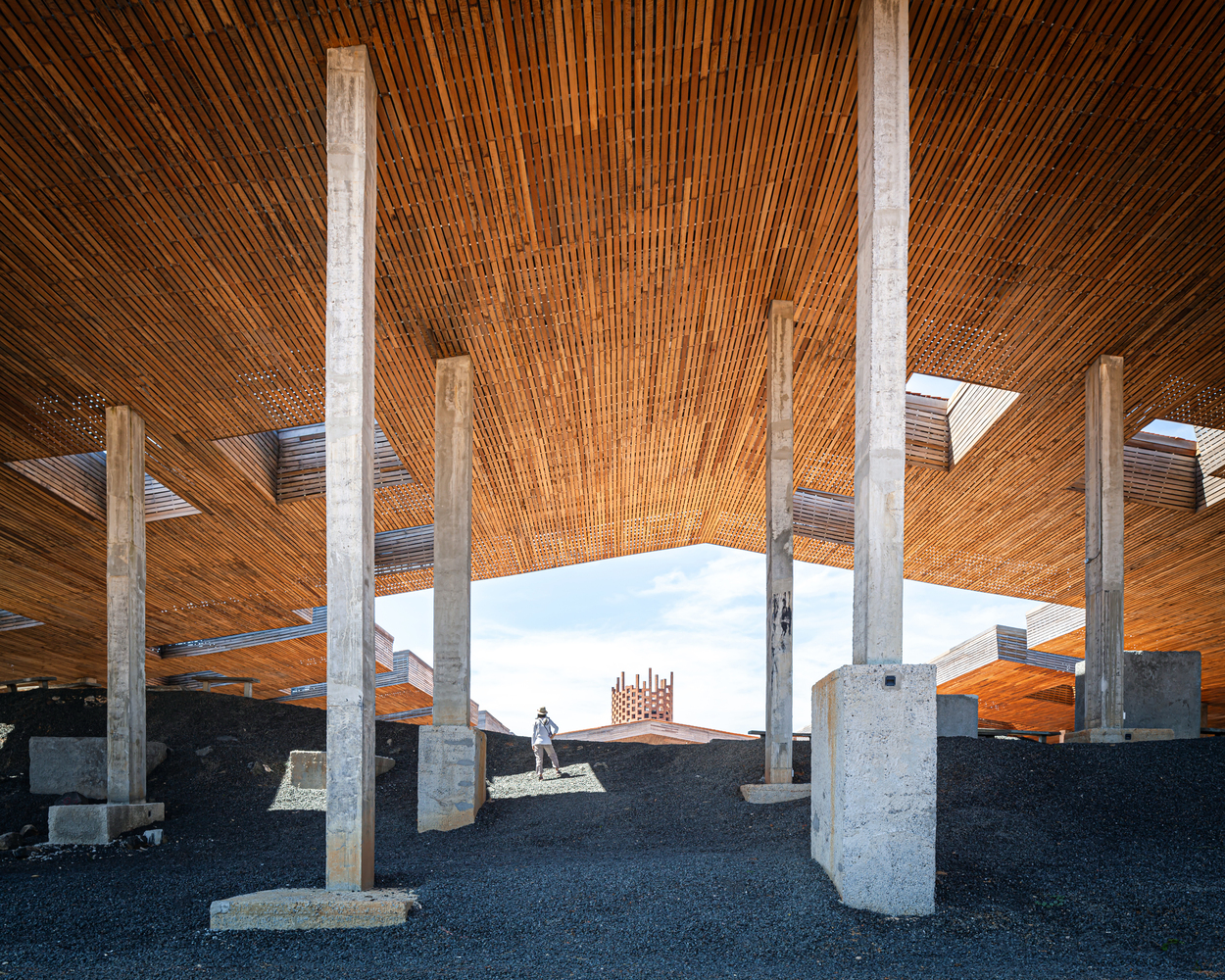 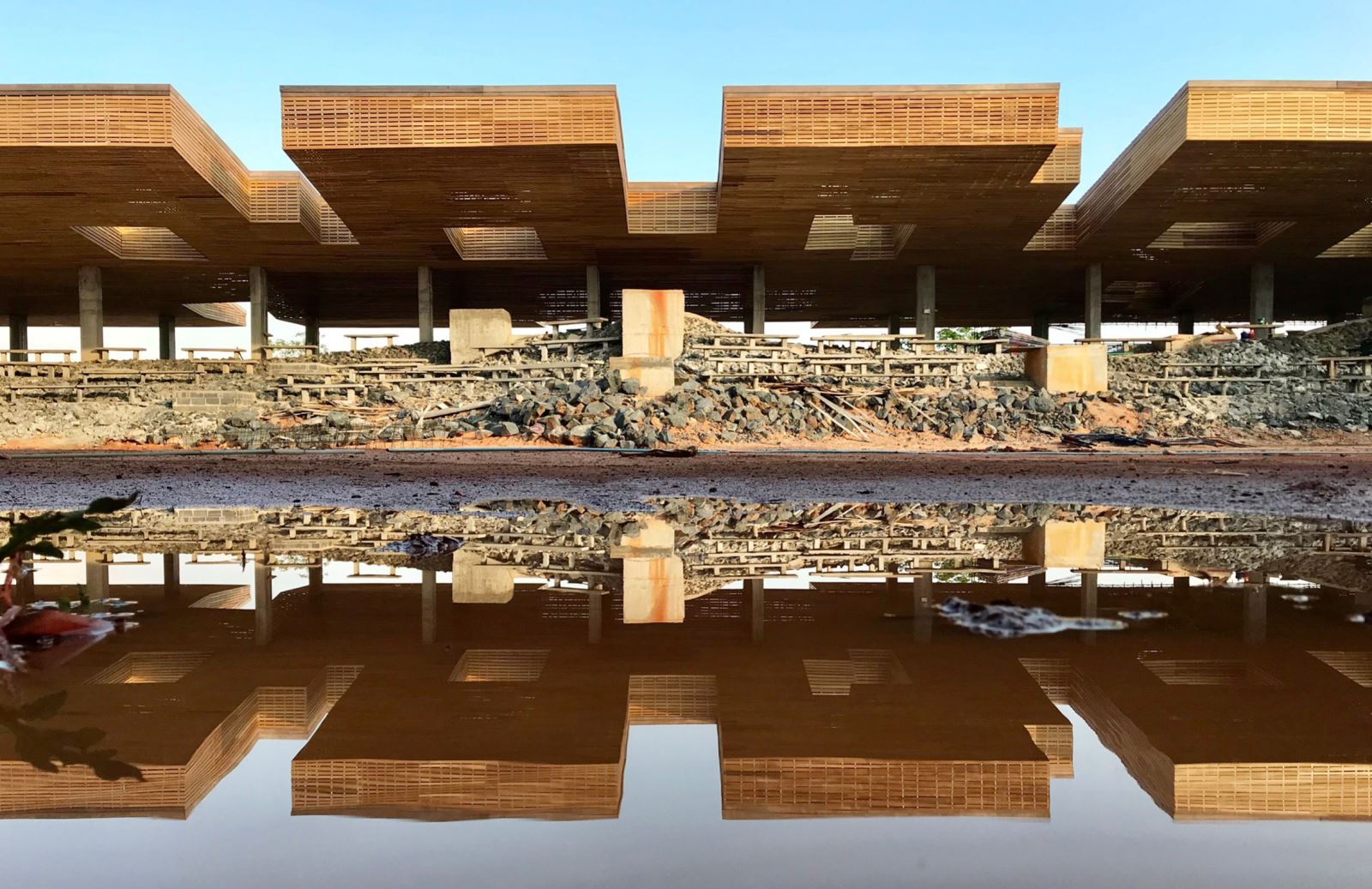 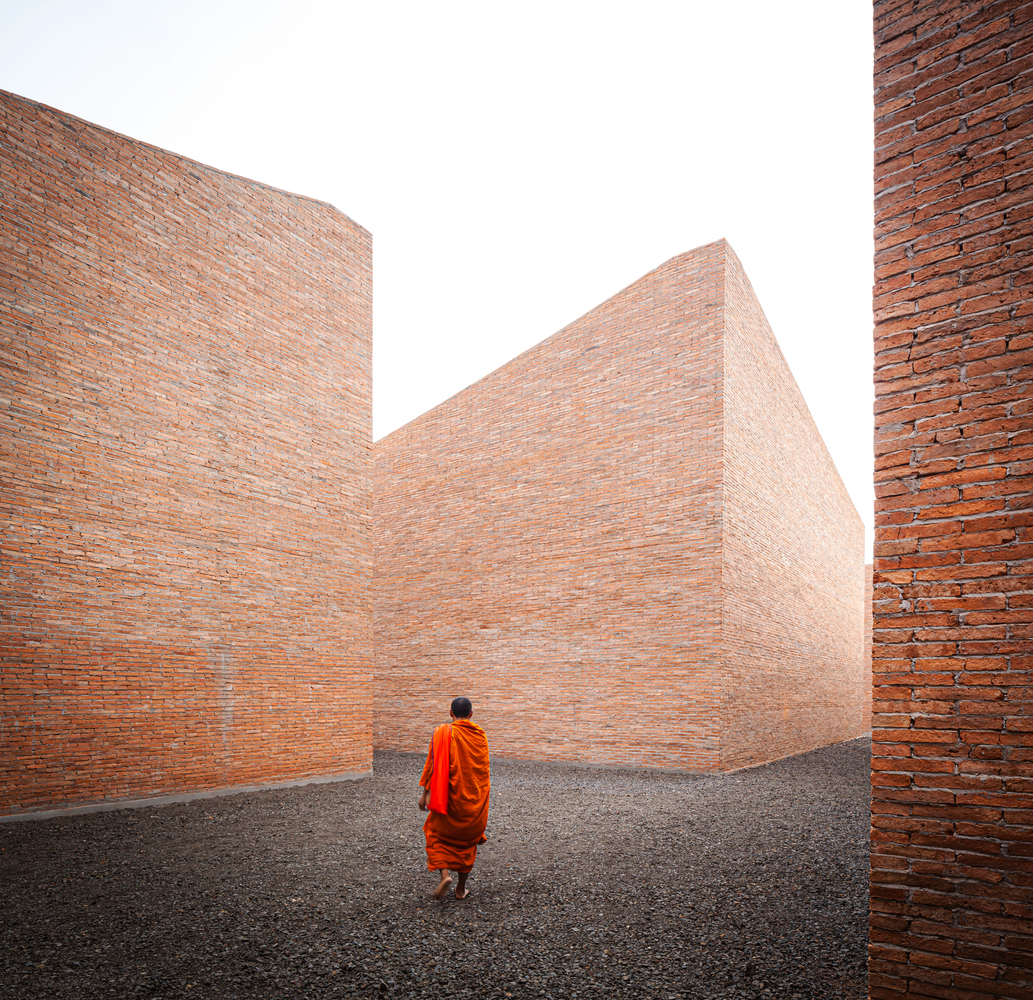 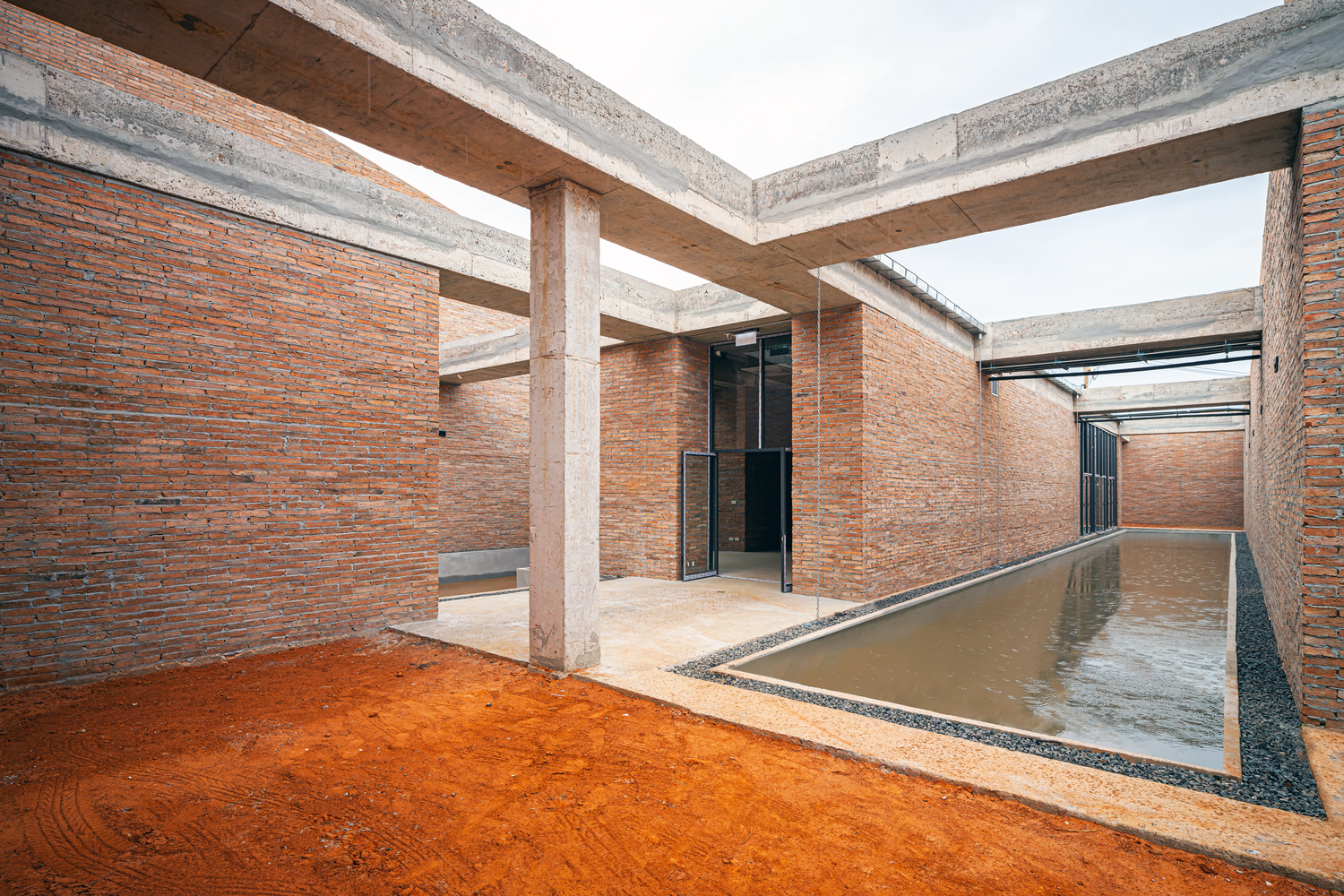 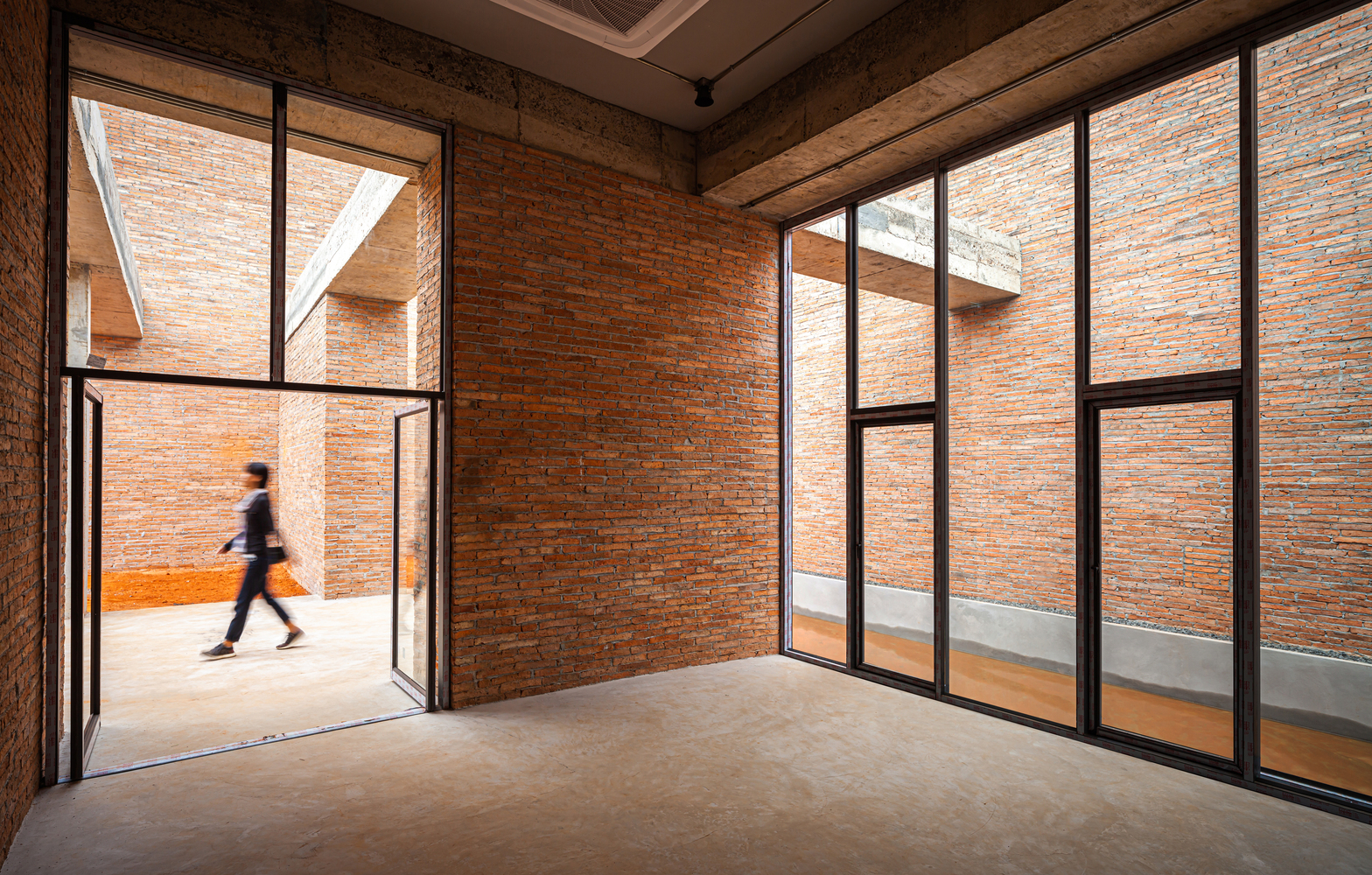 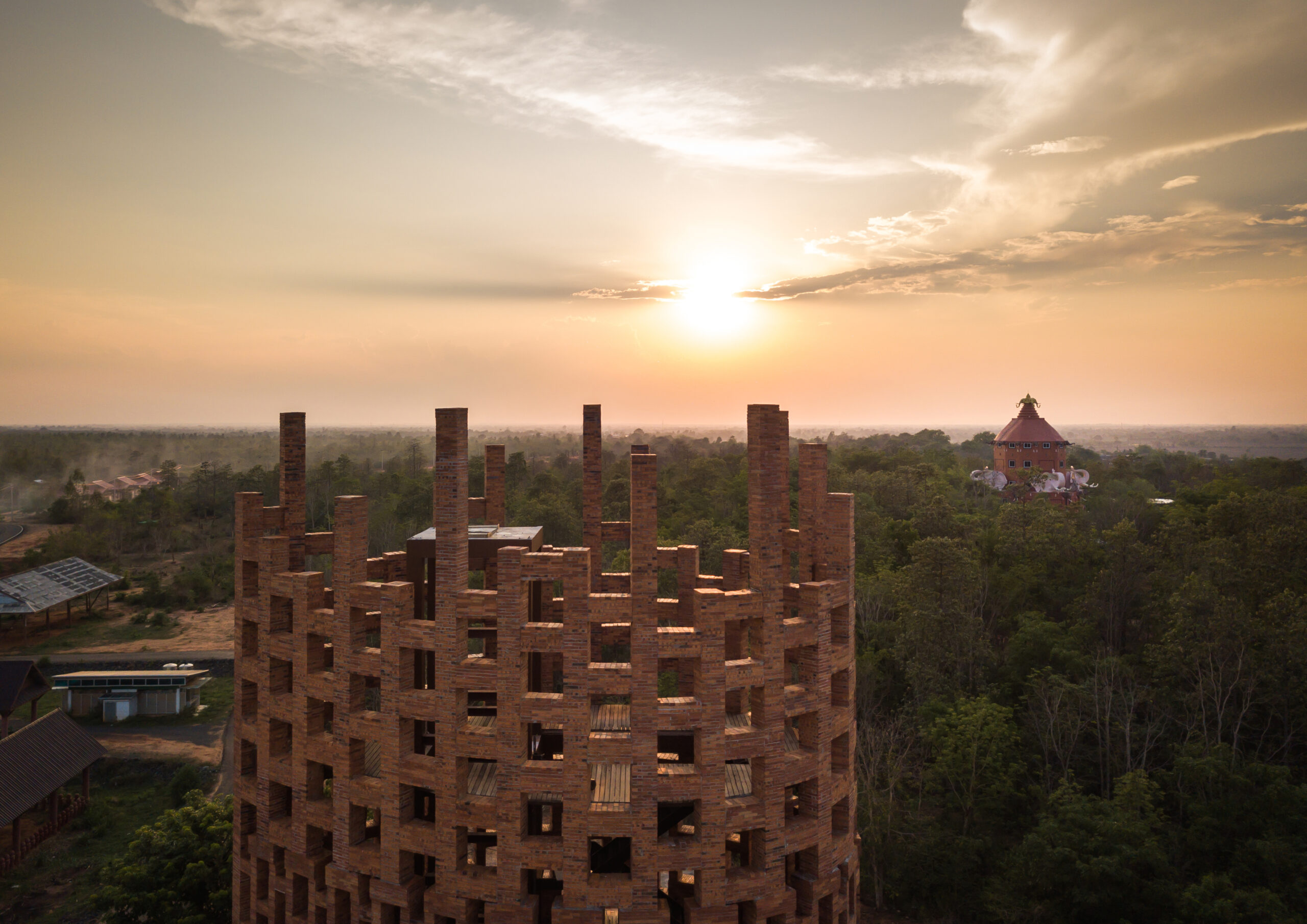 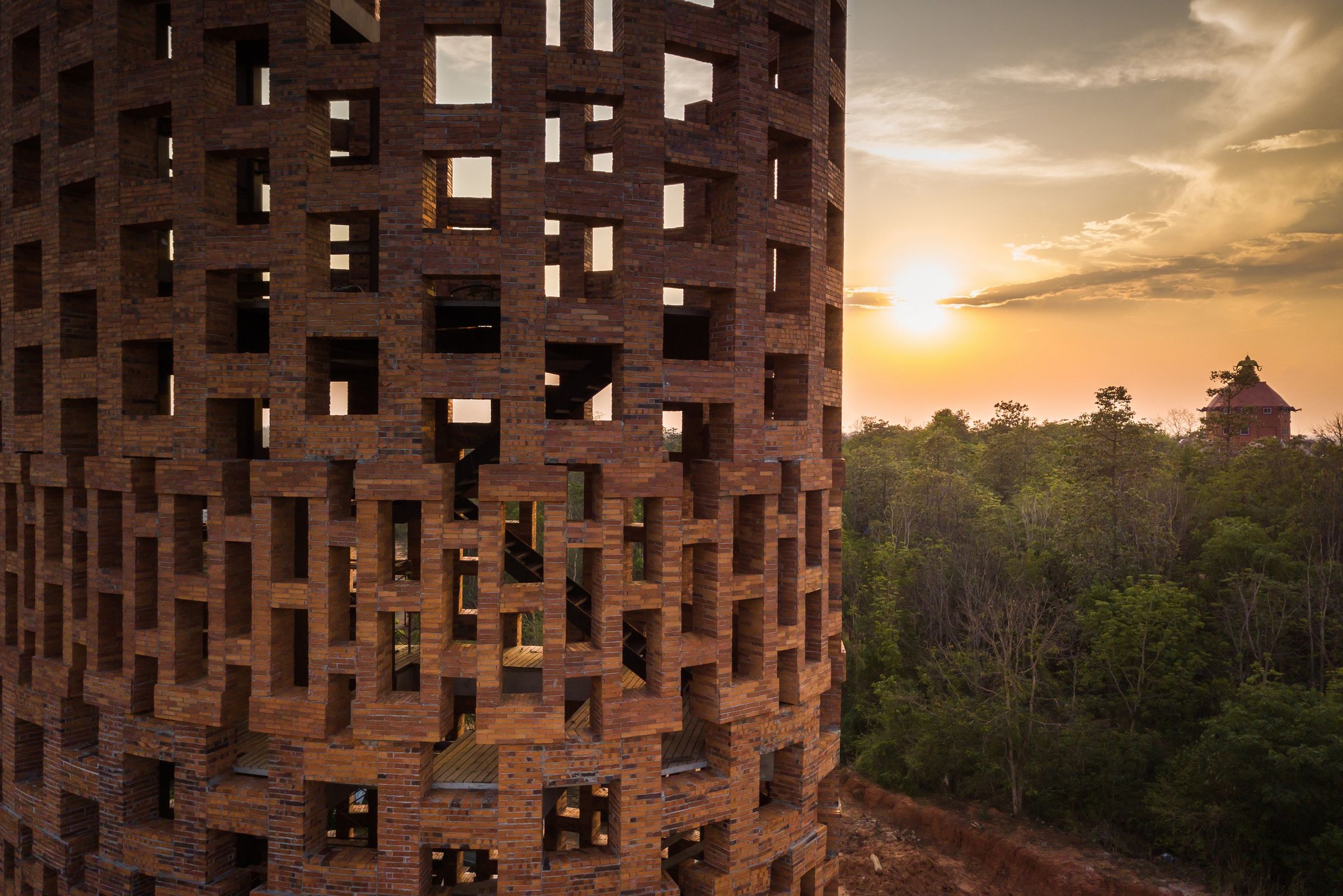 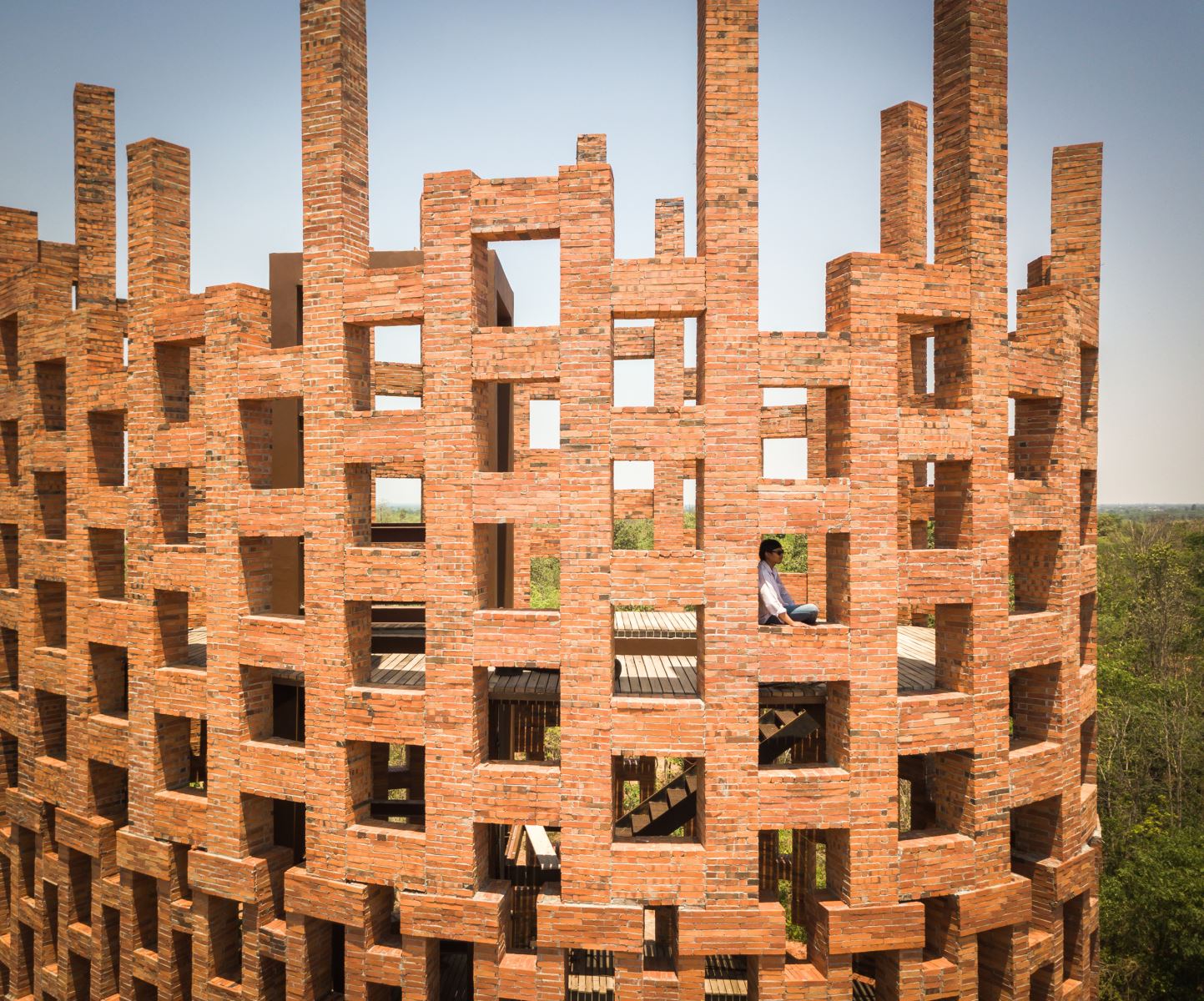 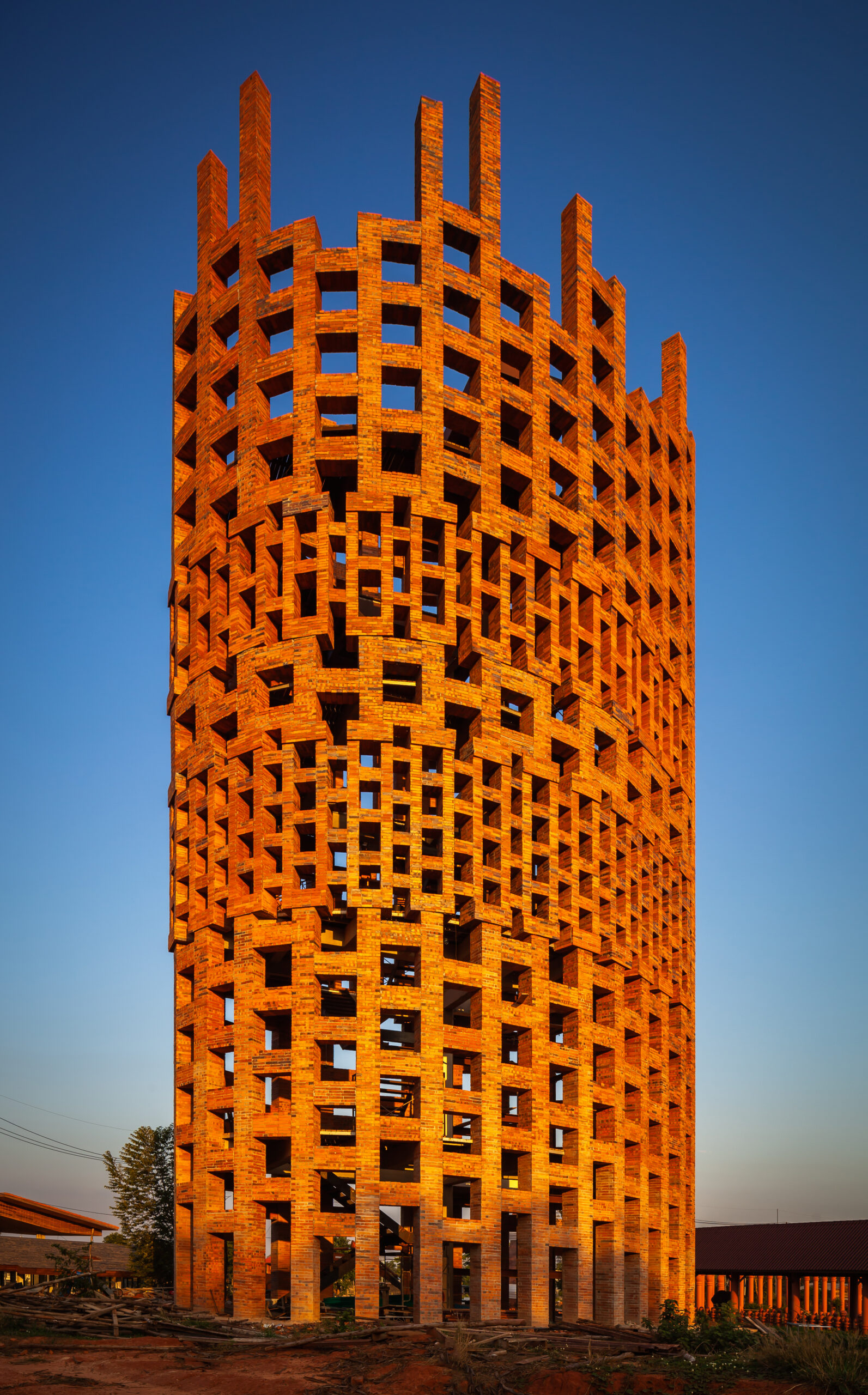 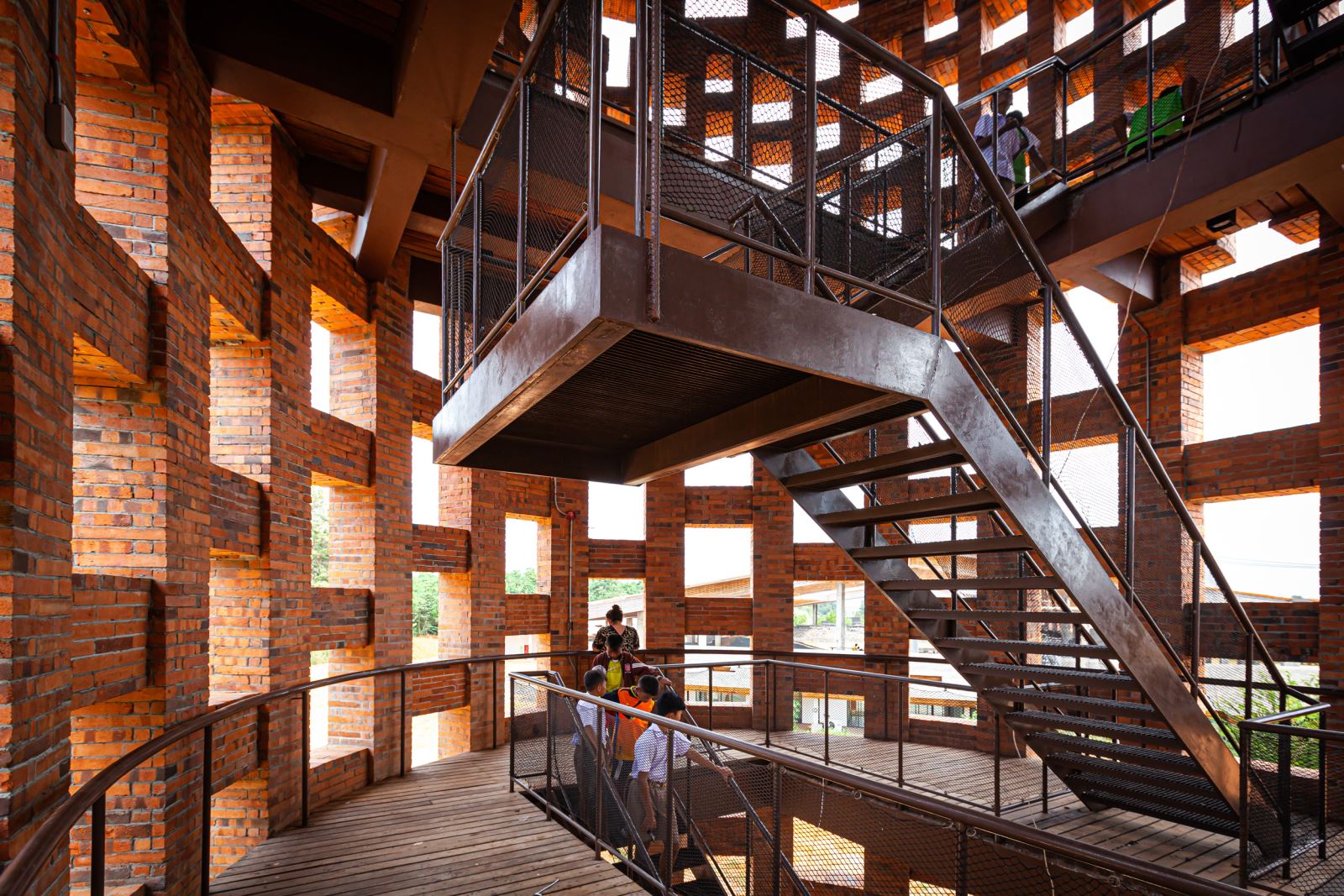 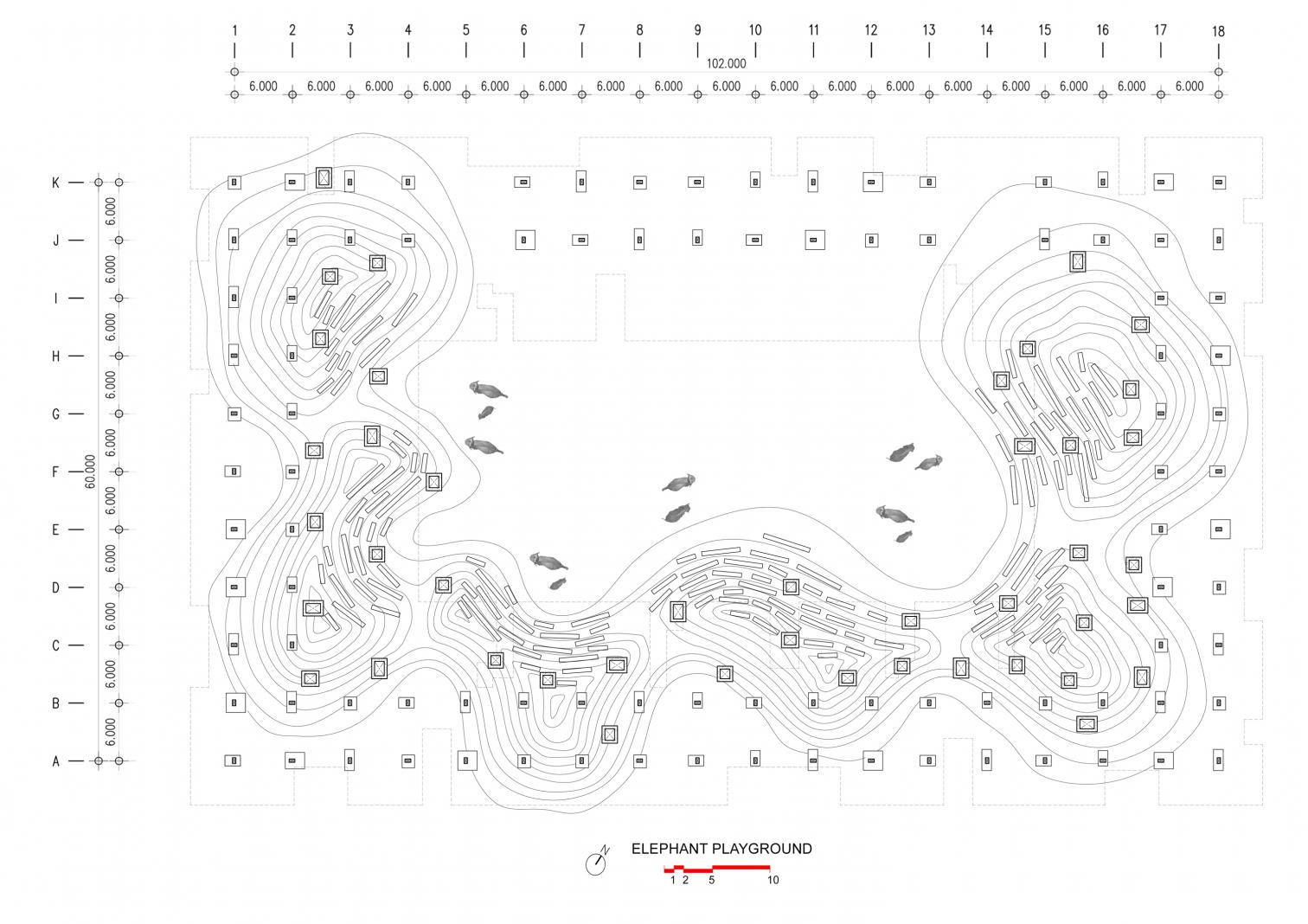 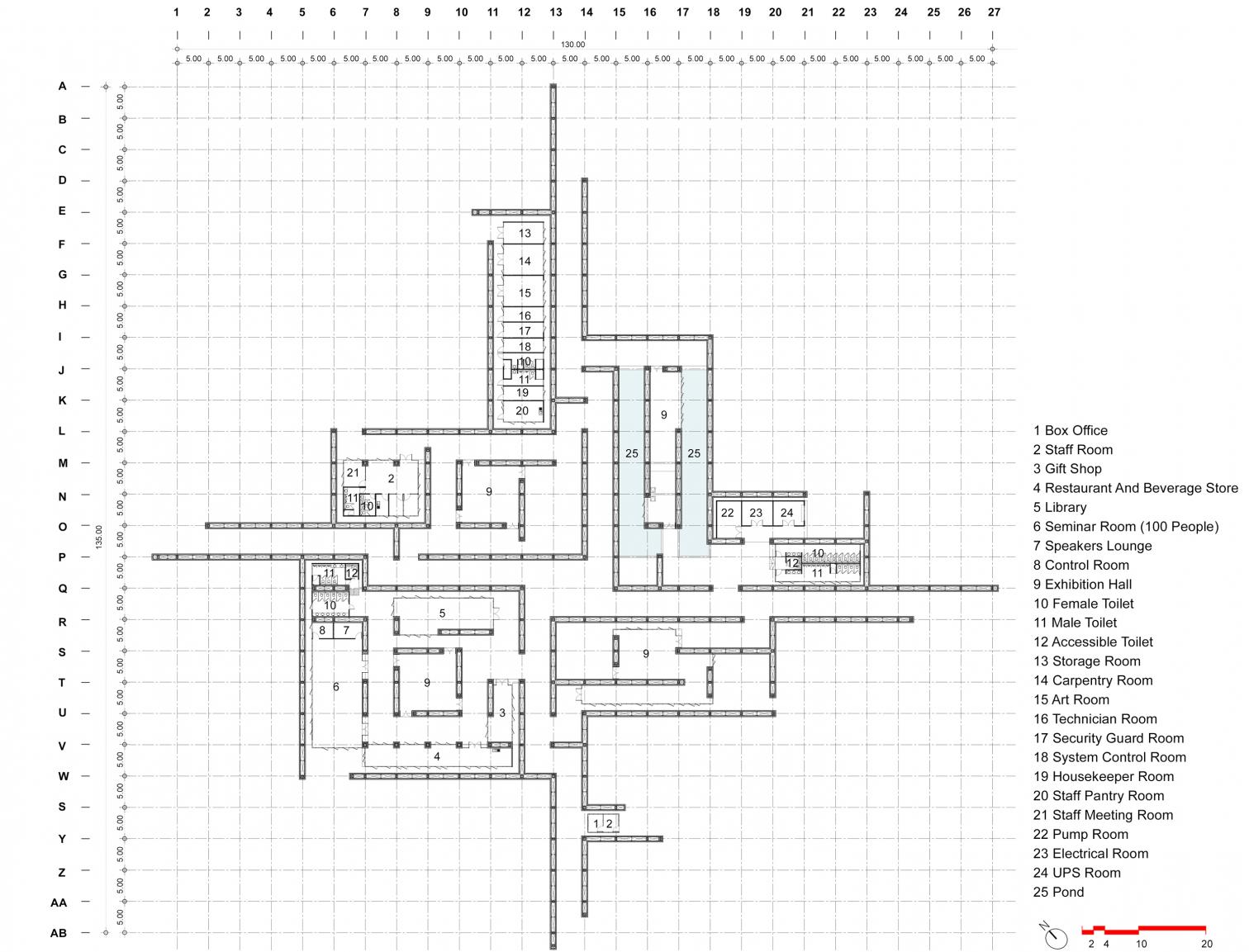 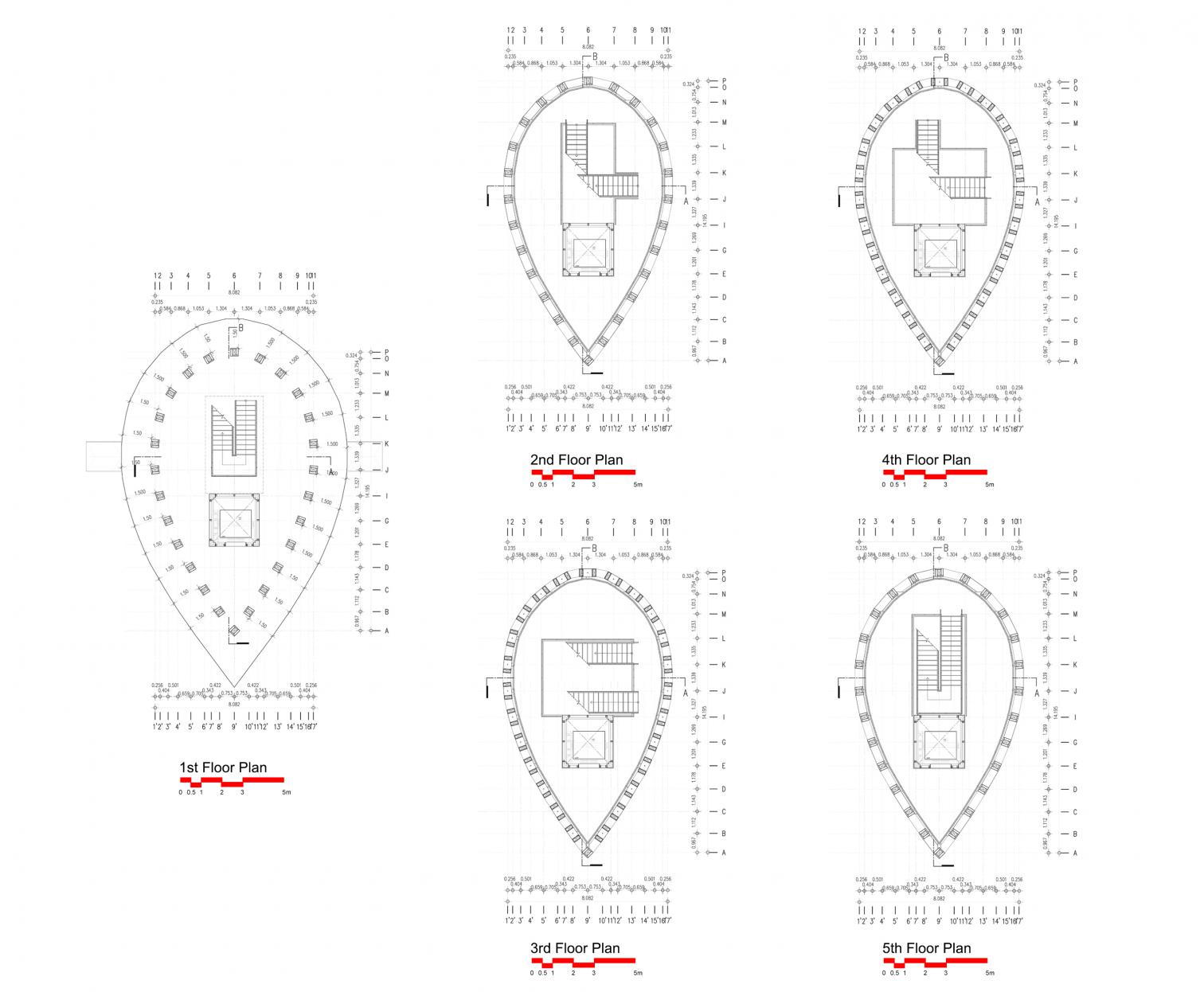 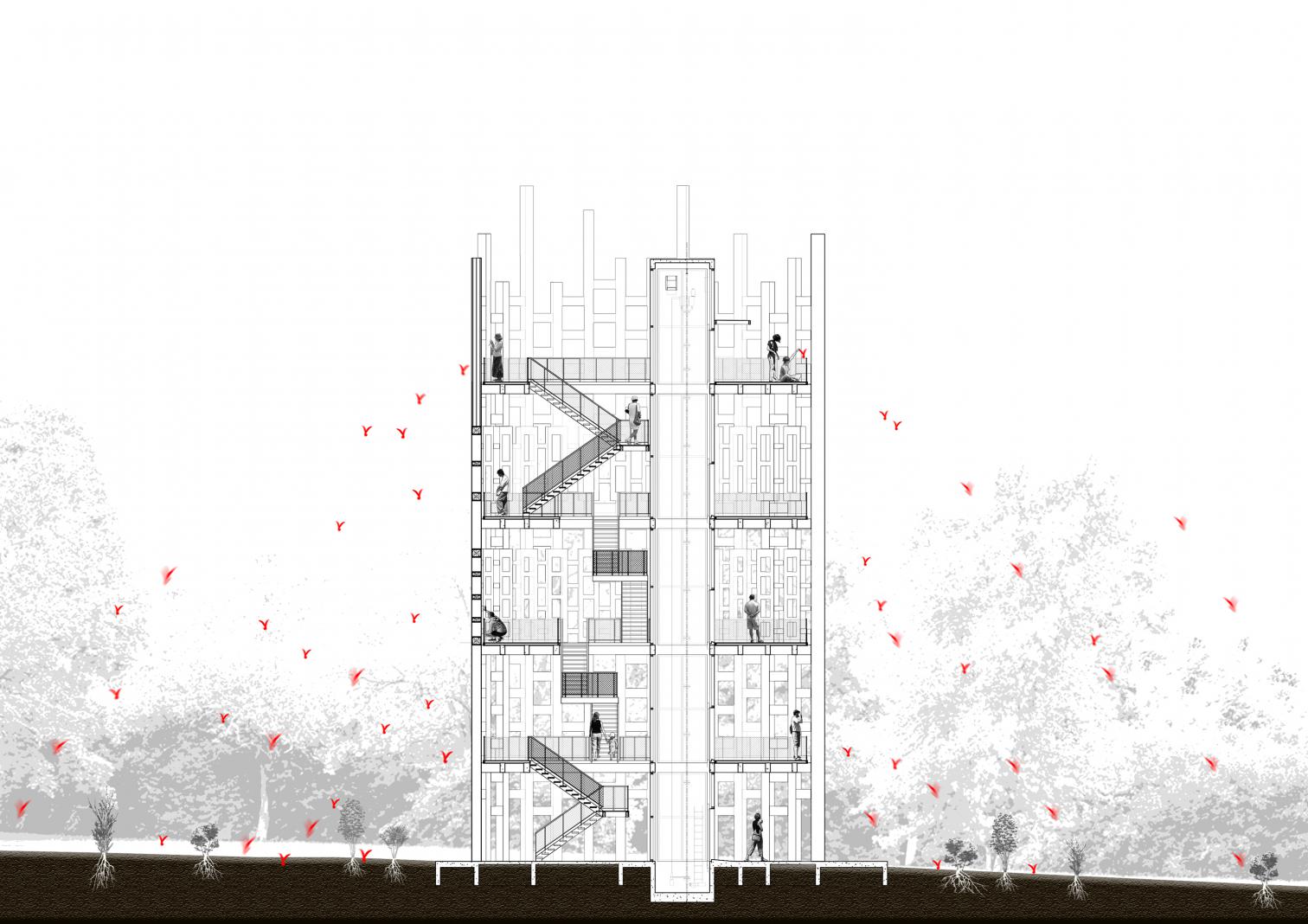