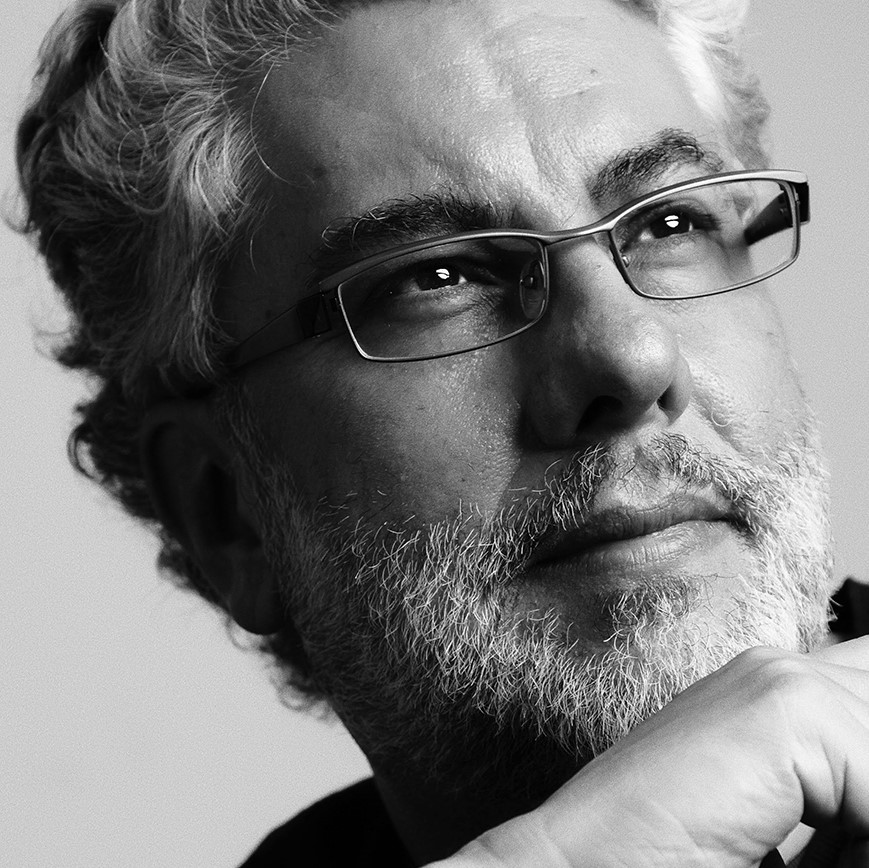 Born in São Paulo, Brazil in 1952, he graduated in 1976 from the School of Architecture and Urbanism at the Mackenzie Presbyterian University. Son of engineer Aron Kogan, who was famous in the 1950s and 1960s for the design and construction of big buildings in São Paulo, such as Edificio São Vito and Edificio Mirante do Vale, he has followed his father on construction sites since he was a child. During the onset of his career, he divided his time between cinema and architecture, until 1988, when he decided to devote himself exclusively to architecture. At the end of the 1970s he founded the MK27 architecture firm in Sãn Paulo, today comprised of 30 architects and various collaborators worldwide, and winner of more than 250 national and international awards, including: IAB (Institute of Brazilian Architects), São Paulo Architectural Biennial, WAF, Architectural Review, Dedalo Minosse, Record House, Leaf, D&AD, Spark, Barbara Cappochin, Iconic and Buenos Aires Ibero-American Architectural Biennial. In 2012 the studio represented Brazil at the Venice Biennale. The projects by StudioMK27, particularly appreciated for their formal simplicity and attention to detail, show, on the one hand, the best of Brazilian modernism – at least from a formal point of view – while, on the other hand, they continue that initial process of opening to contemporary international production from countries such as Spain, Belgium, the Netherlands and Japan. His projects include: “Casa Plana”, “Casa Pasqua”, “Casa Tetris”, “Casa Da Rampa”, “Casa Na Mata”, “Livraria Cultura” and “Casa MM”. Marcio Kogan is Professor at the Milan Polytechnic and at the Escola da Cidade in São Paulo and an honorary member of the “AIA” (American Institute of Architecture).

Unlike those architects who have in their early works the greatest and most radical representation of their view, Marcio Kogan’s projects needed more than twenty years to define their identity. This period may be related to the need to create and develop a formal lexicon, rather than the synthesis of a discursive manifesto on the practice of architecture. The strength of his work lies in the precision of design and practice. In this sense, the first projects, which already contain the DNA of his future thought, were a sort of “laboratory”, in which he tested the various architectural solutions. The beginning of his career, viewed in retrospect, appears as a confused juxtaposition of references without cultural, aesthetic or political unity. His architecture comes from this amorphous mixture. If we create a step-bystep evolution of his work, one might easily think that the first works are not connected to the projects developed starting from Casa Du Plessis of 2003. On the contrary, I believe the exact opposite is true: it is precisely in his first (and almost unknown) phase that we have the key to understanding his future architecture. It is equally simplistic to try to explain his professional evolution by referring to a pause in the 2000s during which he moved away from international postmodernism to approach the Brazilian modernity of architects such as Vilanova Artigas, Oscar Niemeyer, Lucio Costa and Rino Levi. 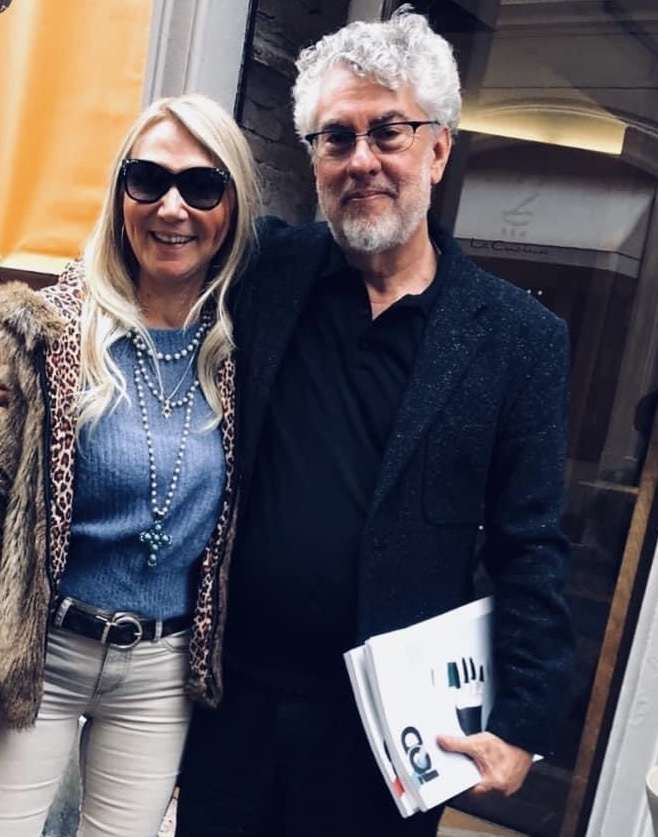 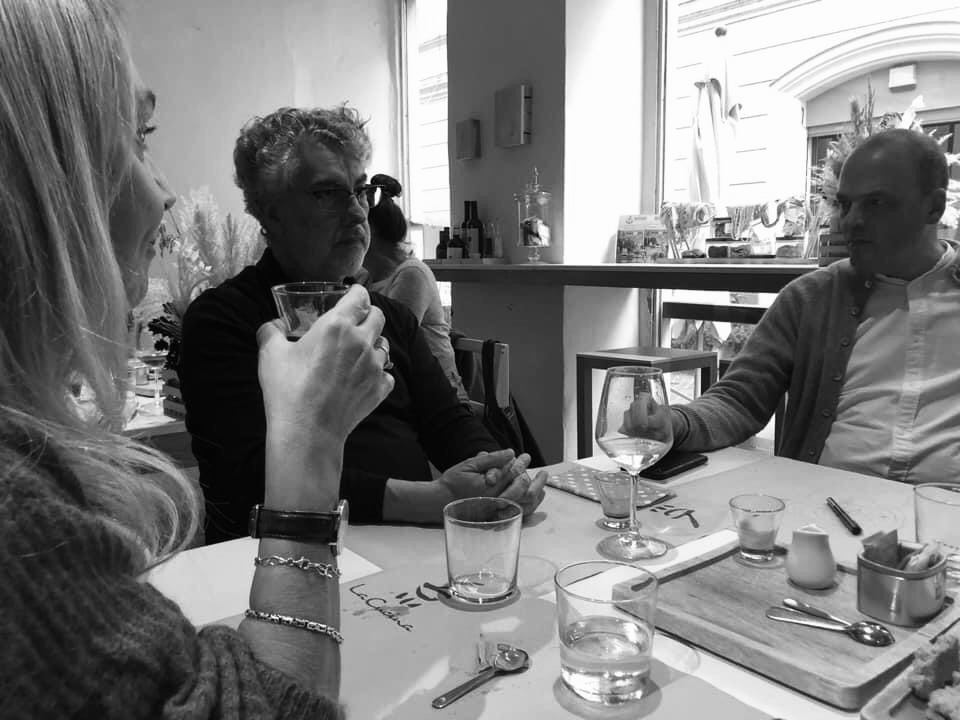 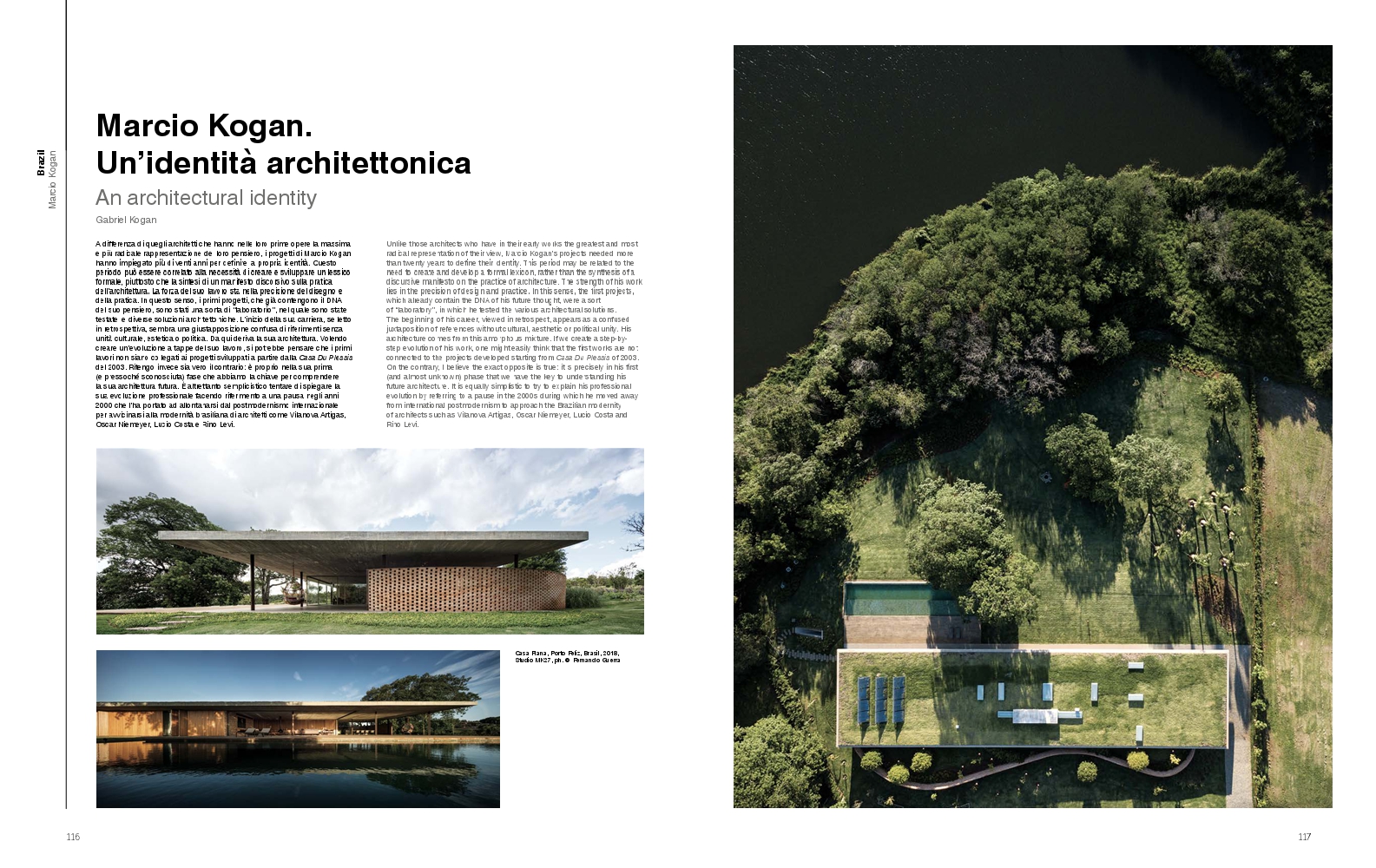 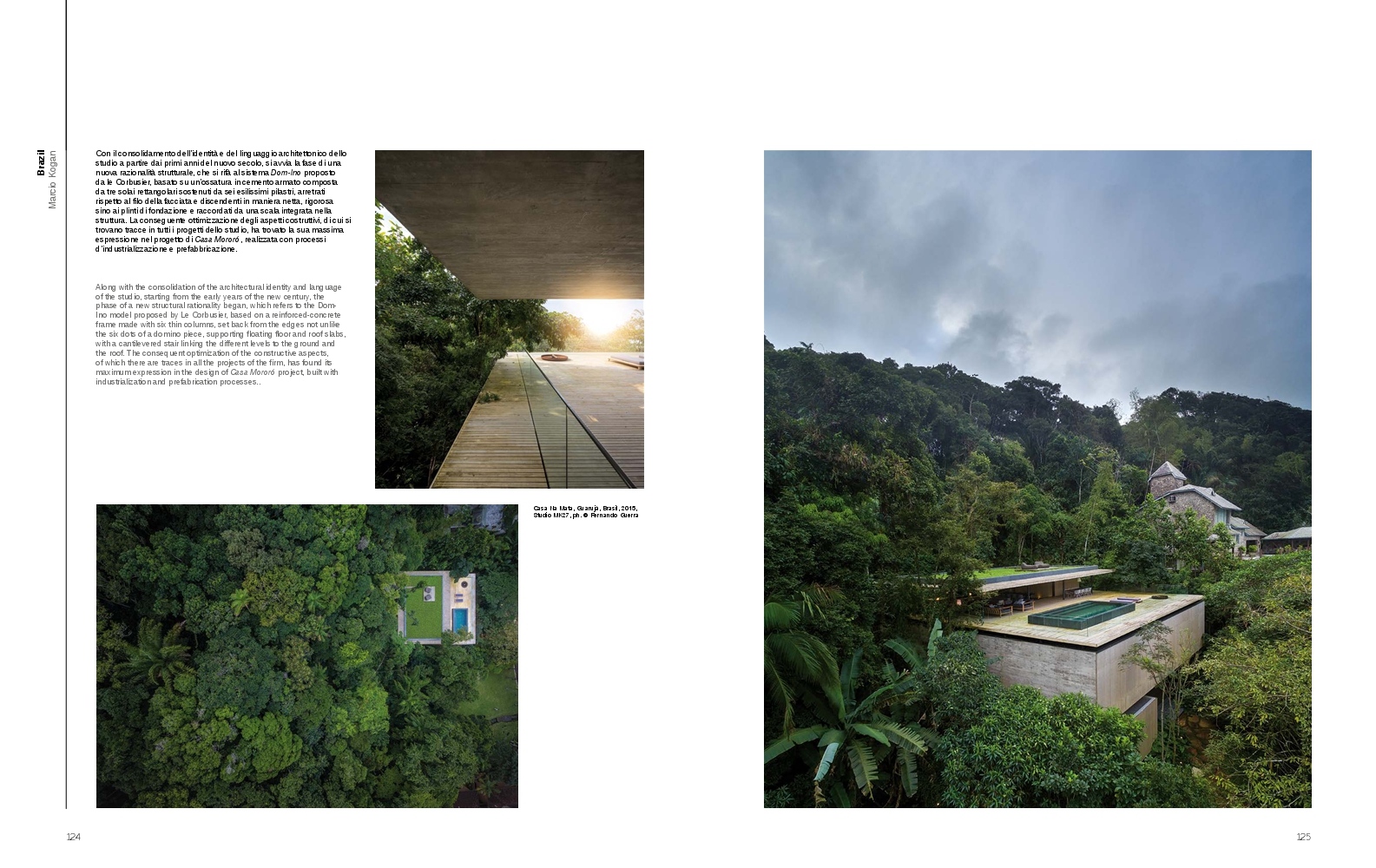 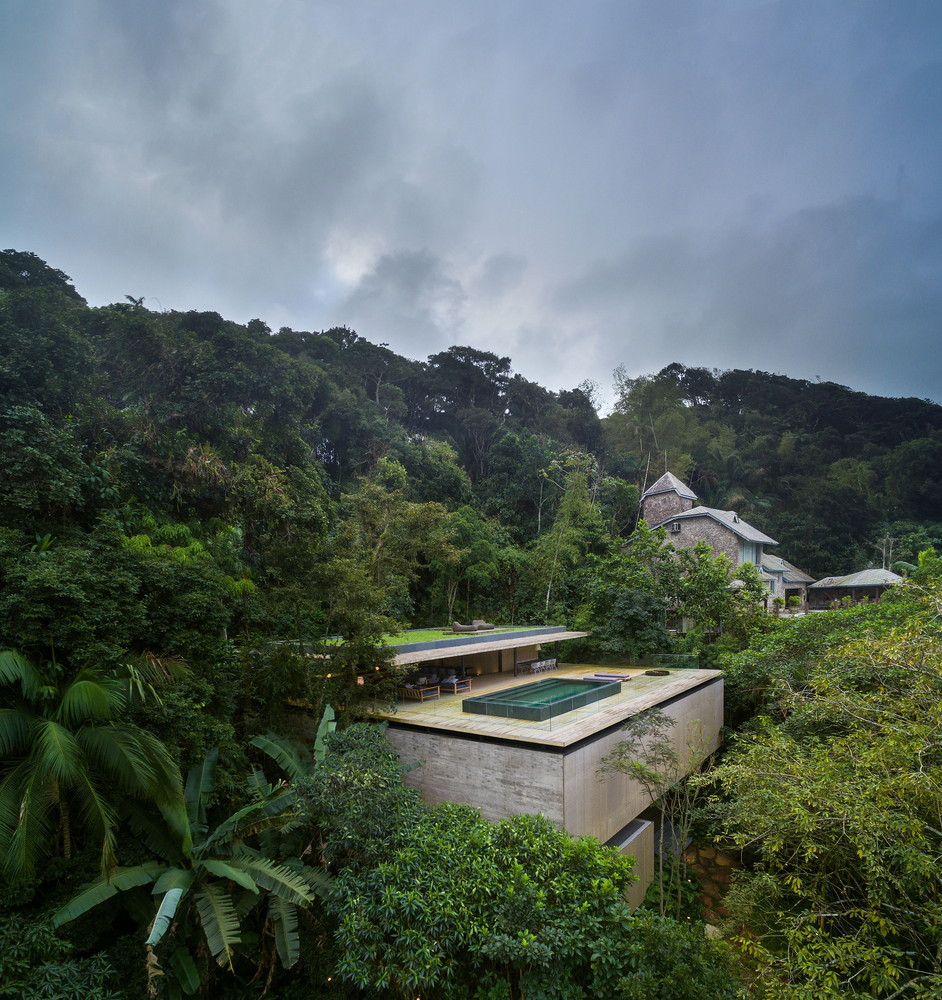